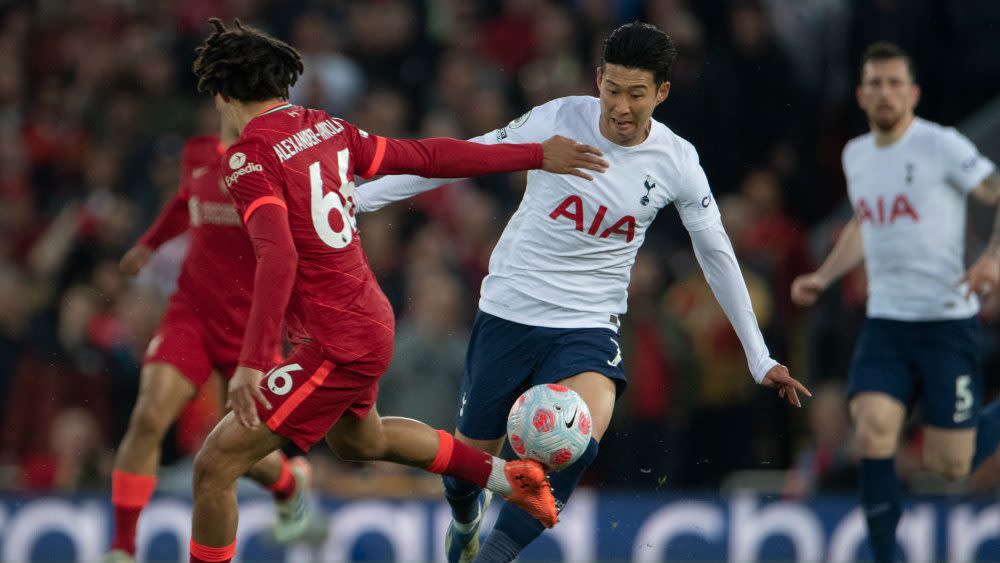 Here’s a look at 10 things that stood out, as our writers Joe Prince-Wright (JPW), Nicholas Mendola (NM) and Andy Edwards (AE) share their observations of recent Premier League games.

10 things we learned in the Premier League – Matchweek 36

1. Manchester United finally hit rock bottom (Brighton 4-0 Manchester United): It will be their lowest points tally ever in the Premier League era. They won’t finish in the top four. They have conceded more goals this season than any other PL campaign. The list of unwanted recordings grows longer and longer. Man United have been heading in this direction for some time this season, but they have finally hit rock bottom. The only way is from here, but it’s a real mess for Erik ten Hag to settle in the summer and beyond. Many of these players know they won’t be there next season and they are everywhere. Caregiver boss Ralf Rangnick is unlikely to be there either given the chaotic nature of the second half of the season. United need a ruthless and rapid reconstruction. The last few months will probably allow this to happen more quickly. This is the only positive point. “Shambles” doesn’t explain how bad it was. (JPW)

2. Klopp’s unstoppable force = Conte’s motionless object (Liverpool 1-1 Spurs): As good as Liverpool are, the Reds have learned how difficult it is to break down a team playing a near-maximum version of Antonio Conte’s ball. Ben Davies had a huge block on Mohamed Salah in the second half which showed that Spurs are not just disciplined but have adhered to what Conte asks of them. Liverpool fans can join Jurgen Klopp in complaining that Tottenham are playing not to concede, but Tottenham are the team to score a goal without a bizarre deflection involved. (NM)

3. Man City make UCL exit a blow and get back to work (Manchester City 5-0 Newcastle): Ahead of the match, Pep Guardiola said the mood of City’s players had improved significantly since their late surrender to Real Madrid at the Bernabeu. It was pretty clear on 90 minutes at the Etihad, as few Newcastle players other than Allan Saint-Maximin seemed to unbalance City. Liverpool’s draw with Tottenham opens the door wider to City’s possible fourth Premier League title in five years, something only one team has done in the last 40 years (Manchester United, three times) . (NM)

4. Lukaku, Pulisic pack their bags (Chelsea 2-2 Wolves): USMNT star Christian Pulisic’s contributions to Premier League action had lasted 12, 45, 14, 19 and 22 minutes in his last five appearances, and his return to the starting lineup the saw an assist pick up when his quick reaction to a Wolves blunder played Romelu. Lukaku towards the box. Pulisic’s last start, on March 5 against Burnley, saw him return a goal and an assist but he quickly fell ill and lost his place. Let’s see if this bright start elevates the end of his season. As for his great Belgium team-mate, Lukaku looked like the answer to the Chelsea striker’s concerns when he scored against Arsenal on his ‘new debut’ and then netted two more on his third Premier League outing with the club, but have fallen out of favor due to injury and coronavirus, only scoring their fourth and fifth of the season in the last two games of December. Saturday’s goals were his first Premier League goals since the calendar changed to 2022. Have the two men left in the summer? (NM)

5. Arsenal’s Nketiah increases his stock (Arsenal 2-1 Leeds): He will be 23 at the end of the month and will be out of contract a month later. Eddie Nketiah scored goals against Wimbledon, Leeds and Sunderland in three consecutive League Cup games but that didn’t inspire Mikel Arteta to use his young striker in more of a substitute role until mid -april. He now has two braces in five starts and nine goals in all competitions. He will surely get a big raise and a bigger chance somewhere on July 1st. With 22 goals in 88 senior appearances and still 22 at the moment, it seems unlikely he wants to stay at Arsenal. The former Leeds loanee now has three goals against them between the cup and the league. (NM)

6. Everton have momentum in relegation (Leicester 1-2 Everton): It’s so important in the relegation battle and Lampard’s boys have it. Everton fans have almost wanted them in the last two games and Pickford are playing superbly, with every player doing their individual job well and the simple things. That, coupled with holding up big wins, is why Everton have momentum and at the moment they look very likely to stay in the Premier League ahead of Burnley and Leeds. Everton’s last four games are against Watford, Brentford, Crystal Palace and Arsenal and you can watch them win at least two to go past the magic marker by 40 points. (JPW)

7. Hammers eager for sixth place (Norwich 0-4 West Ham): Yes, they were devastated to lose to Eintracht Frankfurt in the Europa League semi-final on Thursday when they had just failed in their quest for European silverware, but they responded to that heartbreak so well. Yes, it was the bottom of the Norwich table, but the hunger was there from the first to the last minute on David Moyes’ side. If they win their game in hand, they will move Manchester United to sixth place and they seem determined to seal another Europa League campaign. They will face Man City and Brighton in their final two games and that thirst could be bad news for City. (JPW)

8. Shambolic Saints could be sucked into the relegation zone (Brentford 3-0 Southampton): They have won once in their last 10 Premier League games and they have conceded 24 goals in this run and they badly need to sign a better goalkeeper and centre-backs. The Saints were on the defensive everywhere and they could be sucked into this relegation drop. Everton have played three games less than them, Burnley have played one game less and Leeds have two games in hand. Southampton have a habit of spiraling out of control and at the moment it looks like they will have to squeeze something out of one of their final two games of the season at home to Liverpool and at Leicester. (JPW)

9. Update on the fate of Burnley (Burnley 1-3 Aston Villa): Burnley would have loved anything from that home game with Aston Villa given that they will now travel to Tottenham and Aston Villa – yes, you read that right – before hosting Newcastle on the final day of the season, and they definitely exchanged blows with the visitors. The Clarets’ 3-2 midweek win over Everton early last month may well be the result that keeps them in the Premier League, but they are not in control of their own destiny with Everton holding a game in hand. (NM)

10. A familiar story as Watford crumbles (Crystal Palace 1-0 Watford): It could have been the Watford side we saw relegated in the 2019-20 campaign. This relegation was eerily similar and the Pozzo family once again felt the impact of the carve-out and manager change. From Xisco to Claudio Ranieri to Roy Hodgson, there was no clear plan or identity for this team. Yes, they have talented players in attack, but they have never looked comfortable in the Premier League. Maybe they will when they seemingly inevitably return (JPW)

10 things we learned in the Premier League – Matchweek 36 originally appeared on NBCSports.com