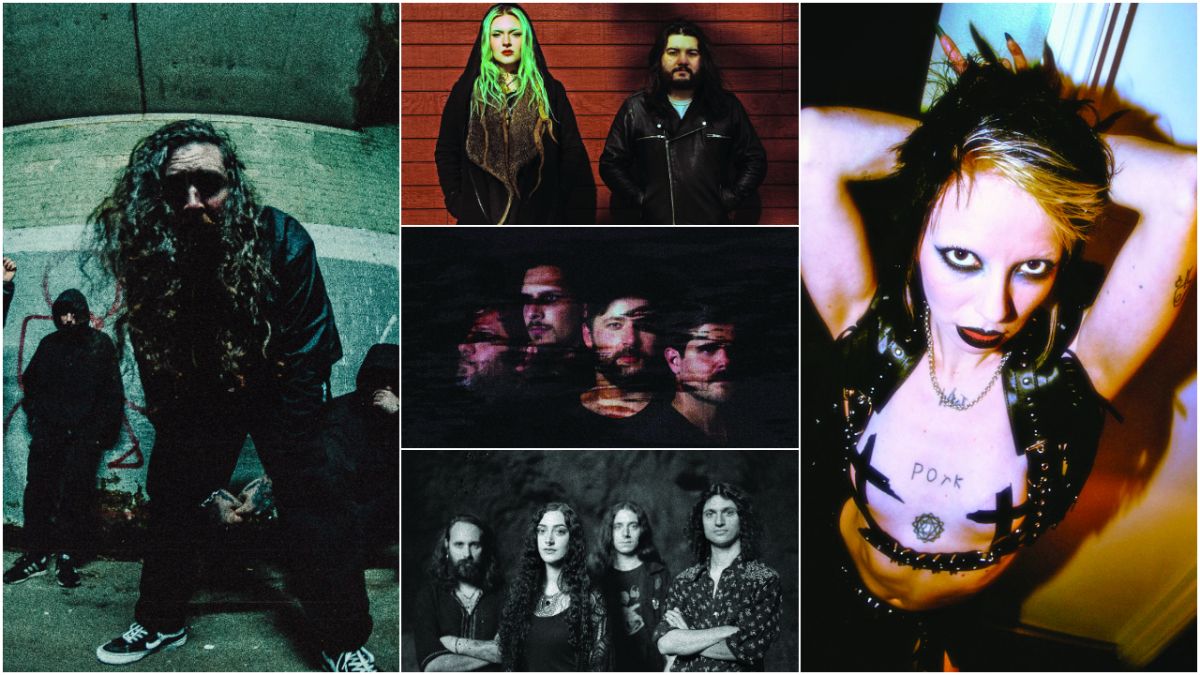 Looking for new killer bands? There are literally hundreds of them right now, but to save you from having to sift through them all, we’ve narrowed it down to five acts that we’ve played on Metal Hammer speakers over the past two weeks. So if it’s psychedelic losswizard electrogoth, bluesy grungyunleashed metal core or post-genre noise you’re looking for, you’ve come to the right place.

There’s an old saying that art should disturb comfort and comfort the disturbed. If so, then Bambie Thug is an artist in every way. The Irish-born, London-based singer-songwriter, rapper and self-proclaimed ‘witch’ only made his debut last year with the seething goth pop of Anniversary. However, their eclecticism, metal-adjacent occult aesthetic and sour lyrics quickly made them a darling of the underdog.

“I came home from my UK tour this morning,” they tell Hammer wearily but proudly via video call, “and there was such a mixed audience. Old people and young queers, and even bikers. It was great.”

Bambie’s life trajectory initially seemed much more conventional. They grew up in the strongly Catholic city of Cork, Ireland, and learned ballet. They made the trip to London to pursue a musical theater scholarship, but soon discovered they hated it. Why didn’t it work?

“Look at me!” they laugh in response, wearing thick black eyeliner and a Wargasm hoodie. “It’s a bit too ‘jazz hands’ for me, and it’s not such an inclusive world [as alternative music]. It’s a lot more bitchy, especially if you’re a dancer. And I love spotlights.

It’s rather fitting, then, for Bambie’s new EP, high romance, be all about them. His lyrics candidly discuss the musician’s history with eating disorders and gender dysmorphia. “The only way to help others is to share your own problems,” they explain. “When I was 14 or 15, I would have really liked that. Being gender dysmorphic is a very difficult place to be.

With this mission at heart, they believe there is no limit to their potential. “I want to have massive stadium tours,” they declare. “I want to use all my training as a theater kid to build massive sets and put on an absolute spectacle.”

Looks like : Electropop inspired by rap, goth and sorcery, full of anger and fragility
For fans of: Cassyette, Mimi Barks, Billie Eilish
To listen: Necromancy

Though it draws on familiar sources, from blues-infused fuzz rock and doom to grunge, the self-titled debut EP from Philadelphia bass and drum duo Coma Hole sounds like the start of a deeply personal journey – a process of strenuous musical alchemy unfolding over its tumultuous 35 minutes. While there’s a tactile garage band feel to their sound, there’s also an exploratory, progressive urge at its heart, a rare combination of earthiness and unpredictability that suggests Royal Thunder are their closest peers.

“I’ve always been into more ‘raw’ and emotional music without all the production stuff,” says vocalist/bassist Eyrka Fir. “I understand they’re necessary in some subgenres, but I think a lot can be achieved with minimal setup, as long as the songwriting is authentic.”

Growing up listening to blues guitarists such as Carlos Santana and Robert Cray before immersing herself deep in Seattle’s grunge scene, she started jamming with fellow grunge fan Steve Anderson and discovered just how much a band two musicians can be liberating.

“Having just two people creates a unique atmosphere and approach to songwriting,” says Eryka. “I look at songwriting from a totally different angle now, and the tracks on the EP kind of wrote themselves.”

Booked by the familiar and sinkingeach lasting over 11 minutes and charting a path from struggle to self-actualization, there is a possibility of storytelling that has proven to be both organic and immersive.

“None of this was intentional,” Eyrka reflects, “but thinking about it, it feels like they were written exactly as they were meant to be.”

Looks like : Blues and grunge-fueled doom sailing through an emotional storm
For fans of: Royal Thunder, Witch Mountain, Soundgarden
To listen: the familiar

“Where there was once silence, there is now a race to fill every moment with violent creation”, sings Navid Marvi of Design Flaw on Silencethe first title of the Washington DC band’s debut EP, Beasts of a Future Decay.

“We wrote this song in 2020, during the pandemic and the tension leading up to the [Presidential] election”, explains the singer/guitarist. “These lyrics were inspired by the fact that everyone had something to say.”

As a lifelong DC native, Navid found pandemic-era American politics — the election, the #BlackLivesMatter protests, the Capitol Riot — inescapable. “DC has always been a place where the tough conversations happen,” says lead guitarist Gibran Esa. “It’s a good thing, but there is a toxicity. There is always a political angle to everything.

While Beasts of a Future Decay is no exception, using confinements and online discourse as lyrically through the lines, musically it’s more eclectic. Silence is a melodic post-hardcore anthem, Ghost degenerates into a shrill black gaze, Dusk is entirely ambient and Andromeda is a post-metal juggernaut, with Navid’s angelic vocals and Gibran’s shimmering guitar sound tying it all together.

“I’ve never met someone who listens to as many different styles of music as Navid,” smiles Gibran, whose bandmate holds back everything from Cult Of Luna to alt-pop/r’n’b star Moses Sumney as influences. And while Beasts of a Future Decay just released, the guys are already planning the sequel.

“We’re recording our next four songs – the drums are done,” he says, jokingly adding that Design Flaw is thinking big: “I want to be President of the United States!”

Looks like : An amalgamation of all the best “post-” genres in one transcendent group
For fans of: Three Times, Caspian, Alceste
To listen: Andromeda

close, Messa’s third album, features a photo of three women in dresses, their faces obscured by flowing hair. They might be headbanging, but they’re actually participating in the Nakh, a North African ritual dance. “When these women dance, they let their hair down and that causes a state of trance”, explains the singer Sara. “We thought there was a bridge between that and headbanging, which is the most metal thing ever.”

This otherworldly sense extends to Messa themselves. Their roots lie in expansive doom metal, but Close brings other elements, from jazz licks to Mediterranean instruments such as mandolin, oud and flute-like duduk. “We wanted to introduce this weird element into our music,” says Sarah. “How many doom metal records feature a mandolin?”

This cross-cultural experimentation works perfectly on songs like Suspended and the haunting Orphalais, the latter inspired by a book by early 20th-century poet Khalil Gibran. The different parts merge to form a strange and unique whole. “For me, when I sing these songs, I feel like I’m channeling fire,” Sara says. “When I go on stage, I become the fire.”

Looks like : Cooking doom metal under the scorching Mediterranean sun
For fans of: Devil’s Blood, Khemmis, Windhand
To listen: Pilgrim

Drum and bass music with apoplectic metalcore lobbed over the top. It’s Graphic Nature distilled into one sentence. What a glorious phrase this is. On the first EP new skin, they combine vigorous dance beats with vociferous screams and screaming guitars. Imagine Code Orange playing in Amnesia – if they wanted everyone to kill each other.

“We listen to a lot of [drum and bass] in the van,” says frontman Harvey Freeman, “and it all feels like metal. There are accumulations and breakdowns; It’s the same fucking formula! We were like, ‘Why don’t we throw in some bullshit like that and do something else with the music, and not stay a five-piece metal band?’ »

Having previously toured with Employed To Serve and Vexed, the bullies rub shoulders with all the good people. Harvey swears Graphic Nature is here to stay, and with such powerful music and endorsers, you better believe it.

Looks like : The best of metalcore raging around high-energy drum ‘n’ bass beats
For fans of: Vein.fm, Code Orange, Hate
To listen: Strangulation 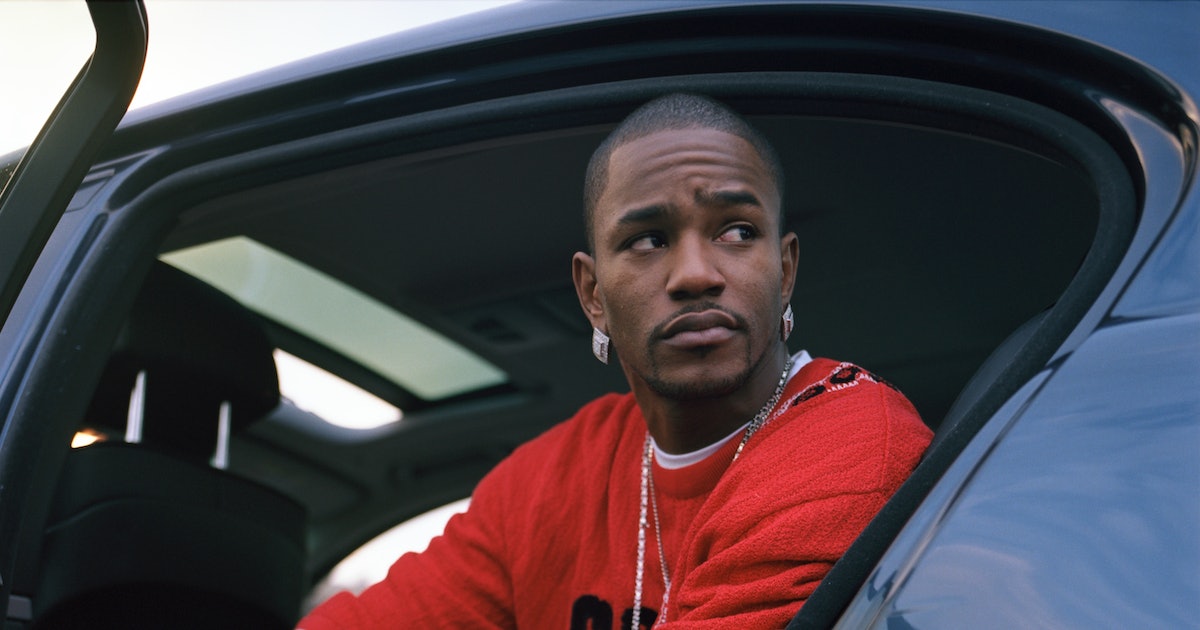