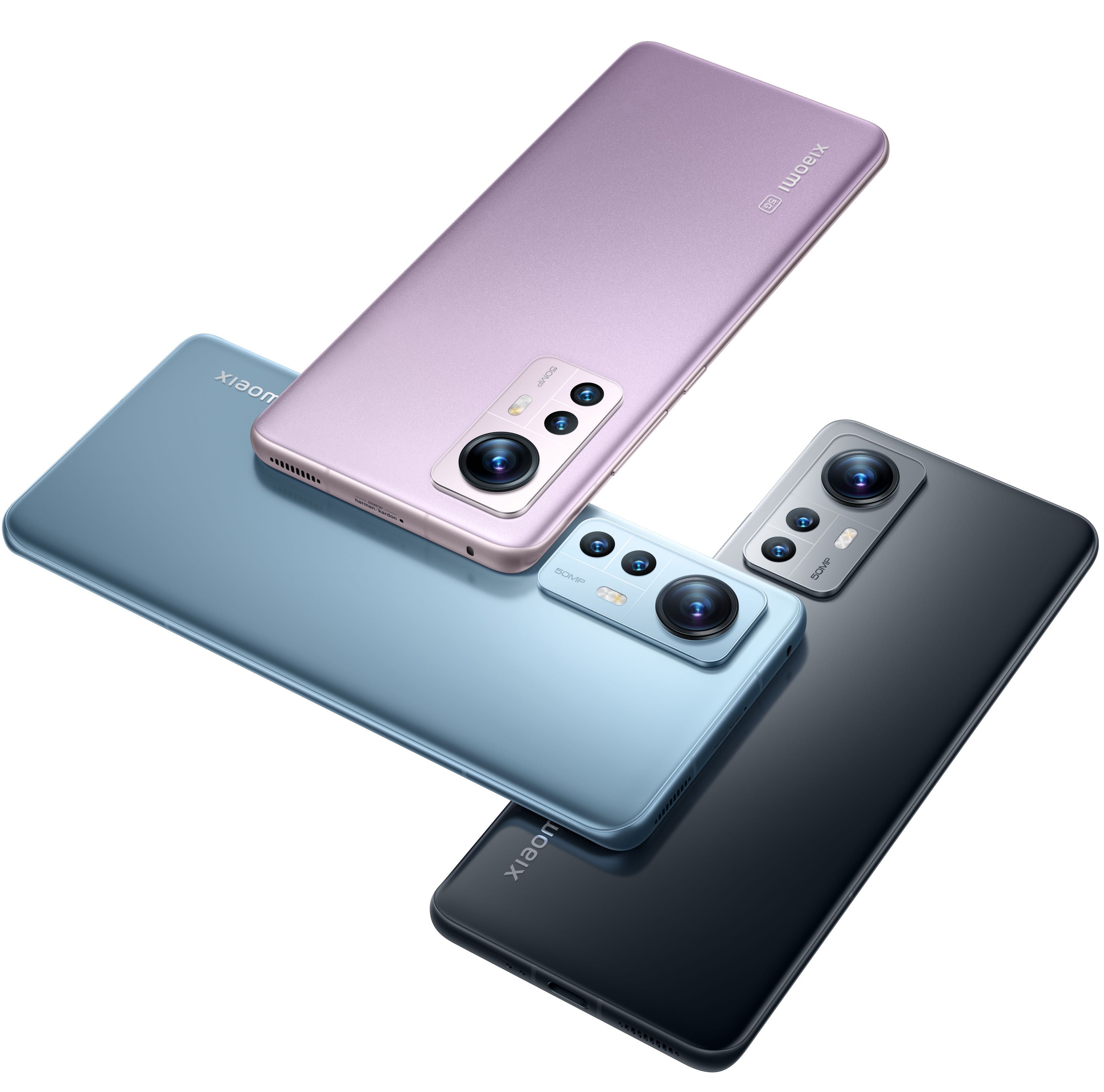 Despite the difficulties in which they are forced to operate, some smartphone manufacturers are demonstrating the ability to impose themselves with increasingly valid proposals ready to meet the demands of the different market segments. Among these Xiaomi certainly stands out: thanks to a varied offer, the Chinese giant has achieved important results, conquering the medium-low range and starting the slow but inexorable climb towards the Olympus of the top of the range. As confirmed by the famous founder Lei Jun, the Beijing company has allocated over 100 billion dollars in research and development with a single goal: challenge Apple and Samsung in the high-end segment of the market.

To start the enterprise in the best way, Xiaomi presented a respectable attack trident: the new flagships Xiaomi 12 Pro, Xiaomi 12 and Xiaomi 12X they made their debut with a first-rate hardware equipment, many features dedicated to creatives and prices increasingly aligned with those of premium products.
We have spent the last few weeks in the company of Xiaomi 12the “small” of the range proposed starting from 799.90 euros on the official website, and we are ready to tell you how it went.

In contrast to other manufacturers and even compared to the trend of recent years, Xiaomi has decided to diversify the high-end proposal by focusing on different sizes and presenting a compact device to the general public, which makes the convenience of use a real strength.

Unlike its older brother in fact, Xiaomi 12 brings a 6.28-inch display, rather compact dimensions of 152.7 x 69.9 x 8.16 mm and a total weight of 180 g, configuring itself as one of the best devices for use at a single hand. From a design point of view, the differences highlighted in ours Xiaomi 12 Pro review are reduced to a minimum: with this new generation Xiaomi has managed to give a true identity to its smartphones, offering soft lines that are well suited to the slight curvature of the panel, paying particular attention to details.

There back cover (in the variant Purplein this case) is silky to the touch, it does not show the slightest fingerprint even after a day of use intense and introduces the imposing chamber block which, despite its size, stands out for its character. The side trims leave room for the power button and the volume bar, while in the upper and lower parts it is impossible not to notice the two speakers hidden behind the particular “wave” grille.

In general, the choice of materials gives back a full-fledged top-of-the-range sensation and the device stands out for its solidity and compactness. In short, Xiaomi 12 marks a decisive step forward in terms of design, construction and even identity.

A “small” concentrate of power

Xiaomi 12 is equipped with the best components available on the market starting from the new one Qualcomm Snapdragon 8 Gen 1 SoCa CPU equipped with a 3.0 GHz Prime Core, three 2.5 GHz Gold Cores and four 1.8 GHz Silver Cores, all flanked by the Adreno 730 GPU, capable of grinding FPS without compromise.

As for the memories, the tested version shows up with 8 GB of LPDDR5 RAM (expandable via software up to 11 GB) and a 256 GB UFS 3.1 storage (then there are 8/128 and 12/256 GB variants). To keep the hot spirits of the processor at bay, Xiaomi has relied on the LiquidCool Technology cooling system which combines the classic vapor chamber with different layers of graphite. From the point of view of performance we are faced with an exceptional smartphone: Android 12, MIUI 13 and all applications operate with maximum fluidity and the synthetic benchmarks confirm our good impressions.

Geekbench returns 3560 points in multi-core and 1189 in single-core, AnTuTu it exceeds 975000 points, while the graphics sector records 7126 points with 3D Mark’s Wild Life test. In terms of brute force, therefore, Xiaomi 12 is unrivaled and is ready to challenge the heavyweights in the category head-on, guaranteeing extraordinary performance even in the gaming field: Call of Duty, Wild Rift, Marvel Future Revolution, Asphalt 9, FIFA Mobile and all other games run in maximum graphics detail at a rock-solid 60 FPS.

A small note on daily use: the proximity sensor can (and must) be improved. In fact, it happens too often that once the smartphone is brought to the ear, it activates causing the accidental launch of random applications. A special mention deserves the AMOLED FHD + display 2400 x 1080 pixels, AI-controlled refresh rate up to 120 Hz, touch sampling rate up to 480 Hz, DCI-P3 gamut with over 68 billion colors and brightness up to 1,100 nits, all protected by a solid Gorilla panel Glass Victus.

As certified by DisplayMate, Xiaomi 12 features one of the best displays ever produced and the support for HDR 10+ and Dolby Vision standards guarantees the perfect vision of all the multimedia contents available. The sound sector is entrusted to two speakers signed harman / kardon with full support for Dolby Atmos: the audio is full and enveloping, so much so that it can replace many of the bluetooth speakers in circulation.

Finally, the 4500 mAh battery allows you to get to the end of the day with standard use, but the fast charging entrusted to the 67 W power supply takes all worries out of the way: Xiaomi 12 recharges completely in just 39 minutes and management via AI protects the device from sudden changes in current and temperature. Xiaomi 12 can take advantage of wireless charging up to 50W and reverse wireless charging up to 10W.

Hollywood at your fingertips

As wisely emphasized by the communication of the Chinese giant, Xiaomi 12 aims to attract the attention of photographers and directors with a hardware equipment and a series of specific features for creating video content. The chamber block is headed by the main sensor Sony IMX766 50MP, accompanied by a 5MP telemacro lens and a 13MP 123 ° ultra-wide angle lens. Xiaomi ProFocus focusing technology is managed by a detection algorithm capable of recognizing moving subjects and highlighting close-ups thanks to the EyeTracking functionality.

In general, the shots managed by the AI ​​are sharp and of a good standard, even if i better results are obtained in Pro mode and after some manual calibration, perhaps with the help of the Focus Peaking functions and exposure verification. The Night Mode guarantees spectacular photos with minimum levels of brightness: the large sensor captures all the available light and paradoxically risks making night scenes even too artificial in the presence of many light sources.

Even in this case, however, a careful calibration in Pro mode can return great satisfaction. Finally, the 32 MP front camera with HDR support and the ability to record up to 1080p and 60 FPS is good: the sensor performs well without reaching levels of excellence, but still guaranteeing great images for social use.

Video recording is another strong point: Xiaomi 12 allows you to shoot footage up to 8K and 24 FPS but the best results are obtained at lower resolutions. In these situations, in fact, the excellent mechanical stabilization, the management of HDR and the possibility of activating the LOG mode make the difference, especially in the hands of more experienced users who can transform the device into a real camera ( on the net there are various commercials shot by great directors with smartphones of the 12 series). Among the strengths should be mentioned the many Cinema, VLog and Clone filters which allow the creation of cute videos without any effort.

On the connectivity front, Xiaomi 12 has all the latest technologies: Dual Sim support, 5G, Bluetooth 5.2, Wi-Fi 6 and 6EGPS, Galileo, GLONASS, Beidou and NavIC.