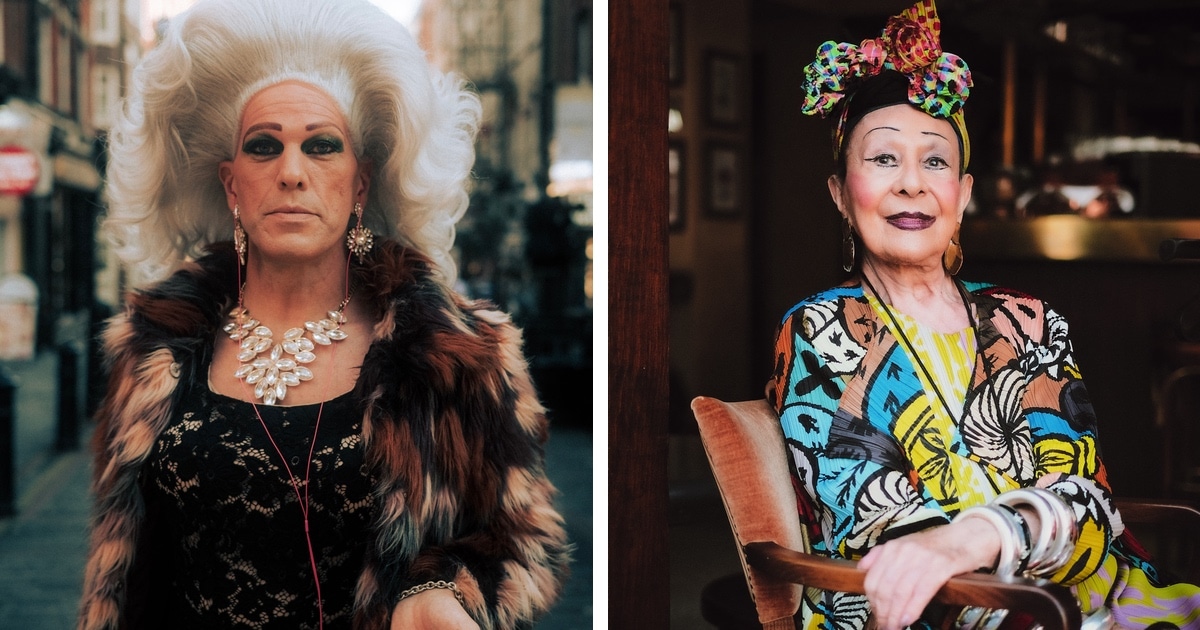 Like many of us, filmmaker and photographer Rory Langdon Down found his life turned upside down by the pandemic. With nearly all of his shoots canceled, he suddenly found himself with plenty of free time. But fortunately, from this difficulty, a new creative project was born. Portrait per day is how the British photographer tackles this new free time. And, in the process, Langdon-Down found himself pushing his creative skills to new heights.

Throughout 2021, Langdon-Down photographed a different stranger every day. That means 365 days of going out and chatting with people he’s never met, all with the goal of taking their portraits. Each portrait was published on instagramalong with a short paragraph detailing what Langdon-Down had learned about her when they met.

The result is not just the story of a strange year in history, but a look at one creative’s attempt to thrive in difficult circumstances. A chronological look at the photographs allows us to see how Langdon-Down’s confidence as a portrait photographer grew over the course of a year, all because he challenged himself. But Portrait per day is not just an Instagram feed. Langdon-Down also published a beautiful coffee table book with these portraits.

Limited to, as it should be, 365 copies, Portrait per day contains not only all the portraits, but over 40,000 words detailing the stories of the people featured. This personal labor of love has also been well received by the photography community, with one of the portraits winning the British Journal of Photography’s 2022 Portrait of Humanity.

We had the opportunity to speak with Langdon-Down about how the project got started, the challenges he faced, and what he hopes people will take away from the work. Read on for the exclusive My Modern Met interview.

Do you feel like COVID was a blessing in disguise just to push you to find new creative outlets?

Looking back, I would say yes. At the time, losing work because filming couldn’t take place during shutdowns was hard enough, and I found my sudden lack of purpose by not having a job was hard enough. However, I never really stopped creating during the pandemic, and I think my personal projects have contributed massively to advancing my own style and approach to photography. Portrait per day wouldn’t have happened without the pandemic, and the positive effect of this project and the success of the book on me has been incredible, so now I would definitely consider it a blessing.

Why did you decide, of all themes, to photograph strangers?

I liked the challenge first of all: a photo of a person per day for a year. This clear goal seemed achievable when I set it before starting the project, probably partly because I had hardly ever done portraits of strangers before, so I didn’t see the challenges ahead.

People have always interested me and I strongly believe that everyone has an interesting story and this was a really good way to prove it while telling the story of the year through these little windows into the lives of people who surround us every day. For me personally, I knew it would help my interpersonal skills and elevate my own abilities as a director and documentarian, which is what I do when I’m not pointing a camera at strangers’ faces.

You mentioned in another interview that you didn’t really realize how difficult it would be. What was the hardest part of the project?

The hardest part was engaging in conversation with strangers. Some days it would be easy – I felt confident, which always helped with people’s reaction, and I immediately found someone willing to be photographed. Other days, I walked for hours without finding the courage to ask a single person to paint their portrait. It was really up to me and how I felt. I had a constant conversation in my head anticipating why I thought someone wouldn’t agree to me taking their picture until I took a deep breath and made the connection that led to the portrait of this that day.

It really was quite an insular pursuit and I learned a lot about myself while wondering why I decided to spend my year trying to talk to strangers. But after each meeting, I left full of positivity and generally having just learned something new.

When did you realize it would be so difficult and what made you keep going?

Day one. The project almost failed before it started because I had built in my head that it would be easy to take just one picture a day, but reality forced me to do something I had never done before in approaching people on the street. Fortunately, I took a portrait on the first day, and as soon as I shared it on the Instagram account, I knew I had signed up for the year. I am a dedicated and focused person, and as difficult as it gets, I knew I would make it through to the end of the year.

Did you find that certain aspects of the project became easier or more difficult as you went along?

My conversational skills with strangers have improved tremendously. I’ve always been pretty good at carrying on a conversation and asking questions, but I’ve definitely improved my ability to ask the right questions. I was always trying to find common ground, and quite often that was through music because it’s a pretty easy subject to find people’s passions and interests. Once I got past the initial touch of “Hi, my name is Rory and I have a bit of a weird question for you…” I loved chatting with strangers. Sometimes our conversations lasted up to an hour. I think it’s important to realize that even if you think you might not have much in common with someone, especially in terms of different politics, you should be able to find common ground or interests common ground and I had great discussions with people I wouldn’t usually come across with.

What did the project teach you as a creator?

It taught me the power of doing something on your own back and holding yourself accountable for your creativity. I didn’t have a client or an agency telling me how things should look or be worded, so instead the whole project is completely, authentically me. It made me love the work I create; it helped me concretize my style, and it gave me enormous confidence in what I offer as a photographer and documentary filmmaker.

What was the most memorable foreign portrait you’ve done?

Hassan. It’s not even a particularly good photograph, but it embodied the beauty of the project and what it was all about. Hassan was sitting on a bench in a park near my house and most people wouldn’t hesitate to take his portrait, but for some reason he intrigued me. I asked for his portrait and soon his incredible story unfolded about being a Libyan exile once labeled “Gaddafi’s sworn enemy” due to his human rights activism.

It will always remain in my head as what made Portrait per day special – finding the story in what seems ordinary.

Is there someone you really wanted to photograph but for some reason it just didn’t work out?

Not really. I think every portrait in the book is there for a reason. I did not select specific people for a portrait; however, I tried to include Sir David Attenborough as the final portrait in the book as I felt his message of what humanity can and should do better would have been a perfect ending for the book. I wrote him a letter and he wrote me one very politely refusing to participate, but in fact I think it was a good thing because the book remained natural until the end and the final portrait of couple leaving hospital with their newborn baby said it all anyway.

What were you hoping to capture with these portraits?

Honesty, authenticity and an overall sense of positivity. Not all portraits are attached to positive or happy stories, but I think the project as a whole should inspire positivity in humanity and the community.

What do you hope people take away from the job?

I would like people to see the combination of beautiful photography and accompanying text through genuine connections with strangers. I want people to feel inspired by the characters in the book and hopeful for the community when there are so many things that divide us.

But honestly, if people like Portrait per day because there is a nice blanket that looks good on their coffee table or their toddler likes to watch all the people inside, that makes me very happy too.

My Modern Met has granted permission to feature photos of Rory Langdon-Down.

Street portraits of the incredible freighters carrying motorbikes in Hanoi