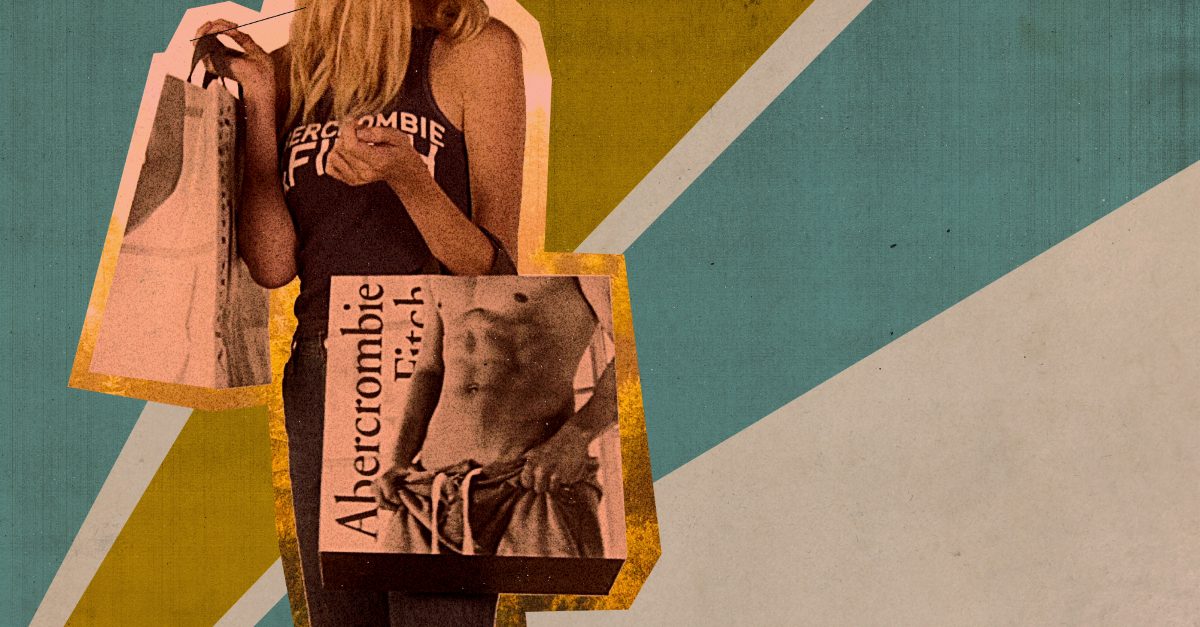 If you were a teen or college student in the 2000s you will surely remember the shops of Abercrombie & Fitch: nothing like this had ever been seen before their arrival. For better or for worse. Long queues to enter, darkened windows so as not to show the inside, very well-trained guys strictly without shirts, dressed only in jeans and flip-flops, at the entrance. When, in 2009 in Milan, the first and only one opened Abercrombie shop in Italy it was an event. Ten years later it closed. More: the brand has failed.

How is it possible that the iconic clothing brand of the 2000s, loved by kids who wanted to feel fashionable and casual at the same time, failed? The movie White Hot: The rise and fall of Abercrombie & Fitchon Netflix from April 19, explain why.

Abercrombie & Fitch as we know it, it was launched on the market in 1996. In reality, the brand had already existed for a hundred years: the dream of the American male of the late 19th century, a lover of sports and outdoor activities, such as hunting and fishing. Among the loyal customers Teddy Roosevelt and Ernest Hemingway.

Detected in 1992 from Mike Jeffries, Abercrombie CEO, the Californian entrepreneur has shaped it in his image and likeness. Keywords of the brand: “natural, american and classic”. That is: natural, American and classic. Jeffries has taken the Calvin Klein and Ralph Lauren style, sporty and casual, set prices high but not too high (so you can be more accessible to young people with less money to spend), and made everything sexier by using sex to sell. .

They managed to crystallize everything I hate about high school and put it in a shop.

Another goes (rightfully) even heavier:

That’s all we don’t want America to be.

Abercrombie & Fitch went bankrupt because it was proudly racist

There is no delicate way to say it: Abercrombie & Fitch went bankrupt because it was proudly racist. The CEO Mike Jeffries, in a 2006 Salon interview which marked its final fall, declared:

We don’t want everyone to wear our clothes. We sell an all American style. The world is divided into cool guys and uncool guys. We are interested in the cool ones.

Leaving aside the lack of entrepreneurial wisdom (excluding a priori huge market slices is not really a smart move when your job consists in selling a product), when the documentary White Hot: The rise and fall of Abercrombie & Fitch explains what it means for Jeffries to be “cool” is to shudder.

“To embody the spirit of Abercrombie” meant to be: white, young, thin, athletic, preferably male. You may have noticed: on the bags and hanging in the shops there were practically only male half-lengths. At the entrance to the shop, there were only men to take pictures with customers. It is no coincidence that it was to take photos for the catalog and advertising campaigns Bruce Weberknown for preferring that kind of beauty (and accused of harassment by some Abercrombie models, another reason the brand fell out of favor).

There were specific guidelines for hiring staff: employees were provided with an instruction book, complete with photos. In the documentary we see at one point that under the heading “what is attractive and what is not” were compared the photo of a blond boy with a neat haircut next to that of a black boy with dreadlocks.

This didn’t just apply to advertising campaign templates. But also for shop assistants. And for the cleaners. And for the staff hired in the company. The selection criteria gave much more weight to aesthetics than to competence and, unacceptable, to the breed.

White Hot: The Rise and Fall of Abercrombie & Fitch, the trailer for the Netflix movie

White Hot: The rise and fall of Abercrombie & Fitch, a brand based on exclusion

If you’ve been to an Abercrombie & Fitch store at least once, you can’t remember the experience indifferently. Unnecessarily long files to create the sense of event. A pungent and annoying scent sprinkled everywhere, sticking to him. Salesmen who, rather than help you choose, posed, literally leaving you in the dark, because the lights were deliberately low. Virtually the nightmare of every customer care employee.

This too, wanted: a former Abercrombie employee describes the success of the brand as follows:

There’s a reason people liked Abercrombie: it’s because exclusion is part of our society.

CEO Mike Jeffries had a dream: to surround himself only with handsome, white, sporty young people. Pursuing this dream he created a brand that targeted students aged 18-22. Abercrombie’s own headquarters, a huge building, was built like a university campus: employees dressed like models, had parties every day. And they created t-shirts with fake logos and writings like:

That is: Wong Brothers laundry: two Wongs can make a white. Other writings made fun of Mexicans, compared to donkeys. In short, with the excuse of seeking “all-American” beauty, Abercrombie has been making racist propaganda for years.

A black girl hired to clean up a shop testified how they made her work at night so she wouldn’t be seen. A boy of Filipino origins tells in the film that he was told he could not be hired because there were already too many black people in the shop. This attitude led to protests by students of Asian descent in front of shops in 2002 and a class action by former employees of various ethnic backgrounds, costing the company 40 million dollars.

Suddenly, from a brand identified as “cool and desirable”, Abercrombie & Fitch has become the uniform of the privileged and racist whites. It is no coincidence that Sam Raimi in his Spider-Manthe 2002 one starring Tobey Maguire, dressed the school bully Abercrombie from head to toe.

In just a few years, out-of-store protests have turned into online petitions to boycott Abercrombie: a negative word of mouth that has caused the brand to lose not only customers, but also its reputation.

Abercrombie & Fitch was boycotted just before social media exploded. Continuing along that line today would be unthinkable. In fact, since 2014 Mike Jeffries is no longer the CEO of the company, who is trying in every way to create a new identity.

While the new Abercrombie has taken the scent and darkness out of stores and aims to listen to customers, putting models of all shapes and colors in photos, Mike Jeffries, who is now 77has undergone various surgeries that have altered his physiognomy, also in search of that “all-American” beauty that has turned against him.