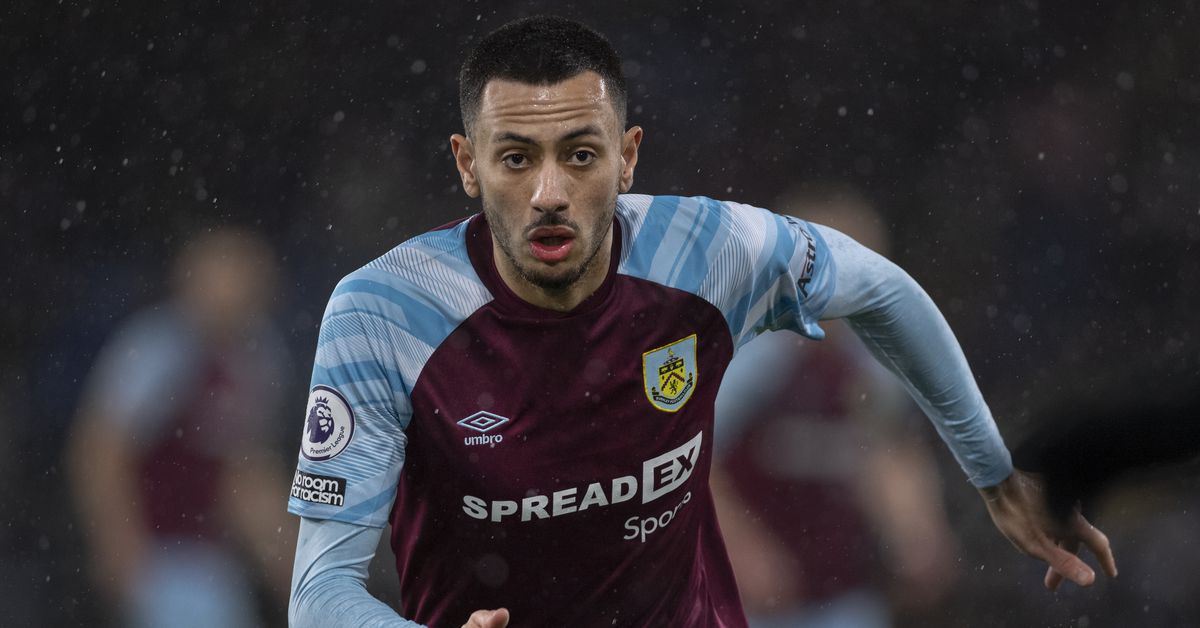 With the end of the season approaching, there is still a lot on the table for Tottenham Hotspur. Since a miserable outing in the FA Cup two months ago against Middlesbrough, Spurs focused entirely on league play. And while there have been upheavals along the way, including the home loss to Brighton and the grim draw at Brentford, Spurs have set a 6-1-2 record since March 1.

Although Spurs are currently on the outside in the Top 4 race, they are still in control of their own destiny as they look to their final four games of the season. Obviously, few expect Spurs to travel to Anfield on Saturday and come away with a win against liverpoolwinning all of their remaining games places them in the Champions League. Regardless of what happens over the next couple of weeks, the fact is that barring an unexpected collapse, Spurs will be playing European football again next year. The question is what competition it will end up being.

Despite all the recurring stories about Antonio Conte and whether he will stay this summer, the most reliable people like Fabrizio Romano and Alasdair Gold continue to insist that Conte’s plan is to continue refreshing the squad this summer. . Spurs are expected to be serious players in the transfer market this summer and are expected to bring in new wingers, a left centre-back and potentially even a dynamic midfielder in the process.

Under Fabio Paratici (and his Italian rolodex), expect the club to be connected to plenty of Serie A players. However, one avenue Spurs shouldn’t overlook this summer is to simply buy from the three relegated clubs who will be looking to capitalize on some of their valuable assets. Looking at the bottom five in the league, there are some quality players that Spurs could get on the cheap given the financial constraints these clubs could inevitably find themselves in during their second tier lives.

While those names might not make the headlines, there can be significant rewards going to the well by investing in relegation-side players. Andrew Robertson for liverpool is the perfect example. Not only has he become a world-class full-back with better talent around him, but Liverpool bought him from an awful Hull City side for just £8million five seasons ago.

Let’s take a look at one player from each potentially relegated team and how he could fit in at Spurs.

It looks like Burnley’s annual escape from relegation is going well again, but they are still more than capable of falling. In this team, you could argue to target both Wout Weghorst and Nick Pope. Weghorst has been on Spurs’ radar for some time. Pandemic issues have probably prevented other clubs from taking a closer look at him, but he’s a player who offers something different should the club be interested. Although Pope is a decent shooter who would count as a homegrown product, he’s pretty mediocre to play from the back and is older than you might think at 30.

When I think of underrated Premier League players, McNeil tops the list. McNeil plays for a team that isn’t as eye-catching but gets results and has tended to stay afloat in the top league. McNeil’s intelligence on the ball and his ability to kick the ball are overlooked. Without an abundance of talent from the players around him, that certainly doesn’t help his G/A contributions. But, McNeil is a seasoned Premier League veteran who has come through the Manchester United academy. He’s still only 22 and in a more positive and attacking system and situation, there’s no doubt that McNeil would become more of a household name.

Burnley are starting to earn more since the sacking of Sean Dyche (aka ‘The Ginger Mourinho’) but Spurs should definitely come calling if Burnley slips up in the next two weeks. At Spurs, McNeil profiles solely as a left winger largely due to his heavily defensive approach with the Clarets. McNeil is a good ball carrier, offers great depth and versatility and already has years of Premier League experience. For me, it’s a no-brainer.

Verdict: A young player who would probably not be expensive and who would be a very good winger

After being a bit of a darling last season in the league, Leeds have completely fallen back to earth. Due to a lack of depth, some injuries, and teams just figuring it out, they’ve fallen in the standings this season. In this team, the two most talented players are of course Kalvin Phillips and Raphinha. However, if Leeds were to drop, the duo would undoubtedly be beyond Spurs’ reach, given the price the two would command.

Harrison is quite an interesting prospect, given his unique journey to becoming a Premier League starter. After dropping out of the United academy, Harrison bet on himself years later to pursue professional football in MLS. He was the first overall pick in the 2016 MLS Draft and played for New York FC. Due to NYCFC’s partnership with Manchester Cityit was brought in January 2018 transfer window. However, Harrison never appeared for City, with loan spells at ‘Boro and Leeds.

He became a permanent player for Leeds last summer. It would be a great story if American Jesse Marsch could keep a club like Leeds afloat, but Harrison would certainly attract attention if he were to go down. A player praised for his ability on the ball and his intelligence on the pitch, Harrison wouldn’t be that expensive and would fit in very well at Spurs. Similar to McNeil, Harrison is calm in possession, provides width and threat from the outside and could very well play in an attacking system as a winger.

Verdict: Worth a look if Conte is looking for inexpensive depth

A big win against Chelsea last weekend was much needed for the Toffees, but they still find themselves in 18th place. With one game less on their other relegation rivals, Everton could still find their way. But should they fall, there is a variety of players that many clubs would be interested in. The forward duo of Dominic Calvert-Lewis and Richarlison comes to mind, but both players would be a bit pricey and both don’t necessarily seem like good Conte fits. For Richarlison in particular, I don’t see him adapting well to Conte’s rigorous models. There were rumors that Conte liked Jordan Pickford, but the resulting uproar as well as the mistakes he made in his game would likely cause Spurs to look elsewhere for a second keeper option (see Sam Johnstone).

Another underrated player, Godfrey is a player who has held on despite two bad situations during his Premier League career. He was at Norwich a few years ago before they were relegated that season, then came back and is now in the midst of another difficult situation with the Toffees. Because of this, Godfrey’s growth was somewhat stunted.

At just 24, he has three seasons of Premier League experience and offers versatility through defence. A traditional centre-back, he also played as a right-back when needed. He is a bit like Japhet Tanganga in many ways. Both players aren’t great on the ball, but they’re both smart players who bridge between traditional defensive positions.

Verdict: A versatile player who is still young and can continue his development in a better situation

General outlook: Watford are always an interesting story when in the top flight due to their connection with superagent Jorge Mendes and their ‘sister’ relationships with other clubs around the world (like Udinese). This season, Watford had the ability to score goals, but their defense eventually took them down to probably the second tier. From this side, the Spurs could consider options like Imran Louza and even Ismaïla Sarr. Louza has quietly had a great season for the Hornets, but probably needs a year or two more. Sarr, by far Watford’s most valuable asset, would probably be expensive and I don’t see Spurs spending big on a player who wouldn’t fit right into the starting XI.

In one of the best and most underrated scenarios so far this season, Dennis signed from Brugge in the summer and really burst onto the scene for Watford, contributing 10 goals in 32 games for the Hornets.

General outlook: England’s ultimate yo-yo team have already been relegated from the league. Their sacking of Daniel Farke and the appointment of Dean Smith indicate that they trust Smith to bring them back to the Premier League. In fairness, there aren’t many options in this Canaries squad that Spurs should be for. Ozan Kabak is a player with potential, but injuries and difficult situations have really hindered his development.

A player who has long been linked with Spurs given their needs over the years, Aarons has been a mainstay for a Norwich club that continues to move back and forth between the Premier League and the Championship.

With two years remaining on his contract, Aarons could be a key asset for Norwich next season, but there are natural attacking tendencies in Aarons’ play that suggest he could play as a winger rather than a more traditional right-back. . I’ve never been the biggest fan of his game, but Spurs always seem to be linked with Aarons. So depending on the fees and the adjustment, maybe they come to call here.

Verdict: Potentially worth buying depending on price and how Conte sees his fit

Which relegation-threatened players would you like to see at Spurs?