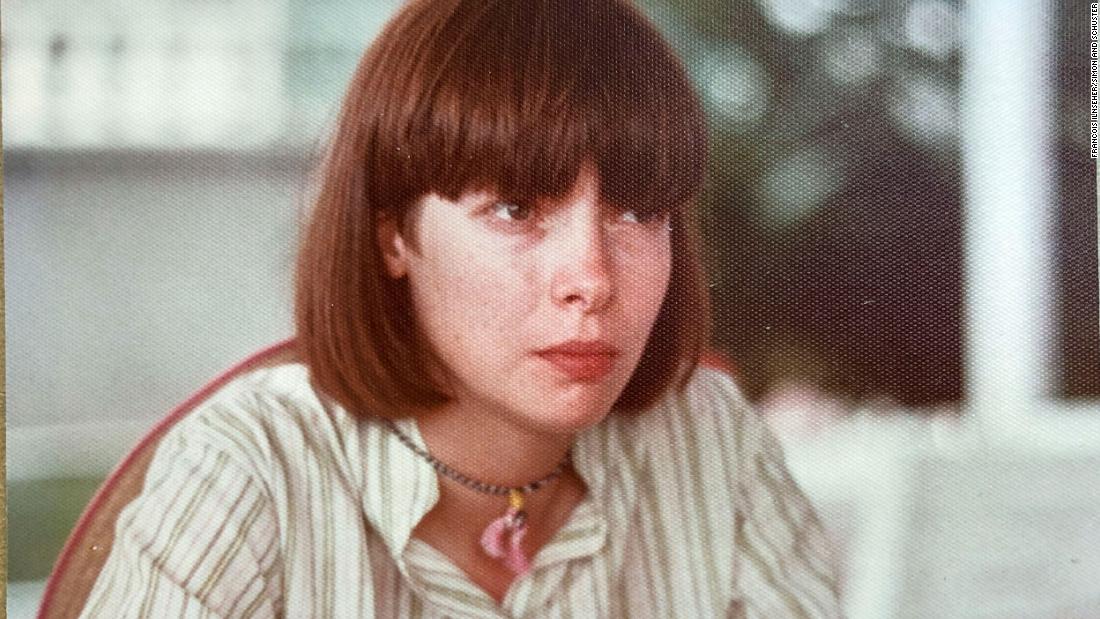 “The amazing thing about Anna is that the average person knows who she is,” designer Tom Ford told fashion journalist Amy Odell in the opening pages of “Anna,” a new biography of the editor-in-chief of American Vogue. Anna Wintour out this week. “You show them a picture and they say, ‘It’s Anna Wintour from Vogue.'”

Wintour, who has helmed fashion’s most influential magazine since 1988, is a household name not just in the industry, but across culture.

She’s been the subject of documentaries and the inspiration for films, as talked about as the celebrities she put on her covers (rumors that she was set to leave Vogue in 2018 fueled a flurry of speculation wild online) and also instantly recognizable, thanks to her power bob and ubiquitous sunglasses.

“Anna,” which Odell began writing in 2018, charts Wintour’s rise, charting her formidable career from 1960s London to one of the most powerful jobs in media today. To try to paint the full picture, Odell interviewed more than 250 sources – some of whom requested anonymity – and scoured the archives and past coverage of the undisputed queen of fashion.

The end product is a sprawling, detailed work of non-fiction (there are about 80 pages of footnotes) that mixes insider anecdotes – Andy Warhol considered it a “terrible chest of drawers”; Bradley Cooper asked her for advice on casting the lead role in ‘A Star Is Born’ – with a highly detailed and revealing portrayal of a very private character.

“The goal was to paint a picture of Anna’s legacy, her triumphs and her troubles, and explain the ingredients of her influence and success,” Odell said in a video interview. “Reaching the top is one thing, but staying there is another. Anna has been with Vogue for 34 years. In a job like hers, it’s extraordinary. I wanted to find out how she managed to have this incredible longevity.”

Including testimonials from close friends, designers and collaborators; letters written by his father, the Fleet Street publisher, Charles Wintour; and insightful descriptions of nearly every business and personal decision Wintour has made, “Anna” shows different sides of the influential editor.

Odell starts right from the start, presenting Wintour’s privileged upbringing – her family was well connected to the British literary world and Wintour had access to a generous trust fund – and recounting how she drifted into journalism, first in London, then to New York, where she finally landed the leading role at Vogue.

As she progressed through the world of publishing, Wintour appeared sometimes calm, sometimes fierce in her ambition to make Vogue and herself an iconic brand (one of her strongest traits). determining factors is her discipline: her day starts at 5:30 a.m. her weight does not seem to have changed since she was 18. After having a facelift in late 2000, writes Odell, she returned to the office with yellow bruises still visible instead to rest at home, because she never lacked work.)

She is “brutal” in her approach to editing, staying in the office until midnight to review layouts and make changes; “ruthless” in her comment on the photos of “The Book”, the mock version of the magazine on which she has the final say; “activist” in her planning for the Met Gala, for which she oversees every detail, including the guest list (“you just can’t get in,” Odell said) and the menu (she banned chives, l garlic, onion and parsley).

“His guidelines were often so absurd that the Met team didn’t care,” Odell writes of Wintour’s approach to the fashion event. “Once, as she was walking through the Egyptian galleries, where the display cases were empty because they were being replaced, she turned to the Met staff and said, ‘Where is she ‘put a bunch of artwork and put it in these cases?'” (Wintour has a habit of not learning the names of the people who work under her, including her assistants and some staff of the museum.)

But she’s also a female dog, an avid diaper-changing and entertaining grandmother, and a committed philanthropist (“there’s a person out there,” says longtime Met Gala organizer Stephanie Winston Wolkoff. Wintour, to Odell in the book).

For Odell, this dichotomy was one of the most fascinating aspects of writing about her subject. “What struck me during my research was how complicated Anna is as a person,” she said. “People disagreed on a lot of things about her, including whether she was introverted or outgoing, ruthless or just very demanding. I couldn’t get a consensus.”

The last editor of his kind

Wintour herself didn’t shed light on which “Anna” she most identifies with. Despite multiple interview requests, the fashion figure declined to speak to Odell for the book.

Still, Odell noted, she didn’t shut it down.

“When I started working on ‘Anna’, people told me it could go two ways: she would try to stop me, maybe warn sources not to talk to me, like she had done with a previous unauthorized biography; or it would help. This last group turned out to be correct,” she said.

A year and a half into the project, with about 100 interviews to its name — mostly about Wintour’s early life and career, as those sources “seemed less chilly about talking to me,” Odell said — she got a call from Condé Nast’s public relations team.

“Anna had heard of the book, and she wanted to know more about it,” Odell said. “I explained that I wanted to write about a woman in a uniquely powerful position. After this conversation, her office sent a list of names of her closest friends and colleagues whom I could contact – Tom Ford, Hamish Bowles, Serena Williams. I took it as kind of an endorsement.”

Access became easier after that, Odell said, although not everyone wants to speak publicly.

Although Wintour has been the subject of much gossip throughout her career, Odell noted that she has done little to correct the narrative around her. “I think in her mind, she has a job that she loves and she’s going to work hard at it every day,” Odell said. “That’s really what drives her.”

That, and the fact that she’s probably the last magazine editor of her kind. As the media and publishing industry continues to be disrupted by the rise of digital content, influencers and social media, it is unlikely there will ever be another fashion watchdog so relevant. globally than Wintour. She’s aware of it, too: Over the past decade, though she’s been criticized for failing to promote diversity and inclusion at Condé Nast on behalf of her progressive workforce, she’s actually expanded her role, becoming artistic director of Condé Nast in 2013, the company’s global content advisor in 2019, and Global Chief Content Officer and Global Editorial Director from Vogue in 2020.

“Anna has always been one step ahead of everyone in the business,” Odell said. “She’s at the top of the pyramid. It’ll be interesting to see what happens when she leaves her job – although I’m sure she’s already planned her exit to perfection.”

Judith Watt’s critically acclaimed biography takes readers from the designer’s early life in east London and his student days at Central Saint Martins to his rise as one of the most fashion icons and his untimely death at 40. captivating reading that offers an honest and multifaceted portrait.

Anna Wintour’s second-in-command for more than two decades, Grace Coddington, has traced her life and career in these intimate memoirs, recounting her rise from model in the 1960s and 1970s to creative director and chief stylist of American Vogue.

Former Vanity Fair editor Tina Brown broke it all down in this brilliant memoir about her tenure at the famed magazine. Steeped in tales of glamor and gossip, office dynamics and the personal challenges that come with being a working mother, it’s a compelling chronicle of the publishing world’s glittering past.

Veteran pop culture journalist Maureen Callahan explored the pivotal history of fashion in the 1990s, told through the lives of icons like Kate Moss, Marc Jacobs, Alexander McQueen and other trendsetters who defined the decade in terms of style, culture and artistic production.

The memoirs of the late André Leon Talley are more than just a look at the who’s who of fashion’s last 50 years; it’s a narrative that weaves together the struggle of being a person of color in the American publishing industry with anecdotes about her upbringing in the South and reflections on the importance of her faith.

Top image: Anna in Jamaica working for Harper’s Bazaar in 1976.