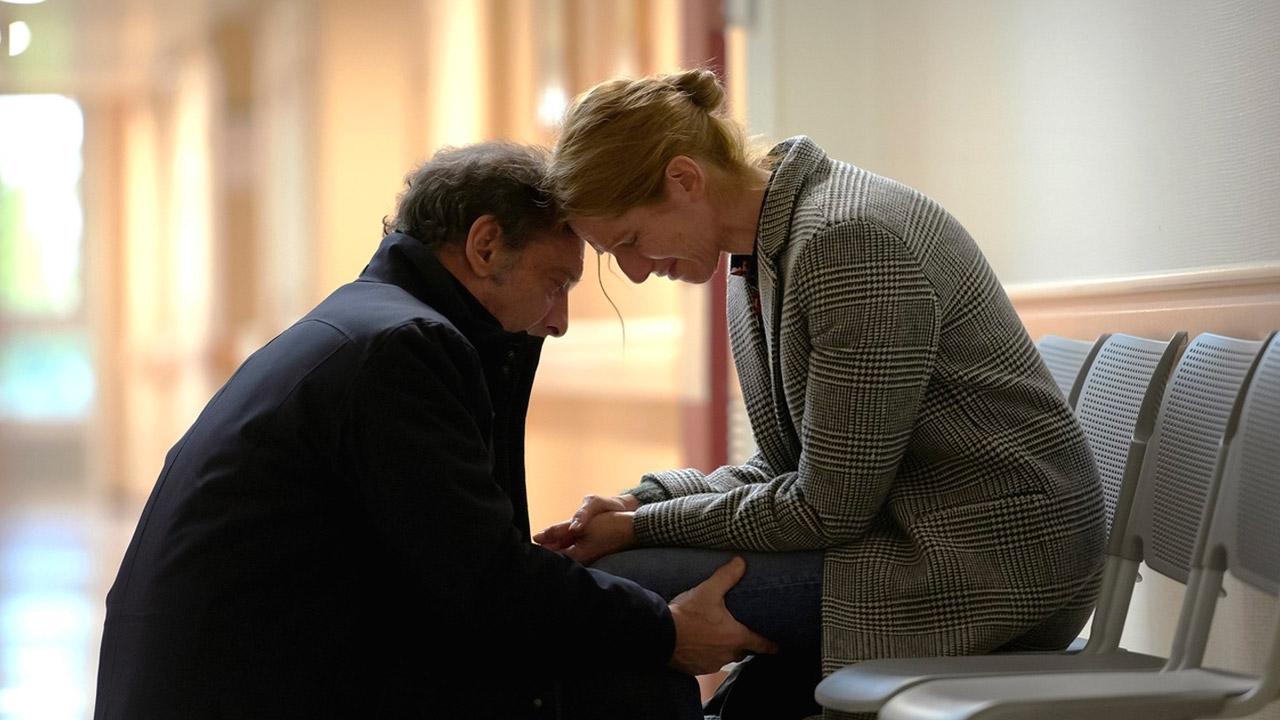 The cinema of Stéphane Brizé, author of three films in seven years on the social disparities produced by liberalism, is always current despite the most recent, Another world, arrived in theaters after the unthinkable economic emergency caused by the pandemic. By choosing to analyze, among others, the issue of the correlation between quality and quantity of time that everyone grants to their employment and private life, he highlighted inequalities that the pandemic has further accentuated: between those who can and those who cannot choose where and when to work, between who can and who cannot voluntarily choose when it is the right time to stop. Once again, Brizé has chosen Vincent Lindon as the protagonist, but there is no correlation with the other characters he played: the actor, during the Venice Film Festival (where the film was in competition) had contested the use of the term “trilogy” for this very reason.

The director’s attitude is less rigid, aware that he has completed a trilogy backwards: each new film analyzes the causes of the events of the previous one, while changing the names of characters and companies. In The Law of the Market (2015), Lindon is a middle-aged unemployed man struggling to re-enter the labor market; when he succeeds, he is forced to become an accomplice of the ruthless worker management system of which he himself had been a victim. The narrative arc begins when he is unemployed, resigned to participating in unnecessary training courses and accepting precarious jobs; He is also exhausted from fighting his former company in court despite the fact that he is certain that he was profitable and therefore his redundancy was not due to a crisis. What happens when the owners of a profit-making factory still decide to close it is precisely the subject of In War (2019), in which Lindon is one of the trade unionists who try to save jobs at risk in every way, involving politics and the world of information, while maintaining an uncompromising attitude always on the verge of legality.

The title of the third film comes directly from a scene in this one, in which the CEO of the fictitious German-owned company Perrin is defending the choice to close the French plant during a useless negotiating table with the social partners. “Denying the current reality of this market is equivalent to wishing for another world, living in another world”: this is how the manager presents his choices to his interlocutors as inevitable. A view so heedless of the legitimate demands of workers has called for a further analysis: therefore, in Another worldLindon transforms himself again to play Philippe Lemesle, who has been part of the management for years and can offer a perspective on the facts that is complementary to that of the characters in the previous films.

Head of a French appliance factory that belongs to an international group, Philippe is at a hierarchical level that places him in command of hundreds of people but also directly reports to a national coordinator, who in turn must respond directly to the truth. boss, American Cooper. He is not in a comfortable position: he has a position of great responsibility but does not have total decision-making power; he has a high salary but money and prestige are not enough to make his family happy. His wife Anne (Sandrine Kiberlain), for that money and that prestige agreed to give up her career, reluctantly accepted to see less and less of her husband even on weekends, but no longer accepts that he pollutes the family climate because of the stress accumulated at work and then vented at home.

Son Lucas (Anthony Bajon) absorbs this domestic negativity which causes him a worrying nervous breakdown. However, neither the divorce paperwork nor the hospitalization of the child in a clinic can distract Philippe from the task assigned to him: to identify at his complete discretion fifty-eight employees to be fired, not one less. He must produce an exact number, because that is what is expected of him. But it is also expected that the factory does not lower the quality level despite a decrease in the workforce of about 10%. He was given an illogical but binding mandate, aggravated by the anxiety of having to choose who to ruin his life by depriving him of employment.

It is never the elusive and intangible market to announce or sign the layoffs, but people in the flesh. It is easier to direct the fight, just as it is easier to make the plot of a film compelling, if one manages to put a face to the “enemy” that hinders the path of the protagonists. This time, however, the antagonist is made the protagonist, so that it is evident that whoever has to take responsibility for organizational choices is not necessarily the promoter. Neither the workers nor the trade unionists have access to the confidential meetings of the management, therefore in their eyes all the management are equally responsible: they cannot know that Philippe is their best ally, they do not know the commitment he has made to find alternative solutions and economically viable to avoid layoffs, they ignore the arduous work of persuasion that he is willing to carry out to the highest levels.

The torment experienced by the executive is symmetrical, not antithetical, to that of his employees. If Brizé’s films appear so unfair, it is because they do not simply tell the problems of the free market, but its worst aberrations: for this purpose, he chooses stories of workers from profitable and self-sustaining companies, which are reorganized or closed for pure speculation. by shareholders. The real invisible enemy is the search for an ever greater and concentrated profit in the hands of a few people, without redistribution and without investments. Impossible, for Philippe who is aware of it, to bear everything without feeling aversion to the economic inequalities caused by a premeditated greed, which he himself had benefited from.

More than from another world, Brizé’s characters would need another life that is not entirely swallowed up by employment uncertainties. They would gladly accept the daily boredom of security about their future. At the last International Film Festival Rotterdam we saw an unusual example that seemed the exact opposite of the tense situations recreated by the French director: in The Plains by newcomer David Easteal, over a three-hour duration, a camera nailed to the back seat of a car shows in sequence the first minutes of several journeys of a middle-aged lawyer who every day, invariably at 5 pm , merges into Melbourne suburban traffic on its way home. Sometimes he listens to the radio, sometimes he telephones, sometimes he chats with a colleague to whom he gives a ride: in his boring daily routine, the passing of the months is perceptible only by the different light that illuminates his journey that is always the same.

Due to the absence of a real plot, we are surprised at how much small information can be gathered to construct the portrait of any ordinary life: the protagonist does not face any memorable or worthy of attention adventure, but neither does he have any serious crisis. face up to. This is what it means not to fear that the laws of the market can tear away the certainties of a safe working position: the benefit of a prolonged monotony over time that comes very close to the goal of a peaceful existence. We never see directly the face of the protagonist of The Plains, that we learn to know only through the eyes reflected in the rearview mirror, the voice, the hands busy driving: he has the body language of a serene and fulfilled man, that is the opposite of Lindon’s characters physically tested by struggles that crush them and little by little they also undermine its dialectical capacity, which is less and less effective. In the multinational environment portrayed by Brizé, this type of serenity is not only absent, but apparently impossible, even when the last missing piece is reached: who really commands.

As already experienced in previous films, Brizé has chosen to combine a few professional actors (the three members of the Lemesle family) with non-professionals who have enriched the characters with their experiences and with realistic dialogues in which, during the most heated discussions, we it stops constantly and the voices overlap. Cooper, the CEO of the multinational, appears only during a videoconference that starts under the best auspices but turns into a chilling lesson on power: he is played by Jerry Hickey, whose usual job is a company trainer. As an expert in corporate culture and language, it probably wasn’t difficult for him to make his character intimidating.

Initially he has a rather informal appearance but never shows himself affable, in words he compliments but his facial expressions communicate hardness and contempt, he is never afraid to look up at the camera when he has to express his positions (a look that, at the on the contrary, Philippe is unable to sustain), punctuates his statements in a cutting way with precise and well-considered words behind which he reveals more anger than disappointment; the purpose of the meeting is to reaffirm its role as sole decision-maker which must not be questioned. Yet, soon after reaffirming his blind faith in the rules of the market, he admits that he too has a leader to answer: Wall Street. Perhaps a further film would also be needed to investigate how the top of the pyramid reasons, which comfortably rejects personal responsibilities by hiding behind an abstract entity, thus depriving the counterparts of the face of an enemy to face.

Suffering, anguish, indignation, anger that belong to the workers and reach the managers, can also involve the administrators or those who are identified as masters? Surely Brizé, strengthened by the testimonies collected, wanted to show how emotionally high executives can suffer when forced to make ethical choices incompatible with their values ​​and that suffering does not belong only to employees: but in conclusion, it does not put everyone on the same level. Not only Cooper, who remains an unattainable figure far from satisfied but whose virtual “boss” Wall Street is an ally rather than a threat; even Philippe faces an unwelcome fate with sufficient protections. Already in the first scene, where the terms of the divorce between the Lemesle spouses are discussed, the family assets are listed: money does not make any of them happy but guarantees that they have enough resources to arrive at the end of the month without fear, and months to come.

The employees of the factories that are closing or renovating may experience emotional suffering of an intensity comparable to that of this manager, but they also fear the well-founded risk of indigence. All the characters of Lindon in this trilogy make a traumatic gesture of final breaking: the only one who can come out with a little confidence in the future, perhaps even with a newfound serenity, is Philippe, because for him the money accumulated previously makes the difference. It is a bitter defeat of the class struggle: we can only be saved as individuals, in a system in which the well-being of the individual does not depend at all on the well-being of the whole community.

If we continue to keep this space alive it is thanks to you. Even a single euro means a lot to us. Read back soon and SUPPORT DOPPIOZERO