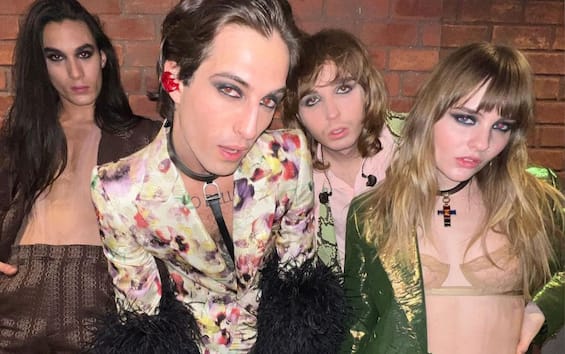 With the 14 dates of Sugar Fornaciari the season starts again. Kiss, Simple Minds and Toto are expected, among others

The 2021, the year in which the path towards the restart of the entertainment sector began after the health emergency saw us at the forefront Arena di Verona SRL which achieved important results for the season of Live and TV Events at the Verona Arena, not only for the Amphitheater and the city, but on a national level. The appeal to the Authorities in May 2021 of Federico SboarinaMayor of Verona and president of the Arena Foundation, with Gianmarco MazziCEO of Arena di Verona Srl and artistic director for Live and TV events at the Arena, has made the Veronese Amphitheater the only place for events in Italy that has obtained the capacity of 6000 people: “This summer the Arena and Verona were at the center of national attention – affirms the Mayor Sboarina– only here we were able to carry out dozens of events with 6000 spectators in total safety, applying a precise health protocol. Also this year Verona faced the difficult situation that still persists with promptness, tenacity and passion. The Live and TV Events 2021 were made through, in Italy and in the world, a confident image of the City “.
“It was a 2021 full of great satisfactions. By turning on the Arena, we turned on Verona and also Italy. And now – announces Gianmarco Mazzi – we throw ourselves headlong into 2022 towards a 100 per 100 rebirth “.


Coachella, the Maneskin success and Damiano’s scream for Ukraine

A season that underlined the centrality of the Verona Arena as the Temple of music in Italy, in which over 300 artists performed on the stage for Live and TV programming including unique concerts, TV events and live streaming appointments.

The viewers who followed the TV events from the Arena di Verona were over 27 million in Italy alone, in just under four months: an enormous number of people who, thanks to the broadcasting of the shows from the Arena, were able to see and appreciate the Amphitheater, significantly increasing Verona’s promotional potential. Just think of the impressive opening of the 2021 season of the Verona Arena with the concert Il Volo – Tribute to Ennio Morricone broadcast live on Rai 1. Or on the first two evenings, always on Rai 1 Arena ’60 ’70 ’80 presented by Amadeus, for the first time conductor at the Arena, in his hometown, Verona. And how can we forget those great music events that are part of the summer of the Verona Arena: Power Hits Summer 2021 (August 31) e Music Awards 2021 (8, 9 and 10 September). But also to the extraordinary initiative of Arena di Verona Srl which brought La Grande Opera to the Verona Arena told by Pippo Baudo and Antonio Di Bella three times in a few days in prime time on Rai 3, a series of special appointments with the great Opera for the first time belonging to the same opera season and broadcast in a dedicated television review. The season ended on September 30 with the concert for the 30-year career of Marco Masini, but he has seen many appointments. Events related to important anniversaries such as the 10-year career of Emma (6 and 7 June), the 25-year career of Carmen Consoli (August 25), the 50-year career of Jerry Calà with the show “Happy Birthday, Jerry!” and the 40 years since the release of the album La voce del padrone di Franco Battiatowho passed away last May and promptly honored by the Verona Arena with a tribute concert “Invitation to travel” (21 September) in which 55 artists took part.

Zucchero in concert at the Verona Arena from 25 April: the lineup

Also this year, important artists for musical and cultural life have been awarded the Diva – Arena di Verona official Award, that is the original and numbered sculpture representative of the Verona Arena (a female figure with the Arena crowning her head ) born from an idea of ​​Gianmarco Mazzi and created by Maestro Rudy Camatta. The prize was awarded, among others, to Amadeus, Andrea Bocelli, Claudio Baglioni, Diodato, Il Volo, Emma, ​​Carmen Consoli. On the occasion of the 2021 Music Awards, during which the precious sculpture was delivered on stage to nine artists, a large-scale reproduction of the Diva was positioned right in front of the Verona Arena, in Piazza Bra, as happens in the main theaters. world cup. For a few days, Veronese and travelers were able to admire the large statue (over six meters high) that dominates the square and the Arena. ARENA DI VERONA SRL is already working on another great season for 2022! It will be a programming that, in addition to SUGAR which opens with 14 dates, i MANESKIN and other Italian artists, finally re-embraces the great international artists, many of whom have chosen the Amphitheater as the only date in Italy: among these NICK CAVE, GORILLAZ, KISS, TOTO, SCORPIONS. The Arena will also be one of the stops on the international tours of the SIMPLE MINDS and gods MÅNESKIN. No.There will be no TV events with great guests!

The second edition of ARENA ’60 ’70 ’80 was then announced, a journey through the history of music and songs imprinted in the collective memory. After the resounding success of the first edition on Rai 1, in fact, by popular demand Arena ’60 ’70 ’80 will return on 12 and 14 September 2022 to the Arena di Verona, again with the conduction of Amadeus. The presales are available on the Ticketone circuit.

The year is about to end and it is time to take stock. But it’s also time to look to the future – in this case of music – and find out which artists will keep us company for 2022. Here are all the most anticipated albums at national and international level. They range from great returns, such as that of Laura Pausini, Cesare Cremonini or even Stromae and Placebo, up to great debuts such as Mara Sattei and the first solo project by Tommaso Paradiso. Then there will also be the albums of the Big di Sanremo

It will be a constantly updated list, that of best record projects coming out in 2022. The leading artists have in fact revealed what their works will be arriving in the first months of the year, but we are sure that also next spring, summer and even autumn, they will be full of surprises and lots of music. Here are the best albums out.

Not even time to finish this holiday season and the January 7, 2022 it will already be time for great debuts. He arrives “X2The long-awaited debut album from the producer Sick Luke.

Waiting for the Ariston stage for the first time, accompanied by Donatella Rettore, Ditonellapiaga will debut on January 14, 2022 with his first album entitled “Camouflage“.