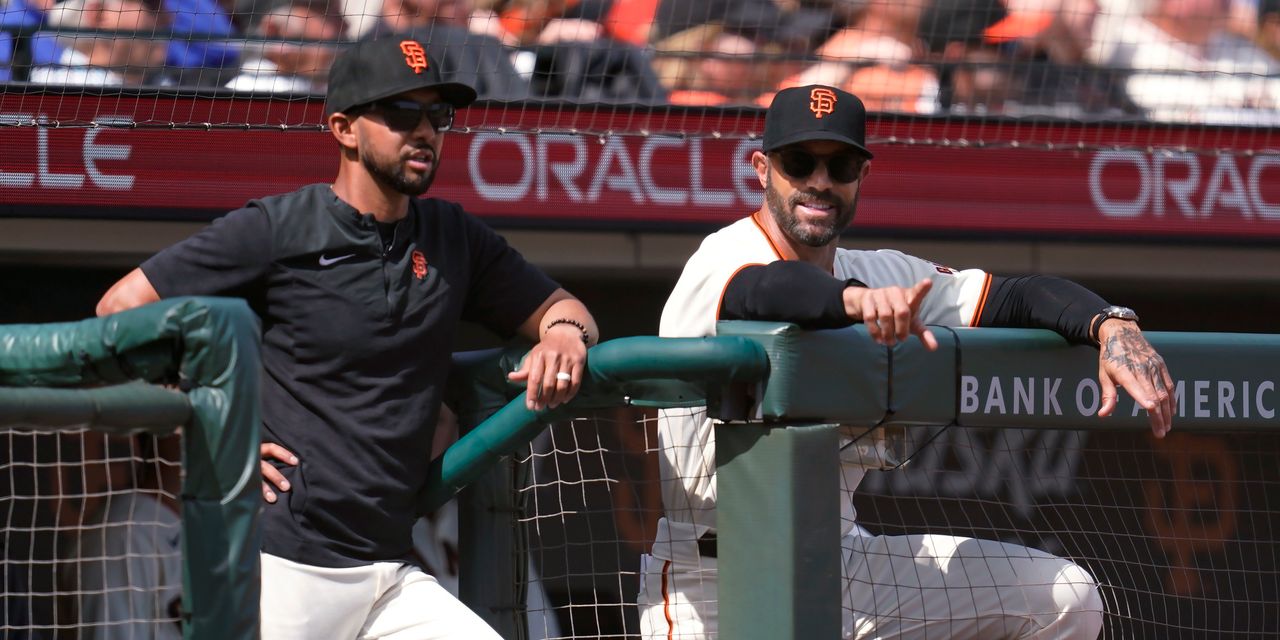 Fernando Perez studied creative writing at Columbia University and is the author of essays that have appeared in prominent literary magazines. Mark Hallberg has spent years working as a teacher and administrator in schools in Saudi Arabia and the United Arab Emirates. Dustin Lind holds a doctorate in physical therapy.

These are some of the unconventional coaching staff who have helped turn the San Francisco Giants into a powerhouse and disrupt a sport that has traditionally not been well received by outsiders. The Giants were the surprise of the National League last season, winning 107 games and ending the Los Angeles Dodgers’ eight-game division title streak. It’s more or less the same at the start of 2022, with San Francisco looking like a serious World Series contender again.

The Giants have accomplished all of this while being guided by a group of coaches like no other in baseball history – and their unexpected success is forcing the industry to rethink who is qualified to wear a major league uniform.

“We hire staff with the idea that a more diverse coaching staff gives us a better chance of winning,” Giants manager Gabe Kapler said. “If you want to have a wide variety of humans that players can connect with, you can’t cut them all from the same cloth.”

This way of thinking would have been considered radical for much of the past 150 years. Conventional wisdom has long dictated that for a coach to earn the respect of players, he must have professional playing experience. “The longer you were there,” veteran pitcher Alex Wood said, “the more credibility you had.”

For Kapler, this attitude never made much sense, especially in the age of analysis. The game-changing data revolution was largely driven by outsiders in the front office, so bringing people with unorthodox backgrounds into the clubhouse seemed like a natural progression.

When Kapler took over as Giants manager in November 2019 after two average seasons in charge of the Philadelphia Phillies, he set out to build a different kind of coaching staff. It would be young, diverse, and filled with candidates who would bring an innovative perspective to the game. Gaming experience would not be required.

The Giants now have 15 people listed on their website under Kapler with the word “coach” or “manager” in their titles, an unusually high number. Only four have played in the big leagues. Four others have never played professional baseball.

“If you just sit them down and talk to them about their craft, there’s no shortage of knowledge or experience,” Kapler said. “It’s just not the type of experience that’s glaringly obvious to the industry.”

Bringing such an unusual staff to San Francisco was a risk. The Giants had one of the oldest rosters in baseball last season, led by veterans like Buster Posey, Brandon Crawford and Brandon Belt. It would have been easy for them to reject new ideas at such a late stage in their careers.

Then something remarkable happened: the team got better. Posey, who retired after the 2021 season, posted his highest OPS since his 2012 MVP campaign. Belt hit 29 homers, 11 more than his previous high. Crawford delivered a career-best performance by a wide margin in nearly every offensive category.

“They got together and decided, ‘Hey, let’s give it a shot,'” bench coach Kai Correa said. “It’s not an easy decision with all the success they’ve had already.”

Correa, 33, fits the description of a coach who could easily have been fired or ignored. He was a Division III college infielder, which he had long assumed would disqualify him from professional coaching. Kapler thought differently.

While working in the Dodgers’ front office in the middle of the last decade, Kapler discovered Correa’s instructional videos on social media and was immediately impressed. It didn’t matter that at the time, Correa was just an assistant at the University of Northern Colorado. Less than a decade later, Correa is Kapler’s bench coach with the Giants, a remarkable rise from baseball obscurity to the edge of the manager’s desk.

Taira Uematsu embodies this philosophy as well as anyone. He grew up in Japan dreaming of playing professional baseball. When those hopes dashed in high school, he came to the United States barely knowing a word of English, but desperate to find a way to stay in the game. His journey led him to the Giants organization , where he spent around 15 years working as a bullpen catcher – an unglamorous, physically demanding and largely anonymous supporting role.

During the pandemic shutdown in 2020, the Giants launched an organizational book club. One of the selections was “The Culture Code” by Daniel Coyle. Reading it convinced Uematsu that he was capable of coaching. Last offseason, he approached Kapler about a promotion. He is now an assistant coach.

“What I’ve learned over the past 15 years is that the best player is not the best coach,” Uematsu said. “Someone who is ready to learn all the time and improve as a coach, these people are good at coaching.”

Uematsu’s life-changing book club was started by Alyssa Nakken, a former college softball player who joined the Giants as an intern in 2014. When Kapler arrived, her job was primarily to develop and coordinate the organization’s health and wellness initiatives and events.

After hearing Kapler address the front office, she was inspired. For the first time, she thought there might be a place for her closer to the pitch. Kapler accepted, and in 2020 she became the first woman in history to serve as a full-time member of an MLB coaching staff.

“He wants to surround himself with people who are going to challenge his point of view,” Nakken said. “In my career leading up to that time, I was in a lot of rooms where people were thinking the exact same thing, and I was bored.”

Even coaches who have already played the game themselves aren’t exactly typical. Perez spent two seasons with the Tampa Bay Rays, but his interests go far beyond baseball. He has been published in Poetry magazine and the Southern Review, worked for various media companies, and taught classes for the School of the New York Times.

The Giants hired Perez ahead of the 2021 season. His title is “director of video coaching.” Kapler described Perez as a “content producer” and did not elaborate. Perez gave no further explanation, but said his work “would only have happened here.”

Hallberg moved to Triple-A for the Arizona Diamondbacks, but his background is anything but traditional. The son of international educators, he spent much of his childhood in Saudi Arabia and Pakistan. After playing, he earned an MBA. Now he is the Giants third baseman coach but before that he taught at Dhahran High School in Saudi Arabia and the American School of Dubai.

The Giants chose to value the former. There could be a championship in their future because of it.

Write to Jared Diamond at jared.diamond@wsj.com