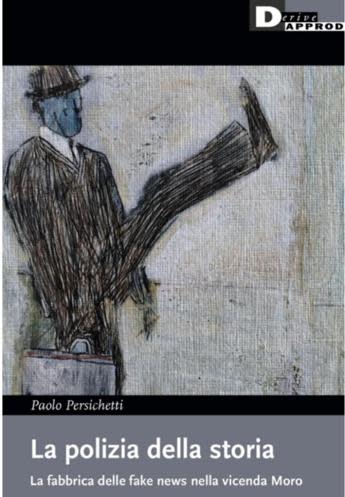 (Adnkronos) – The Battisti case, the reconstructions on the kidnapping and killing of Aldo Moro and the dispute with the Moro 2 Commission. The new book by Paolo Persichetti, former Br and now a historical researcher and author of books and inquiries into the Moro case, which was recently investigated by the Rome prosecutor’s office on charges of having disclosed confidential material from the Parliamentary Commission of Inquiry. An accusation deemed non-existent by the former terrorist, who indeed spoke of an attack on freedom of research, stigmatizing the seizure of his monumental archive on Moro.

Persichetti devoted ample space to the question of his relations with the Moro Commission 2 at the center of the Roman investigation, among other things by reconstructing “at least seven episodes (but the number is probably higher) in which members of the Commission have disseminated news or documents confidential or secret “. “These violations, four of which occurred before December 2015, involved the dissemination of secret reports of at least four witnesses, three heard by the consultants of the Commission and by the President himself, one heard in a secret session by the Commission itself, and various confidential information collected by the consultants “, underlines the researcher, who in the book tells them in detail, explaining that in all cases” it was first-hand documentary material functional to the development of subsequent investigative investigations, the disclosure of which could have harmed the development of further investigations ” .

BATTISTI CAPTURED THANKS TO AN ANONYMOUS MAIL – It was an anonymous email that led to the capture of the former Pac Cesare Battisti, after his escape from Brazil, reconstructs Persichetti in the book that Adnkronos has read in preview. Persichetti explains that he became aware of these details after discovering that he was investigated (and then filed) by the Milan prosecutor in relation to the capture of the former Pac terrorist and managed to acquire the proceedings. Among other things, he writes, “the decisive information” to track down the fugitive former terrorist came “from an e-mail account with an extremely evocative name, ‘judas3636@gmail.com’: Tuesday 4 December 2018, at 16.32, the following message arrived at the visa office of the Italian diplomatic office in La Paz: ‘Good morning, we could provide valuable information about a person you have been looking for for a long time, what we would like to know is what the person who takes the risk to provide could gain information about his exact location. We are talking about Cesare Battisti. Have a good day. “The next day the author of the message was identified: he lived in Santa Cruz de la Sierra, where the investigation immediately took place. The report mentioned the name of another Bolivian citizen who apparently had taken over Battisti upon his entry into the country. The checks ascertained that ‘Judas’ and this second man were in contact and that together they had collected to Battisti from the Brazilian border to take him to a hotel in Santa Cruz, where he had stayed from November 16 to December 21 “.

THE INTERCEPTED EX-PAC LAWYER – “A few telephone contacts with some Battisti family members were enough to induce the Ambrosian Digos to believe that I was in charge of a ‘network’ that provided support to fugitives scattered around the world, a sort of new international red aid, and the lawyer Steccanella managed Battisti’s inaction from Italy providing him with contacts on the spot “, writes Persichetti. In particular, he reconstructs, “while the circle tightened” around Battisti, the Milanese Digos, who had cloned the phone of an Italian family member (the investigation was in the public prosecutor’s office), stumbled upon “contacts between me and the family member dating back to in October 2017, when Battisti was stopped near the Bolivian border and arrested on suspicion of exporting the currency he had with him. was brought back to Italy, as it seemed at that moment. When she asked me for help to find a lawyer, I put her in contact with the lawyer Davide Steccanella, my friend, who had made himself available to take up his defense in the unfortunate hypothesis of his extradition ” . “On January 10, 2019, the Attorney General ordered the cloning of the phone of lawyer Steccanella with the aim of being able to ‘find further and more detailed elements useful for the exact location of the fugitive'”, reveals Persichetti, who adds: “Of this cloning the Attorney Steccanella only came to know in 2021 when, after examining the file, I informed him personally. The cloning of Attorney Steccanella’s cell phone is one – not the only one – of the most disconcerting and paradoxical episodes of this investigation, since it took place when the same investigations had ascertained that Battisti had made use of local contacts, which proved to be completely unreliable, even unrelated to political circles “. Then, “when, on January 14, Battisti appointed lawyer Steccanella, who had had the phone cloned for four days, as his trusted lawyer, there must have been great embarrassment in the Milan Public Prosecutor’s Office and perhaps something more”.

CASO MORO, PHOTOS AND VERBAL DISMISSAL HITS FROM MOTORCYCLES IN VIA FANI – In his new book Persichetti also tackles the ‘yellow’ of motorcycles in via Fani. “Did a large-displacement Honda motorcycle with two people on board really pass in via Fani on the morning of March 16, 1978? If that were true, who was riding that vehicle? Two unidentified brigades or two unsuspecting motorcyclists landed in the wrong place at the wrong time? , as the conspirators argue, were the centaurs men of the Services in support of the Red Brigade commando? The question – writes the researcher – has been on the agenda for years and is back in the news after a sensationalist campaign picked up by the media. A clamor that caused the relaunch of the investigation and a seesaw of contradictory decisions “.

“From a historical and political point of view, if it were ascertained that the bike passed and that it was driven by two unknown Red Brigades, nothing would change. The question would only have a residual judicial interest. However, the Red Brigades have always denied the use of one. motorcycle that morning “, writes Persichetti who then focuses on the testimonies that confirm the presence of the motorcycle, and in particular on that of the engineer Marini, for whom the Honda” blue (but in subsequent testimonies will change color), participates the assault has already begun and even whizzes behind the blue 132 that takes Moro away “. “Sixteen years later, on May 17, 1994, heard again by the prosecutor who was conducting new investigations, engineer Marini makes a revelation that completely overturns the story of the gunshots exploded against him by the Honda motorcycle: ‘I recognize in the two pieces of windshields shown to me, as per exhibit nr. 95191, the windshield that was mounted on my scooter on March 16, 1978. I particularly remember the schoch that I myself affixed to the windshield which in the previous days had fallen from the stand and cracked . Before replacing it, I temporarily put this tape to keep it together. I remember that that day, in via Fani, the windshield shattered and fell to the ground, dividing itself into these two pieces which I subsequently handed over to the police “.

Therefore, observes Persichetti, “it is no longer the gunshots that have destroyed the windshield”. On the other hand, “among the many photos that portray via Fani immediately after the brigatista assault, one can see, right next to the beige Alfasud that carried the head of the Digos Domenico Spinella in via Fani, parked on the left side of the road, a moped next to the low wall that separates the Olivetti bar from the street with a taped windshield. It is the Piaggio Boxer of the engineer Alessandro Marini, ‘left unattended at the intersection with via Fani and via Stresa’. which took place several hours after the Red Brigades attack, because the windshield – as shown in the images – is still on the complete motor, albeit cracked and held by the tape. This photo, which I easily found online in the summer of 2014, definitively silenced the version of the shots fired by the Honda against Marini and which would have destroyed the windshield, also causing the collapse of the version of the bike with the Brigades on board who would have participated in the r apimento and of which the shattered windshield would have been irrefutable proof “.

NOTARNICOLA DID NOT DISSOLVE WHEN BR PROPOSED EXCHANGE MORO-PRISONERS – Sante Notarnicola, the ‘bandit poet’ of the Cavallero gang, never dissociated himself from the request of the Red Brigades, which, with the press release n. 8, asked for the release of 13 political prisoners, including Notarnicola himself, in exchange for the release of Aldo Moro, then reveals Persichetti in the long section of the book dedicated to the Moro case. telling of having received, “four years ago, some time after the release of the first volume on the history of the Red Brigades written together with Marco Clementi and Elisa Santalena”, a phone call from the bandit, who later died in March 2021.

“Sante – writes Persichetti – had called to tell me about a fact that had embittered him very much. Professor Agostino Giovagnoli, in a passage from the volume dedicated to the Moro kidnapping, The Moro case, a republican tragedy (Il Mulino, Bologna 2005), had created a false historian against him. In recounting the reactions aroused by the communiqué number 8 of the Red Brigades, in which in exchange for the release of Aldo Moro they asked for the release of thirteen political prisoners among which the name of Notarnicola was at the top of the list, he had written: ‘Sante Notarnicola immediately dissociated himself from the Red Brigades’ request. It was not true at all “and” today, who has left us, I want to pay off the promise I made to him “.

According to what Persichetti writes, Notarnicola, “after the release of the Red Brigades communiqué, on April 30, 1978, he was called by the Director of the prison, who – truly incredible circumstance – left him alone in his office in front of a telephone: ‘take all the time that you want and call whoever you want, if necessary ‘, he said closing the door behind him. Specific orders had arrived from the upper floors of the ministry where someone hoped in this way to gain a distance, very powerful on the symbolic level by Notarnicola, from the requests made by the Red Brigades to free Moro. At the other end of the line Sante recognized the voice of Valentino Parlato from the ‘Manifesto’ who tried in every way to convince him to distinguish himself from the exchange request, trusting in the long relationship of esteem and collaboration built up in the years of prison struggles. The pressure was considerable and for Sante it sounded like a blackmail of the feelings that, after years, still weighed on him, but of if not “.