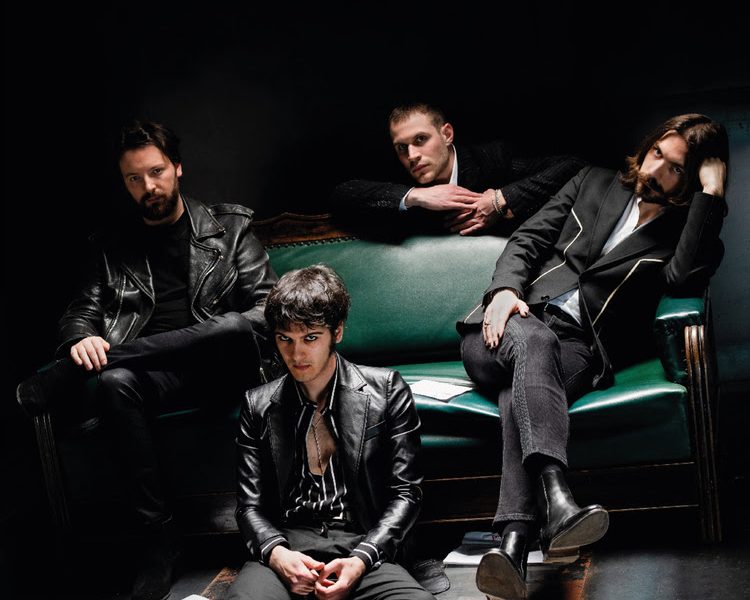 Able to perfectly combine Brit-rock influences with a contemporary and refined writing, BENGALA FIRE are ready to make us hear new music: Jack (Non Sa) is their new single, released this Friday (April 15), a few days after first date of their highly anticipated tour.

Jack, the protagonist of the song, is the symbol of a form of bewilderment that perhaps each of us, sooner or later, has experienced. Jack’s exasperation isn’t a happy ending, or a solution, but it represents a point beyond which needs to something happen, a point of no return, be it positive or black.

Bengala Fire have already shown us, inflaming the stage of the latest edition of X Factor with their rock’n’roll performances, that their natural dimension is the live one and they can’t wait to get back on stage for the their TOUR 2022, which will see them protagonists in some of the most important clubs in Italy!

You have recently announced your latest single Jack (Non sa) and the first tour will start in a few days. How are you these days. I guess these are very busy days. How are you experiencing it?
Jack (Non Sa) is the first Italian song we do. The need to write in our mother tongue was born thanks to Manuel Agnelli who, during our journey at X Factor 2021, urged us several times to try. We discovered that singing in Italian has a totally new, engaging and enthralling emotional impact on us.
As for the tour we are very happy, we can’t wait to start and we are excited to finally experience all of this as a job. Surely when music becomes a serious discourse and is not limited to being a weekend pastime, everything becomes more tense, the scazzi also increase among us and it can no longer be experienced with the lightness with which we faced it before when not we had nothing to lose. Unfortunately, making music at this level also involves many other bureaucratic and organizational aspects that are certainly not the pleasant side of this world. But they’re part of the game and that’s okay.

It seems to me that you are already approaching everything in a very professional and mature way. You, unlike other former competitors, also took your time before announcing something.
We preferred to calmly evaluate all the offers that were made to us and we took the time to analyze which one was right for us, although we had a great desire to go out with something.
At the moment we are collaborating with Kashmir music regarding the organization of the tour and, for example, we immediately found a great affinity with them because it is a team of young guys who are growing a lot in the last period. Maybe they are not the biggest and most important reality in Italy, but for sure we share the passion and the intentions and this was fundamental for us.
Obviously there are also concerns in these days leading up to the tour, but I think we are also quite positive, we have to be positive especially for the fact that we have been playing together for almost 12 years. What we do we really want to do, otherwise we would have stopped or changed style long ago.

True, you didn’t come to the X-Factor stage as a rookie.
We saw x Factor as a great opportunity to make ourselves known and from that point of view we are also very grateful to the program because we have never had any problems or conflicts. We found ourselves very well, indeed I would like to make an appeal because I know that maybe the television programs are not seen so well. I say this as a person who had a big bias before doing this program. They are not stupid things, on the contrary they are things that can be really helpful because in 2 months of the program we learned a lot, both musically, knowing various people, and in any case humanly.

In the last 3 years X Factor has certainly changed its skin, transforming itself from a talent show to a showcase for young experienced artists. Right now it is no longer as essential to win the program as to get involved and get noticed for as long as possible.
I believe that the spirit with which you face this type of experience and the motivation that spurs you are fundamental. To make the most of it you have to want to question yourself and rely on the advice of the people who guide you trying to absorb and learn as much as possible.We trusted Manuel and Rodrigo when they offered us musical choices that we did not know or that we did not appreciate at the 100%, because if Manuel said “no guys instead of this thing here try to do this” or for example at the third episode of the live we did a song by AC / DC that we had never even heard, for us it represented a challenge and their advice has opened up a world we never imagined. We certainly had a very clear idea of ​​what we could do and which sound we liked the most, but we didn’t go there to get stuck and say “we only do this”. That would have been really stupid of us. Now we have a different awareness of what we do and we have also improved a lot on what we thought we knew already well enough.
It was certainly very important and a great help for us to make this choice at this precise moment of our journey. In my opinion, our age ranging from 24 to 29, has allowed us to face the broadcast with the right means to experience it to the fullest without wasting anything of what was offered to us. Before joining The X Factor we all had jobs and something to lose if we didn’t try hard enough. Maybe a 16-year-old boy faces everything more easily but in the same way he may not have the right foundation to make the most of it.

I ask you a somewhat naughty question. Do you think that now that the bar has been raised you will be able to face decisions, even between yourselves, with the same lightheartedness? Now it is no longer a game and you have something to lose.
More like a bitchy question (laughs). It is obvious that when there is so much at stake there is more pressure, but you have to be careful to live it peacefully otherwise you can’t do shit. This was taught by Manuel and Rodrigo who have always tried to convey to us the way to remain calm in dealing with things.

On April 22nd your tour will start from Brescia and on 9 dates it will touch many regions. Have you ever in your 12 years gone outside your region?
Rarely, we have done several concerts over the years, we have done more than 100 concerts but most of them in Veneto; we did some small outings but nothing significant.

What would be a place where you dream of playing?
In Italy we would certainly love to play at the Assago Forum. Obviously it is already a dream for us to think about performing in the clubs that we will visit with our tour. We want to play as much as possible and maybe, one day, even go abroad. We have always dreamed of arriving at mega festivals like Coachella and many others.

Well surely, after the global success of the Maneskin, participation in X Factor Italia makes the dream not so unlikely.
Absolutely! And we are delighted to see Italian guys like us who have made this journey get so high. We don’t want to think about it though because it could just be a dangerous illusion. Of course you hope but we don’t think about it so much, we keep our feet on the ground.

As artists, how do you explain this overbearing and almost unimaginable return of rock on the crest of the wave and among the genres followed by the very young?
I think it is the normal course of things. It can be compared to fashion in my opinion, in the sense that the 80s and 90s are back in fashion as well as the fashion of the 2000s. In recent years, genres like rap and trap have had a huge impact on the music industry. And to be honest I don’t mind rocking too, if done right. Among young people there are always fans of rock music and now it is returning even to those who may not have known it before but who are beginning to feel the need to listen to something that is new to them.

Our magazine is called MusicAttitude, what is your music attitude in your life, how does music enter your life beyond what your job is?
Interesting question, I tell you the first thing that comes to mind, like when you shower with a song that gases you a lot and I also tell you the song, Knights of Cydonia by Muse while taking a shower is something special .
Seriously, I am very faithful to that term that has perhaps been inflated lately, which also makes me tenderness because we have been using it for several years which is rock n ‘roll. It really made me smile when the Maneskin won Eurovision and Damiano said “Rock n ‘roll never dies”. I looked at it and I thought “guahda this one that in a moment says one thing and we are beating ourselves all these years with this term”. Rock n ‘roll is not a genre but it is the emotion that only listening to music can give you. Rock n ‘roll is also that vibe that you feel inside when you listen to techno music and that makes you feel good. This is the attitude I want from music. Even a sad song can make you think “fuck I can do it”. This for me is the rock attitude.

Presales at the link: kashmirmusic.it/tour/bengala-fire-tour/