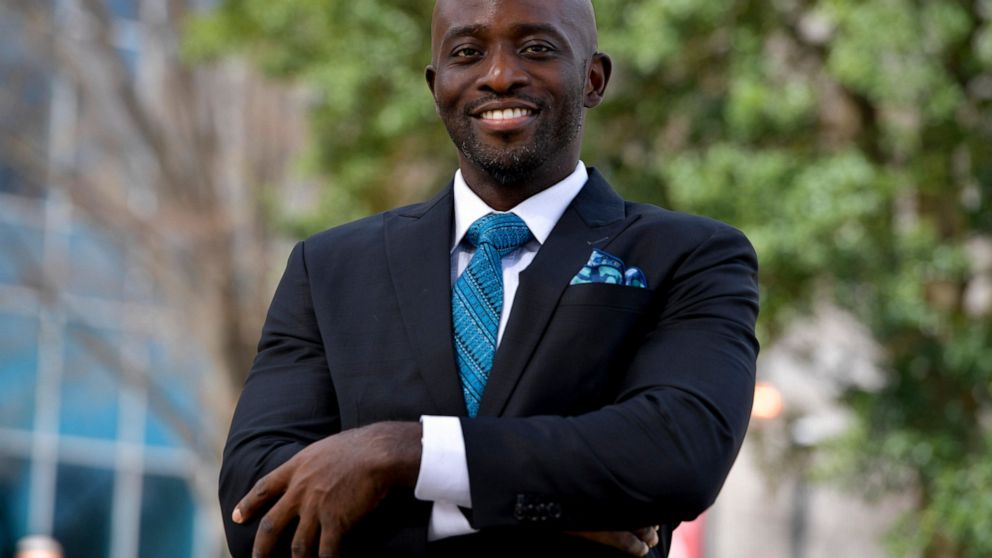 ATLANTA — Dr. Dare Adewumi was thrilled when he was hired to lead the neurosurgery practice at an Atlanta-area hospital near where he grew up. But he says he soon faced racial discrimination which eventually led to his dismissal and prevented him from getting a permanent job elsewhere.

His lawyers and other defenders say he’s not alone, that black doctors across the country often face discrimination, ranging from microaggressions to career-threatening disciplinary action. Bias, conscious or not, can be amplified in a fiercely competitive hospital environmentthey say, and the underrepresentation of black doctors may discourage them from speaking out.

“Too many of us worry about retaliation, about what happens when you say something,” said Dr. Rachel Villanueva, president of the National Medical Association, which represents black doctors. “We have dozens of doctors sending us letters about these same discriminatory practices all the time and asking for our help as an association to fight against it.

According to the Association of American Medical Colleges, black physicians made up just 5% of active physicians in the United States in 2018, the most recent data available. People who identify as black alone make up 12.4% of the total US population, according to the 2020 US Census. For the 2021-2022 academic year, 8.1% of students enrolled in medical schools identified as Blacks alone. The Association of Medical Colleges and the National Medical Association announced an initiative in 2020 to address the shortage of black males in medicine – they made up just 2.9% of enrolled students in 2019-20.

The American Medical Association, the nation’s largest and most influential group of doctors, is also trying to attract black students to medicine, working with historically black colleges and universities and helping secure scholarships. studies, said the chair, Dr. Gerald Harmon.

“We try to put our money where our mouth is on it and our actions where our thoughts are,” he said, acknowledging that, among other things, a shortage of black doctors is contributing to poorer outcomes for the health of black patients.

Some black doctors who believe they have been abused are speaking out. Adewumi, 39, filed a federal lawsuit in September against Wellstar Medical Group and Wellstar Health Systems alleging employment discrimination based on race.

“If they don’t like it, that’s one thing, but you can’t penalize someone – by law – based on their race,” his lawyer CK Hoffler said. “And that’s exactly what happened to Dare. And that’s what many, many highly trained, highly trained, and highly skilled African American doctors experience in this country.

Adewumi said some of his surgical decisions were questioned and he was put through a performance review plan, measures he said were a pretext to push him back. He said he had a previously spotless record and that his white colleagues had not faced similar scrutiny.

“I’ve worked so hard, done so much to get to this level, and all I really wanted to do was help sick people,” he said. “And here it was taken away from me for no reason other than my skin color.”

William Hill, a lawyer for Wellstar, said the case was sealed so he couldn’t speak to specifics.

“Wellstar does not discriminate. Dr. Adewumi has not been subject to discrimination or unfair treatment. Patient care and safety are Wellstar’s top priorities,” Hill wrote in an email, noting that they have filed a motion to dismiss the lawsuit.

Dr. Stella Safo, an HIV specialist, is among a group of past and current employees of the Arnold Institute for Global Health at Mount Sinai in New York who, in April 2019, sued for discrimination based on gender. sex, age and race. Some claims have been rejected but others are moving forward. Safo’s claims focus on alleged gender discrimination, but she said that as a black woman, racial and gender discrimination are intertwined. Since filing the lawsuit, she has heard many people tell similar stories.

Adewumi’s allegations come as no surprise to her: “It’s what a lot of us have experienced firsthand,” she said.

Speaking out has been “terrible”, Safo said, adding that she had risked her career and lost friendships. But she felt vindicated by changes: Last year, the New York City Council passed legislation to create an advisory council to examine racial and gender discrimination in hospitals.

A judge sealed Adewumi’s lawsuit and certain documents filed in the case at the request of Wellstar, which cited confidential information. The following account of what happened comes from an interview with Adewumi and a complaint he filed with the Federal Equal Employment Opportunity Commission, which in July granted him the permission to proceed.

Adewumi signed on in March 2018 to lead neurosurgery services at Wellstar Cobb Hospital in Austell, Georgia. The hospital hadn’t had a neurosurgeon in a decade and was referring patients elsewhere, including Wellstar Kennestone Hospital, where Adewumi’s supervisor worked.

As his practice began to flourish, Adewumi felt his supervisor targeted him “with the intent of undermining my skills as a doctor and pushing me out of the group,” the EEOC’s complaint states.

In November 2018, Adewumi began receiving “inquiry letters” into the trades he had carried out. These anonymous letters can be submitted by any member of the medical staff or be triggered by a patient complaint. They are reviewed by the hospital’s medical executive committee. .

At first, Adewumi said, he didn’t know what the letters were, having never received anything similar. But in eight months, he had received 15, all but one filed by colleagues.

Separate independent reviews commissioned by the hospital and by Adewumi’s lawyers found the concerns stemmed from differences of opinion over surgical approach or technique, not standards of patient care or safety, according to the EEOC’s complaint.

By contrast, Adewumi said, he is aware of at least two instances where white colleagues performed unnecessary surgeries or left a patient disfigured. He does not believe they received letters of inquiry or were disciplined in any way.

After unsuccessfully trying to mend the relationship with his supervisor, Adewumi said he went up the channel to raise his concerns and a hospital system official suggested it might be best for him to quit. Stunned by the suggestion, Adewumi refused to quit.

Wellstar then proposed an “action plan”. It wasn’t meant to be punitive, but would help “integrate him better” into the core group of neurosurgeons at Wellstar Kennestone Hospital, he was told.

Several black doctors in Georgia and elsewhere who spoke to The Associated Press said hierarchy and competition in hospitals, where surgeons are rated and paid based on productivity, can lead to people being targeted if they are not unappreciated or are perceived as professional threats. Racial bias can make this worse, they said.

Adewumi suspects this is what happened to her. Before coming to Wellstar, he had done two fellowships in spinal and brain tumors, learning difficult techniques that others in the neurosurgery group could not do. Additionally, his presence at Wellstar Cobb meant that lucrative surgeries were no longer referred to his colleagues at Wellstar Kennestone.

At an action plan review meeting in August 2019, leaders of the medical executive committee applauded Adewumi’s progress. Two months later, on October 8, he was fired “without cause”. He was assured that he had “done nothing wrong”, that he was fired because “some relationships were not encouraged”.

His dismissal took effect at the end of a 180-day notice period, in April 2020, but he was not required or permitted to work at the hospital in the meantime. This meant he couldn’t complete a six-week “mentorship” requirement, leaving his action plan incomplete.

In March 2020, as the coronavirus began to strain hospitals, he emailed Wellstar administrators offering to temporarily return in any capacity to help. He thought that the hospital could use some extra hands, and it might allow him to complete his action plan and resolve his situation without prosecuting. But Wellstar refused.

With his action plan incomplete, the hospital refused to give him a “letter of good character”, leaving him unable to find a hospital that would qualify him, meaning he cannot work as a neurosurgeon.

“They cornered and locked him up, effectively,” Hoffler said. “You’re not doing this by chance, by mistake. It’s intentional and deliberate and that’s why we have a lawsuit pending.