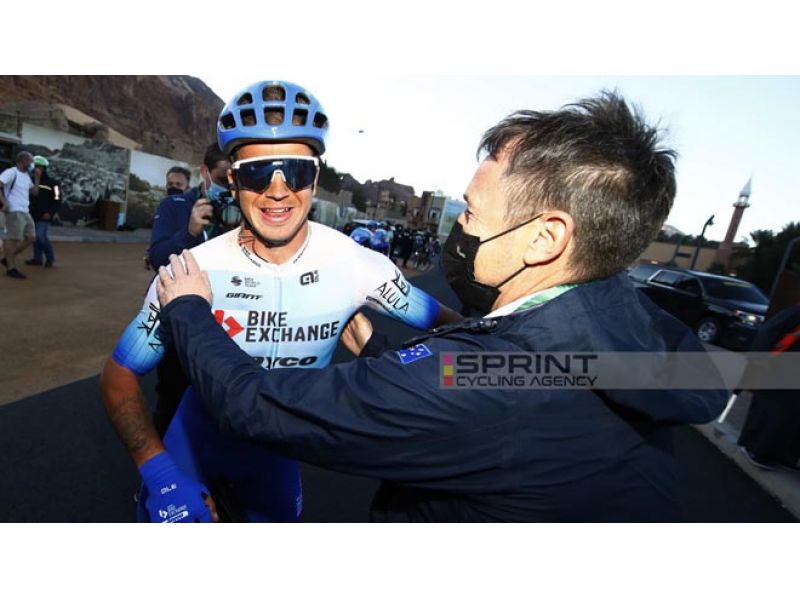 A man of the world like him would never have expected to have to stand still, not to be able to see loved ones and introduce them to his child, to see his own riders forced to give up on goals they had worked for years and, barely things they seemed to be turning for the best, for a war to break out in Europe.

Brent Copeland is South African but has been living in Como for some time with his wife Gabriela and for just over two years with little Grace, who came into the world while this was struggling with the pandemic and her father with the concern of managing a professional cycling team for its itinerant nature.

The general manager of BikeExchange Jayco ideally opens the doors of his house to us, in the days when he was finally able to hug his parents again after 4 years spent over 12,000 km away, and tells us about the good start to the season of his team, the ambitions for the pink race, the sanctions imposed on Russian athletes that remind him of those he and his compatriots suffered as a result of apartheid. A chat full of ideas, from Simon Yates’ pink dreams to Nelson Mandela’s Nobel Peace Prize.

How much have travel and contact restrictions, even with loved ones, influenced the performance of runners?
“Very, very much. Last year we felt the difficulty of Australians who, at the end of the season, were unable to return home to their families to “disconnect” as usual in winter. The 2020 season ended at the end of November with the Vuelta and in January we were back on track for the new one. For many runners, the season lasted 18 months, it weighed both physically and mentally. This is not an excuse, but this has certainly affected the lack of results. I was supposed to see my parents in December but due to the Omicron variant we had to postpone once again as the flights to South Africa had been interrupted again, but now fortunately they managed to join us in Como. These two weeks together are worth gold. We didn’t do anything special, just a few laps around the lake and Milan, but finally seeing them with their granddaughter in their arms was really exciting. What we experienced was surreal, we hope to return to normal soon ».

Meanwhile, the start of the season for your team went much better than in 2021.
«Last year we finished with only 9 victories, now we don’t set limits. The arrival of Dylan Groenewegen made the difference, he is the pure sprinter we needed, it is no coincidence that he gave us the first two wins at the Saudi Tour. He brought a winning mentality to the team. He is a tough guy, who knows what he wants and when things don’t go he has the courage to point it out so that they change, always in a respectful and productive way. He has already won four stages in the Tour de France in his career and we are convinced that he can prove that he is the strongest of all, starting with the next fast classics. He is an exceptional guy, a top-level athlete, who had interested us for a while and we were able to guarantee ourselves thanks to Giant who was fundamental in this operation and which, with his three-year commitment, allows us to work with serenity. I see a nice change in the morale of the whole group, it’s more proactive. We are working well, despite the obstacles that we continue to face, most recently these numerous diseases that it is not clear if they are linked to Covid or if they are simple influences. Our medical staff is analyzing what is happening to understand more and protect the health of the runners ».

Yates and Matthews seem to have reunited.
“Simon is running well, his performances at Paris-Nice were comforting, after Covid it is never clear if an athlete can return to the level he was before, long-term scientific evidence is still missing, but the victory in the final stage was an encouraging sign. Simon is our tip for the great stage races, starting with the Giro d’Italia, which a year ago saw him on the third step of the final podium alongside Egan Bernal and Damiano Caruso. It is our great dream: he has been around us a lot, it would be nice if he finally won the pink jersey. Michael, for the first time in his career, didn’t win a single race last year, even though he often came close. Finding himself with his arms raised in a World Tour race (the first stage of the Volta Catalunya, won in the sprint in front of Sonny Colbrelli, ed) served him for morale. He recently suffered from gastrointestinal problems but I hope he will recover for the Amstel Gold Race ».

Who surprised you?
«The young people who are growing at their best. Kaden Groves is 23 years old and is tackling the sprints with the confidence of a veteran. Matteo Sobrero has already been a protagonist at Coppi & Bartali and I expect him perky at the Tour of The Alps. I also await a signal from Dion Smith, Alexander Konychev, Jan Maas, Kevin Colleoni, rookies Campbell Stewart, Alexander Balmer, Kelland O’Brien and Jesus David Peña. We are investing with them for the future, their placings give us satisfaction and give us hope ».

Covid protocols remain strict and cause concern.
“A lot. Our doctors Guardascione, Pollastri and Beltemacchi rightly insist on continuing to carry out numerous internal checks, which are important to know how the athletes are doing. Recovery from this virus is not obvious, especially for those who practice an endurance sport. The health of riders and staff for us comes before any result, it is clear that the more you search, the more you find, and this is frightening because a positivity can compromise months of preparation. We do not want to find ourselves as in 2020 with the winner of the Tirreno given among the favorites for the pink race, who after the first uphill finish is already knocked out. We remember that experience well and keep the attention threshold high as the pandemic is not over yet. It scares all the teams because each invests a lot of time, money and planning in preparing an important race and risks finding themselves with nothing in their hands, not for lack of performance or an injury. This is why I do not find it correct that the UCI is pushing so much on the sporting criterion for the world ranking, it is clear that we are not all running on an equal footing. The pandemic is not a normal thing and the team classification system should take this into account ».

The women’s team is going strong.
«We are delighted. In Australia Ruby Roseman-Gannon started as best she could not. She is a very talented young girl, who in Europe she needs to experience but who has everything to grow up. The American Kristen Faulkner unfortunately fell during the reconnaissance of the Strade Bianche, hitting her head. She would have been our tip for the classics but she is not ready to re-enter the race yet. We hope in Belgium Arianna Fidanza will assert herself and for the stage races we see how Amanda Spratt will recover: the Australian expert at the end of September underwent an operation to resolve the iliac artery endofibrosis from which she suffered, we hope for the Tour de France can return to the top. The revelation? Pay attention to Urska Zigart, she is not only Pogacar’s betrothed ».

Cycling is getting cooler, now even Netflix has taken an interest in our movement. Do you think a documentary that tells the behind the scenes of our sport could create further appeal?
«Absolutely yes, it is a beautiful project that will allow us to involve many people who have never followed cycling before as Drive to Survive did with Formula 1. Netflix is ​​very popular, especially by young people. In general I think that cycling has done a great job in recent years, it has overcome the pandemic better than many other sports despite the logistical difficulties and the movements it imposes. We must be proud of it and value our product so as to increase the interest of companies that could invest in it. We are grateful to Gerry Ryan not only for how much he finances the team but also for the desire he gives us every day to keep improving. He can’t wait to come to the Giro, he is like a child ready to unwrap a beautiful toy, he doesn’t fit in the skin. He hasn’t been able to meet the team physically for three years, but despite everything he has always been supportive and will be in the future as well. He will be present at the great departure from Hungary and we aim to repay him with the satisfactions that his passion deserves ».

Speaking of sponsors, there is a team stuck in the pits due to the sanctions following the Russian invasion of Ukraine. How do you assess this situation as a manager?
«It is a very complex story, which goes beyond sport. As a South African I have experienced something similar firsthand because my country has received 24 years of sanctions from the whole world for apartheid. In the early years of my career I could not participate in international events, until the nineties, when Mandela arrived and the policy of racial segregation was put to an end, my compatriots and I could not even dream of going to the Olympics, the world championships, or participating to competitions such as the Giro or the Tour. Certain decisions must be taken to put pressure on politicians, the consequences unfortunately fall on the economy in general, on companies, companies and individuals who do not deserve them and have nothing in common with those who govern the their country. War has many faces, none of them are beautiful. In the group we have boys and girls of all origins, colors and creeds, our sport is undoubtedly compact in promoting peace and we hope to be able to go back to racing all together without a doubt ». 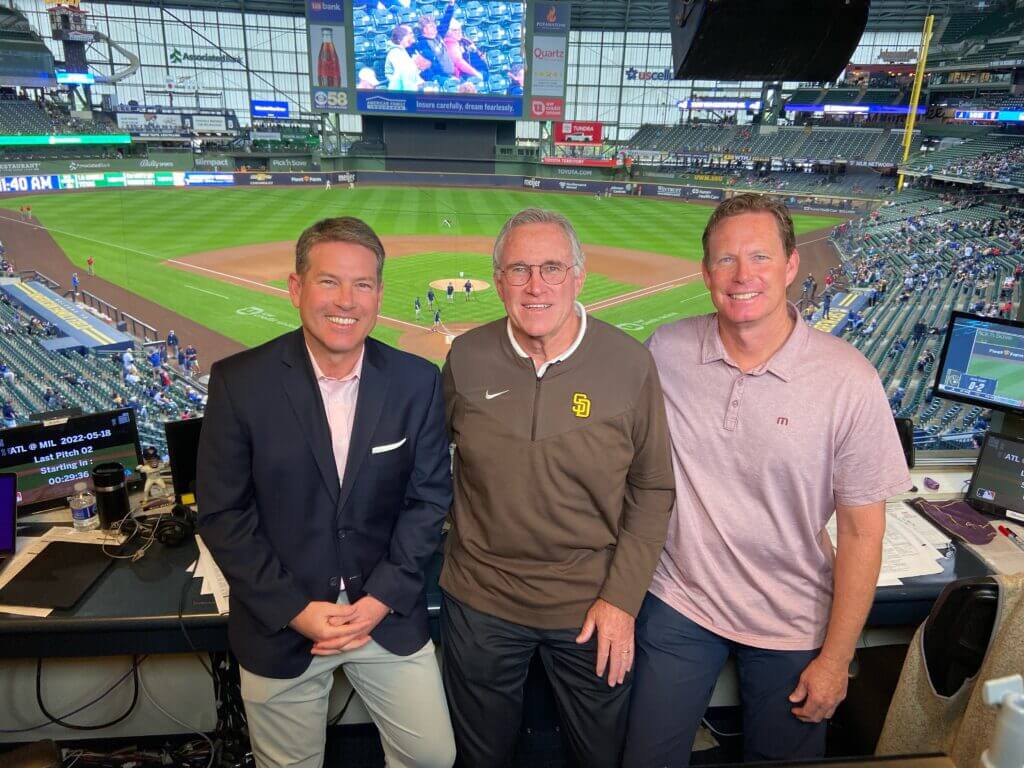