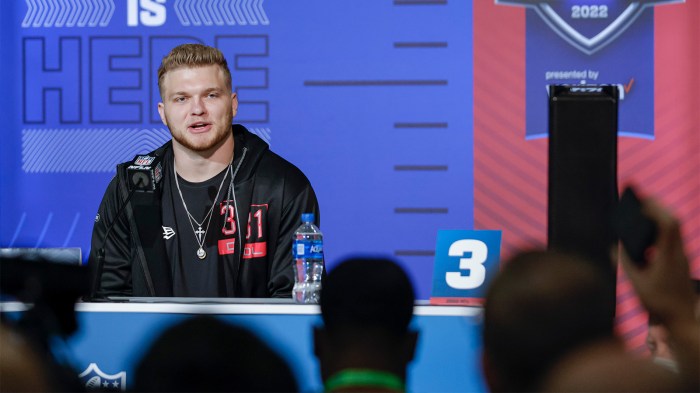 The first round of this year’s NFL draft stands to be pretty dull for a quarter of the league’s fan bases. Eight teams won’t be participating in the first round, having previously traded away their top draft picks. But on the flip side, fans of another eight clubs will have double the fun to look forward to next week, with their favorite teams heading into the draft with two first-round picks apiece.

The concentrated nature of this year’s opening round is of particular interest to forecasters. For bettors and fans alike, the first round seems easier to predict than in past years, since there are fewer teams doing the picking – and thus, fewer guesses about team needs that must be made. (Compare that with last year, when just three teams had multiple selections in the top 32 picks, and many more draft priorities needed to be estimated.)

With that in mind, let’s look at two ways of predicting the top of the draft: the betting markets (using DraftKings Sportsbook’s draft over / unders) and a new predictor tool from ESPN Analytics. The ESPN model is based on prospect grades from Scouts Inc, expert mock drafts and team needs, and it weights these factors in proportion to how accurate they have been in the past. We’ll be paying special attention to cases where the statistical model and the betting market diverge the most in their projections, since those differences might indicate players with hidden value.

Both the markets and ESPN’s model seem convinced that Michigan edge rusher Aidan Hutchinson will be the first player chosen. ESPN is more confident than the DraftKings market, but both sources put the probability that the Jacksonville Jaguars will select Hutchinson north of 63 percent.

On the next-most-likely pick, however – Georgia defensive end Travon Walker – ESPN’s model diverges strongly from the markets. While DraftKings puts the probability that Walker will be selected before the fourth pick at 67.8 percent, ESPN’s estimate is 29.5 percentage points higher at an eyebrow-raising 97.3 percent. As another point of reference, Grinding the Mocks lists Walker’s expected draft position at 5.2.

There are certainly reasons why Walker might be picked near the top of the draft. He had an excellent draft combine, running the 40-yard dash in 4.51 seconds – impressive for someone who’s 6-foot-5 and 275 pounds. Walker added a 6.89 three-cone drill score, displaying a level of agility that is perhaps even more notable for a player his size di lui. But scouting reports are critical of his “get-off” – a trait that correlates well with pass rushing success – and question his ability to “bend” while pass rushing. At least one scout said he will likely come off the field on passing downs, and Pro Football Focus notes that he’s still figuring out how to rush the passer. I’m pretty confident in saying that selecting a run-stuffing defensive lineman with one of the first three picks in the draft – even in a class without any elite QB prospects – would be a very poor allocation of draft capital.

And speaking of confidence, ESPN’s model is almost equally sure that Cincinnati cornerback Ahmad “Sauce” Gardner will be off the board prior to Atlanta’s pick at No. 8 overall. ESPN estimates the probability of a selection at pick No. 7 or earlier at 96.4 percent. According to PFFGardner didn’t allow a touchdown across his entire college career (despite starting as a true freshman), so there is clearly reason for excitement. What gives pause is that the market puts the chances of a selection earlier than eighth at just 54.1 percent. That’s a massive difference, and if ESPN is correct, there appears to be strong value on an “under” bet.

The model output is as bearish on Mississippi State offensive tackle Charles Cross’s draft stock as it is bullish on Gardner’s. ESPN forecasts a 1.5 percent chance that Cross will be selected earlier than eighth; even if we include the unaccounted-for probability of 3.7 percent, Cross is still given just a 5.2 percent chance of hearing his name di lui in the first seven picks. Meanwhile, the DraftKings market implies a 43.1 percent probability of him going that early. PFF scouts believe Cross is a dominant talentand he plays at a premium position, so it seems slightly strange that ESPN would give about a 5 percent probability to the under – particularly with the Texans, Giants and Panthers all needing a tackle and picking prior to No. 8.

Ohio State’s Garrett Wilson, who might be the draft’s best wide receiver, is another player that the model is notably high on. Grinding the Mocks has Wilson’s expected draft position at 11.1, over the 10.5 line set by DraftKings, and the markets are close on whether he’ll be selected in the top 10. But ESPN’s model sees an 8.9 percent chance of Wilson making it past pick No. 10 ; and like with Cross, even after we add in the unaccounted-for probability from ESPN’s model of 4.5 percent, the model still would give Wilson just a 13.4 percent shot at being selected later than 10th. It makes quite a bit of sense that the Jets – who currently have the No. 10 pick – would be interested in a young WR after starter Corey Davis suffered through an injury-filled 2021. The sticky wicket for the markets seems to be the fate of USC WR Drake London; his presence di lui around the same range of picks appears to be creating a lot of uncertainty around where Wilson will be selected. London could easily leapfrog Wilson – though the Washington Commanders have a need at WR and could grab whichever speedster falls to them at No. 11.

Those are some of the largest differences between the market and ESPN’s model, but far from the only ones. With the forecasts diverging sharply (which, for our purposes, is a disagreement of 25 percentage points or more) on 36 percent of the top 22 prospects, any hopes of a more predictable first round this year seem to have been dashed. Whether it’s the particular dynamics of the 2022 draft class or the amount of uncertainty captured in the projections, there remains substantial doubt over who will get picked when.

An interesting question arises from all of this divergence: In the cases where it is much more confident than the market, has ESPN identified something in the data that the market – which ostensibly incorporates all information – is missing? It’s a fascinating question, and with the draft just 10 days away, we don’t have to wait long to find out.

The code used in this analysis can be viewed on Github. 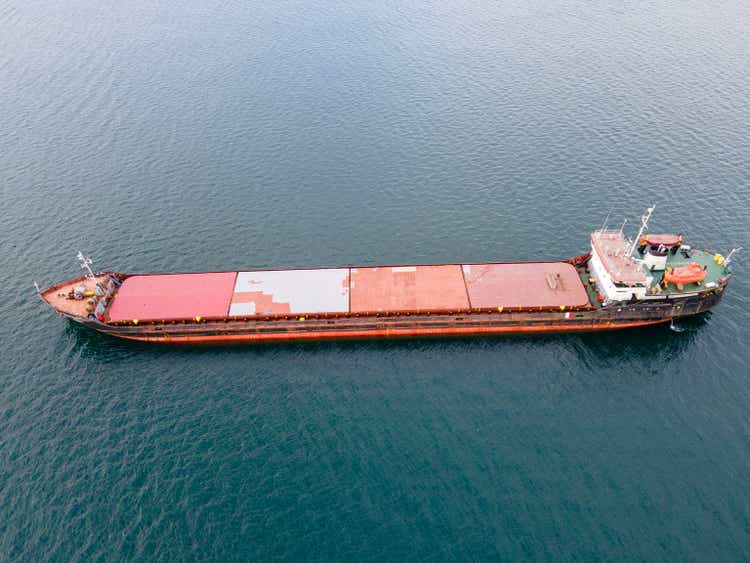