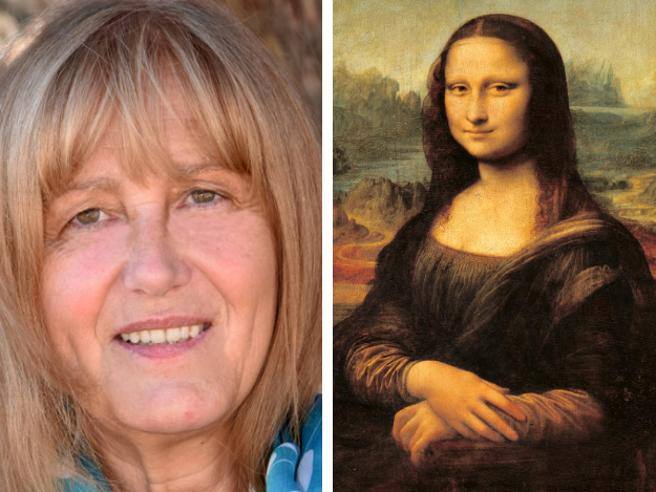 “I’m sure, what we commonly call Mona Lisa or Gioconda was Bianca Giovanna Sforza, the eldest daughter of Ludovico il Moro and wife of Galeazzo Sanseverino, who was a great friend and patron of Leonardo da Vinci. And those in the background are the hills of Bobbioin the Piacenza area, seen from the Malaspina Dal Verme castle. The date of realization? 1496, shortly before Bianca’s death “. This is the thesis of Carla Glori, a retired independent researcher from Savona, who has supported this “discovery” since 2011. You’ve been studying Leonardo da Vinci for thirty years, “a lifetime” she says smilingand in recent days he has re-launched his hypothesis (which, however, according to what he claims and tells of having reconstructed it would be much more, ed). A recent discovery in the paleontological field by a group of scientists led by Andrea Baucon of the University of Genoa and Gerolamo Lo Russo of the Natural History Museum of Piacenzain fact, would certify that the icnofossils of which he speaks Leonardo da Vinci in the Leicester Codex would be those traceable in the area of Pierfrancesco di Gropparello, just near Bobbio. «Fossils practically unique in Italy also given the presence in that territory of the tectonic window, another rarity. This would attest that Leonardo was in those places, but obviously there is not only this ».

Leonardo da Vinci and the Mona Lisa. Character and work that have always fueled mysteries and legends. You come to give a very accurate solution to the “enigma of the Mona Lisa”. She did it starting from another point of view, she first wanted to explain what lies behind the female figure to which she then “hooked” all the rest.
«My thesis was born in 2011 and I think it is one of the most accurate for documentation, studies and research. It has also been very attacked but recently this study on icnofossils and Leonardo published in Rips, the most important Italian journal of paleontology in the academic field, I think has given a very remarkable point in my favor ».

Why do you think the one in the background is Bobbio?
«I found 13 points in common between the current landscape and the one represented in the painting. A very important element is the Ponte Gobbo, but there are 9 elements that I think are stronger. The view is from the Malaspina Dal Verme Castle. Over time, more hypotheses have been made about that bridge, someone has often talked about the Buriano bridge in Arezzo, but the structural characteristics in my opinion leave little doubt. Today, looking in that direction, the view is a bit hindered by a large plant but in reality there are not very big differences. The castles of Piacenza have strong mystical and esoteric components and this is also a strong reminder of the theories on Leonardo ».

What links did Leonardo have with that territory?
«Sanseverino was Marquis of Bobbio, but above all he was also commander of the army and defender of those lands. His relationship with Leonardo is well known. In Bobbio there was the Sforza library and Leonardo was certainly attracted to it. Let’s say that in addition to the novelty of the fossils, there are many historical and artistic points that support this theory. Hidden and mysterious parts in the lives of many protagonists of these events are elements that feed many stories. The court has always been a difficult environment full of pitfalls ».

He also talks about artistic documents.
«I recently published an article on the mural drawings of the Malaspina Dal Verme castle dedicated to the jouster Galeazzo Sanseverino. It could only be he among the personalities who passed there who was a juggler. Leonardo often accompanied him and may have supervised the implementation of the project. But there is also more ».

What is it about?
«In 2014 the international scholar Pascal Cotte was able to carry out exams on the Mona Lisa with new analysis tools, exploiting the beams of light, he discovered something that I had already hypothesized: under the female figure there was another younger one. What I have always thought is that what we see is not the real face of Bianca Giovanna Sforza but is a modified, aged face. This is probably because the painting must have been a gift from Leonardo, perhaps a wedding gift, and when the situation for the young woman and the Moor worsened it became difficult for him to turn with that figure. It is as if someone was found today with the photo of Putin’s wife and daughter. At that point Leonardo decided to intervene to change the features of the face ».

This would explain why the figure is considered so enigmatic. Do you believe that her strong point is having a thesis with a series of elements at 360 degrees?
«The icnofossils are eight hours’ walk from Bobbio, considering that Leonardo used to move riding a mule, the time was even shorter and in any case the presence in that territory is widespread. For me it is essential to nail it in that place and everything else comes automatically. Obviously if he had disseminated and told in documents his movements everything would have become simpler but he was actually an elusive figure and for some more important things the location of him is certain. The historical and artistic elements, as I have told you, are confirmed by many parts. I believe that he behaved like this because he lived in times and places with so many intrigues and conflicts, which is why he also used particular writing codes to be deciphered ».

When was your passion for Leonardo born?
«I have no background in art history but philosophical and philological. However, I deal with literature and cryptography and have been studying Leonardo and his papers for more than thirty years. I have always been particularly fond of his female figures, because he actually decided to represent women in particular ways ».

Do you think he will ever manage to have the “official” of his discovery?
“My hope is to do it before I die (laughs, ed). Joking aside, especially at the beginning it was not easy for me to highlight this hypothesis, but over time everything became simpler. Also because when a research has solid foundations, this happens, it feeds on itself and the other elements automatically fit together with the others ».

When Dan Brown wrote “The Da Vinci Code” what did he think?
«Surely Leonardo offers ideas for developing theses and hypotheses. He remains an elusive figure. I have seen the film and I have not read the novel, but I must say that all that esoteric theory about his figure and his work seemed excessive to me and takes a little off topic. Returning to the previous question, I believe that my entire study needs only further confirmation ».

Which?
«Some large research institute or institution would need to decide to carry out research in the area, perhaps with drones to scientifically compare my findings and what we see in the Mona Lisa. Some distances it is normal that they may be slightly different but I believe that with that research I could get the last and definitive piece ».

If you want to stay updated on the news of Bologna and Emilia-Romagna, subscribe for free to the newsletter of Courier of Bologna. It arrives every day straight to your inbox at 12 noon. Just click here.