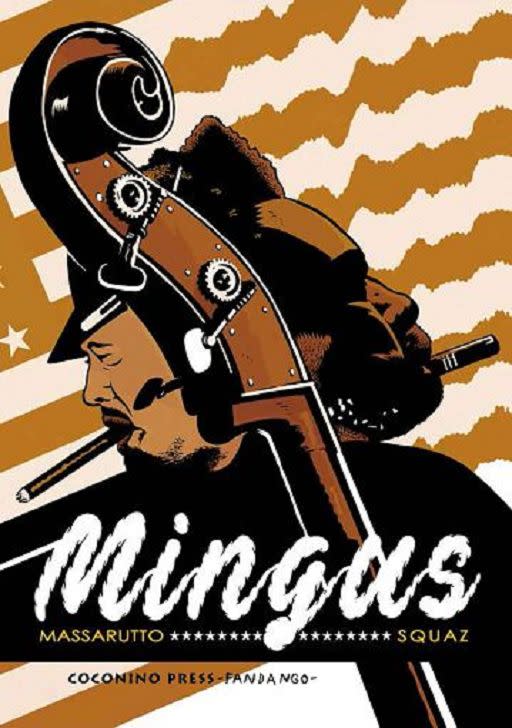 Rome, April 27 (askanews) -The tenth edition of the Torino Jazz Festival (TJF) – scheduled from 11 to 19 June – pays tribute to Charles Mingus (1922-1979), one of the giants of jazz history, one hundred years after his birth . Double bass player, pianist, writer and composer, concerts with four absolute masters of his instrument of choice, the double bass, are scheduled to celebrate Mingus, as well as appointments with literature, graphic novels and theater.

In the 9 days of programming, over 50 events are scheduled at the TFJ, a project of the City of Turin, created by the Turin Culture Foundation, Main Partner Intesa Sanpaolo and Iren, with the contribution of the CRT Foundation, OGR Turin, ANCoS and Confartigianato Imprese Turin. The places of TJF – directed by the musicians Diego Borotti and Giorgio Li Calzi – are the Officine Grandi Riparazioni (OGR), the Giuseppe Verdi Conservatory, the Auditorium of the Intesa Sanpaolo skyscraper, the Vittoria Theater, the Waldensian Temple and the city’s jazz clubs.

Saturday 11 June, on the opening day of the Festival, in addition to the Mingusian memory, there will be concerts in jazz clubs including an original reinterpretation of a great classic of contemporary music, “In C” by Terry Riley reworked by a quartet of musicians Turin, Berts, Chirico, Dellapiana, Mazza, to modular synthesizers.

In addition, in collaboration with the Circolo dei conti Foundation and the Turin International Book Fair, it will be possible to attend the meeting with the English writer Jonathan Coe who tells the public about his double passion for literature and music interviewed by the Turin writer Giuseppe Culicchia.

Sunday 12 June the appointments and concerts dedicated to Mingus, at the Giuseppe Verdi Conservatory, Jonathan Coe, in the version of musician and composer, guest on keyboards, of the Artchipel Orchestra, conducted by Ferdinando Faraò, continue, while among the concerts in the clubs, that of Tad Robinson , one of the leading exponents of contemporary soul blues.

Monday 13 June at the Giuseppe Verdi Conservatory, an Italian premiere, in collaboration with the Royal Norwegian Embassy, ​​the meeting between the Norwegian trio Elephant 9 by Ståle Storløkken, favorite pianist of Terje Rypdal, member of the Supersilent and Motorpsycho groups, with the famous Swedish guitarist Reine Fiske of Dungen unleashes an explosive blend of contemporary prog, jazz and avant rock. The many concerts in the clubs continue on this day as well.

Tuesday 14 June an interesting Jazz Talk in the Barriera Laboratories with the presentation of the results of a research conducted on the audience of MiTo SettembreMusica and Torino Jazz Festival and the concert, in national premiere, in the Waldensian Temple of Ståle Storløkken, in an unusual performance at liturgical organ.

On Wednesday 15 June at the OGR one of the most anticipated appointments of the Turin Jazz Festival 2022 is scheduled, the first European date of the “One Final Music Session” tour by Milton Nascimento, star of Brazilian music, singer-songwriter celebrated in the world for his expressive power with the which has renewed the rich repertoire of his country. A great party, for his farewell to the stages, which brings together a group of close-knit musicians, once again tightened around his undisputed talent.

While, at the Intesa Sanpaolo skyscraper Auditorium, Chanda Rule, the first national one, is yet another gem produced by that authentic mine of vocal talents represented by the Southside of Chicago. Her bewitching voice takes up jazz standards and New Orleans tunes in a contemporary key. The Jazz Talk, “The Light and the Dark”, music and the great themes of contemporaneity, with Domenico Quirico, journalist, writer, correspondent of La Stampa, who converses with John Vignola, journalist, critic music and radio host of Radio1.

Thursday 16 June, at the OGR, the Torino Jazz Orchestra pays tribute to the music of Armando Trovajoli and his vocation for jazz. The big band directed by Fulvio Albano with arrangements by Franco Piana, gives us an unprecedented version of the work by Trovajoli for jazz orchestra, which highlights his creative vein. The training is completed by Dino and Franco Piana: two important soloists, friends and historical collaborators of Trovajoli.

Also at the OGR, Buster Williams, one of the masters of contemporary double bass. He has collaborated with Herbie Hancock, Art Blakey, Herbie Mann, McCoy Tyner, Dexter Gordon, sensitive Roy Ayers with great voices such as Bobby McFerrin, Sarah Vaughan, Nancy Wilson and Betty Carter. He shows up at the TJF, leading a friendly quartet where the presence of an authentic drum star like Lenny White stands out.

Friday 17 June, at the OGR, original production, four artists who have been able to carve out their own space through a unique language: Jan Bang is the “lord of machines”, one of the most loved producers in the world, Arve Henriksen, founder of Norwegian sound, on the trumpet he evokes the echoes of the fjords while Roberto Cecchetto’s original timbres make him an essential element of the group. Gesture, action and silence are the characterizing traits of the percussionist and total performer Michele Rabbia. Also at the OGR, Jason Lindner with Now Vs Now, on this occasion, specially designed for the TJF 2022, the trio hosts the guitarist, multi-instrumentalist and composer Kurt Rosenwinkel, collaborator among others of Brad Meldhau and Donald Fagen together with the rising talent of the Neapolitan producer and songwriter LNDFK.

On Saturday 18 June, at the OGR, the TJF turns the spotlight on Trixie Whitley, a talented young singer, drummer, bassist, keyboardist and author, former front-woman of the cult group Black Dub by Daniel Lanois and daughter of songwriter Chris Whitley, with which she debuted as a child, playing live and recording on many of her albums. You have collaborated with international music stars from Robert Plant to Marianne Faithfull, through Me’shell Ndegeocello. For her ‘first’ in Italy he brings her songwriting tinged with a thousand influences to Turin, including electronic blues, rock and jazz. Also at the OGR, an unmissable event, Kae Tempest, performer, rapper, writer, recognized voice of youth anxieties, has won numerous awards for his poetic, narrative and musical works (Silver Lion in 2021 at the Venice Biennale Theater). Her debut novel The Bricks That Built the Houses was a Sunday Times bestseller and her albums were nominated for the Mercury Music Prize. Kae Tempest in Turin presents the new album, TheLine Is A Curve, for its national premiere, a work that deeply questions the meaning of life.

On Sunday 19 June the Turin Jazz Festival closes the 2022 edition with an excursion to the Castello di Rivoli – in collaboration with the Castello di Rivoli Museum of Contemporary Art -. The trumpeter and composer Ramon Moro, plays in only an original composition, the ideal soundtrack for the works exhibited on the third floor Manica Lunga, part of the Espressioni con frazioni exhibition. at the OGR, great closing with another national premiere, Jimi Tenor and UMO Helsinki Jazz Orchestra.

Finally, on Monday 20 June, a special event at the Cinema Massimo, in collaboration with the National Cinema Museum, The Migration Dance Film Project by Marlene Millar and Sandy Silva (Canada).