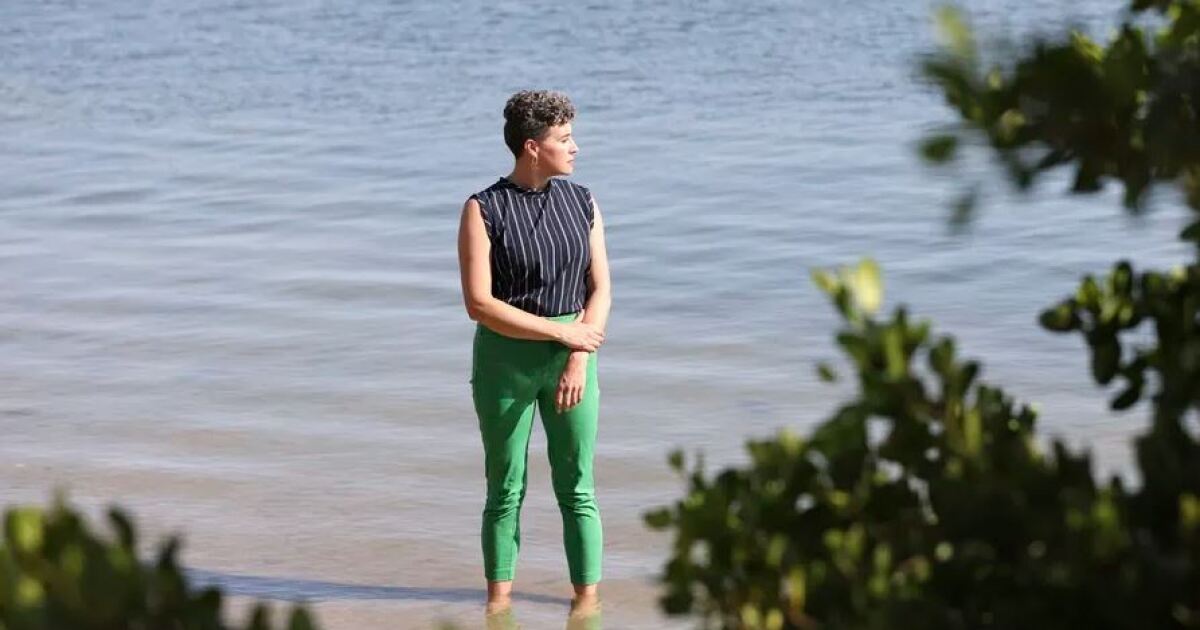 Anna Lynn Heine has thought about dropping out of Eckerd College more times than she cares to admit.

Or she’ll be working on an essay and even wondering what the point is.

Anxiety about the future of the planet has also kept the 21-year-old from dining with family or having drinks with friends. A plastic cup can send her into an existential spiral.

“Where does this food come from? Where is this plastic going and how much fossil fuel was burned to get it to my table? » she will ask herself. “And will it go to the landfill if I don’t finish it?”

Mental health professionals have a term for the stress and grief many feel about the future of the planet: eco-anxiety. The American Psychiatric Association defines it as “chronic fear of environmental catastrophe.” This can lead to anxiety, depression, and post-traumatic stress disorder.

A Nature study published in September surveyed 10,000 young people in 10 countries and found that most respondents are “very worried” or “extremely worried” about climate change. Almost half of them said that climate anxiety had an impact on their daily life.

Heine is an Environmental Studies major in Jo Huxster’s Climate Change Communication class at Eckerd College. The assistant professor of environmental studies said almost every student in her class suffered from eco-anxiety.

Huxster’s course examines the psychology of climate denial and the ways in which different sectors – media, government, business – discuss climate change. Students learn how to lead an organizing campaign to address climate politics and ways to talk about it with climate deniers and apathetic people.

Heine, who grew up primarily in Miami and Key West, said she was very worried about the growing threat of natural disasters due to climate change and the suffering that will occur along class and race lines.

She mourns her hometown of Miami, where scientists predict sea level rise will shift almost a third of the current population by the end of the century.

“It’s going to be a painful ending,” Heine said, “and it’s going to happen in an unfair way.”

‘What do you control?’

Anxiety about the future of the planet comes up more and more in Orlando therapist Kaley Sinclair’s sessions with her clients.

Sinclair, a licensed mental health counselor and trauma specialist, said her teenage and young adult clients discuss feelings of unhappiness about the environment. Those with young children, or planning to have children, feel guilty for forcing the next generation to inherit a warmer, less habitable world.

Many, she said, are childhood trauma survivors, who struggle with a pervasive sense of insecurity.

Sinclair didn’t learn how to deal with anxiety or climatic grief in grad school, but realized that the number of clients needing professional help would only increase. In February, she enrolled in Climate Psychiatry Alliancea professional group that offers resources and training.

The Alliance created the Climate Sensitive Therapist Directory, a resource to help people find therapists who are committed to recognizing that the climate crisis is a threat to physical and mental health. There are about 100 therapists in the directory, but Sinclair is one of only two in Florida.

About a third of his clients shared anxiety or grief about the environment. Her response is tailored to each client, but she encourages them to stay grounded in the present and think of constructive ways to improve their feelings.

“Okay, what do you have control over?” Sinclair tells them. “What can you do to try to make an impact while validating that a lot of things are out of your control?”

Huxster tells his students that the best thing an individual can do is talk about the climate crisis. About 70% of the American population knows that climate change is real, she said, but only 30% talk about it. She hopes to draw attention to effective climate action: the transition from fossil fuels to renewable energy and the electrification of transport.

“Your own carbon footprint is very low,” Huxster said. “What is most important about your actions is how they affect the actions of the people around you.”

“We did not create this problem”

Love for the ocean brought one of Eckerd de Huxster’s students, Anya Cervantes, from suburban Massachusetts to Florida to study the environment. Fear of the oceans fuels his eco-anxiety.

The 22-year-old is a licensed diver. She finds peace underwater, among swaying corals, a vibrant ecosystem that supports a trimester of all marine life.

“It’s a spiritual experience for me,” she says.

Her dream is to see Australia’s Great Barrier Reef, which is already 60% bleached due to heat stress. She hopes she’ll get there in time to see what’s left, but she also feels guilty for wanting to go (the United Nations predicts that carbon dioxide emissions from planes triple by 2050).

Huxster’s class helped Cervantes think about ways to combine his passion for environmental justice and his second major, visual arts, into a career that could help solve the problems facing the world.

While the 22-year-old can’t imagine not dedicating herself to mitigating the climate crisis, she is also frustrated with the pressures on her generation to solve it.

“The younger generation is almost put on a pedestal to save the planet,” she said. “It’s like we didn’t create this problem.”

For Huxster, climate change research — dealing with dire data on an almost daily basis — creates a source of anxiety. She has a 2.5 year old son and is worried about what the future will hold for him and the people he will know.

But her job also makes her feel good. This semester, she says, three students decided to pursue careers in translating climate science to different audiences. Each year, more students enroll in its 25-person course than there are places.

The professor devotes the last week of her course to discussing eco-anxiety and grief.

Students share their feelings and read a chapter from Per Espen Stoknes’ book What we think about when we try not to think about global warming.

Heine admits she needs to find a way to care about the climate that’s sustainable for her mental health. And so she can keep waking up every day and getting the job done.

She knows she won’t give up. She will finish the dissertation. And she plans to have children.

“I wouldn’t prevent a new life that might make things better just out of fear. I prefer to try to continue to build the future.

This story was produced in partnership with the Florida Climate Reporting Network, a multi-newsroom initiative created to cover the impacts of climate change in the state.