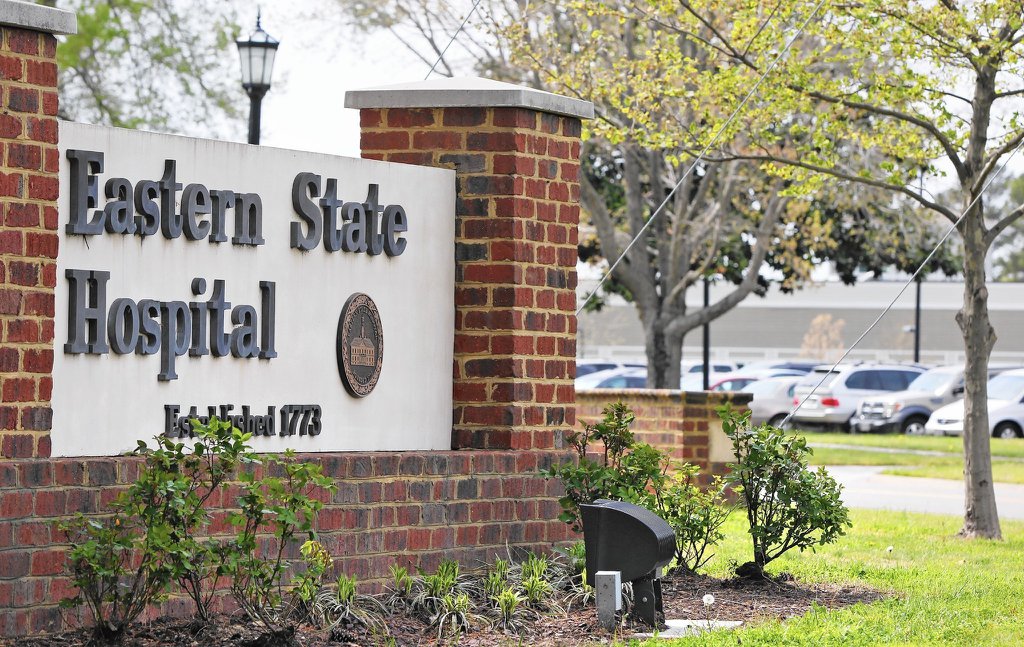 It’s been decades — at least three of them — with an ongoing litany of embarrassment, mismanagement, tragedy and even death that has plagued Virginia’s dysfunctional mental health services and hospital system.

And the drumbeat continues.

Just over a week ago, two felons escaped from Eastern State Hospital in Williamsburg where a court placed them. One of them was captured the same day. The other was on the run, apparently armed and dangerous, for several days before being apprehended.

Last week’s escapes were the second time in 12 months that patients escaped from the Eastern State, established in 1773 as one of America’s first psychiatric hospitals. In March, a patient at Central State Hospital in Dinwiddie escaped from that facility for the second time in three years and drove a big rig in Maryland before he is caught. A patient with a history of violence broke free from Dinwiddie Hospital last November.

Does this make cages vibrate on the Place du Capitole?

Virginia has wobbled for at least 32 years, in spurts, trying to fix well-known, often sinister, sometimes even infamous failures in her system to help people with mental and behavioral health and addictions needs. And just when there is progress, politics steps in.

Governor Glenn Youngkin has ordered a security review state psychiatric hospitals after the Eastern State escapes over the Easter weekend. Like it should be. But that’s probably not his last headache over the state’s mental health system.

Consider the quicksand of public policy that previous governors have found themselves in over the past few decades. Criminals discharged from public hospitals seem insignificant in comparison.

Beginning in 1990, the Justice Department launched a multi-year investigation into Virginia mental hospitals for what it described as patient care so inadequate that it created dangerous, even life-threatening conditions. In the latter part of this decade, my friend and Associated Press colleague Bill Baskervill embarked on groundbreaking reporting that documented horrific, almost medieval practices in understaffed, mismanaged, and poorly supervised.

Baskervill, long retired, worked at the AP’s office in Richmond and won national accolades for his dogged investigative reporting on the horrific treatment of patients in public psychiatric hospitals. Among his findings were accounts of patients lying on their backs with their hands and feet bound with heavy leather restraints for days on end; of one deceased wife in such conditions after her complaints and warnings from family members that she was dying went unheeded; allegations from the father of a 19 years old who said her son was so savagely sodomized by hospital staff with a broomstick-like object that it tore his intestine, punctured his liver, sending him into a coma and, 14 months later, his death.

Bill’s work, along with that of Michael Martz, who still does accountability journalism at the Richmond Times-Dispatch, resulted in a series of state government responses that subsequently became the standard after-action playbook. Reviews are launched. A few heads might roll. Money is sprayed on the problem.

After Bill’s stories were released, a state mental health commissioner resigned and the director of one of the hospitals was transferred. Policies severely limiting the excessive use of full body restraints have been enacted. The lawsuits have been settled. Millions have been appropriated in the name of fixing the problems revealed by the reports and, in particular, triaging the resulting reputational damage.

Ten years later, a Virginia Tech student whose violent delusions were so disturbing they prompted dire warnings from college professors slipped into the colander-shaped mental health infrastructure of the State. He legally purchased two handguns which he used to carry out the deadliest campus massacre in US history.

Governor Tim Kaine set up a Blue Ribbon Commission headed by former U.S. Secretary of Homeland Security Tom Ridge and retired Virginia State Police Superintendent Gerald Massengill, and produced a report scathing about the incompetence of the system to identify, treat and follow up people in mental crisis.

Laws intended to tighten the safety net were enacted, including those that required people deemed dangerous to themselves and others to be added to a registry of people who cannot buy guns. And, of course, more money – $42 million, to be exact – was added to shore up the system.

Monetary engagement was disrupted by the Great Recession of the late 2000s that deeply eroded Virginia’s tax revenue and led to years of spartan budgeting.

It took only six years for the next heartbreaking failure of Virginia’s mental health services.

In November 2013, Senator R. Creigh Deeds, D-Bath, was nearly killed in a knife attack by his son Gus who was in the throes of a mental health crisis. Gus, aged just 24, took his own life after repeatedly stabbing his father in their Bath County home. Four years earlier, he had traveled the state campaigning with his father, the 2009 Democratic nominee for governor, in an unsuccessful campaign.

The day before the attack, a magistrate had ordered Gus to undergo an emergency psychiatric evaluation. Doctors who examined him at Rockbridge-area Community Services agreed he should be hospitalized, but officials said they were unable to find him a psychiatric unit bed within six only hours when the magistrate’s order authorized him to be detained without his consent.

Then, like today, Governor Bob McDonnell responded by ordering a high-level review of Virginia’s mental health services, determined to find out what had happened.

If that feels cyclical and repetitive, imagine what it does for Deeds.

Still a member of the State Senate, his family’s tragedy has made him by far the Commonwealth’s most tireless and credible advocate for bringing respectability to what has been a burning mess of a treatment system. mental and behavioral health.

“When I first started doing this job about eight years ago, I thought it was just a matter of moving a few lounge chairs…and adding a few bucks to the formula and you could fix the sanity,” Deeds, 64, said in an interview last week. “What I realized was that we were so far behind the eight ball and so mismatched in how we spend our money. We spend way too much on hospitals and we don’t spend enough on community services. .

Deeds is pushing for the kind of reforms and funding the nation’s 12th largest state should have, and just when it’s having some success it’s being cut back, sometimes by a tough budget or, as is the case today Today, a governor and the Republican-led House of Delegates pledged to spend the money on tax relief.

“We had a problem before the pandemic and the pandemic turned it into a crisis. We were overwhelmed,” Deeds said. Now, as the Republican House and Democratic Senate budget drafting committees try to reconcile differing views on what to do with a $2.6 billion surplus, the time has come to resume. the momentum the Commonwealth has lost to demand better from its mental health system and provide the money to accomplish it.

“We are trying to figure out how we can work together on a bipartisan basis in this fiscal environment,” he said. “We have the opportunity to do some things like finish the construction of STAGE Virginia“said Deeds. The program, inaugurated under the administration of former Governor Terry McAuliffe, would streamline and speed up services for those in need — like his son was — across the system, starting at the community level.

This is the roadmap for the Department of Behavioral Health and Disability Services to continue to put a dismal past behind it, as it did before the pandemic disruptions. It is a cause in which Deeds has invested his time, his work, his passion and, quite literally, his blood. It is a modern formula, based on proven best practices, that can deliver overall improvement if funded, supported and given a chance.

It must be more fruitful than the old CYA playbook of spinning heads, ordering voluminous reviews gathering dust and spending inexplicable millions of dollars to manage visible symptoms without tackling the disease under -lying.