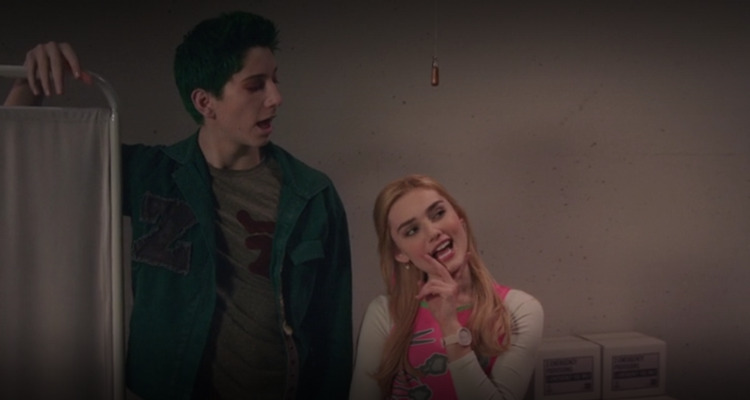 The Walt Disney Company will push its pro grooming agenda in an upcoming Disney Channel movie, Zombies 3, with the introduction of a “non-binary” character.

The Walt Disney Company failed in its attempt to stop an anti-grooming bill that prevents the teaching of sexual orientation and gender ideology to students in kindergarten through third grade, but that failure n did not deter the company from targeting these young children with their content.

Disney CEO Bob Chapek swore even before their failed lobbying attempts in Florida that his goal was to change hearts and minds through Disney content. He said, “And because this fight is far bigger than any bill in any state, I think the best way for our company to bring about lasting change is through inspirational content. we produce, the welcoming culture we create and the diverse community organizations we support.

“There’s a reason content is at the top of this list. For nearly a century, our company stories have opened minds, inspired dreams, shown the world both as it is and as we would like it to be, and today more than ever, they represent the ‘incredible diversity in our society,’ he said.

“We are telling important stories, raising voices and, I believe, changing hearts and minds,” he added.

After their failure, the company announced the renewal of The Proud Family: Louder and Prouder for a second season. The show is central to their pro-grooming and not-at-all-secret gay program aimed at young children.

The show’s executive producer and director, Latoya Raveneau, admitted as much during The Walt Disney Company’s Reimagine Tomorrow conference call.

She said: “In my little pocket of Proud Family Disney TVA, the showrunners were super welcoming. Meredith Roberts and our leaders there have been so welcoming to my not-at-all-secret gay agenda.

She added: “Maybe it was like that in the past, but I guess something must have happened in the last one, they spin around, they go hard, and then like all this momentum I have felt, this feeling of, ‘I don’t have to be afraid to let these two characters kiss in the background. I was just, wherever I could, just adding homosexuality. If you see anything weird on the show, no one would stop me and no one was trying to stop me.

SCOOP: I got a video from inside Disney’s town hall on the parental rights bill in Florida, in which executive producer Latoya Raveneau says her team has set up a “gay agenda not at all secret” and “regularly adds homosexuality”. to children’s programming. pic.twitter.com/eJnZMpKIXT

In another part of the call, Raveneau details that she wants to teach advanced gay and Gay 101 through the show.

She said: “I still think I want to use my content to go deeper – to talk about the non-monolithicity of the LGBTQ+ community as asexual. As an asexual, I feel like a lot of people don’t understand what it is. I have to have a thesis ready at all times.

“I want to add the pockets of the LGBTQ community that you don’t see. I want to become advanced gay. And then I realized, ‘Oh shit, we have to go back to Gay 101,'” she said.

NEW: Disney executive producer Latoya Raveneau says she identifies as a ‘bi-romantic asexual’ and wants to ‘use [her] content” at Disney to educate kids about “pockets of the LGBTQ community that you don’t see,” like the asexual community. pic.twitter.com/gNJ0CItgqV

RELATED: Report: Disney to Include Gay Relationship in Lightyear Movie

A report from Variety in March also indicated that the company will include a significant lesbian relationship in its upcoming film Lightyear.

Variety noted that their source informed them that the film “features a significant female character, Hawthorne (voiced by Uzo Aduba), who has a significant relationship with another woman.”

Now, Deadline claims in their upcoming film Zombies 3, for which they released a teaser video in October, they will include a non-binary alien played by actress Terry Hu, who claims to be non-binary.

If you’re unfamiliar with the Zombies franchise, the first film is based on David Light and Joseph’s Zombies & Cheerleaders pilot and follows cheerleader Addison and zombie soccer player Zed fall in love after the zombies get together. be reintegrated into society following an explosion at a power plant that turned people into zombies.

The second film saw the introduction of werewolves as they showed up in the small town of Seabrook in search of an ancient source of life. Addison and Zed’s plans for the prom are complicated as new anti-monster laws are enacted and Zed fears losing Addison to werewolves.

Judy Taylor, Senior Vice President of Casting for Disney Branded Television, told Deadline, “Our Zombies The franchise has created a remarkable connection with children around the world, in large part due to the characters’ upbeat and relatable attributes that help them build their identities, overcome obstacles, and foster an inclusive community.

“The story of this episode further develops those same themes with the introduction of new strangers played by a talented and diverse cast of actors,” she added.

As noted by Deadline, these Disney Channel movies are specifically aimed at kids ages 6-14. Deadline reported that the original movie and sequel were “ranked #1 on cable for the year among kids 6-11 and tweens 9-14”.

And Taylor makes it very clear that their goal with the film is to help kids “build their identities.”

As Disney continues to push forward with its grooming program, the company faces serious opposition to its program.

First, they failed in their attempt to push their program through Florida’s public school systems as the Florida Legislature and Governor Ron DeSantis rejected their lobbying efforts.

Disney shares have fallen significantly since their pro-grooming stance went public in their opposition to the bill in Florida. The company’s stock price has fallen from $147.34 in early March to its current price of $110.22.

What do you think of Disney continuing to promote its pro-grooming program?

NEXT: After embracing child grooming in LGBTQ+ lifestyles, new polls show people less likely to do business with Disney as well as growing distrust of the company