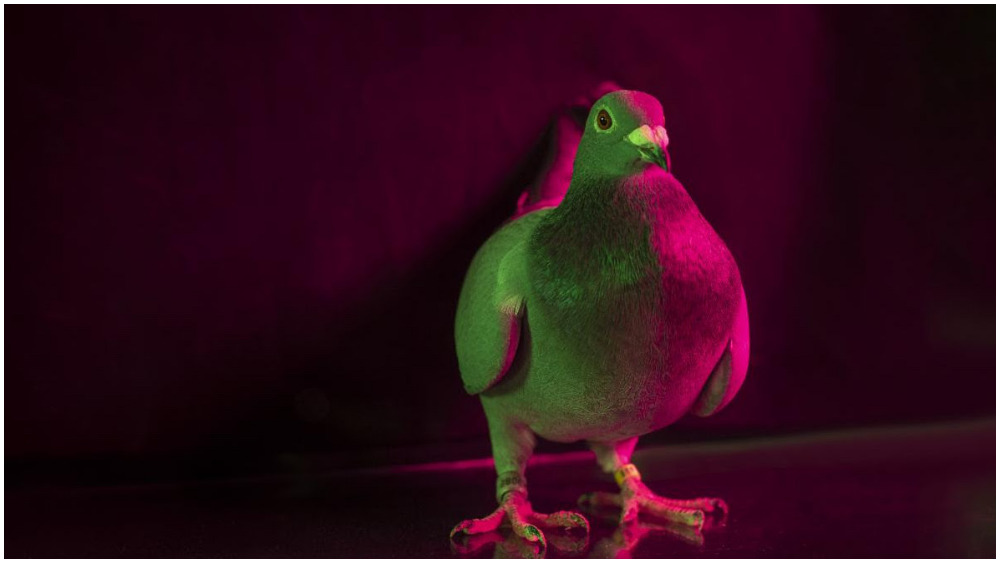 “Million Dollar Pigeons,” which had its world premiere this week at Hot Docsfollows a colorful cast of master pigeon fanciers from far and wide who compete in the most lucrative pigeon races on the planet. Variety received exclusive access to the trailer and an interview with the director, Irish filmmaker Gavin Fitzgerald.

Fitzgerald’s third feature-length documentary, the film enters the world of avid “pigeons” who put their reputations and livelihoods on the line in pursuit of ever-increasing prize money. “Million Dollar Pigeons” is produced by Samantha Corr for Venom Films, in association with Screen Ireland, Raidió Teilifís Éireann (RTÉ) and the Broadcasting Authority of Ireland, in co-production with ZDF/ARTE and NHK. dogwoof handles global sales.

Born and raised in Dublin, Fitzgerald is the director of ‘Conor McGregor: Notorious’ (2017), which followed the controversial Irish UFC fighter and was the highest-grossing Irish documentary of all time, and ‘As It Was” (2019), about the musical journey of former Oasis frontman Liam Gallagher after the British band’s high-profile split.

While the subjects of his latest feature film don’t get as much time in the limelight, Fitzgerald’s journey into the surprisingly fierce, high-stakes world of competitive pigeon racing reveals how an influx of money in recent years has transformed the sport.

“All this money has created a divide in the world,” said the director Variety. “You have people who think that selling million dollar pigeons is absolutely necessary for the sport to grow. But there are a lot of people who think it’s not real pigeon racing.

In 2019, a bird dubbed the “Lionel Messi of pigeon racing” sold for a record €1.25 million ($1.3 million); a year later, that was capped off at an auction in China, where a Belgian breed champion fetched 1.6 million euros ($1.7 million) from a local enthusiast. Many longtime fans, Fitzgerald said, “feel priced by all this crazy money.”

“Pigeon racing is supposed to be a kind of poor man’s horse race, something anyone can do. [The money] brings that divide into the sport,” he added. “But I think the one thing they can all agree on is that they all want this to grow. I hope the film contributes to that in some way.

So as a director you go from making documentaries about Conor McGregor and Liam Gallagher to chasing the world of competitive pigeon racing. Help us make sense of it.

I guess I could see a trend happening and the type of movies I was making with certain characters. I just wanted to do something different and dive into an offbeat world that had really fascinated me since offbeat. My father introduced me to the first fancier. I spoke to him, and he was a very interesting guy. I spoke to the following person, and before you know it, I was sucked into their world. I just felt there were all the elements of something entertaining, fascinating and dramatic at the same time. I want to make films that excite me. And I always try to do something different.

You were new to this world, but you quickly discover that it’s a sport that attracts everything from working-class amateurs to multi-millionaires. Did that surprise you?

I think there’s an association with pigeon racing, particularly in Ireland and the UK, that it’s a cottage industry and it’s an old man’s sport, but that image is changing . And money is the only factor that changes everything. When I first started dipping my toes into the world, the most expensive pigeon in the world was around $300,000. And by the time I finished making the movie, it had gone to 2 million. So there is definitely price inflation, and a lot of it is coming from China. There are a lot of rich people breeding pigeons, and it affects the rest of the world. So it seemed like a really exciting time to make a movie about this sport, which is rapidly evolving.

The film takes place on four continents and has a very global dimension. Was this also something you expected? Did you know it was going to become this big multinational production?

I started by filming pigeon fanciers in Ireland. But when I heard about a race in South Africa called the Million Dollar Pigeon Race, my ears perked up. I just needed to know more about this concept of international competition and these big money races that bring the international community together. So I thought that made it a much more internationally appealing film, to have the best fanciers from around the world. And they’re all so excited about these races. It’s like winning the Olympics for them. But then, while making the movie, things started to change. We were in the middle of a pandemic. The story just evolved.

To the right. Because you travel to South Africa to follow the Million Dollar Pigeon Race – the longest running event of its kind – and, without giving anything away, something happens there that shakes the global racing community. What impact did that have on the film? I’m sure you weren’t expecting that.

The initial concept was to follow only this race. But the first year we went [to South Africa] was the last after running for 25 years. Documentary is all about timing. It was difficult because we had to pivot the narrative, but I always welcome surprises. This obviously made things difficult as we are filming in different countries in the midst of a pandemic. What is exciting about the pigeon industry is that there is a lot of competition. So [the Million Dollar Pigeon Race] may have ruled the roost for many years, but now everyone wants a piece of the action. There are international financial races across the world. We ended up focusing on a really new and exciting activity in Thailand as well, which gave you a whole new side to the sport of pigeon racing and shows how truly international it is.

These “fanciers” compete for premiums and bragging rights, but those we meet, from very different backgrounds, also share a love for these birds. Can you talk a bit about these characters you’ve met and what you think draws them to the sport?

They say you must have a feather in your brain; it’s something you’re born with. And many of them would have been introduced to pigeons by their father or grandfather. In the past, everyone did it. But now there are so many distractions, so trying to involve young people in sports is a challenge. No one has time to spend all day in the garden with the pigeons. But those who do, they just have this addiction and a love for it. And I think the passion just comes from trying to breed what they think is the perfect bird. It takes many, many years to find that recipe and that knowledge, and it never ends. It’s something you can only learn by doing. And they really earn their stripes. They will die in their lofts. They will work on their pigeons until they can no longer walk towards them. They just have a genuine love for their birds and what they do.

You seemed to be on this very specific career track as a filmmaker, working with McGregor and Gallagher, and then you evolved in a very different direction. Do you see a kind of unity in these films? Is there something you feel you bring to everyone, even though the subjects are so different?

I think I’m just fascinated by the characters and the people who are passionate about what they do. The types of sports I follow tend to be a bit more specialized. Something on the periphery. So I think maybe that’s what freezes [the films] whole. I just get sucked into worlds and love exploring them when I’m there. I’m still trying to figure out, what is the connection from one film to another. As I think Steve Jobs said, you can only connect the dots by looking back.