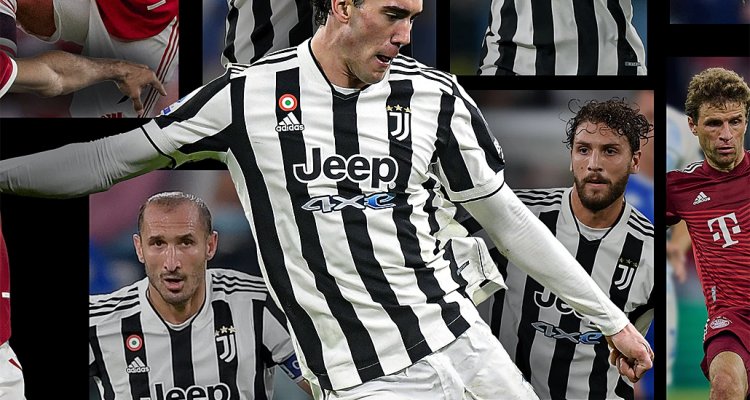 After many months of waiting, here is finally the review of the 1.0.0 version of eFootball 2022, the one that for Konami should be the heir to the glorious PES

Of the disaster he has made Konami with eFootball / PES we talked about it extensively. After the good eFootball PES 2020, the Japanese developer has decided to take a sabbatical to have the time to transfer the game to Unreal Engine and transform it from its very foundations. The promise was that of a game in constant change, able to combine the ability of the oriental studio in synthesizing the dynamics of the playing field with the latest market trends, which see free-to-play and live services as dominant economic models. , above all because they are extremely profitable.

A few days after the release of FIFA 22, the stroke of genius: to publish a still incomplete version of the new eFootball on the market in order to try to steal some loyalists from the EA series thanks to this new business model. Too bad for two things: the first is that eFootball was broken not “only” in the game modes, but above all in the gameplay and stability of the graphics engine. The second is that the PES Team proved once again that they have biblical reaction times and took months to fix the game.

The result is that many contracts with the most important partners are about to expire, that several pro players have found themselves forced to switch to the competition and that many players have moved away from the series, also because there was nothing left of the glorious PES, not even the title.

On April 14, 2022, however, Konami finally released version 1.0.0 of eFootball 2022. According to the developers, this is the game they wanted to create from the beginning, a product of a quality sufficient to rival the story of the Pro Evolution Soccer / Winning Eleven series. It will be enough? Or is it too late? Find out in the review of the 1.0.0 version of eFootball 2022.

After all these months it is important to point out what changes between eFootball version 0.9 and 1.0.0. As you can tell from the size of the update it changes a lot, if not everything. On the playing field, all the code has been revised both to eliminate the many glitches and bugs present in the past, and to make the actual game more enjoyable.

In terms of modalities, the Dream Team mode has been introduced, that is eFootball’s answer to the success, especially economic, of FIFA Ultimate Team. All right then? Not really, because at the same time those few things that version 0.9 of the game had disappeared. Where are the online friendlies? Konami’s decision-making processes are inscrutable.

The arrival of Dream Team should make all potential eFootball fans happy. It is, in fact, a mode that is finally more structured than the friendlies of version 0.9, designed to try to do what FUT does, but with a slightly different look. In other words, the focus is always on building the dream team by fishing among the many champions in the game database. As always, it will be possible to decide which form to use or affect the tactics and attitude of the players on the pitch, so as to adapt the eleven to their needs.

TO difference of FUTHowever, each card will not immediately express its potential. Once you have purchased a Pogba, for example, you will then have to spend experience points to train it and improve it in the most useful way for the team’s needs. Do you want him as an attacking midfielder? Better to train dribbling and passing. Will you place him in front of the defense? Better to strengthen the physique and the ability to steal the balls. The new versions of each card will be able to count on particular strokes and abilities, in order to make them different from those already published not only in the statistics, but also in the functionality on the field. In this way we should prevent the “arms race” typical of EA that every year seeks an increasingly imaginative way to offer increasingly stronger versions of the cards already published.

The other difference is that, for the moment, there are no packages to buy, but you spend the accumulated experience points both to buy new champions and to upgrade them. Also in this case a move that has always been designed to avoid any possible connection with gambling. Experience points that can likely be purchased to speed up team growth, shaking pay-to-win ghosts.

The real inexplicable choice is to publish a full version of the game after months of waiting … which is not complete! Starting with the Dream Team mode, everything is extremely limited, with several elements still obscured and others that it is not known if they will ever arrive. For example, at launch it is only possible to make friendlies between Dream Teams. Friendlies, of course, that no longer give EXP to grow their team.

Also from the point of view of gameplay Konami’s work is polarizing. There is no denying the Japanese developer’s effort to fix his game both from a technological and a gameplay point of view. eFootball 2022 is undoubtedly a good football game; but with equal certainty we can say that it is far from being a perfect game, and from being able to fully express its potential.

Some things are commendable, like trying to make a game based more on construction in midfield that on running, having differentiated the types of shots available, creating a risk / reward mechanics for those made with the stroke always pressed, and trying to introduce inertia, to make the movements of the players less neurasthenic. Looking at the game, you no longer notice the bugs and imperfections that had become gods instant meme on the internet, like CR7 convulsing after a goal. The reading of the bodies is also more precise, with more realistic and better calculated game clashes, something that is reflected in the refereeing, more punctual than in the past. But the impression is that the hands have gone back two years. In fact, let’s review many of the limitations that existed in PES 2019, with a very slow gameplay, in which it is impossible to shoot in the band, with various forcing mainly related to the lack of more punctual animations able to cover a greater number of cases on a playing field. In other words, the clashes are almost all the same and both the light and the heavy ones see the two protagonists flying forward several meters. Similarly, changes of direction take too long mainly because the game has to close one animation before starting the next one and it shows that some types of shots are missing, especially those on the fly or before. In general, the feeling is that the game does not always respond in a timely manner to the commands given.

There are some even more disarming blunders of artificial intelligence. The low ground ball is very slow and it often happens that, before it reaches the recipient, the opponents have already repositioned themselves. Even worse, when this is intended for a distant teammate, even if the others could intervene, they do not, allowing themselves to be anticipated by the opponents, unable to dynamically intervene in what is happening on the pitch. They all seem a little slow and take a moment too long to react, whatever happens.

Therefore, eFootball 2022 does not adapt to you, but you will have to adapt to the game. When you can always play with the players’ bodies facing the ball, in a clean way and without forcing, eFootball 2022 is able to give good football, entertain and excite. If you get out of these tracks, however, the game struggles even more than it should, more than we would have liked it to do so many months after the disastrous launch on September 30, 2021.

From technical point of view Konami has made a good leap forward. Fixed the macroscopic errors of version 0.9 and cleaned up the code of bugs and imperfections, a pleasant game to see emerges, with good polygonal modeling and some fine animation. Also noteworthy are the stadiums and the sound effects, minus the animations of the walk and the commentary, very monotonous. The real weak point, as mentioned, is the variety of animations: if Konami will be able to enrich the baggage of movement of the players in the course of work, we will soon be able to have a good football game.

From the point of view of physics, the ball moves well when off the pitch, but there is still too much friction when it is on the ground, which makes the bass phrasing too cumbersome. The clashes between the players are good, even if the animations will vary even in this case it is low, making the physical contacts still too approximate and random.

Online matchmaking seemed good to us. It is not particularly fast, but once the opponent is found it allows for fairly stable games.

Unlike September, the 1.0.0 version of eFootball 2022 is actually a good basis on which to restart and rebuild. The graphics engine is finally stable, the Dream Team mode could be a good variant of FUT and at times it is a nice soccer game. The problem is that, despite so many months having passed, eFootball 2022 is still an empty shell. Not only the few things that exist have not yet been activated, but the modalities and options that have appeared in these months of purgatory have been removed. On the pitch you can see the imprint that Konami wants to give to his game, but even in this case the limits are very evident, such as the lack of animations and variety. One might think that in a short time eFootball 2022 could actually evolve, but will Konami be able? Historically it has always been very slow and took months just to make the product presentable. Time is running short and so is the patience of gamers. 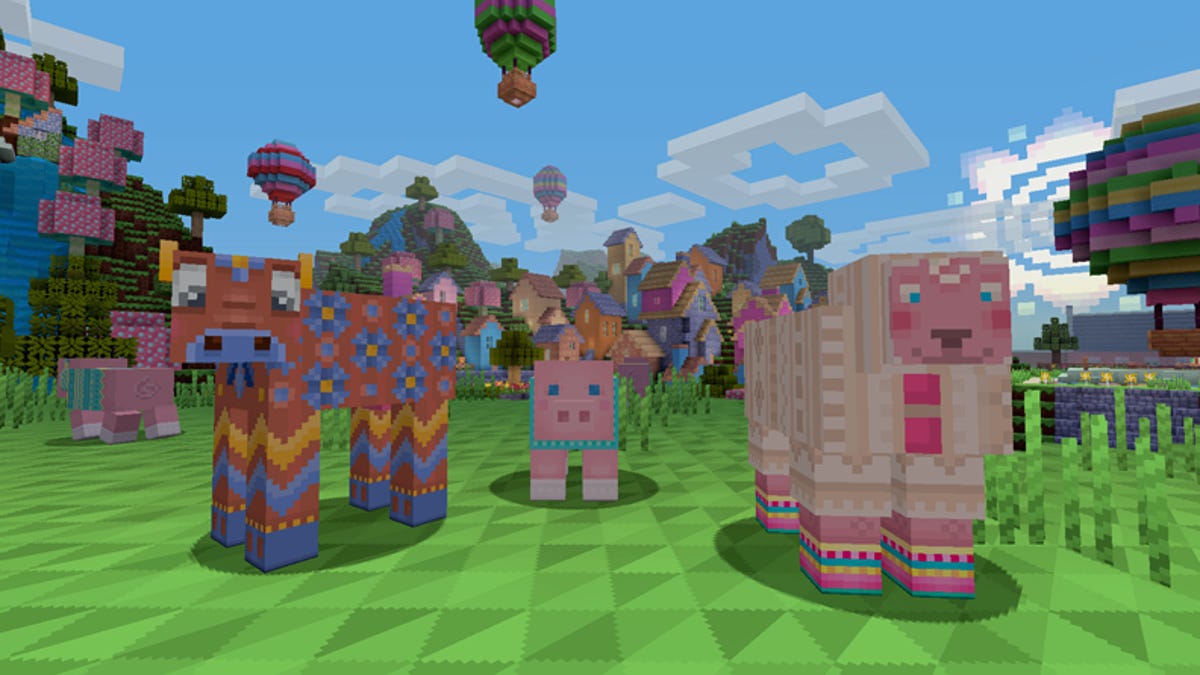