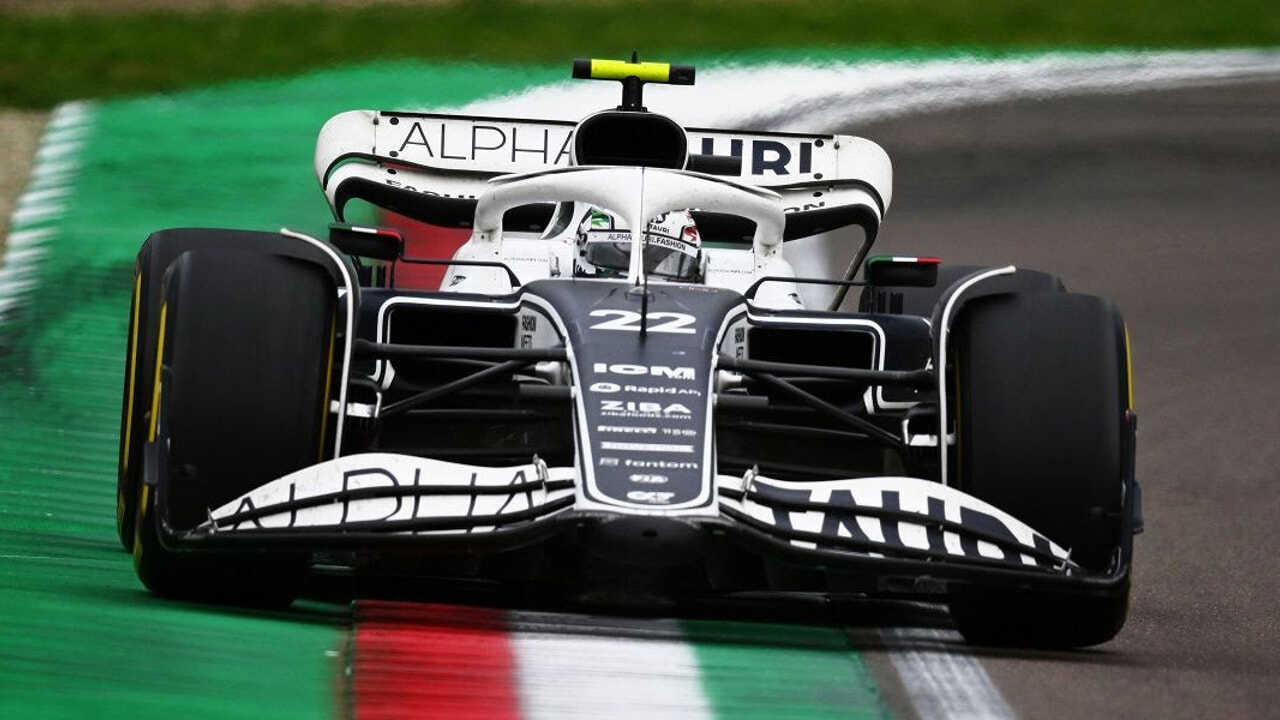 Yuki Tsunoda straightens a rather complicated weekend for Alphatauri, obtaining a good seventh place at Imola in the home race of the Faenza team. Starting from twelfth position, at the end of the first lap he was already tenth. Then the little samurai was the author of a consistent test, which led him to grasp important points. “The pace was good, I didn’t expect it to be so strong at the start of the race – says the Japanese -. We made progress during the week and I’m happy with the performance.”

Disappointed Pierre Gasly, only 12th, but able to hold back the seven times world champion Lewis Hamilton. “It was a frustrating race – these are the words of the Frenchman -. We were stuck in a train of cars in the Drs area and with the top speed we had we couldn’t do much. In qualifying we always went well, except on this occasion. , we did not go well and since Friday we have fallen behind. Now we have to work to understand how to get back to having better performance in qualifying already from the next race. I am really excited about the idea of ​​racing in Miami, the track looks really nice, I don’t see time to run there “.

“Now we have to analyze all the data and understand how we can improve our performance in view of Miami – observes team principal Franz Tost -. I think that the new updates introduced this weekend have worked well, now we have to fine-tune the car to have constantly the drivers in the points. Being our home race, many employees of the AlphaTauri Scuderia were able to enjoy the race from the stands, so it was nice for them to be able to enjoy Yuki’s thrilling performance here in Imola. I want to thank everyone, both at Faenza and Bicester, for having contributed to the good result “.

An extraordinary edition of the Made in Italy and Emilia Grand Prix ended with the Imola public applauding in front of the podium with Max Verstappen winner on Red Bull, teammate Sergio Perez second and Lando Norris third on McLaren. Romagna. In Imola, the fourth round of the Formula 1 World Championship marked the return of the top racing series among the emotions and at the same time the most intense passion in the “heart” of the Emilia-Romagna Motor Valley. After two editions behind closed doors, the territory has responded flawlessly to the call of an event that now looks to the future, strong in the organization and synergies undertaken between all the realities involved.

The starting point is the 130 thousand presences registered this year and the certainty of hosting F1 until 2025 by virtue of the decisive commitment of the Automobile Club of Italy and the Ministries of Foreign Affairs and Sustainable Infrastructures and Mobility, of Ice, of the Emilia-Romagna Region, the Municipality of Imola and Con.Ami and the agreement with Liberty Media. At the height of the three days lived this year, amidst many twists and the variability of the weather that made the challenges on the track even more uncertain and technical, the Grand Prix of Made in Italy and Emilia Romagna 2022 awarded a Verstappen perfect from pole position to turning off the traffic lights. Both Red Bulls got off to a good start in wet conditions and with all on intermediate tires.

The world champion took the lead, keeping it until the finish line, managing well the situation of the pit stop to mount slick tires. In the final, after the second stop, the Dutch driver was also the author of the fastest lap of the race in 1’18 ”446, just as Charles Leclerc and Ferrari said goodbye to the chances of getting on the podium. Verstappen, author of the pole position on Friday and winner of the Sprint race on Saturday, thus obtained his second consecutive success in Imola and his second in 2022. Red Bull double on the podium thanks to Perez. The Mexican driver burned at the start Leclerc who started from the front row and with whom the duel for second place was close, especially in the first half of the race.

The Ferrari driver tried to diversify the strategy with respect to the two outriders, but after a not brilliant start and a nice overtaking on Norris, who with McLaren had entered behind the Red Bulls in the first pass, in the final forcing on Perez he made a spin at the Variante Alta which forced him to another pit stop to change the nose, finishing the race only in sixth position. It was Norris who took advantage of the Monegasque’s flaw from Ferrari, who climbed back to the third step of the podium with McLaren, like last year. Consolation for Cavallino is the fact that Leclerc remains at the top of the World Cup with 86 points, now followed by Verstappen with 59 and Perez with 54.

“It is always difficult to achieve a similar result, but we were already on track on Saturday and Friday – said Verstappen -. It seemed like a strong weekend for us but today we couldn’t know how competitive we would be, given the weather conditions. We did it with the team. everything is fine and I think this double is deserved. They are very important points for the championship, but it is still long. “Behind Verstappen, Perez and Norris, brilliant fourth place for George Russel with the first Mercedes at the finish line. The British driver was author of a fulminating start that from 11th immediately threw him among the first and in the final he resisted the return of an arrembante Valtteri Bottas The Finnish driver completed the top-5 with Alfa Romeo finishing ahead of Leclerc.

Even less fortunate was the Sunday of the other Ferrari driver Carlos Sainz. The Spaniard had to retire after a few meters and ended up in the gravel of the Tamburello following a contact with Daniel Ricciardo’s McLaren, who in turn fell to the last position. It was the first major twist that forced the use of the safety car in the first 4 laps of the Grand Prix. Behind Tsunoda, eighth and tenth place in the points area for the Aston Martins of Sebastian Vettel and Lance Stroll, while Kevin Magnussen is ninth and still moves the Haas rankings. Out of the top-10 but climbing from the bottom of the group is Alexander Albon (11th over Williams).

The start of the Grand Prix, followed by fans and enthusiasts at the top of sportsmanship beyond the colors of the teams, was anticipated by the Italian anthem played by the Carabinieri band. The Authorities present at the ceremony were welcomed at the entrance to the track by carabinieri in Grand Special Uniform and shortly before the start the overflight of the Frecce Tricolori also excited. “This Grand Prix represents a historic success – declares the president of the Automobile Club of Italy, Angelo Sticchi Damiani – achieved with an unprecedented commitment from ACIE the precious support of all national and local institutional forces. A success because we are the only European country to be able to show off two grand prizes; because it was raced for the third time in 18 months on the Imola track; because the Emilia-Romagna appointment with F1 will be repeated at least until 2025. A success objectively measured by the huge turnout of the public, always celebrating despite Ferrari’s failure to win. All this strengthens the foundations of a unique synergy in the world, that between Imola and Monza, to the full advantage of Italian sport “.

“The return of the public, seeing the Rivazza hill full with all those flags and then the spectacular peaceful invasion of the track, was a thrilling sensation – these are the words of Gian Carlo Minardi, president of Formula Imola -. Too bad only for the sporting result, because it would have been nice if the Ferrari people had been able to applaud a Ferrari on the podium. Having said that, there is great satisfaction with the organizational result, we have shown once again that Imola deserves to host a Formula 1 Grand Prix. This weekend has been an extraordinary postcard not only for our territory but also for Italy, because we have shown once again that we know how to do things well. Personally I am particularly happy for the compliments received from all those who are part of the team that has built this extraordinary new story of the Imola racetrack and I can assure you that from tomorrow we will already be working to improve an cora the organization of the event “.