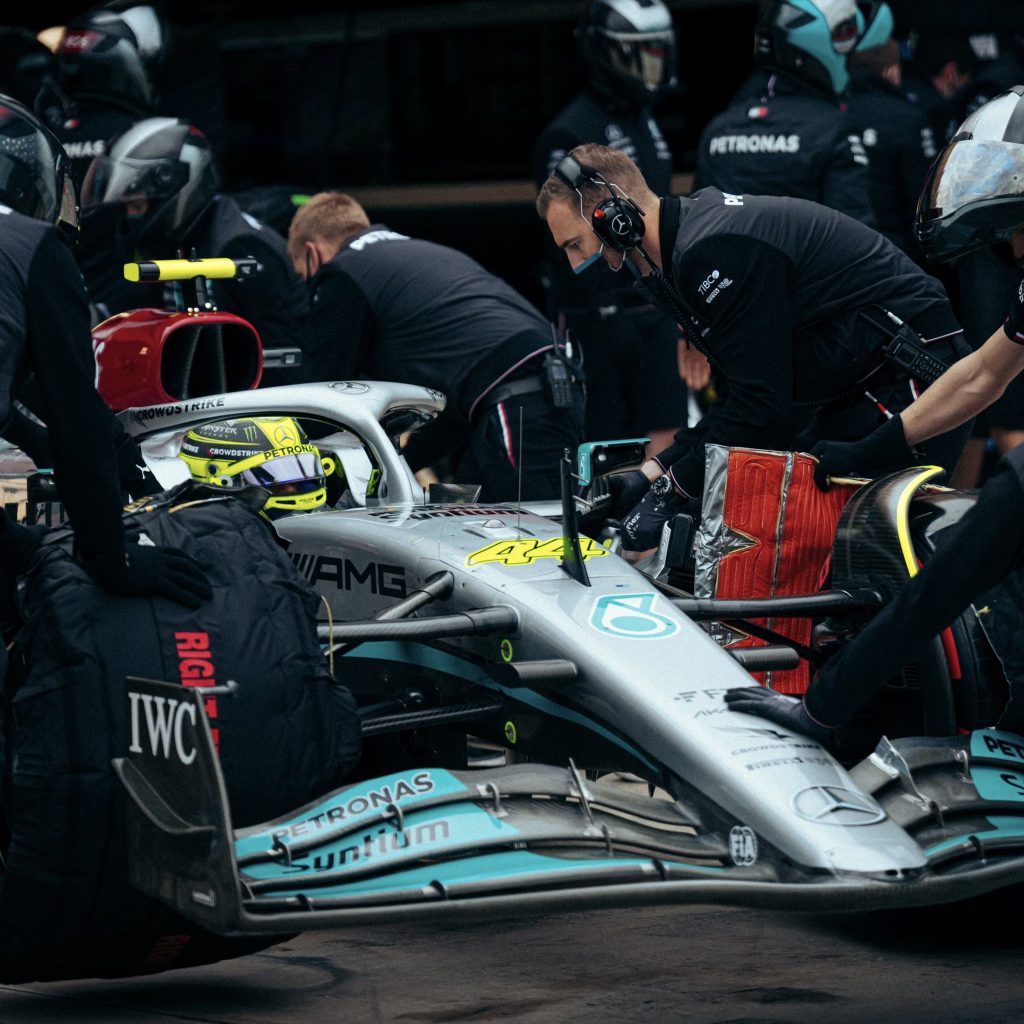 F1 – A cycle, by definition, cannot be eternal since it is a regular succession of certain phenomena that have a conclusion. Of course, new ones can open up and can refer to the same protagonists. But this is a trend that in Formula One it occurs quite rarely and when it does, more or less long pauses are required. A period of organizational, procedural and technical reorganization useful for restarting momentum.

On 12 December 2021 the cycle of Mercedes. On that date, when the eighth constructors’ title arrived and Hamilton lost in a more than controversial way that pilots, the men of Three-pointed star they did not know that their destiny was about to be fulfilled. It took three months for them to understand it, for them to hit the hard and inexorable truth with their foreheads. After three (and a half) grands prix it can be said without going too far from the truth: the W13 is a bad car. And if it will be a recoverable project, only time will tell.

After eight years of victories, a regulatory upheaval was needed to make the earth collapse under the feet of the Brackley giant. A moment long awaited, dreamed of, almost morbidly desired. Because it is inherent in the human being that the top of the class, whoever they are, attract more envy than admiration. More criticism than praise. More suspicious than certificates of esteem.

The environment of the Anglo-German team is starting to manage an unprecedented situation. Difficult and winless moments have already been faced, but we came from a new reality after having acquired warehouses, skills and men who were of the Brawn Gp and of Honda even before. Now we are operating in a phase never faced before: managing the inability to establish itself after almost two decades of more or less undisputed domination. And it is not easy when the right tools are lacking. When it disappears, it is brutal to say, the habit of losing, the addiction to defeat, the normalization to mediocrity.

Frustration. This is the prevailing sentiment between Brackley, Brixworth And Stuttgart. And from Lyndhurstwhere the headquarters of the INEOS from Jim Ratcliffe shareholder with 33% of Daimler AG and of Toto Wolff. The latter, yesterday, seemed resigned for the first time, almost unable to react to a situation that, with the unfolding of the season, becomes more and more delicate. The manager, referring to W13spoke of a car unable to show the difference in performance necessary to make its way through traffic at the center of the group.

Wolff indirectly underlines one of the problems of the project a sidepod zero: the inability to run in the wake (read here). Situation in which the potential – indeed not exceptional – is further mortified. When they are all under DRS the beneficial effects of the mobile wing are canceled out and the problems emerge overwhelmingly. Today Russell and Hamilton they will start, respectively, from the eleventh and fourteenth place. The points must be the minimum goal for the world champions.

Targeting this sounds like a tremendous nemesis. Those who until a few months ago were fighting for glory must flounder to feed on crumbs. “We are navigating positions that we are not used to and do not aspire to, it is a humbling experience“He ruled Wolff without concealing his disappointment. The mantra in AMG F1 is the usual: they say they have understood the problems, that they have identified a direction to unlock the potential inherent in the machine to get close to the vertex, but there is no lockpick to open the lock that would free the performances.

A bit ‘everyone has to recalibrate the context. It is almost unbelievable to see there Mercedes navigating in the big group with detachments from the summit that once conferred with nonchalance to opponents. Nico Rosbergone who knows the environment well, seemed shocked when he commented on the behavior of a car that was evidently born under a bad star.

“See all those car hops – F1 World Champion 20216 told Sky Sports UK – gives you a headache. It’s incredible. You arrive at the end of the straight and you have to brake in those conditions. You have no faith in the behavior of the car if it bounces like that. They are struggling to solve the pumping and cannot understand either (according to what he claims Wolff It is not so) nor to know what to do“.

A condition, the one brilliantly explained by the German pilot, which exonerates the raises completely Hamilton And Russell from any liability: “I think the pilots can’t do much. The problem affects those who work on the aerodynamics of the single-seater. Collecting data, with such obvious porpoising, is also tough: air enters the car everywhere. They can’t even count on the wind tunnel because, as we know, it’s a problem that occurs at high speeds. They are related issues and this complicates the solution“.

A puzzle of titanic proportions what the technicians of the Mercedes which, it is now more than evident, are sailing on sight. The calendar that features races in rapid succession seasoned with ocean trips (so far Middle East, Australia, Italythen USA to return to Spain) certainly doesn’t make operations any easier. Budget cap and stringent limitations CFD and wind tunnel are the icing on a bad cake.

The environment is not the best. It is very fictional about a quarrel between Hamilton And Wolff. Enlargements of a certain sensationalist press to which we do not adapt. The fact is that the tension exists and the protagonists have not denied it. Lewis who reports that he does not want to publicly talk about the confrontation with his boss after qualifying on Friday gives the thermometer of the situation. The idyll is not broken, but we are aware that the season is slowly slipping towards anonymity.

Wolff himself, who usually appears determined and convinced, is releasing “bearish” statements. As if Mercedes began to metabolize his new status. As if she were beginning to understand that the owners of the F1 they have other names, colors and machines. What is clearly hard for them to digest today is the fact that, as reigning world champions, they have been sucked into the middle of the pack. See the Alfa Romeo rather than the Haas or the Alpine ahead is becoming a constant worrying.

Naturally, these assessments are made on the basis of the observations of the first two days of activity in Imola. Today’s race, in which pit stops can be made, could tell other truths. Also because the weather turns bad and it could shuffle the deck of cards. But from what we saw on Friday there is no need to be confident on a wet and cold track: the difficulty in putting the tires in the right window at the end of the exercise could further limit the performance of a capricious car.