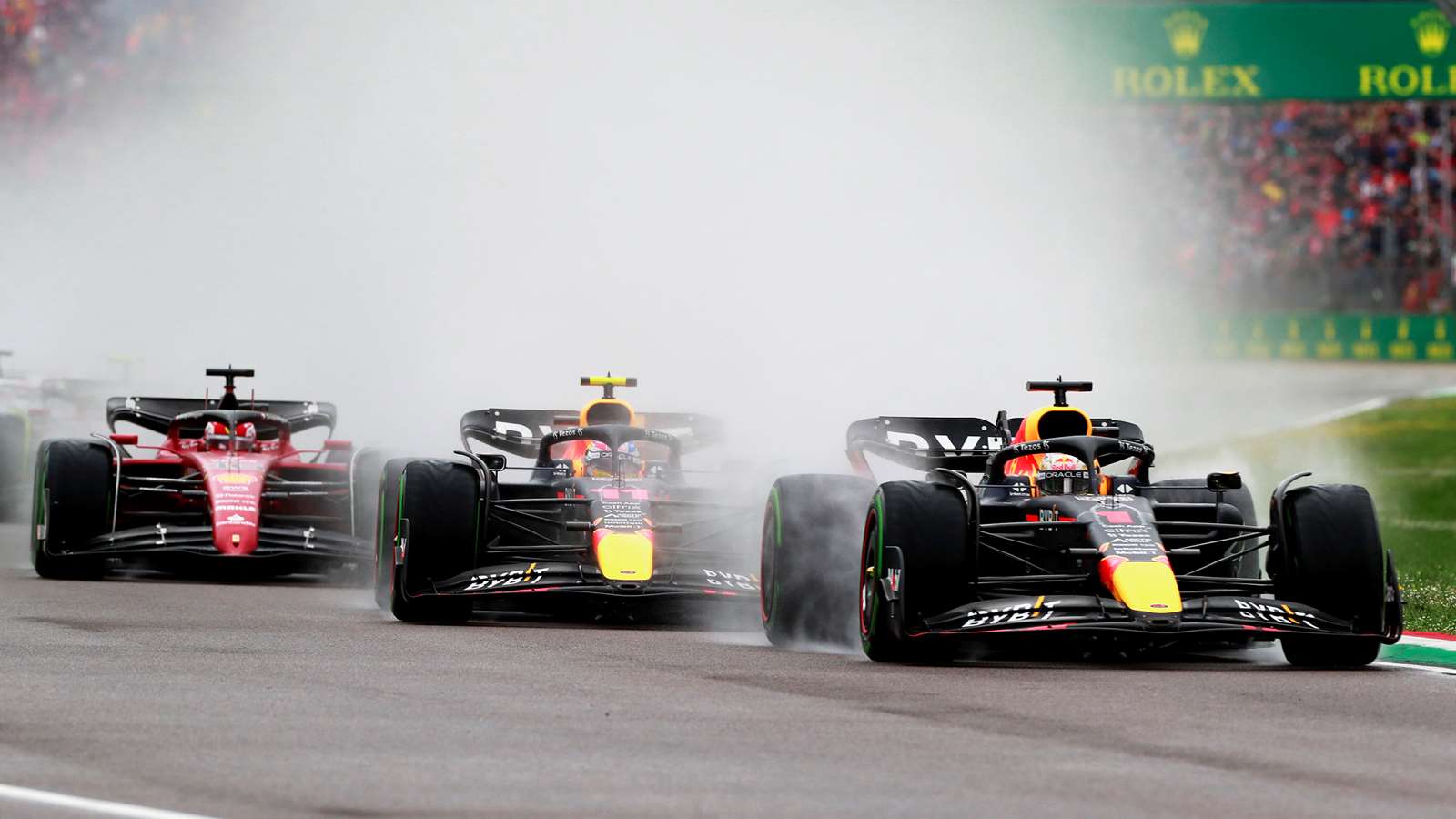 F1 – Demonstration of strength. This is what the Red Bull did during the Grand Prix of Emilia Romagna. The thing had been noticed since Friday when Max Verstappen he had taken the pole position than in the sprint race had been thwarted by an uncertain start (problems with the synchronization of the first gear, nda) then recovered in the last laps with an overtaking to which Charles Leclerc he was unable to respond due to an obvious tire crisis.

The tires were one of the winning keys for the RB18 n ° 1 who in the race was never worried by the Monegasque who, in an attempt to get the better of Sergio Perezhas compromised a comfortable podium allowing the further recovery of the team Milton Keynes who gets a double after six seasons from the last. A signal of power expressed on the Ferrari-owned track which breaks a trend that in the first few races had seemed quite clear. That is, that the F1-75 was a generally more complete car than the creature of Adrian Newey.

What transformed the British car in two weeks? Definitely the environmental conditions. With the coolness and the little rubber track RB18 was exalted while the Ferrariwhich at theAlbert Park had been perfect in the thermal management of the compoundhe floundered in the – in vain – search for a setup that he could make the material supplied by the company work in the best possible way Pirelli. The trend occurred with all the compounds used in the official sessions: intermediate, slick soft and medium.

This aspect was underlined by Chris Horner which he clarified, meeting the opinion of Mario Isola who had been prophetic during the tests, that the battle will be won by whoever makes the covers work better: “I think that, as we saw in Melbourne, the tires have a specific operating window. With this weekend’s setup we have done well. Charles he struggled a bit more with the front wheels than us both in the Saturday race and in the last part of the Sunday GP. In no time, aside from the grass hike with Checowe’ve really been under too much pressure“.

But tire management doesn’t explain everything. More than anything else it is a “symptom” of what has been done on the RB18 which presented a further step evolutionary which immediately proved to be very effective. There Red Bull introduced a swirl generator in the central part of the bottom and lighter brake calipers. The lightening of the unsprung masses has evidently brought immediate benefits to tire handling and management. This inconspicuous but very effective package was joined by the apparently marginal innovations already brought to Bahrain and in Australia. What was introduced in Italy seems to have finally balanced the car.

The real secret of this weekend’s result could therefore lie in the weight reduction of the car. There is no official figure, but we are talking about a figure that is between four and eight kilos. Something that could have earned the reigning runner-up car up to 2.5 tenths of a second per lap. And above all an element that has restored confidence to Verstappen which can return to express its “angular” driving style, especially in the changes of direction and in the aggression of the curbs, which has always been the trademark of its driving.

What marked the difference between the two most credited rivals for the title at Imola is also the aerodynamic pumping completely absent on the blue car and present to a large extent on that of Maranello.. Throughout the GP one could observe the head of Leclerc “Wobble” insistently. The porpoisinghowever managed, forces the Ferrari to work in less than ideal conditions: must sacrifice part of the downforce generated from the bottom recovering it with greater incidences of the rear wing.

And this explains the age-old lack of top speed that is occurring in the season. The result is an aerodynamic compromise that allows you to have very good traction out of corners but even less grip at the front. Hence the difficult tire management in the sprint race and, wanting to force, the error of Leclerc in competition.

The GP of Emilia Romagna it’s like it was a slap in the face to the Ferrari who must react now. There Stable preferred not to make improvements to the F1-75 because of the sprint race which limited the test sessions to just one hour to find the set-up of the car. The ploy didn’t work since Red Bull not only was she able to install the updatebut he also saw them work very, very effectively right away.

Ferrari will have to answer in Miami (read the in-depth information on the overseas track). And she will do it as he admitted Mattia Binotto in the hours following the GP of Imola where what we can define officially started “The war of developments“. In the United States, the Italian team will introduce a new rear wing. It will be a update which does not have the mere task of adapting to layout of the track that will reward low-priced cars dragbut which sets itself the task of giving more top speed to the F1-75.

What so far has been the Achilles heel of a project that is nevertheless very effective. The aim is to increase aerodynamic efficiency without affecting the downforce total generated by the car edited by David Sanchez. A question of subtle and delicate balances.

You love mewhere also Leclerc could mount the second power unit season with a few more horses, it will be a first stop on a longer journey. Barcelona was targeted as location to present an aerodynamic and mechanical package (eyes on the rear suspension) able to further limit – or even to permanently eliminate – the annoying aerodynamic pumping which, as explained above, however “chains” the potential of Red which continues to run with a slightly higher ground clearance than the RB18.

Evidence on which the choice of stiffer structures depends than on the high curbs of Imola have generated problems. There High variant it was a point where the F1-75 suffered in direct confrontation with the English car.

If the sports championship is already in its fourth stage, the technical one is just starting. All teams are introducing changes to correct their designs. Red Bull, which appears to have fixed the reliability issues, appears to have a slight advantage in this exciting race. There Ferrari it is required to keep pace and relaunch the action so as not to see its hegemony in the standings shrink. Red Bull, history is full of evidence, it is used to growing over the course of the year. We have often seen cars born not very well become perfect mechanisms in the end.

Andrian Newey, from this point of view, it is unrivaled. His innate ability to effectively read the evolutionary parables of a project could make the difference in this race in the race. On the other side the Ferrari it must prove that it has changed definitively. Maranellothe 2017 and 2018 seasons are indicative in this sense, has shown a trend at a shrimp’s pace that it cannot afford when there are two titles that have been missing for three decades.

But this is a “new” Ferrari. The age-old problem on track correlation – CFD seems to be overcome. The new simulator that started running in the fall of 2021 is offering concrete data on which to base the development of the machine. This is why this year there is confidence that comes from a new awareness of one’s own means. If it’s really going to be the year of the Red we will understand from how the technicians will react, between You love me And Montmelo, at the first blow beaten by a competition accustomed to effectively grow the material at its disposal. Also because the diet of the RB18 is far from over …