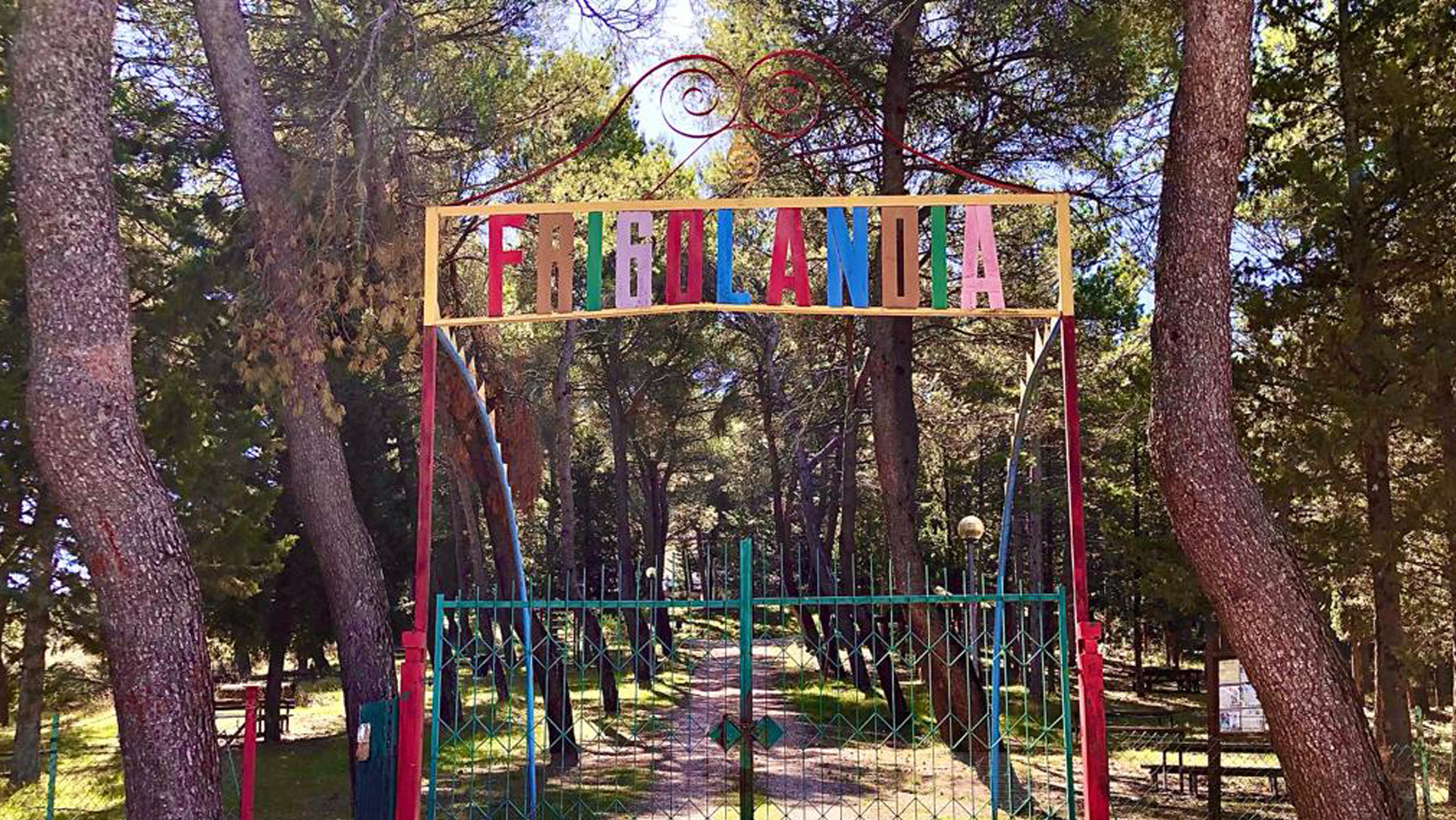 To reach Frigolandia you have to climb the hills of Umbria, the “green hills” here is anything but commonplace. We are a few hundred meters from the small town of Giano dell’Umbria, 3,000 inhabitants among curves and narrow streets, among woods, olive groves and vineyards. You can breathe the scent of pine forest, wonderful views that are lost visibly. The joke is easy: but how do you get here with the armored vehicles to make an evacuation?

The Republic of Frigolandia, the land of Frigidaire, a “Socratic Ashram”, a “Eurotibetan Monastery”. The first Maritime Republic of the Mountain, a Museum / Laboratory of Maivista Art – a definition coined by Andrea Pazienza – since 2005 hosts the museum, cultural and artistic activities, as well as the archive of 42 years of publication of “Frigidaire” and “Il Nuovo Male ”, the history of comics and Italian underground culture.

Now this reality is in danger of disappearing, swept away by an eviction order for a legal matter, and of possible speculation, which seems surreal.

Cheeky and provocative, Frigidaire was born in 1980, after Stefano Tamburini founded the magazine Cannibale, distributed by Il Male but closed in 1979, in the full context of the movements and the Italian revolt in 1977. Vincenzo Sparagna, who was part of the management de Il Male, together with Tamburini and Filippo Scozzari thus decided to found the new magazine. Journalism and comics, provocation and study, satire, politics, customs, philosophy, art, literature. A story that continues and that Vincenzo Sparagna has brought here in the hills of Umbria, where he welcomes us in the room which, after passing the museum room, houses the editorial staff. Here there are a few thousand works, exhibitions are organized, community hospitality for visitors, there are historical tables for a commercial value of millions of euros. Half a century of history of the Italian counterculture that has its roots in the protest movements of ’68 and ’77.

“No magazine has lasted 42 years like us”Says Sparagna proudly who tells of the succession of generations of designers, now in their sixth grade. “We wanted to rediscover the story of the world outside the deadly and avant-garde ideologies that fueled the 1900s, to revolutionize the language and the approach, certainly within that context of extraordinary rebellion. But we resisted and went on even then“.

Sparagna together with Filippo Scozzari is the only one still present among the historical core of Frigidaire’s founders: Stefano Tamburini, Tanino Liberatore, Massimo Mattioli, and of course Andrea Pazienza. Here is precisely this piece of the cultural world. Between Evil and Frigidaire, an extraordinary combination. Which goes down in history, among other things, for the diffusion in Afghanistan, disguised as Afghans together with the Mujaideen, in Soviet-occupied Kabul, of a fake from the Red Army newspaper with a Russian soldier on the cover breaking a Kalashnikov and the title “Enough with the war! Everybody at home!“.

Here, the fakes. The false front pages of the newspapers: from the one announcing the Pope’s paternity, to the dissolution of the DC, at the end of the Soviet Union, to perhaps the best known one: the arrest of Ugo Tognazzi as head of the Red Brigades.

“There are endless anecdotes about this story that many really believed. We fired this thing, obviously with the complicity of Tognazzi, against the persecution by the judiciary of the heads of Potere Operaio, Scalzone, Negri, Piperno, the operation of April 7, and the pseudo-monsters banged on the front page”Says Sparagna. “Except that reality surpassed fantasy, and some time later it was Enzo Tortora’s turn to be really arrested as leader of the Camorra“.

The history of Frigolandia among the Umbrian hills begins in 2005 when Vincenzo Sparagna signs a rental contract with the municipality of Giano for a tourist complex owned by the municipality. The contract is automatically renewed for 10 years for at least 3 times, and only the tenant, that is Frigolandia, can make it lapse. They redevelop the place to transform it into a cultural center. “We fixed the buildings, planted trees, cleaned up the area full of rubble and dirt, we gave it back to the community, creating culture and aggregation”Proudly claims Sparagna.

With a series of resolutions of 2013, the Municipality in its urban plan approves a redevelopment of the area “to return it to public use”. The area also includes a nearby campsite, whose expiring rental contract is not renewed. The municipality of Giano, for the redevelopment of that piece of the area, collects almost 500 thousand euros by banning it for… “Building a campsite”. The announcement is deserted, the works are stopped at 2016 as you can see from the sign at the entrance to the campsite, and that portion of the forest, abandoned.

In Frigolandia they fear that the municipality of Giano wants to do the same with that area. Already in 2008 the Municipality started an eviction case for an alleged arrears, a case lost by the municipality and ended in 2012 with the sentence to pay legal costs, since the alleged eviction had no legal basis.

Then in 2015 the municipality decided to unilaterally cancel the contract to ban the land. On 11 March 2020, in full COVID emergency, the new eviction order arrives, then postponed precisely due to the emergency provisions. “They don’t give a damn about the culture, the aggregation, the thousands of people who pass through here every year. The mayor never came there. He is only interested in clearing the area for public money. They don’t even know what to do with this space. It would be nice to understand where these funds have gone … They say the place is attractive, but it depends on who eats there !!“

The appeal to the TAR, in February of this year, however, gave a negative result: for the TAR “there is no discernible contradiction between the eviction order and the municipal resolution“Of 2005 relating to the agreement. From Frigolandia they are now awaiting the formal notification to present the appeal to the Council of State. In the meantime Vincenzo Sparagna is touring Italy to create solidarity events, and launch appeals such as what on Change.org has collected tens of thousands of signatures. And it brings together friends and companions of today as then.

“Hold on!!Was his incitement in the mischievous and libertine spirit of Frigidaire. An appeal also requires the intervention of the Minister of Culture. Which for now is silent. “We are suspended, we do not know where we will be in a few months. Minister Franceschini did not even answer the parliamentary questions, he never answered the appeals“.

But why are they angry with you, I ask Vincenzo Sparagna? “On the one hand, the ignorance and stupidity of the ministry and many public officials, and the lack of interest in culture. But obviously we are too Alive … If we were dead it would be easier to celebrate ourselves, just see what happened with Andrea Pazienza, persecuted while alive and became an icon after death.
Here, maybe we are still too alive. But we have every intention of continuing to be!“.