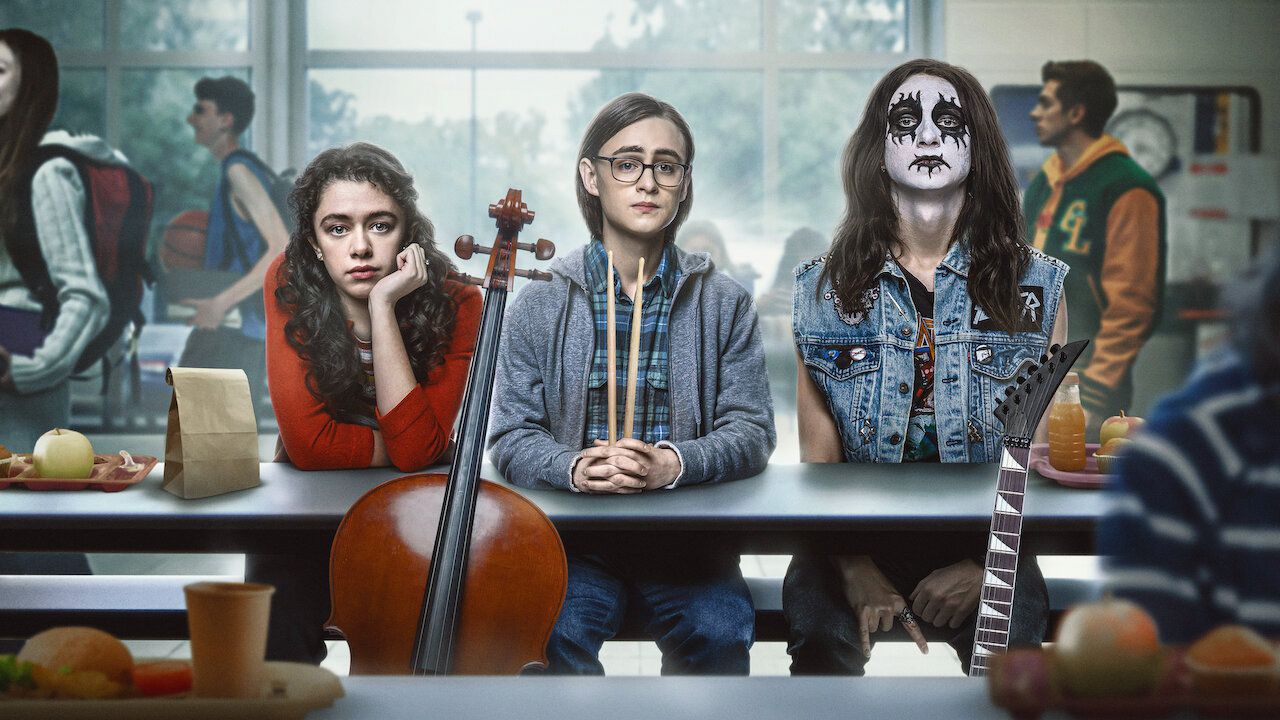 Released on Netflix on April 8th, Metal Lords has made a lot of talk about itself, albeit perhaps for the wrong reasons. Critics and fans kept an eye on the film because its production included the names of the Game of Thrones creators David Benioff and DB Weiss. The attractiveness of the film, however, goes far beyond the curriculum of its producers: Metal Lords is a cute coming of age based on metal, which knows how to conquer the public with continuous citations to the best rock music of the last decades and with a story that amuses, fascinates and even moves. Watch Metal Lordshowever, it also means operating one long series of comparisons with School of Rockthe musical training film par excellence, directed by Richard Linklater and which has now become a generational cult.

Metal is Power, Metal is Speed

The There are a lot of similarities between Metal Lords and School of Rockso much so that at various moments it seems that the work of Peter Sollett (Freeheld – Love, Justice, Equality) draw heavily from the narrative and stylistic clichés introduced just twenty years ago by Linklater.

For example, as is traditional for music films, both films are built around a clash of bands, which becomes the occasion for a rapid maturation of the group made up of the protagonists. The musical challenge is certainly the engine of both productions, which use the event as a propeller for their entire narration. To change, however, are the main characters of the two films. In the case of School of Rockindeed, at the center of the story is an adultplayed by a Jack Black in a state of grace, which it is not by chance that he defined School of Rock the pinnacle of his career. In the case of Metal Lordson the other hand, the absolute protagonists are three sixteen-year-olds, namely Kevin (Jaeden Martell), Hunter (Adrien Greensmith) and Emily (Isis Hainsworth).

The big difference between the two films is in fact that one has as its protagonist a man who is facing a late transition towards a maturity imposed by society, while the other revolves around the identity formation process of three teenagerswith all the annexes and connected of the case, between first loves, school rivalries and friendships that are formed and destroyed.

To an adult eye, the plot of Metal Lords it seems frivolous and stereotyped, with rather predictable and in some ways almost obvious situations. In reverse, School of Rock has a more mature and complete history, despite the Jack Black co-stars are ten-year-olds, whose vicissitudes apparently seem distant from the world of adults. On the other hand, the incredible ability to address a transgenerational audience is one of the strong points of Richard Linklater’s film: if you want to know more, we invite you to read our School of Rock review. On the contrary, the production signed by Benioff and Weiss fails to detach itself from the label of film made for a very young audiencewhose purpose is more than anything else to propose a teen drama alternative to the titles with a high sentimental rate already present in abundance on Netflix: even in this case, however, you can read our Metal Lords review. What the two titles have in common, net of the enormous stylistic, narrative and qualitative differences, is a very strong love for rock musicwhich in the case of Metal Lords obviously it is charged with a precise “extreme” connotation.

The musical passion of the authors of the two films is very evident in two scenes that are very similar to each other: they are two moments that are actually quite short, but which take on incisiveness because they break up the narrative with didactic lists of songs and albums to listen to. So while in School of Rock the “teacher” Dewey Finn recommends bands like the Led Zeppelini Deep Purple and Queenthe (very long) list given by Hunter to Kevin includes groups of the caliber of Motorheadof the Black Sabbathof the Iron Maiden and gods Judas Priest.

It takes little to figure out which ones awarded by Dewey and Hunter they are actually “homework” for the spectatorsa series of songs that, in addition to composing the soundtrack of the respective productions, should be listened to after the vision to understand the reasons behind the very existence of the two films, which are undeniably originated by an ardent love for rock.

Growing up with music

On the other hand, analyzing the vast panorama of coming of age more and less recent, we cannot help but notice that music plays a central role in formation and in individual cultural background of each teenagerat least according to US directors.

Think of Richard Linklater’s production, full of coming-of-age films, starting with Boyhoodnominated for an Oscar in 2014, passing through the beautiful Everyone wants somethingof 2016, to get to the spiritual prequel of the latter, Life is a Dream (1993), et al very recent Apollo 10 and a halfalso released in early April always on Netflix (if you like, you can also read ours review of Apollo 10 and a half). In all these productions there is a strong musical connotation, with the soundtrack that is not only used to further immerse the viewer in the historical period in which the plot is set, but also to explain the personal tastes of the protagonists, who often identify with those of the director himself. On the other hand, it is often enough to indicate what a character’s favorite song or album is to give the audience a clear idea of ​​his character, ideas and beliefs.

The most emblematic film of Richard Linklater’s passion for music is Everyone wants somethingwhich right from the title recalls the song of the same name by Van Halenpublished in 1980, the symbolic year of the decade in which the coming of age university of the American filmmaker, ideal continuation of Boyhood, which stops just as the protagonist reaches college admission age. Anyone who has seen the film will remember it for the pounding presence of “My Sharona” of the Knackreleased in 1979, at the dawn of Eighties. If you haven’t already seen Linklater’s 2016 title, however, we recommend that you take a look at ours review by Everyone wants something.

In turn, too Apollo 10 and a half it has a very strong musical connotation, which this time however comes back from the Sixties, whose most emblematic songs (at least as far as the United States is concerned) often appear in the soundtrack of the film. In short, if there is a director who fully expresses the idea that the music is an integral part of any adult’s education from an early age, that’s Richard Linklater.

Let it be clear, however, that that of the films shot by Richard Linklater or by Metal Lords it is not an isolated case. Another interesting example of integrating music as an integral part of a film coming of age and the “strong” descriptive element of its protagonists is Licorice Pizza, a masterpiece by Paul Thomas Anderson released just a month ago at the cinema also in Italy (and which we have already praised in ours Licorice Pizza review). The film, set in 1973 (the year of the great energy crisis that affects the plot of the film itself) is a real one musical time capsule of the seventieswhich includes, among others, songs like “July Tree” by Nina Simone, one of the jazz masterpieces of the second half of the twentieth century, “Stumblin ‘in” by Chris Norman and Suzi Quatro and “But You’re Mine” by Sonny and Cher, which, also for thematic affinity, is one of the most iconic and suitable for complex love between Gary Valentine and Alana Kane.