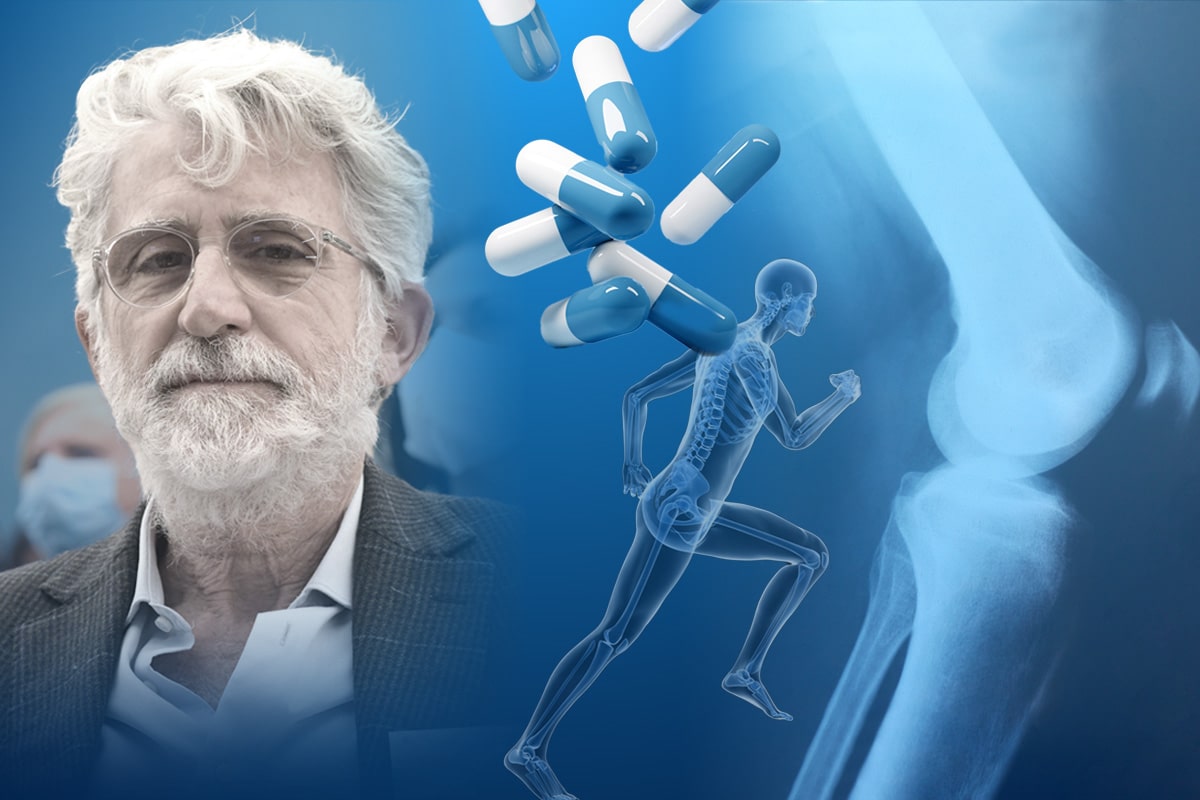 Medicine is not female. The data and clinical studies that the medical world is finally spreading around the world say so. What does it mean? Let’s start with a fact: up to now, drugs have always been tested on males. Only very recently have they begun to enlist women in trials. As if there were no noticeable differences between the female and male body, starting from the weight and the hepatic metabolism that makes the absorption of medicines different. Not by chance 8 out of 10 drugs withdrawn for toxicity (a Canadian study says) caused effects on women. And it is only the first example of the sensational gender gap in medicine. He recently admitted Dr. Silvio Garattinipresident of the Institute of Pharmacological Research: “Despite the great progress and improvement of therapies, medicine is still basically set on male models”.
Who has always fought for one medicine that took into account the differences is the doctor Alfredo Zuppirolicardiologist with a long career in public health and president of the Bioethical Committee of Tuscany.

Doctor, can it be said that medicine is male-dominated?

“Sure. Let’s say androcentric. Since the 90s of the last century, attempts have been made to shift the interest in women’s health from only aspects related to reproduction (cycle, menopause, pregnancies) to the role that biological variables (linked to sex) and psychological ones , environmental, cultural and socio-economic (related to gender) have on all diseases, but still a long way to go “.

Does it refer to daily clinical practice or research?

“In both areas, women continue to be underrepresented compared to men. In large international studies they often make up no more than 25% of the subjects enrolled in the experimentation “.

Why such a conspicuous and harmful gender gap for women?

“One explanation may lie in the fact that research protocols tend to eliminate variability, simplifying the characteristics of the population under study. The female organism is in fact much more complex and its responses are more difficult to classify: just think of the changes in the various age groups, the cyclical hormonal variations, as well as the fact that women’s bodies are not only (on average) smaller. , even in its organs, compared to the male one, but it has a different distribution of fat and lean mass, a different content of liquids “.

But then the differences also concern other categories such as children or the elderly?

“Of course: even the pediatric and elderly populations are very little represented in scientific research. The child is anything but a small adult, and the organism of the elderly person has its own significant specificities. Not to mention ethnic groups that are rarely seen included in large international trials of drugs or medical devices, which unfortunately are still predominantly centered on white-skinned adult males and weighing close to 70 kilos “.

So in medicine it would be wrong to talk about equality?

Eight out of ten drugs withdrawn for toxicity, according to a Canadian study, caused side effects in women

“Neutrality with respect to sex and gender, when there are precise factors of differences in the incidence and outcome of many pathologies, results in a powerful factor of disparity and inequity. Let us remember the words of Don Milani – even if addressed to the world of schools, they have a universal value: ‘There is nothing more unfair than making equal parts among unequal ones’. Recognizing the differences is a precise ethical and civil duty, as well as a professional one; medicine and public health cannot fail to take this into account in the context of prevention, diagnosis and treatment policies “.

How is the concept of equal opportunities in the health field implemented?

“It must also extend to the opportunity to have adequate treatment in the event of illness, in the spirit with which Amartya Sen he understands the concept of health equity: ‘Not equal care for all, nor treatments equally extended to all, but treatments such that everyone can have an equal chance of enjoying good health’ ”.

Any examples of drug or therapy that should be differentiated? We have seen that aspirin, for example, has many doubts about its effectiveness in women.

“Aspirin is still being investigated. The case of the Zolpidemon the other hand, it is clearer and more emblematic: only after many years from the marketing of this drug against insomnia, the American FDA approved a gender-specific dose. There had been numerous episodes of reduced ability to drive by women in the morning after taking the drug, and an ad hoc pharmacokinetic study actually showed reduced elimination of the drug in women ”.

And now it is written in the technical data sheet of the drug?

“Unfortunately this attention to the difference of sex / gender is not present in the technical data sheet of theEMA (the European Medicines Agency) and therefore in Italy the drug is sold with the sole recommendation to use lower doses in the elderly or in patients with severe hepatic insufficiency, without any reference to women “.

Why do women respond to treatment differently than men?

“For drugs the problem is mainly related to physiological, anatomical and hormonal differences, which determine a considerable diversity in pharmacokinetics, i.e. in the different way in which the drug is absorbed, distributed, metabolized and eliminated, and in pharmacodynamics, i.e. in the response of the body to a given drug concentration in the blood or tissue. Instead, we continue to have drugs available on the market with standard dosages, the same for everyone, both for a man of 100 kilos and one meter to ninety in height and for a woman one and a half meters tall with a weight of 50 kilos “.

Women also use a lot of supplements and cosmetic products that men don’t use. Can this interfere?

“And how. We think of many herbal products, food supplements, creams for the body, to all that complex set of ‘natural’ products that can chemically interfere with food and drugs. And this must always be considered ”.

Among the various gender differences in medicine there is an important one that concerns transplants. It seems like a general metaphor: why are women more donors and males more recipients?

Among the various gender differences in medicine there is an important one that concerns transplants. It seems like a general metaphor: because women are more donors and males more recipients

“It is true, women are more often donors than recipients, while recipients are mostly males. Do women have more self-sacrifice and a sense of responsibility than men and are therefore more likely to donate their organs? Could be. In this regard, the data from the ministry of health are interesting, which tell us that in living, voluntary and free donation, two thirds of all organs are donated by women ”.

Conversely, are women less willing to accept a transplant?

“It is not possible to answer absolutely yes or no, given the complexity of the factors involved: it must be considered that men have a higher incidence of those diseases for which a transplant is necessary and have a higher prevalence of hypertension or ischemic heart disease, which makes them unsuitable to be donors. Of course, if in heart transplants women are 45% of the donor subjects but only 31% of the recipients, very rigorous studies would be necessary to understand whether the fact that the recipients are more male reflects the higher prevalence of men in the diseases that need a transplant, or there are other reasons. See the situation in the United States, where not only women but also ethnic minorities and people with low socioeconomic status are less likely to have access to a transplant ”.

And what changes if the doctor is a woman?

“This is another fact to investigate. Research in Italian-speaking Switzerland, for example, has shown that the probability for a woman to be subjected to excision of the uterusif her gynecologist is male, it was almost double that of the patients who turn to gynecologists (obviously all other conditions being equal) ”.

Discovery of a mind mechanism linked to age-related reminiscence loss 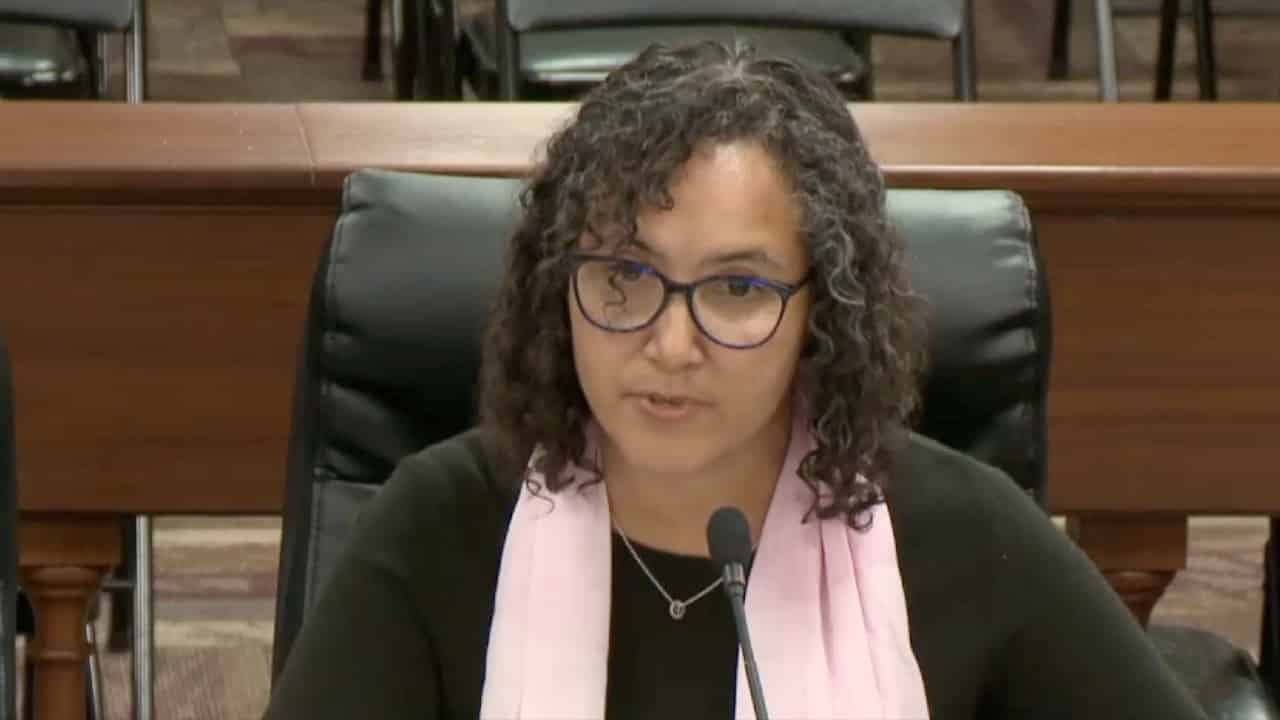 Banning Abortion Protection Is Not Good Financial Coverage, Not Good Well being Coverage, and Not Good for Rhode Island

Lengthy-term Covid signs and therapy: what we all know to date