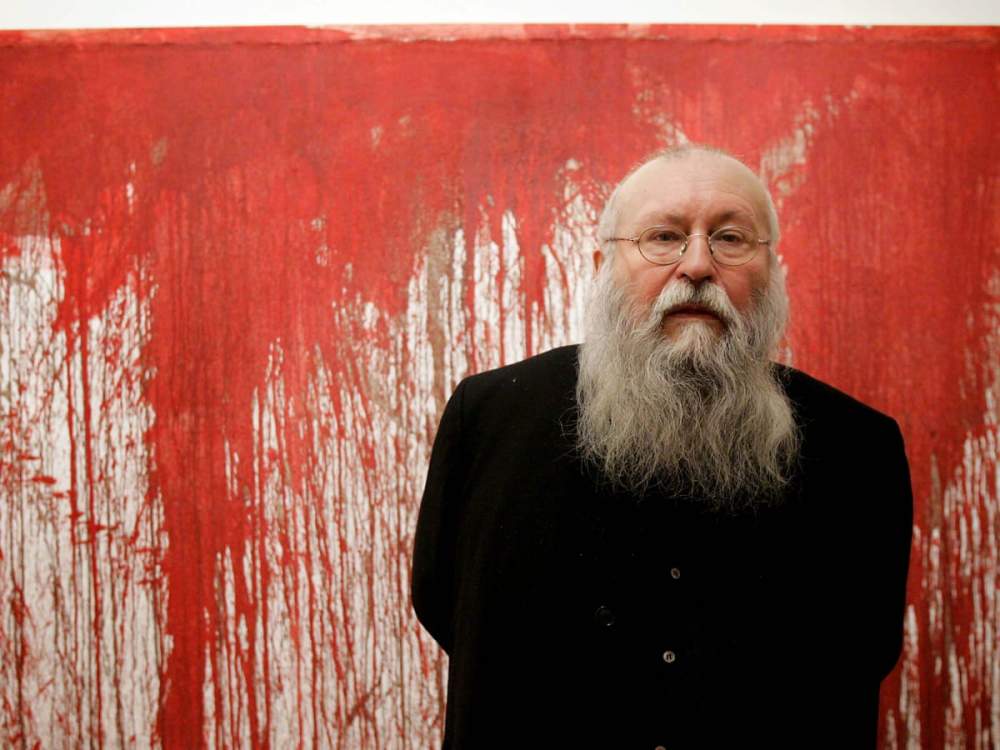 When performance was a matter of blood: the authenticity of Hermann Nitsch’s participatory art is the polar opposite of a certain relational aesthetic (secular and aseptic cult of political correctness) in fashion today

When asked in which country his work was best understood, he answered without hesitation: “Italy“. She reiterated this in an interview with Flavia Foradini, published in «Vernissage» in December 2006: “I think common roots are important, in particular Catholicism and Baroque, and Italians give space to the senses, they don’t fear them, they experience them, not like in Austria, where from time to time I still have problems, and every now and then they accuse me more of pornography, of blasphemy, of torturing animals. In reality, all I do is make their slaughter take place within the dramaturgical flow of my Actions. Overall, however, the situation has improved in Austria, including with the Church“.

It is not only a question of “blood and anema”, but of the common conviction that art does not begin and does not end in a canvas or in an exhibition, in a merely executive act, but rather participatory, on the part of the author-officiant and of the public involved in the experience, if the great priest of the cult practiced for decades by Hermann Nitsch is Peppe Morra, who hosts in his Foundation in Naples a museum dedicated to the Austrian artist who died last April 18 at the age of 83. Yet even Catholic and Christian Democrat Italy, in 1974, demanded and obtained the expulsion of Nitsch from the Bel Paese on the occasion of Aktion n. 45, right at the Studio Morra of the then gallery owner Peppe Morra, who remembers: “During the action in via Calabritto the police intervened, there were about three hundred people coming and going and therefore the whole staircase of the building was smeared with blood. The tenants complained in alarm and called in the police. When Hermann saw them, he motioned for the musicians to play even harder, he would continue“.

The mystical and religious component is a fundamental element of Viennese Actionism, a chapter in itself of performative art and Body-art. 1962, the year of the collective performance of Nitsch, Otto Mühl and Adolf Frohmer held in Vienna, is traditionally identified as the birth date of Actionism. A little everywhere in the world, artists at that time tried to break down the limits of easel painting; Allan Kaprow, himself the protagonist of the performance-art, spoke and wrote about Jackson Pollock legacythat is, the artist who had turned painting into action, announcing the advent of artists who “they will make us participate in a series of unprecedented events and happenings“. But in Austria, which still had the hallmark of annexation to Nazi Germany, the legacy of psychoanalysis was just as strong; and Nitsch was a powerful conjurer of the Jungian archetypes.

It was a descent to the Mothers, a path of negation of the subjectivity of the artist who is transfigured, at the same time, into an element of the work, officiant and sacrificial lamb, also through the degradation of his own body. Like other Shareholders, Nitsch also started from painting; soon the red color of his “paintings” became real blood. The Orgien Mysterien Theater is born, in which the public, in the intentions of the author, is conducted «through the ritual organization of elementary sensual forms to take a step towards a life intended as a continuous celebratory party“. In the ritual sacrifice of animals (he came to use, crucifying them, quartering them, filling their carcasses with flowers, sprinkling himself and the participants with their blood forty corpses of lambs), in the orgy of sounds, smells, rites, ecstatic experiences, the new season of total art and once again we could not do without the eternal returning, Richard Wagner, well present today in Matthew Barney’s post-human sagas.

Nitsch thus concretizes a cultural syncretism between Greek tragedy, polytheism and Christianity: “In our actionshe explained, poetry becomes painting, painting becomes poetry, music becomes action, action painting becomes theater“. Shrouds and shrouds on which the blood shed in those rites oxidized in rusty variants were the echo of that extreme art that was recomposed in an installation dimension or in the fixity of the work-relic. Only at this moment is Nitsch’s work accepted; in 2016 the Cathedral of Prato comes to welcome one of his “Crucifixions”.

More difficult for the public to accept what gave rise to those blood-encrusted drapes. Ten years earlier the Palazzo delle Esposizioni in Rome, the city in whose bowels we visit today the mitreans in which the bull blood of the cult flowed which probably was initiated by the emperor Constantine himself (also founder of Christianity as a state religion) was able to host a retrospective of the ‘now famous shareholder only on condition that the videos with the recordings of the happenings were not exhibited. It was the animal welfare associations that asked for it, in the name of the wounded dignity of the animals used.

“For me this challenge is a real paradoxreplied, among others, Lorand Hegyi, at the time director of the Vienna Museum of Modern Art and curator of the exhibition. Nitsch in Austria is subject to constant attacks from the far right; environmentalists may not know that two months ago Nitsch made a great performance in a public space in support of Greenpeace; two large paintings by him are exhibited in the headquarters of the Austrian Green Party. Yet here he is accused of having tortured animals. I can say with certainty that never in his life did Herman Nitsch torture or kill an animal. He uses very ancient cultural symbols, indeed archaic and just think of the “Agnus Dei” invoked every day in Catholic masses, where he also speaks of blood drunk and flesh eaten in the symbols of the host and wine. I think Nitsch’s art is universalist and pantheistic; he wants to participate in the process of nature of which we, as human beings, are part with all the consequences: we feed on meat, we kill other animals as animals, just like a cat or a dog who also feed on flesh, but this is part of our nature and we cannot speak of sadism, perversity or torture. It is simply a matter of becoming aware of the fact that we are a natural creation and have a duty to control ourselves“.

Achille Bonito Oliva also spoke: «In the case of Nitsch, the animal is recovered already dead, as an inert object and through an alchemical process, under the hand of the artist, undergoes a sort of resurrection, the critic specifies. The putrefaction and death strike the viewer, scandalized because he lives in an odorless and tasteless society, dominated by a television that showcases and spectacularizes everything; so the viewer also expects a frozen and controlled image from an exhibition; in this case, however, the action does not take place horizontally but in depth. Here the scandal is triggered, the aesthetic situation that prohibits the spectator’s voyeurism and places him in an interactive position, forcing him to intervene.“. Easier, undoubtedly, to interact with a Carsten Höller carousel or with a keyboard on our PC.

Today, that relational art has become a sort of aesthetic vehicle of political correctness, it is difficult for lovers of the new “experiential religions” to accept the visionary Austrian artist among the protoparents of the current dominant current. A somewhat embarrassing grandfather, after all, a little ogre, a little elf. Better, for many, to indulge in the embrace and magnetic and odorless gaze of Marina Abramovic, who calls herself the grandmother of the performance.
Yet Nitsch was one of the last, essential heirs of that Vienna that Hermann Broch, as Jean Clair recalled, defined the «place of a “Gay apocalypse” », where the adjective“ gay ”is the same that Nietzsche had applied to his vision of science. “It means that Vienna was the place of becoming aware of an end of things and a culminating point of thought. The acquisitions of Viennese modernity are intended as the end of something and at the same time the fulfillment. Triumph is at the same time failure in the midst of triumph. From this point of view, Vienna was the model of everything that the twentieth century could accomplish“.