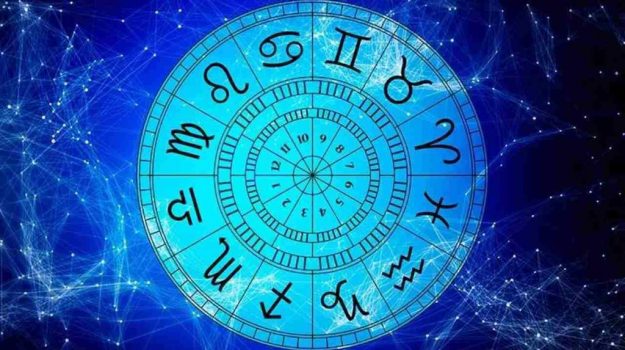 It is a placid week that will be shaken by the passage of Mercury in its primary domicile the Gemini, here is that the quicksilver of the God with winged feet will bring a breath of joy to the zodiac. Pluto retrograde, however, lurking in ambush will put some doubts in some of the twelve signs. Good week everyone!

A pleasant week for you that for once does not force you to the usual races, or to be overwhelmed by a thousand commitments that require your presence or your decision-making. It is time to reconnect with yourself, take a breath and accept the invitations of friends or suitors who will not miss this week. The stars advise you to be soft in accepting the playful and carefree proposals of this moment, which does not satisfy the ambitious among you, but which greatly satisfies those who are already committed and yearn for the precious good of time that leaves room for life that truly you want to live, made up of affections and loves in the making. Excellent week and to give a change to an economic project that would greatly change your perspective.

Spring has really hatched inside of you, you are burning with the will to live, and the best ally possible you have as a guest in your home, it is Mercury who is doing everything to recreate those social and communicative relationships that for a while was absent. Outings and happy dynamics for you look serene and with many surprises, even improvising and going off the cuff without particular programming you will feel at ease and light as has not happened for some time. It is an excellent time to look around and make important decisions by selecting people and situations that inevitably put you back into play, even in work the social conditions act as a useful engine.

This is a week of good news, as your star guides Mercury, hitherto hosted by your neighbor, the Taurus, transmigrates in your degrees exploding with quicksilver and communicative happiness. Here the stars start spinning again, at the beginning you may have a feeling of overcharge and disperse a little the energies that should be better directed, without getting too lost in chatter or in useless relationships. But the weekend will be able to make you focus your goal and make you perfectly capable of creating a new course of things that will determine the structure of the coming months. In love, be clear, abandon yourselves to passions but be sincere, clarity will be a fundamental gift for dealing with new and old relationships.

Excellent prospects for you in a week in which the sky of your degrees is assisted by multiple planets and supported by many new hopes that seem to be paying off. From Friday, however, Pluto begins a retrograde motion in opposition to your sign, which could generate events that question your certainties or that trigger a certain jealousy towards your partner. The time has come to take courage in both hands and better describe what you feel, even your insecurities and talk about it with your partner or any affective contact person who knows how to adequately welcome you. Here the uncertainties will remain only theoretical, sometimes some reassurance is worth making the effort to lay bare what you really feel.

Until Friday the square of Mercury leaves you no respite and forces you to make sure that your every effort is aimed at making you listen, to make you feel good in the workplace and to enhance your figure that at times you feel a little mistreated. But from Friday onwards the music changes, as if the weekend operated an unusual magic that brings you back cheerful and happy and above all supported by those who love you. There will be friends and advice, but you will also not forget to manage a series of things on a practical level in a much more forward-looking way for the future. Perhaps a poor understanding or lack of dialogue with the partner was a recurring reason for a while, and from Friday you will be able to resume the dialogue in a constructive and agile way.

Here is that the trine of Mercury from Taurus is about to end, the great cognitive support that the planet of intelligence has provided has allowed you to collect a series of information that Pluto from its retrograde motion first provided as doubts or uncertainties, now you will have the feeling that all the pieces fall into place. Here your reality will leap forward and perhaps clearer in some of its parts. Do not get involved in advising the stars in unclear paths and people not driven by positive feelings, rather do a very careful work of sifting what you have around you, so that the ambiguity of others does not put you in embarrassing conditions. In love, balances are restored and those who have built well will find themselves even better with these configurations.

A not very dynamic week for you until Friday, it is a state of calm in which nothing will disturb you, as in your desires, even if it will be a bit boring but you will not feel pressed by things and people who ask you for continuous attention. The trine of Mercury that will be formed from Friday will turn you on again communicatively and make everything more fluid making you want a more communicative and socially engaged weekend in which you will like to be led, while on Sunday the emotional jokes of the Moon could make you feel destabilized and full of suspicion, also thanks to an unpleasant Pluto who will make you open up on things that you will question without certainties that you thought you had. In love you will probably ask for a comparison.

Something has begun to flow around you and you feel drawn into a whirlwind of things that seem to give you new stimuli and imagination, ideas and a lot of fuel to spend. But it is a planetary moment so contrasted that everything could come out, positively and sometimes a little less. Do not be distracted and better analyze reality, sometimes declining and agreeing with someone on their own merits is sporting liberating and relieves you of the competitive sense you have, while in love suggestions may alternate on which the stars beg you not to be hasty. however beautiful and dynamic they can be. The call of something from afar makes itself felt, but it still does not take shape, wait for the next movements of the Moon to decide where to go if you want to go far, if you always want evolution.

While the beginning of the week is focused on your desire to dream and chase emotions, from Friday with Mercury in opposition you will have to move in a more gentle and delicate way, without necessarily wanting to chase things and people at all costs and above all with great discretion. . With this opposition you risk saying a few words too many, the sky manifests great improving attitudes, but also for this it is with Mercury that you will have to deal with it so as not to risk the possibility of taking useless blunders on things that seem love and instead will turn into gigs. Meanwhile, your positivist verve does not make you stop looking for something new in the social.

Always a little in conflict between the reasons of the heart and those of the mind that widen the points of view more and more so you will discover it is not a disadvantage not to necessarily have absolutes in your pocket. Here, however, the retrogradation of Pluto does not facilitate you and raises doubts and uncertainties within you, but in love above all you must not be talkative, but rather indulge the attitudes of the heart, and also understand the reasons of the partner. At work you discover that you have increasingly generated the conditions that will lead you to feel better and to make you particularly sensitive to a series of matters that will turn into a positive one, making you think that you are one step away from a desired goal.

The sky of your degrees has its own logics, and here you will once again prove the peregrine theorem that Saturn is, after all, a strongly positive planet if used as only you know how to do. In fact, it will be a very productive and reactivating week of all the dynamics that concern you, the planet of the rings will activate your Uranian automatisms and guided by your brilliant instinct you will move doing operations that perhaps you will not fully understand even yourself but which will be a key solution. of many things that will unlock and move you more and more originally. Meanwhile, a splendid new moon for you will make you make innovative decisions for everything related to home and family, here you are again surprising everyone!

It is still an impeccable sky for you until Friday when Mercury will become spiteful and will force you in the midst of the planetary jubilation you have been living for a while to pay more attention to relationships and how you dialogue with people who may not always follow you in your emotional moments. . Your sky is tinged with harmony and something new and beautiful from a sentimental point of view, but from a relational point of view, attention and caution will be required. For you who are the sign of empathy it won’t be difficult, but your distraction is always lurking so be vigilant and don’t get too confused. Meanwhile, the movements of the moon could shed light on problems relating to heritage and family that you have overlooked for a while. Here the stars will provide you with the opportunity to optimize these areas as well.