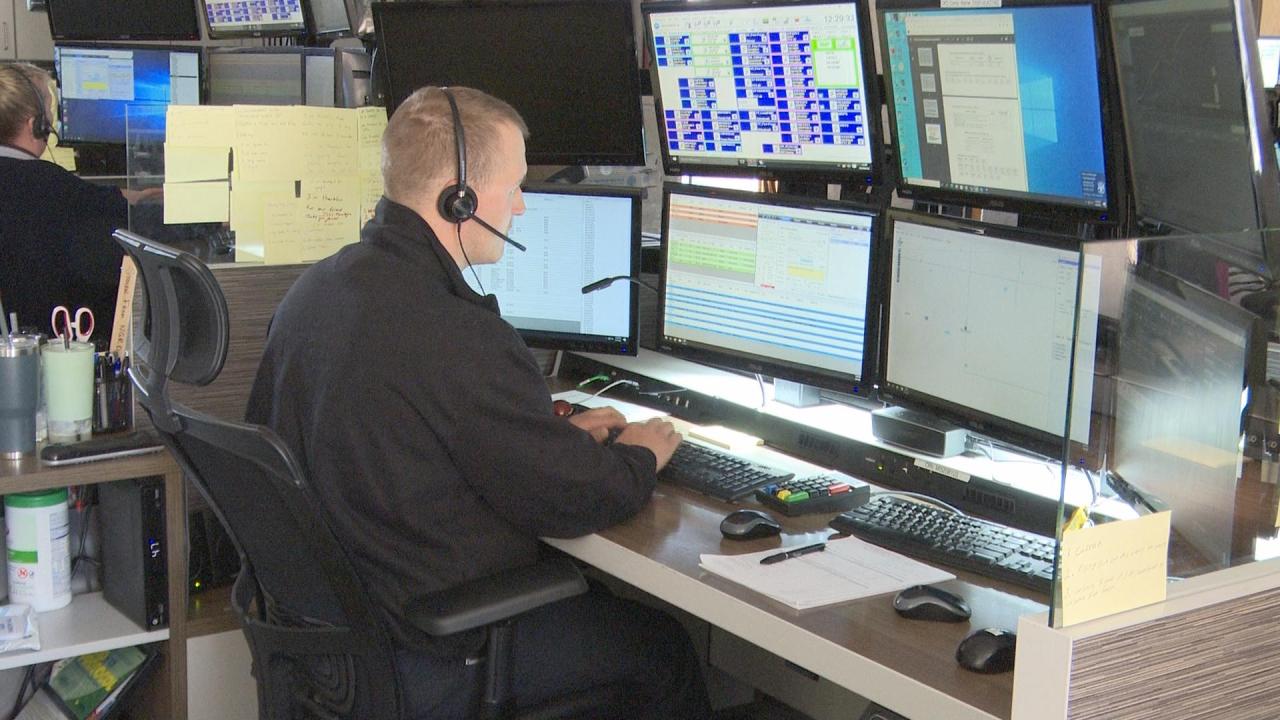 TOWNSHIP OF NEGAUNEE, Michigan (WJMN) — When people in crisis call 911, they may not think about how taking those serious calls can affect dispatchers on the other end of the line.

“There are many people who think you’re just a telephone operator. But another I guess I’m quoting a cliche is if you could see what I mean. The stuff we hear is heartbreaking. We are the first line of defense and the one that points everyone in the right direction. We’re the ones trying to get all the information we can,” said Kristie Buruse, Marquette County dispatcher and co-coordinator of the Central UP Critical Incident Stress Management team.

Emergency dispatchers are trained on how to handle the worst situations.

“Some of the things we’ve actually done in our training is take care of the caller,” said Michigan State Police emergency dispatcher Adam Holloway. “We know they’re going through the worst day of their life when they’re on the phone with us and we want to be the voice on the other line that helps them through that day because we know that after that day their life changed forever.

When your daily job involves taking calls about car crashes, shootings, and other tragedies, it can take a serious toll on your mental health.

“We feel completely helpless because we don’t know what’s going on and unfortunately most of the time we don’t know the end result. We don’t know if we got help there in time, how bad is it? We helped them with ongoing CPR, did we help them save their 9 month old? And that’s some of the things we have to live with and we’re doing what we can to find out what we can with that,” Holloway said. “On the other hand, one of the benefits is that when you’re helping that 9-month-old child and you hear that child crying in the background and you know he’s breathing and you know that child will be fine . , it’s the greatest feeling in the world.

Holloway, like many other dispatchers, has ways of coping with job stress.

“Just talk about it. That’s the first step with something like this is that you don’t want to bottle it all up and take it with you when you’re out of here. Many of us have found different ways to cope, to deal, to decompress. Me, personally, I do a lot of biking and then in the winter I officiate junior hockey and different things like that to help distract you from what happened with the call,” Holloway said.

Kristie Buruse has been a dispatcher for over 30 years and is expected to retire later this year.

“There aren’t a lot of people retiring because of the stress of work and the fact that there isn’t a lot of recognition and you know it’s sad but it’s getting better,” a- she declared.

One way to improve is through Critical Incident Stress Management, also known as CISM. Buruse is co-coordinator of the Central UP CISM team.

“CISM started in the late 60s, early 70s on the East Coast. What it became was that the first responders had nothing. When we had a bad call, there was nothing to help them. We were just told – and you heard it – ‘Man up’, ‘stay strong’, ‘everything is fine’. It didn’t work. Suicide rates were skyrocketing and even now they’re still high, because of CISM, a lot of agencies aren’t using it. It’s starting to get a lot better,” Buruse said.

“Our CISM team, the Central UP CISM team, was started, I believe, in the early 90s,” she continued. “Myself and Susan Andary just took over as co-coordinators and we’re doing more training, getting more members and just continuing this legacy that our founders started.”

The team focuses on job retention and stress management for dispatchers, law enforcement, EMS, and other first responders in Marquette and Algiers counties.

“When we have had a serious incident like we have, which we sometimes go to, is right before someone leaves their shift, we go and talk to the people who were actually involved, make sure that are doing well, give them some tips and advice that can help them get through the next two days. Then, in three or four days, we will have a debriefing,” Buruse explained. “Whoever was there will hopefully participate in this debriefing and we’ll talk about what happened. It’s not about what went wrong, or what went right, but of what’s going on in your mind – letting people know what they’re going through pretty much no matter what’s normal and that they need to take care of themselves.

“There is a toll on first responders responding to these types of incidents or situations and that’s to be expected,” he said. “CISM is there to help the process and give us tools to get us back on track and moving forward. It’s not an easy thing to do overnight. It’s a process.

Although their job is not easy, first responders want the public to know that they want you to make that call if you are having difficulty and that they will do their best to get you the help you need.

“Mental health is very important. We have to take care of ourselves, respect our limits and know our limits,” Kinnunen said.

If you have mental health issues and need help, you can call Addiction and Mental Health Services Administration hotline anytime at 1.800.662.4357 to find resources.