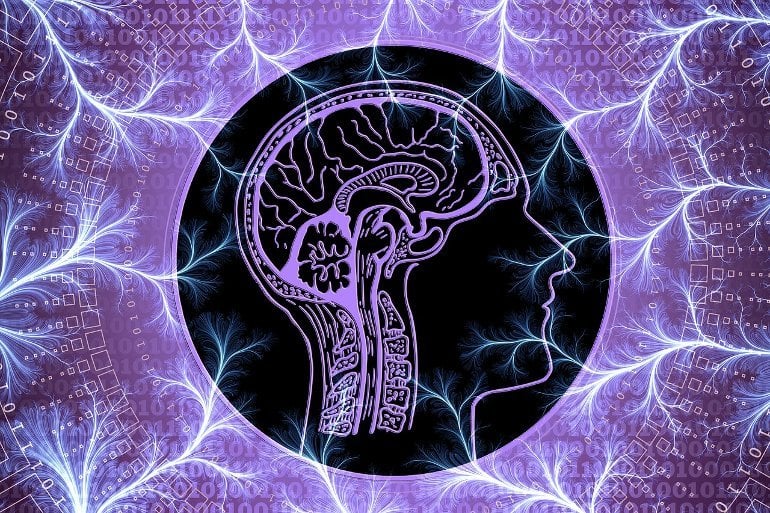 COVID-19 may be primarily a respiratory disease, but its scope extends far beyond the lungs. Since the start of the pandemic, it has become clear to neurologists that the pervasive disease can impact even our most precious organ, the brain.

The neurological and psychiatric complications of COVID-19 are incredibly diverse and sometimes persist long after patients have recovered from their initial infections. Investigating the mechanisms behind the onset of these complications is urgently needed to help people struggling with persistent symptoms, writes Serena Spudich, MD, Gilbert H. Glaser Professor of Neurology, in her “Perspective” article. published in Science January 20.

“Many patients are desperate to get back to normal life, and it’s very frustrating for them that we lack targeted therapies for their conditions,” says Spudich. “Until we understand the pathophysiology, we cannot appropriately guide their treatment.”

For the past two decades, Spudich has studied the effects of HIV on the brain, fascinated by how the tiny virus can have lasting consequences in those infected. Then, 2020 brought the onslaught of a new virus, shortly followed by an increasing number of clinical reports of infected patients also developing brain-related problems.

Working with colleagues at Yale, she has since focused largely on learning about the neurological impacts of SARS-CoV-2.

One aspect of the virus that surprised Spudich a lot is the heterogeneity of symptoms it causes. Even with mild cases, COVID-19 can cause confusion, delirium, drowsiness, poor cognitive function, severe headaches, and uncomfortable skin sensations. In more serious cases, patients suffered complications as serious as strokes.

While researchers initially focused on complications in the acute stage of the disease, as the pandemic progressed they quickly realized that many of these complications could last a long time.

“There are now very many reports of people having persistent symptoms for months. It’s called the ‘long COVID’,” says Spudich. “Often they have had complete resolution of their fevers and breathing problems, but they continue to have problems thinking, concentrating, remembering, or struggling with strange sensations and headaches.”

At the start of the pandemic, researchers were concerned that the neurological symptoms could be attributed to SARS-CoV-2 potentially invading and replicating in brain cells and directly injuring the brain. However, the vast majority of current evidence reveals that this is not the case.

“In our article, we have accumulated evidence that has been systematically studied and summarized how the brain is affected during acute COVID-19,” says Spudich. “We found that most of the research points to damage mediated by the immune system rather than the virus actually entering the brain and killing the cells there.”

Researchers can look for the presence of pathogens in the nervous system by studying cerebrospinal fluid (CSF), the fluid that surrounds our brain and spine. Of the many studies that have been conducted around the world, very few have detected remnants of SARS-CoV-2 in CSF. Additionally, autopsy studies – which can sometimes detect viral fragments in the brain – have also failed to find the remaining particles.

However, even in the absence of a replicating virus, COVID-19 can still contribute to immunological changes. Specifically, studies have found elevated markers of immune activation and inflammation in the CSF and brain that may underlie symptoms. For example, immune cells release certain proteins to fight infection, but these can also have off-target effects that interfere with neurological function.

“We think that in some people who get COVID and have neurological symptoms, the immune system causes changes in the nervous system that eventually make them symptomatic,” says Spudich.

Additionally, scientists believe that some symptoms may be caused by autoimmunity – in which the immune system is activated to fight off an incoming pathogen, but mistakenly recognizes the body’s own cells as targets.

“In these cases, the immune system goes haywire and attacks its own brain cells or peripheral nerve cells, leading to neurological or psychiatric consequences,” she says.

Even more puzzling is the persistence of problems after the acute infection has subsided in patients. Since the presentation of long COVID is very heterogeneous and the clinical tests that patients undergo often return to normal, it is a particularly difficult condition to study.

“Most of these patients hear from their doctors that everything is fine with them,” Spudich says. “The rest of our post focuses on trying to explore what some of the causes of long COVID might be.”

Long COVID can result from persistent neuroinflammation triggered during acute infection, or other types of autoimmunity-related changes. But there is currently a lack of clear evidence supporting either hypothesis. Because long COVID presents in different ways, it will take many different specialists to work together to understand its pathophysiology.

“Part of our article was trying to draw attention to this topic and galvanize more research,” Spudich says.

For many people with long-term COVID, their condition can impair their ability to work and significantly reduce their quality of life. The number of people who have filed for sick leave due to the condition is “staggering”, she says, and further research is essential to help individuals get their lives back.

For example, if research reveals that excessive inflammation or an autoimmune attack in the brain is causing certain long-term neurological symptoms, it would help scientists develop more targeted therapies.

“It’s important that we understand pathophysiology and what we call ‘biological phenotypes’ to help treat people correctly,” she says.

Spudich also thinks more research is needed to understand whether having long COVID predisposes individuals to other problems down the road. There is a lack of data, for example, on whether patients are at higher risk of developing dementia or other neurological consequences.

“We are trying to resolve the situation that people are facing right now, but we also need to stop this whole process that is going on so that there are no longer any long-term consequences for what is happening in the nervous system. “, she says. .

In her lab, Spudich continues to use the tools she’s developed over the years to better understand how HIV affects the brain to unravel the mysteries of SARS-CoV-2. She works closely with several Yale colleagues, including Shelli Farhadian, MD, PhD, assistant professor of medicine (infectious diseases) and neurology, and Lindsay McAlpine, MD, BSc, associate neurology.

By looking at the different cells and proteins that surround the brain and can be measured in CSF, they’re studying how they work differently in people who have had COVID for a long time compared to those who haven’t developed other complications.

They are also using MRI imaging to study structural and functional brain differences between these groups. Spudich hopes their work will not only provide answers for those struggling with the effects of COVID-19, but also shed light on other poorly understood viral infections such as Lyme disease.

“We now have incredible research tools that allow us to study immunology, look for tiny fragments of the virus and observe changes in brain structure or function,” she says. “It will take time, funding, effort and investment, but I am confident we will get answers.”

About this COVID-19 research news

Original research: The findings will appear in Science