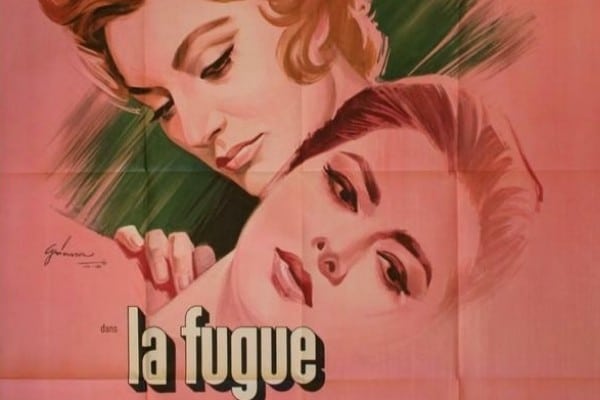 L’female homosexuality it was barely hinted at, yet this ‘detail’ was enough to impose a censorship ban on minors under 18 on the film. It was 1964 and a young and intense Giovanna Ralli (now 87 years old) courageously interpreted the then scandalous role of lesbian, alongside Anouk Aimée, in the film ‘The escape’ by Paolo Spinola.

On the occasion of the Lesbian Visibility Day, April 26it is good to remember how the‘acceptance of female homosexual love has been slow and full of obstacles. Yet there are many homosexual female characters protagonists of world history. Writers, artists, actresses, presenters, women of culture, politics and entertainment who have made their own sexual orientation a workhorse.

Returning to the big screen, in Italy with ‘The escape’ for the first time the theme arrived at the cinema, thanks to a director capable of investigating the female soul, whipping the costumes of a bored and vicious bourgeoisie, addressing unusual themes such as psychoanalysis (using a technician like Professor Bellanova) and daring like thefemale homosexuality, barely mentioned but sufficient for a ban in censorship. In the movie Anouk Aimée (fresh interpreter of ‘8 and a half by Fellini‘) shows off the usual melancholy air of a fatal woman, for the occasion giving life to a fascinating homosexual woman while Giovanna Rallivery good, plays the role of a woman steeped in doubts and indecisions, repressed in her homosexuality, dissatisfied as a daughter, wife and mother.

An unusual rich bourgeois role for her, which up to that point she had only played in parts from vulgar peasant. On May 3, Giovanna Ralli will receive the David di Donatello to career. A career spanning over seventy years, in which he went through a lot of Italian cinema, and also touched the great Hollywood cinema. “You called me Piera Detassis, the president of the Academy of David. And I thought in a moment about my whole life, and especially about my first day at Cinecittà “, the words of the actress who first played the character of a homosexual woman in Italian cinema. “Yes – he smiles Giovanna Ralli – in ‘The escape’ by Paolo Spinola…. She was 1964, and she was a beautiful character, a married woman fascinated by another woman, played by Anouk Aimée. I wanted to do something different, it was a right intuition: I won the Silver Ribbon for that film ”.

The film of the scandal: forbidden to minors under the age of 18

The mission of the Italian Feminist Lesbian Association

“Lesbian Visibility Day has been a symbol of freedom for over three quarters of a century “, explains the post ofItalian Feminist Lesbian Association (www.associazionelesbica.it) which has as its mission the combating discrimination against lesbian, bisexual, trans * and intersex women and LGBT people+, “In order to guarantee equal rights and opportunities in every area and at every level”.
“Traditionally, freedom from oppression, censorship, violence and dictatorship – reads the text -. It is one of the most significant celebrations for our history, but for the history of women it sometimes takes on different shades. That strength, that resilience, that ability to resist and cooperate for freedom have never been abandoned. Seventy-seven years ago, Italy freed itself from Nazi-fascism, leaving behind some of the darkest pages of our political and social history. What it did not get rid of, however, was the system that generation after generation continued to spread a culture that made this kind – and not only – an element of value and a discriminator of the right to self-determination. A system that generally teaches how to conceive women as an object to dispose of, functional to the exchange and care “.

“The liberation from Nazi-Fascism marked our history as a real turnaround, but it was not the same for everyone – continues the message of the Italian Feminist Lesbian Association -. In fact, since then we have continued to be the Resistance. Every day of these 77 years we have fought to gain another inch of freedom from gender-based violence, discrimination, harassment, wage inequality, stereotypes. Every day of these 77 years we have continued to be the Resistance against the patriarchal society that wants us to be silent, modest, modest, docile. Every day we fought for that freedom to have the same weight for everyone, everyone and everything *. And we will continue to do so for the next 77 years if necessary. Happy Lesbian Visibility Day!”Concludes the post, proposing the story of some women who have chosen visibility and self-determination, in spite of the time and the social role that was imposed on them and which we also resume on Luce!

Protagonists of change according to ALFI

Rose Bonheur was born in 1822, remembered as painter of early French Realism, but above all to be a free and self-determined soul. «I wear pants and I find this garment absolutely natural. The Creator has given us all two legs, and I don’t understand why women can’t move more comfortably and at ease. ” Rose absolutely did not respect the aesthetic or social canon required and imposed on the women of her time: she wore short hair, typically male clothing, drank and smoked cigars, painted and studied the anatomy of the animals she loved to paint.

Ellen DeGeneres she is one of the best known and most loved women in western television entertainment. Comic, presenter, actress, producer. In the show since the early 80s, when after the death of his ex-partner he debuted with the monologue Phone Call To God. Forty years later she still makes America smile – and beyond – with The Ellen DeGeneres Show. Ellen was the first woman to come out in prime time on a national network. The revelation, which has remained in history, “Yep, I’m gay“Cost her part of her career.

Gertrude Stein was one of the most incredible personalities of the 20th century. Writer, poet and lover of art and science (he was studying psychology and neurology), he created one of the best known artistic and literary salons in history, which brought together some of the best known artists: from Picasso to Matisse, from Hemingway to Fitzgerald. In a world of male artists, Stein stood out as the most dissonant voice of her time. Critic, adviser, friend, her Parisian living room was a point of reference for every intellectual of the time. But she was also and above all the cradle of a literary production that aimed to deconstruct custom and mix genres. Just as in a cubist painting, Stein explored the principle of literary decomposition. Openly lesbian, she loved Alice B. Toklas for her entire life, with whom she shared a relationship that has remained in her history.