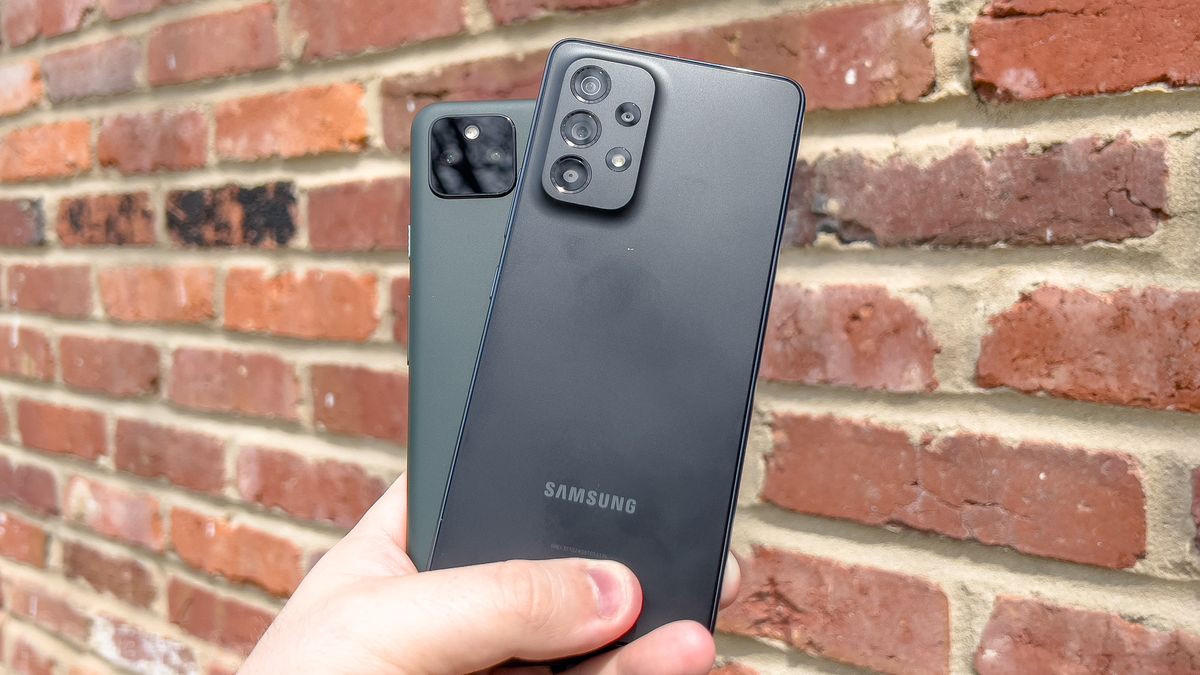 You don’t need me to tell you that your dollars aren’t going as far as they used to. The indices used by economists to measure inflation are rising, translating into higher prices – for gas, for food – and in some cases, for technology.

Even if smartphone prices hold the line, the prospect of spending $799 or more on a flagship device may not be as appealing as it was just a few months ago. (See this piece on food and gas taking up more of your budget.) And that’s a challenge if you need to get a phone in the immediate future, if your current device is showing its age.

You can only put off smartphone purchases for so long. Cell phones are pretty much the main phones these days, connecting you to work, family, and friends. So naturally, if your current device is about to die, finding the money to buy a new model can be a source of unwanted stress.

There is a silver lining to all of this, however. Prices may be up across the board, but mid-range phones have never been so powerful. You can easily find a feature-rich phone for under $500 these days, with the best devices coming from fairly familiar names. And you won’t have to compromise too much to get your own mid-range model at a low price.

Browse our list of best cheap phones, and you’re sure to find devices that sacrifice a lot on features for less cost. But at the top of this list you’ll find a trio of phones that are a cut above the rest – so much so, in fact, that we’d even include them among the best phones globally. And none cost more than $500.

If you’re looking to stretch your phone buying dollar further, these are the models to consider. Here’s a closer look at each, including which is the perfect device and which one I’d recommend to someone buying a phone under $500.

It’s actually hard to recommend the Google Pixel 5a at this point, not because of any noticeable flaws in the phone, but because it’s the one most likely to need replacing. In fact, the successor to the Pixel 5a could debut in a few weeks, if the Pixel 6a the rumors we have heard are to be believed. But more on this phone, at the end of this article.

The Pixel 5a stands out from the other entries below because it’s the best camera phone. You won’t get a telephoto lens – that’s one of the compromises you have to make – but Google includes a main shooter plus an ultra-wide-angle camera. The real star of the show, however, is Google’s prowess in computational photography, which enables features like a killer night mode and the ability to digitally zoom in on your subject without too much noise and blur.

If there’s one knock on the Pixel 5a – other than the fact that another Pixel A Series device is in the works – it’s that the phone doesn’t last very long on a charge. (Unfortunately, that’s a trait many of these lower-cost devices share.) It also has the least powerful processor among this trio of impressive sub-$500 phones, though it handles most day-to-day tasks with poise.

The phone is available for $449 unlocked, but only in the US and Japan. Google’s Google Fi wireless service is the only phone carrier to sell the device.

Why buy the Pixel 5a: You need a phone right now and you want the best cameras in this price range.

Why should you look elsewhere: Better Pixel A phones may be coming soon.

Expensive devices are considered the cost of doing business with Apple, but the iPhone SE (2022) belies this old assumption. At $429, it’s the cheapest phone on this list. And for that money, you also get the most capable mobile processor we’ve tested.

Notice that we didn’t say “best performing processor in this price range”. The iPhone SE (2022) uses the same A15 Bionic chip found in the iPhone 13 range, which means you get flagship performance for $270 less than Apple’s cheapest iPhone 13 model.

The problem with the iPhone SE is that it’s the only significant improvement over the last iPhone SE model (as big an upgrade as the A15 could be). Apple is still using the iPhone 8-influenced design for the SE, which means thick bezels and a single rear camera. Like Google, Apple excels in computational photography, so the iPhone SE produces stellar shots. For some reason, however, Apple still won’t support Night Mode on this model, and the phone doesn’t support Verizon’s mmWave-based 5G installations.

Still, if you want an Apple phone without the inflated price tag, there’s only one place to look.

Why you should get the iPhone SE (2022): You love Apple phones and want iPhone 13-level performance without the associated price tag.

Why should you look elsewhere: You won’t get Verizon’s fastest 5G connections, and the lack of Night mode is quite disappointing.

Samsung’s mid-range Galaxy A phones have seen better word-of-mouth lately as Samsung put more effort into its mid-range devices. the Galaxy A53 is the culmination of these efforts.

Samsung has equipped this phone with an excellent display capable of a 120Hz refresh rate; the Pixel 5a and iPhone SE are stuck at 60Hz. It’s the only phone among those three to offer expandable storage. And Samsung is now promising four years of Android updates, addressing a longstanding complaint about Android phones. It’s not Apple’s support levels, but it’s getting close.

Even the Galaxy A53’s cameras can hold their own against the iPhone and Pixel 5a, although Samsung has recklessly included a superfluous macro lens. The Galaxy A53’s battery life is close to the smartphone average we run in our demanding battery test, which in this category of phones is saying a lot.

Let the decisive word go to our recent Samsung Galaxy A53 vs. Google Pixel 5a head-to-head, in which Samsung’s phone narrowly edged out the budget-priced Google device. With both phones priced at $449, it’s clear to us that Samsung offers just a bit more value.

Why should you buy the Samsung Galaxy A53: It has a 120Hz display, expandable storage, and enough Android software updates to keep you hanging on to the phone for years.

Why should you look elsewhere: Comparable phones take better photos.

The sub-$500 phone you should have…for now

All things being equal, I would recommend anyone looking for the best value phone under $500 the Samsung Galaxy A53. It’s got the best mix of features for the price, and its few flaws — its cameras are only a step or two behind those of other phones, and Apple’s iPhone SE really tops it — aren’t killers. .

iPhone fans will gravitate towards the iPhone SE (2022), as they should, although I wish Apple had added Night mode support to its new budget phone. But if you’re an Android fan or platform agnostic, the Galaxy A53 is the best buy under $500 right now.

“Right now” is a key qualifier, as we may only be weeks away from the Pixel 6a’s debut. This phone is rumored to appear at Google I/O 2022, which kicks off May 11. And the latest Pixel is supposed to introduce some interesting improvements. In addition to Google’s usual stellar work with cameras, even on its budget phone, the Pixel 6a could get the Tensor processor that debuted with the Pixel 6a. Pixel 6 flagship devices last fall, which will mean a slew of AI-powered features. Google could also take steps to improve the battery life of its Pixel A Series phones.

So if you need a sub-$500 phone right now, the Galaxy A53 holds its own. But the answer on which phone to get could be very different by mid-May.