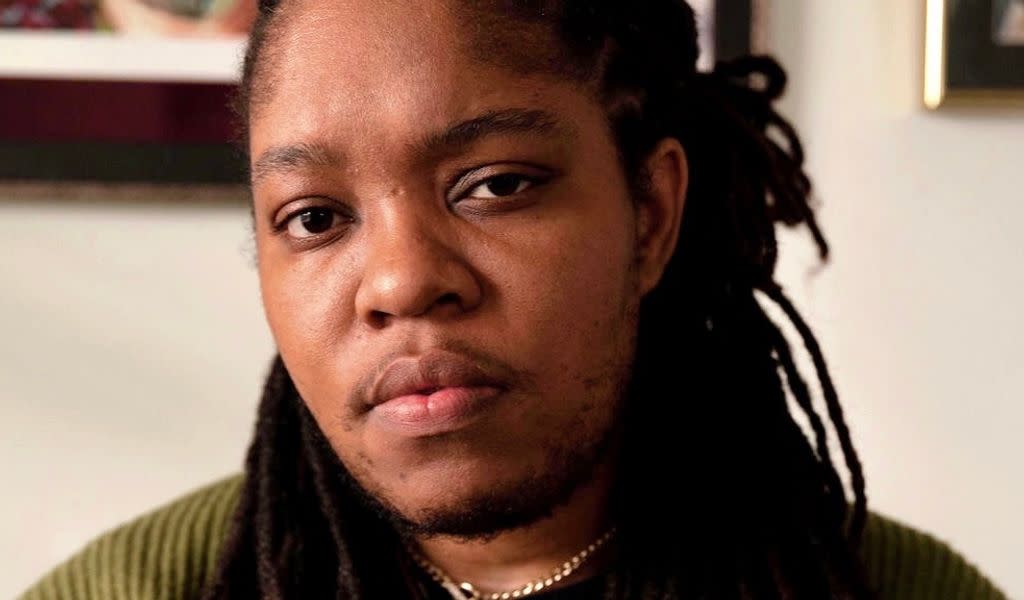 “For a moment I hesitated when I was misinterpreted but said nothing,” writes the author. “Recently, however, I’ve started pushing back: ‘You’ll have to do better’ is my new refrain.” (Photo: Travis Geter)

Lately I’ve been involved in what feels like constant conversations about pronouns. The bad people. The good ones. the prefer as. Hint: This third category is obsolete.

As a non-binary trans person who uses their pronouns as terms of address, I guess I should celebrate this influx of talk about the proper use of pronouns. To be honest, I’m exhausted.

In the six years since coming out, I have witnessed the concept of pronoun inclusiveness shift from fundamentally Martian to highly contested.

At the macro level, pronouns have become a cultural battleground, an email signature pad, a token of justice for organizations that want to rebrand themselves as politically savvy and inclusive. Personally, within many of my closest relationships, the need for non-gendered pronouns when referring to myself in the third person has become a source of deep tension and disappointment.

I’ve lived a relatively transient life, undertaking several moves across the country, and my friends and family are from and currently in a wide range of locations ― big cities, suburban landscapes, and small rural towns ― with orientations various policies. I have always felt lucky to have found love and support in so many different places.

But I feel duped by some of the positive reactions from my friends and loved ones when I first came out as transmask/non-binary. In retrospect, it was easy part. I was the only one to change.

In the years that followed, I discovered that I am constantly competing with my past. For a moment I flinched when I was mistreated, but I said nothing. Then I started giving soft reminders, followed by long openings of understanding. I felt guilty and embarrassed, and I made sure to point out that effort was all that mattered to me.

Lately, however, I’ve started to push back: “You’re going to have to do better” is my new refrain.

“It’s not that easy,” people say. “I’ve known you for so long. I can’t change jobs overnight.

I am bitterly resentful of my former resilient self. Like a ghost, the memory of the previous me hovers above my head, my family and friends looking up longingly, seemingly desperate for a reprieve from my militant current iteration – the me that demands to be precisely named. .

“’They’ is plural,” some say. “That’s ‘incorrect’ English.” Or “What about the facts of human biology?” or “Shouldn’t you also care about my comfort?”

“The world doesn’t revolve around you,” they say. And yet, they insist: “I mean no disrespect. I like You. I accept you. I try. I need more time.”

I find it hard to express what it feels like to be badly gendered. There are dozens of relevant metaphors. A million tiny paper cuts, I decide. Individually, they sting. En masse, they can overwhelm the nervous system. Become infected.

Howeverit’s not for lack of careI feel reassured.

I recently shared a story with a close family member of being abused by a friend’s partner. My friend had defended me, and a falling out between the couple had ensued. I was really discouraged when my parent replied, “Do you realize that you ruined their relationship, didn’t it? I bit my lip and looked away, choosing to change the subject.

While the interaction was hurtful, it also underscored to me that these interactions are not simply slips of the tongue or squabbles over semantics. What is central in these moments is a questioning of personality, not the pronouns.

Sure, my friends and family might espouse progressive political ideologies; they could even intellectually support the idea of ​​my authenticity. But in practice they don’t see that these are the critical moments where my identities are finally affirmed or nullified.

As I reflect more critically on these conversations, I miss the times when I avoided asking the tough questions that clearly cut through the facade of language: Do you believe I have the right to demand respect for my trans identity? Is defending myself, my person, worth losing a relationship? Do you care about me, beyond the ways my presence enhances your life?

I find it hard to express what it feels like to be badly gendered. There are dozens of relevant metaphors. A million tiny paper cuts, I decide. Individually, they sting. En masse, they can overwhelm the nervous system.

The friction resulting from these interactions has had negative consequences in my relationships. I feel withdrawn from the people I love – avoiding interactions that could lead to gender errors and narrowing in conversations that once seemed safe and pleasant.

Conversely, I was told that spending time with me seemed more cumbersome now. I feel the unease some of my dearer counterparts feel about the necessary intentionality that goes into rewiring their perception of me.

In addition to long-standing relationships, new connections are often marked by similar tension regarding my pronouns. Recently, a friend recounted a conversation she had with a friend of hers in anticipation of our upcoming first meeting.

Although I don’t recall ever explicitly setting a maximum quota for sexual misconduct per new acquaintance, she warned her friend with startling precision: “You’ve got about 2 or 3 dates with Kels where they’ll understand this pretty well. error. Beyond that, they are unlikely to pursue a friendship with you.

Appalled, the friend replied, “Wait, you mean if we hung out five times and got on differently and I cheat on them, they won’t want to see me again?”

“That’s ridiculous,” her friend replied. “If that’s true, Kels is going to live a lonely life.”

I took a moment to contemplate his prediction.

Without a doubt, the idea of ​​a reduced community triggers in me the fear of loneliness. So much so that year after year I have accepted half-hearted apologies and nebulous reassurance from people who claim to be deeply invested in my happiness but have been unwilling to work on improving understanding. of my identity and my experience.

It was only recently that I even allowed the idea of ​​separation to permeate my mind. I am a person who needs people. This current emotional arrangement, however – the perpetual promise of future changes – no longer seems tenable.

So, to you new grammar evangelists, fledgling physiologists and free speech activists in my life, I say this: I will no longer fight you over your truth. In fact, you have the right to reject my change requests. Your requests for unattended and unfettered time and space to prepare for ambiguous future growth will be honored. I will be more and more absent.

The thought of having to lose some of the people closest to me, the people who helped make me who I am, is devastating. However, I consider having access to me, my time, and my business as a gift, not a given, to anyone in my sphere. I am clear about my inherent value as a person, despite all the ways society as a whole devalues ​​me.

To be frank, this process of change requires concerted effort. To be more frank, I think trans and non-binary people are worth it.

Do you have a compelling personal story that you would like to see published on HuffPost? Find out what we are looking for here and send us a pitch

This article originally appeared on HuffPost and has been updated.