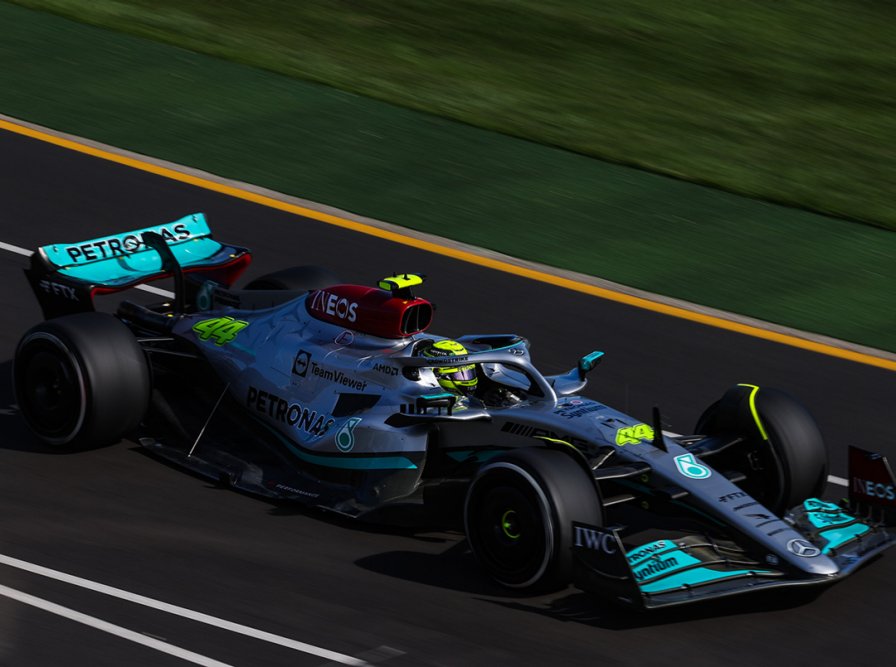 F1 – The GP of Emilia Romagna can be said to have started. The cars have already traveled there with their engines off pit lane to go towards the technical checks of the International Federation. We were therefore able to appreciate the first shots coming from the track and it was possible to verify that, at the moment, the great anticipation on possible developments of the Mercedes W13 it was partially disregarded. The machine is presented, except for apparently marginal modifications, in the Jeddah version with the necessary aerodynamic adjustments to the changed operating context.

Clearly we will have to wait for the first free practice session to understand if this is really the case and if that new fund that we have been hearing about for over a month will not be introduced. The first visible interventions can be appreciated from the photographic comparison produced by colleague Albert Fabrega. It can be seen that the aerodynamics have added profiles to energize thedownwash effect channeling the air downwards. First sign of what could be the development path undertaken by the English team. But we clearly have to wait for further and more complete updates to unbalance ourselves.

Mercedes, therefore, could once again run on defense trying to maximize the package at its disposal. Indications that open to any interpretation come directly from Toto Wolff who, during the presentation of the Italian weekend, recalled how much the results obtained in Australia were more flattering than expected and how insidious Imola could be for a team looking for the right operational compromise to make the bizzosa work Silver Arrow. Let’s read:

“We know we don’t have the pace of Ferrari and Red Bull right now. But we are working hard to reduce their lead and it was great to see everyone in the factories working together to achieve this. There was a lot of hard work over the Easter weekend to improve the car and prepare it for the next race. And this demonstrates the team’s dedication to turning the situation around. Sure, we have to be realistic, it will take some time to get the gains we want, but we are learning as much as possible from each race and finding ways to push forward.“.

“Now let’s look forward to Imola and the first sprint race of the season. It’s a historic, old-fashioned circuit with a challenging layout that the drivers really like. Qualifying is important due to the narrow track, while its overwhelming nature really puts the cars to the test. We can’t wait to see how the 2022 cars take on this track“.

In the first part of his reasoning, Wolff suggests that something new has been tested, but does not make it clear if the debut will actually take place this weekend. The feeling is that Mercedes is operating an incessant – and exhausting – data analysis process that is somewhat reminiscent of what they did in Ferrari when the track-simulator correlation was not optimal.. Which Wolff himself admitted last week is also occurring in Brackley (read here).

The W13 is limited in its performance by a series of interlinked problems. Above all, needless to say, aerodynamic pumping which is driving the English technicians crazy. Russell he was honest when, speaking of Imola, he admitted that he is not the only one porpoising to fuel the nightmares of the reigning world champions: minimum weight and performance of the power unit are other topics on the agenda than in AMG they plan to resolve in the coming weeks. Doing so, clearly, in compliance with technical, sporting and financial regulations that the legislator intended to write in a very stringent manner.

The moment, according to the King’s Lynn pilot, is difficult but not disastrous. What is certain is that the mix of difficulties significantly compromises lap times and race pace. A phase that according to the British should be overcome definitively even if it is not known how long. And here lies one of the crucial questions.

In Mercedes everyone preaches calm but time is running out. Only the work on the set-up and on the understanding of the material is not enough. The W13 is a car that in some specific sections suffers dramatically. Let’s go back to Australia for a moment. In the comparison between Charles Leclerc’s pole time and Lewis Hamilton’s, it can be seen that the Anglo-Caribbean lost more than six tenths in T3 alone. Just over a kilometer in which the Mercedes took up 70% of the total gap on the lap.

The fast corners 9-10 of Albert Park were particularly indigestible in the W13 which, likewise, could suffer in the two variants of the Tambourine which, by conformation, are very reminiscent of the Australian left-right. The first of the Tamburello, made up of bends 2-3-4, offers a left-right-left progression that is faced, in its initial phase, in fifth gear and then develops in acceleration reaching the sixth gear in its final phase.

Mercedes estimates that you can set the fold at around 160 km / h to go out at around 220. Even more demanding for the porpoising of the Silver Arrow is the Second Variant which presents an entry into seventh gear to be traveled at 200 km / h and then forced to swerve violently to the right during a slight braking phase to bring the car into fourth speed at around 170 kilometers per hour.

The T1 could seriously put the gray single-seater in difficulty, which could encounter some further problems at the Piratella which, in addition to presenting a high travel speed (210 km / h in seventh gear), establishes the point where the track begins a pronounced slope towards the Mineral Waters. The words of Lewis Hamilton come to mind who, after qualifying for the Australian GP, ​​explained how pumping makes the car unpredictable.

According to the vertical oscillations, in fact, the car loses load in the ascending phase and gains it in the descending one when the bottom is sealed, reactivating the Venturi effect.. By virtue of these unmanageable phases, there is oversteer (high car at the rear) which suddenly changes into understeer (low car at the rear).

The three aforementioned points of the track, plus the same Mineral Waters which present, at the end of the complex of curves, an important compression where the asphalt returns to rise towards the High variant, could generate many headaches for engineers and pilots if the right compromise is not found. Read the correct setup.

It should also be emphasized that Imola differs in other characteristics compared to Albert Park and Jeddah, namely the slopes that have exacerbated the difficulties of the W13 project. The circuit that was born on the banks of the Santerno does not present extraordinary speed peaks. It is also equipped with only one point DRS (the detection point has been brought forward by about 300 meters compared to the 2021 edition, nda).

This nature should activate aerodynamic pumping to a lesser extent which is the real evil that affixes the creature of James Allison and Mike Elliott. The critical points will be reached at a slower speed with a consequent lower possibility of reaching the undulatory movement.

This speed is a fact to be carefully evaluated. The cars that suffer from aerodynamic pumping are different. Only Red Bull is totally exempt from it, so much so that, as Mattia Binotto reported today, it is the car that produces the most sparks as it manages to stay closest to the ground. Each machine, therefore, undergoes vertical oscillatory movements in a different way. Mercedes begins to “pump” at a high frequency above a certain speed and at a given height of the vehicle. This makes the W13 jump even when cornering, unlike other single-seaters that only bounce on the straight. Which, as happens on the Ferrari F1-75, does not produce deleterious effects.

The Ferrari-owned circuit has another deviant element compared to those on which the first three GPs were held. There are points with higher curbs and therefore demanding for the mechanics. It will be necessary to find the right compromise with the setup shock absorbers. The fact that the Mercedes W13 travels at a higher average height than the competition could be a small advantage as it won’t need to deviate from its usual set-ups.

The Enzo and Dino Ferrari circuitagain, it shows the classic layout “Start and stop”. After the initial difficulties, the Mercedes has significantly improved in braking while in acceleration it produces rather interesting data that put it on the same levels as the Red Bull RB18. In the low-haul sections the car has always managed well, a sign that the grip mechanical is not in question.

From what has been explained, therefore, not necessarily the Imola must necessarily exalt the difficulties that grip the Anglo-German house’s “zero sidepod” project. Perhaps this is also the reason why it was decided to move forward the presentation of the first, full-bodied, evolutionary package called to significantly cut the chronometric delta that divides the car from its more accredited rivals.

Furthermore, the presence of the sprint qualification will reduce the number of hours available to test the innovations that, at what point, we could see between Miami and Barcelona. The W13 remains an open construction site and Imola will tell us if the ongoing process of understanding has put the engineers on the right path.