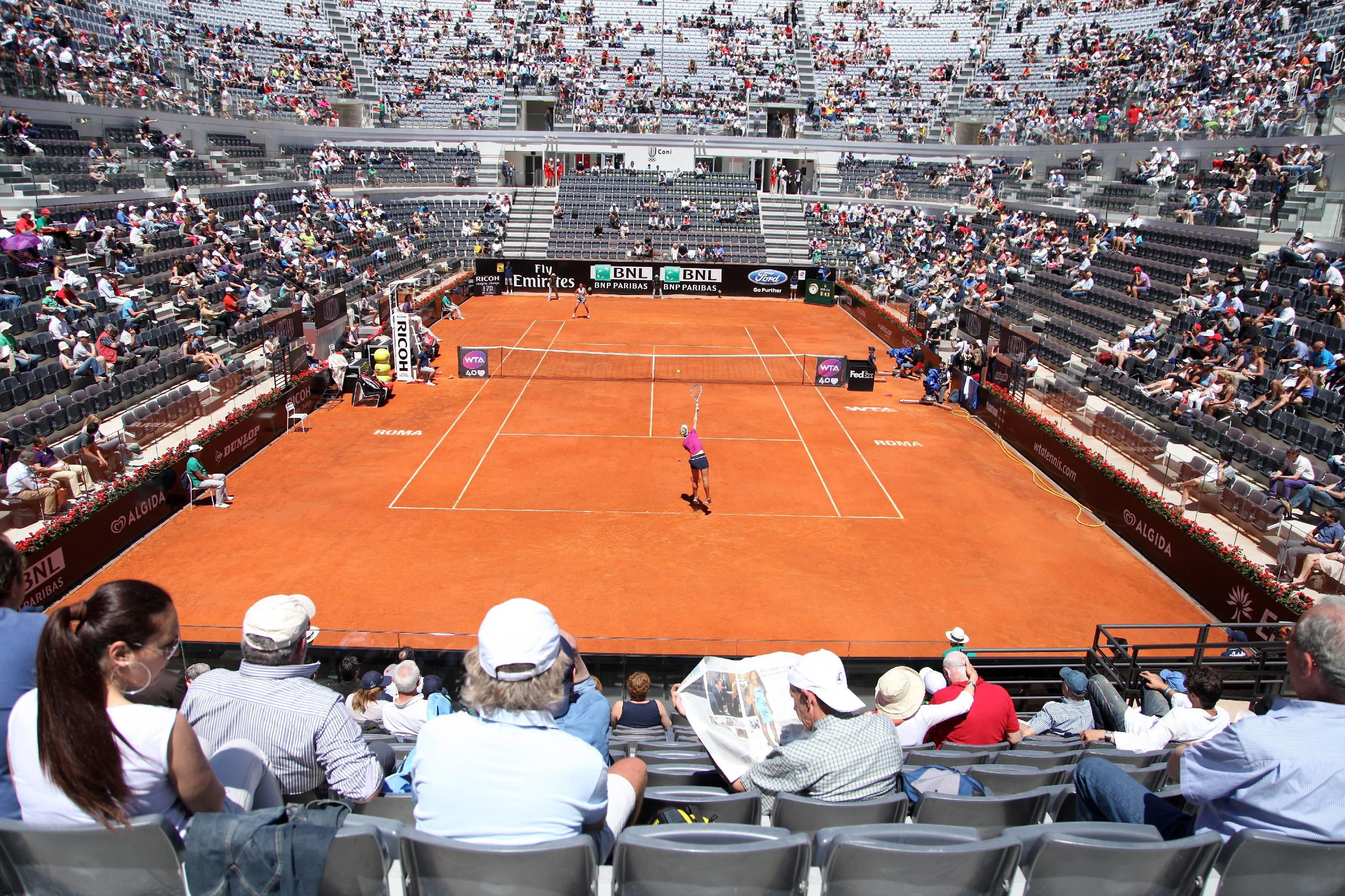 Only a few days to go until the 79th edition of the International BNL of Italy tennis, scheduled in Rome at the Foro Italico from 2 to 15 May next. Tickets on sale for an event that returns to open its doors to the public for the entire capacity and that is going to sell out, for a record 2022 edition and with the possible arrival of the upgrade for 2023 and the closing of the international tender for the roof of the Central. These are some of the innovations announced today in a press conference held at the Olympic Stadium in Rome, which was attended by the President of the Italian Tennis Federation, Angelo Binaghi, the Undersecretary to the Presidency of the Council with responsibility for Sport, Valentina Vezzali, the President and Administrator Sport and Health Delegate, Vito Cozzoli, and the greatest tennis player in the history of Italian tennis, Nicola Pietrangeli, who is also the President of the tournament’s Honorary Committee.

After two years of very severe capacity limitations due to the covid pandemic, during which the tournament has always maintained its presence on the calendar, we back to having a total opening of the accesses, in full compliance with the safety regulations still in force: starting from today the “ground” tickets for the week of the main scoreboards will also be on sale. The response of the fans can already be defined extraordinary, with an 11% improvement in the presale compared to 2019, and with all the conditions to be able to establish the collection record of the event.

“We have passed two years of very strong limitations due to the pandemic. With the help of Sport and Health we have managed to give continuity to the history and tradition of this tournament and today we return to having the peaceful invasion of the public of the past years”, he said. the president of Federtennis, Angelo Binaghi. “To date we have an 11% increase in the presale compared to the record of 2019. Time permitting, therefore, we will beat the historical record of receipts of 2019 equal to 13 million and 256 thousand euros. It will be a return to the future because our tennis is no longer that of 2019 but it is extraordinarily different and has even better future prospects “, added Binaghi.

“The upgrade of the Internazionali? The president of the ATP, Andrea Gaudenzi, has almost reached the finish line. He managed to obtain practically all the authorizations from the stakeholders involved, only one relating to TV rights remains: we cross our fingers because two more times we were one step away from obtaining it but now it seems to have been done. The limit for 2023 is represented by Roland Garros, we hope to be able to make this announcement soon, already during the Internationals, to celebrate a goal that we have been chasing for decades and I believe that the Italian players deserve “.

“The coverage of the Centrale? It goes beyond tennis, it makes itself available to the citizens. The competition has restarted, the first 33 projects presented have been scrutinized, there are 7 left and the project will be chosen by July which will have to be the most respectful of the Foro Italico area and this means added value for Rome, we want an increasingly suggestive city of sport “, added the president and CEO of Sport and Health Vito Cozzoli.

While the undersecretary Valentina Vezzali said she was “honored that Rome and Italy can host one of the most important tournaments on the world scene in which the best players and the best players meet. My attention is also paid to the final stages of the pre- qualifications the week before the main draw, it is there that the many members will be able to start cultivating their dreams. I am grateful to Fit and to president Binaghi for the work they are doing. Alongside the most important tournament, an opportunity for growth is offered to many boys and girls The 2022 edition of the greatest Italian tournament also marks the return to normal after the pandemic and tennis was one of the sports that responded best. The internationals have recovered full capacity and I am sure that the warmth of the public will not be lacking “.

To date, eight of the top ten players in the ATP rankings and all the top ten in the WTA rankings confirmed their participation in the tournament, starting with the number one in the world, Novak Djokovic (Serbia) and Iga Swiatek (Poland). Among the blues they will be admitted by right to the main draw Jannik Sinner, Lorenzo Sonego, Fabio Fognini and, among women, Camila Giorgi, fresh from the victory against France in the Billie Jean King Cup. The Wild Cards in altitude at the Fit will be assigned on the basis of the scheme already applied in previous years, which takes into account the ranking and age of the players. They have been chosen to directly access the women’s draw Jasmine Paolini, Lucia Bronzetti and Elisabetta Cocciaretto, the latter recovering from a serious injury. The male “main draw” will access directly Lorenzo Musetti and Flavio Cobolli while the other two wild cards will be assigned to the finalists of the pre-qualifiers, with the latter being used to determine the wild cards for the qualifiers.

The matches of the main scoreboards will be divided into two sessions, one day and one evening, which will be limited to the Central Court. The start will be at 11 on all fields. On the Centrale, judged by tennis players and professionals as the stadium with the best visibility in the world, the evening session will begin at 7 pm: a male and a female match will be on the pitch. On the Grand Stand Arena, the program will offer a “long session” (five matches a day starting at 11 am) which will offer fans a very long and first-rate menu. Semifinals and finals will be played on the Central. The Pietrangeli Stadium will be open to all holders of the ground ticket: from Monday 9 to Thursday 12 May. Five singles matches between men’s and women’s matches are scheduled. Four matches are scheduled for Friday 13 May, including three valid for the quarter-finals of the women’s draw.

In total, the Foro Italico has 14 clay courts, of which 8 for singles and doubles matches and the other 6 for training, increasingly attractive to the general public.. The training schedule will be available on the big screens of the Forum, on the official website and on the tournament app. To purchase tickets and season tickets, simply connect to the dedicated website (https://ticketing.internazionalibnlditalia.com/) and follow the instructions. Maximum coverage even on TV. The men’s tournament will be visible entirely on Sky, and, moreover, one ATP match per day will be broadcast in free and live by the Mediaset channels (Italia 1 and Canale 20) and a second Atp match in the evening from SuperTennis. The TV channel of Fit, holder of the WTA rights, will broadcast in full free-to-air and live the matches of the women’s tournament for the 14th consecutive year.