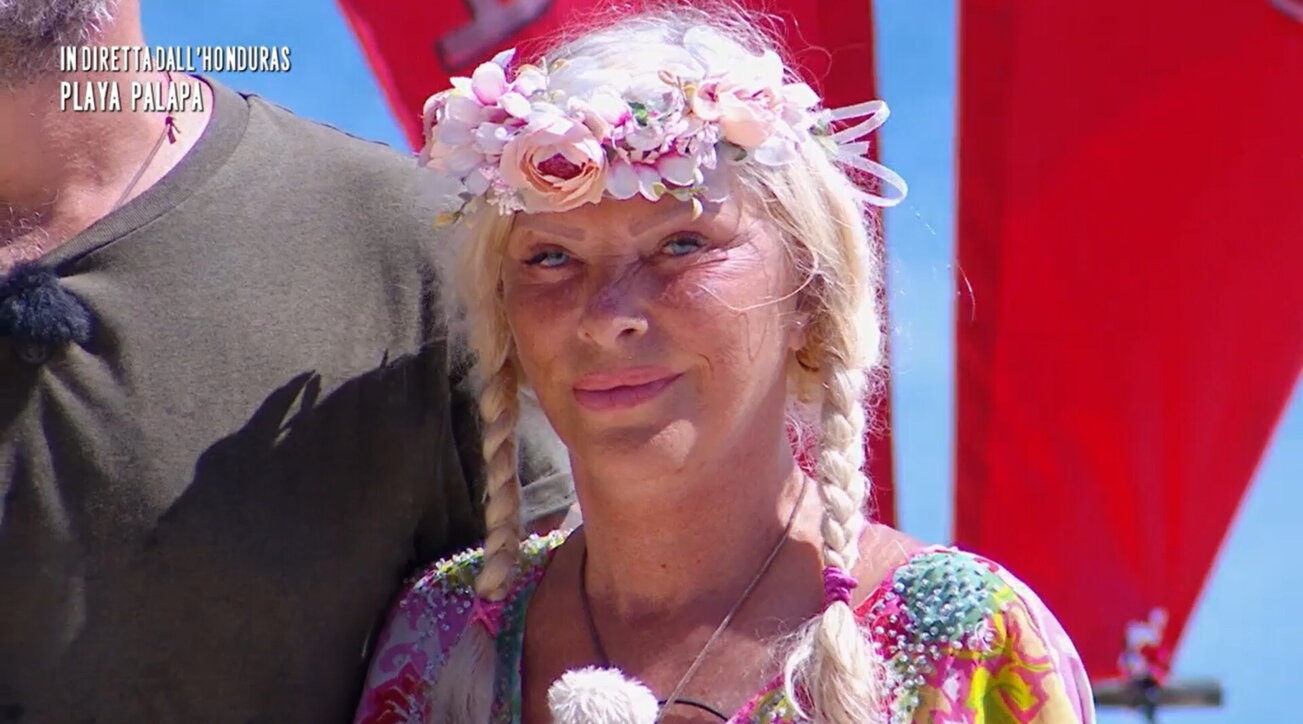 Although the tribes of the island have been dissolved, the divisions within the group are still strong, indeed, in some cases they have intensified. In particular, the latest nominations have left strong rusts between Edoardo and Blind on one side and Ilona and Nicolas on the other. Ilary immediately confronts Edoardo and Blind. Tavassi rejects the accusation of being dominated by Guendalina and replies by telling him that he was plagiarized by Jeremias who convinced him that to emerge in reality shows you have to fight. In addition, he accuses him of having convinced Roger that he made him win in order to be leader and appoint Edoardo. The boy remains of the idea of ​​him on the Gwendolyn question. In the end they stick with their idea. Then it’s up to Ilona and Nicolas to confront each other. Staller, accused of doing nothing, starts in the fourth by saying she is “pissed off” and then gives Vaporidis a “repent!”. And Nicolas is really repentant: he apologizes for the words used and for the tones, even if he reiterates that in his opinion Ilona could have done something more than she did.

– After the comparisons, the televoting is closed and it’s time to find out what the public from home has decided. Going to Playa Sgamada is Ilona Staller who once again has to leave the Palapa. Before leaving, Ilona gives her Judas kiss to Nicolas.

THE DECISION OF BLIND

– Blind, as a leader, is faced with a difficult choice. He has to name two castaways that he would like to eliminate. He names Guendalina and Licia. And if Tavassi takes it almost philosophically, Nunez, accused of “having isolated herself”, responds by giving Blind a “cazzaro”. The two nominees will be able to save themselves by challenging two other castaways to the test of “The Vitruvian Man”. Guendalina challenges Marco Cucolo while Licia challenges Nicolas. Whoever loses will go straight to the nomination.

– The first two to compete are Guendalina and Marco. The two resist for just over two minutes after which Marco has to let go and falls into the water: Guenda is safe while Marco goes to the nomination. The second heat sees Licia and Nicolas as protagonists. The two hold up for up to two minutes and 45 seconds when, with the platforms tilted at 30 degrees, Licia has to let go and ends up in the water. She is the one to go to nomination while Nicolas is saved.

– The group is divided between Marco who spends all his time sleeping and Clemente who constantly talks about his Laura. And so Lory has to navigate between these two poles. Ilary asks Clemente how important it is for him to see Laura again rather than go on in reality without risking nominations. He replies “50 and 50”. In any case, he is invited to get on a boat for an unknown destination …

– With the reunion of the castaways in a single group, there is someone who just cannot re-establish ties with others: it is Guendalina, who sees the former members of the Tiburon still today as enemies. Her combative attitude leads her to criticism even from her closest companions, to the point that she goes so far as to say that there is a third team: “La Guendalinacha: it’s just me but I’m scared of everyone”. One of the reasons for discussion is coffee, which the former Tiburons, who had won it, hardly share. Upon direct request from Guendalina Ilary confirms that coffee is now everyone’s common heritage. Gwendolyn is rewarded by talking to her boyfriend.

– Carmen is in trouble because even once the groups were brought together her son Alessandro didn’t want to sleep next to her. She suspects that someone is fomenting the boy but he confirms that his is simply a desire to assert his own independence.

PROOF OF LOVE FOR CLEMENTE

– Russo will have to face a very risky test for him: if he passes it he will be able to continue the reality show together with his beloved Laura, if he loses he will go to a flash televoting with the risk of returning to Italy immediately. Clemente arrives on the beach where Alvin and Laura are waiting for him. Clemente will have to stand a minute and a half with his arms outstretched holding a two-kilo sandbag. Even if with some suffering at the end, Clemente passes the test and hugs Laura again, officially returning to the game.

THE DIFFICULTIES OF ALESSANDRO

– In the last episode Alessandro burst into tears because she misses her sister. Now the boy and Carmen are called into the nomination zone to speak. For them there is a surprise, a video message from Carmelina who also sent the boy a headband with the words “win for me”.

ANOTHER DECISION FOR BLIND

– The boy missed his girlfriend Greta but also her father, Marcello, who for him is a sort of father and brother. In the last episode he asked to be able to speak with Marcello. Ilary tells him that he has duties and honors as a leader: he tells him to raise a cloche under which there are 11 skewers of meat, one for each of his companions. He will have to decide whether to feed his companions or be able to talk to his girlfriend Greta. The boy is very torn … but in the end he chooses to be selfish and opts for the video. But now he will have to go back to Palapa with the skewers explaining to his companions that he has decided not to let them eat. Someone applauds, someone appears a little more disappointed but generally the choice of Blind is understood.

A LOVE FOR EDOARDO AND ALESSANDRO

– The two continue to complain of not having a love and then “the spirit of the island” wants to try to give him one … Mercedes Henger will arrive on the island who said that her ideal man has Alexander’s sensitivity and sympathy by Edoardo. But they will have to keep the secret.

– It is a sensory test which Carmen and Marco will undergo. They will have to recognize their mates by touching a part of their body. If Marco wins the men will eat, if Carmen wins the women will win. It starts with Carmen’s legs, Guendalina is caught: Di Pietro recognizes her thanks to an anklet. We move on to Marco who will have to touch Laura’s belly: and he too goes without fail. We return to Carmen who will have to touch Alessandro’s face: even if she guesses with some uncertainty. Marco has to touch his back and Blind is extracted: guessed this too and so the proof is equal and everyone can enjoy themselves with ice cold beer and pizza.

– While Ilona reaches Marco and Lory on Playa Sgamada on Playa Palapa it is time for the leader test. The three most voted by the castaways will compete. It is almost a plebiscite for Laura, while some votes go to Blind. We need a third competitor, Laura who chooses Roger must do it. The three then compete in the “Honduran Snake 2.0”: they have to crawl on their stomachs, with their hands tied behind their backs, pushing a ball with their head at the bottom of a path that sees a passage in a tub full of mud. Laura wins by posting. The victory, however, is questioned because Laura has done a few meters on her knees and not crawling, which is contrary to the regulation. The replay confirms and then the victory is awarded to Roger.

THE EMOTION OF MARCO

– Cucolo is called to the nomination area where he talks about his relationship with Lory. The two have been separated for a while and he misses his partner more and more. He then recounts how difficult it was at the beginning of their relationship when he felt the weight of prejudice from people who thought he was just looking for notoriety.

– Roger, as leader, decides that Alessandro, Carmen and Licia will have to make clear nominations. Alessandro begins appointing Nick, as does Carmen while Licia appoints Blind. Licia’s nomination and her accusations against some members of the group spark new discussions. However, we move on to the secret nominations. Nicolas starts voting Blind. It is then up to Estefania who names Guendalina. Clemente chooses Nicolas, Guendalina appoints Blind while Laura chooses Guendalina. Tavassi also receives the vote from Blind, while Edoardo appoints Estefania as well as Nick. Marco closes and votes Guendalina. Tavassi is thus added to Licia and Marco, already nominated.