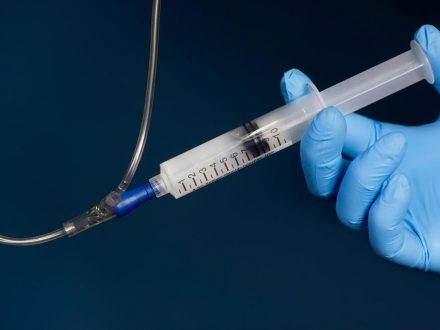 There is a lack of standardized practice and national guidance to support flushing technique following administration of intravenous medicines. This article summarises new guidelines on post infusion flushing

There is a lack of standardized practice and national guidance to support flushing technique after administration of intravenous medicines. To help healthcare organizations review their practice and procedures to tackle underdosing due to non-flushing, the National Infusion and Vascular Access Society has updated its guidance on post-infusion flushing. This article summarises its key recommendations.

Hospitalized adults commonly need intravenous (IV) fluid therapy to prevent or correct problems with their fluid and / or electrolyte status, so assessing and managing patients’ fluid and electrolyte needs is fundamental to good patient care (National Institute for Health and Care Excellence, 2017 ). As NICE (2017) states: “Although mismanagement of fluid therapy is rarely reported as being responsible for patient harm, it is likely that as many as one in five patients on IV fluids and electrolytes suffer complications or morbidity due to their inappropriate administration.”

Unless flushing is undertaken after infusion, residual drugs can occur in the ‘dead space’ in infusion sets, causing underdosing in small-volume infusions of <250mL (National Infusion and Vascular Access Society, 2021). This underdosing can be “a problem for patient safety and effectiveness of the therapy, especially for those drugs where dosage is adjusted to body weight” (Plagge et al, 2010). Furthermore, if an unflushed infusion set is then used to administer other infusions, it risks the bolus effect (rapid injection or push administration of the medicine) or incompatibilities between the residual medicine and other infusions (NIVAS, 2021).

Despite these risks, NIVAS (2021) indicates that “in clinical practice, flushing IV infusion sets in adult patients is rare, with the exception of administration of chemotherapy in oncology”. A study in one teaching hospital showed that 74% of administration sets were not flushed, and non-flushing occurred in> 90% of gravity infusions and 61% of pump infusions in all areas except oncology, which was the only area where flushing was standard practice (Harding et al, 2020). The same study showed that antibiotics were commonly infused and up to 21% of each antibiotic dose was often discarded.

One problem is a lack of national guidance, standardization or evidence to support flushing technique (NIVAS, 2021). To help address the under-recognized problem of underdosing due to non-flushing, NIVAS has updated its guidance online flushing to help healthcare organizations review their practice and procedures, and develop local policies to minimize the risks of underdosing.

The NIVAS (2021) guidance gives practitioners and organizations an overview of residual medicine volumes in infusion sets, along with best-practice recommendations for flushing based on the available evidence and expert consensus. The guidance should be used in conjunction with local medicines policy and NICE guidance on IV fluid therapy for hospitalized adults (NICE, 2017). The NIVAS updated guidance is summarized below.

It is important to avoid reusing infusion-giving sets for different medicine solutions if the solutions are not compatible. Infusion sets can be used continuously for multiple fluid infusions such as sodium chloride 0.9%, following local policy.

There are several infusion methods and the potential impact of flushing / lack of flushing depends on the dead space of the infusion-giving set used and the volume of the infusion. IV infusion sets administering large-volume medicine infusions (≥250ml) or hydration fluids do not need flushing as the proportion of medicine remaining in the set will be relatively small.

Injecting directly into the peripheral venous access does not require an infusion set and the cannula should be flushed before and after administering the IV medicine, according to local policy.

When using a syringe pump, an IV extension tube connects the patient’s venous access device to the syringe. Syringe infusion sets hold around 2ml of solution, depending on the type and length of the tube, and the set used.

This method is used for medicines that need to be administered at a slower rate than via syringe injection (for example, certain antibiotics). It allows fast dilution into the bloodstream and reduces the risk of chemical phlebitis (inflammatory response). Medicine is added to the bag or available as a ready-to-administer infusion, and the bag is connected to the vascular access device via an infusion set with a needle-free connector.

Once the bag is empty, the infusion set and tubing will still contain around 20-30ml of medicine, depending on the type / length of tube and administration method used (gravity or pump). This residual volume is likely to be more clinically significant for small infusions of ≤100ml and, in particular, 50ml bags (Harding et al, 2020).

A total medicine dose administered over a set time period is prescribed (for example, 2g ceftriaxone over 30 minutes) and flushing directions depend on how the infusion has been administered:

Central venous access device. If possible, aspirate the device contents after discarding the infusion set, then flush with 0.9% sodium chloride.

Peripheral IV cannula. This is used, for example, to administer strong sedatives or anaesthetics. Discard the infusion set and flush the cannula at the same rate as the administration of the infused medicine; this will help avoid a bolus effect.

Infusions administered from a bag

The flushing method depends on whether there are one or two ports on the IV infusion set. To avoid the risk of fluid overload, take care to minimize the volume of fluid used for flushing in patients who receive multiple daily infusions or are fluid restricted.

When a one-port IV infusion set is used, flush the set using a 100ml or 50ml bag of 0.9% sodium chloride or equivalent compatible fluid. At least 20ml is usually required to administer the residual medicine; it should be infused at the same rate as the original medicine and disconnected on reaching the required flush volume. The additional port on a two-port IV infusion set allows the infusion chamber to be filled with diluent from a syringe or bag of fluid; as such, the residual medicine in the tubing can administered at the same rate as the previous infusion.

Once the cannula has been cleared of IV drugs, a push – pause technique should be used to flush the device to avoid blood reflux at the distal indwelling end, as this can cause occlusion.

Ensuring the flushing or subsequent infusion rate is the same as that of infusion of the medicine avoids inadvertent push (rapid) administration of medicine from the dead space in an infusion set. The NIVAS (2021) guidance points to an incident reported to the National Reporting and Learning System in which a bag of Hartmann’s solution infused faster than a previous infusion of potassium chloride in 0.9% sodium chloride, causing the patient to receive an unintended push of the residual potassium solution.

There is a risk of unintended push administration from residual anesthetic or sedative medicines left in the lumens of vascular access devices after surgery and other procedures. A warning patient safety alert – NHS England (2014) – required local system review and, if required, an action plan to prevent such incidents occurring after surgery or other procedures requiring anesthetic.

Recommended procedures to prevent patients returning to wards / units with cannulas or IV lines in place containing residual drugs include prompts in documentation and at patient handover in the procedural area to confirm that all cannulas and IV lines that may contain residual drugs have been fully flushed or removed (NHS Improvement, 2017).

Line flushing is needed to prevent medicine loss after IV fluid therapy but is rarely standard practice. Post-infusion flushing is required for small-volume infusions to ensure patient safety and therapy effectiveness. Accidental push dosing can occur if the correct flushing technique is not used.

NHS Improvement (2017) Confirming Removal or Flushing of Lines and Cannulae After Procedures. NHSI.