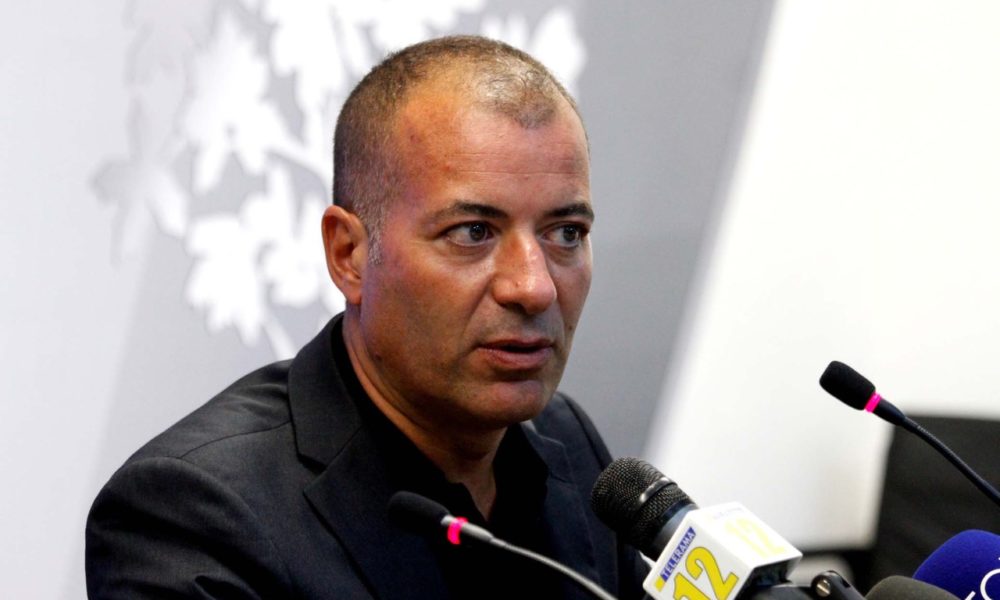 Lecce’s number 1 speaks at a press conference. The statements live from the Via del Mare stadium.

Good morning from the press room of the Via del Mare Stadium. We are awaiting the arrival of President Saverio Sticchi Damiani who has called a meeting with journalists.

“We are on the eve of a date that we would have given anything to be able to live. We started behind formations that had invested much more resources in the summer, but instead we are the masters of our destiny. We managers, partners, players, coaches and an audience that has allowed us to fill the gap with those who have built more ambitious and well-equipped teams are experiencing a match with a climate of crazy, incredible enthusiasm. The response of an extraordinary Salento, made up of over a million Salentines scattered all over the world, is amazing. 25 thousand will be at the Via del Mare, but the push will be universal. This is a territory with a unique sense of belonging. I am really impressed by the response of the 25,000 who will be supporting the team on Monday, and so are the coaches and the team because even in Serie A it is difficult to find such answers. That’s why we think we deserve the A, in addition to the great work done on the pitch ”.

“The team, in fact, was impressed and knows how important this milestone is for the people. We can assure you that the boys will give everything on the pitch and will sweat the shirt because they care so much “.

“I’ll tell you an anecdote. For years in the shirt we had the phrase ‘If you support Lecce, you support Lecce and that’s it’. Then the storekeeper Fasano pointed out that this was a phrase for the fans, instead we wanted one for the players so we thought of ‘Honor the shirt’. I think they did it throughout the championship, beyond a couple of bad performances. I expect these players to have great careers, but the joy that a championship victory in Lecce can give is unparalleled, they will carry it for life. There is nothing more beautiful, so we have to translate everything into positive energy to get the great result “.

“In these days many things have been said, of all kinds. Serie A would give strength and energy to the Lecce project, and I also tell you that this time we would arrive structured, with a team made up of 23 owned players, young, of quality and without redundancies, in fact a masterpiece by Corvino and Trinchera. In recent years the heavy Serie A contracts as well as some mistakes made by players and coaches of this management. I think of the contracts of Paganini, Pisacane, Corini, but thanks to the work of the club we have a strong group whose costs are real. We have a base that would be a great starting point for an A that should clearly have some ready, quality grafts. Maybe we wouldn’t ask Pantaleo to go to Iceland, but to more certain markets ”.

“At the same time we will be able to implement a policy of reducing and eliminating liabilities, which are very normal and common liabilities throughout the world of football. They have emerged in these two years and mainly caused by Covid which forced us to travel alone for two years. We dragged on heavy contracts, this led us to work overtime, both as a technical area and as partners “.

“We have been running the club for 7 years, in the first 5 we did not have a debt of one euro. In the last two they have surfaced, but that’s no surprise. At the beginning of the season I had a press conference on purpose, a conference that some did not like but that was right to do. The club immediately started a recovery strategy, certainly not from today, so everything was already known ”.

“Let’s talk about concrete things, they are debts towards our bank which at the end of the year are extinguished by themselves because they are offset by credits. Then there are others that are guaranteed by the efforts of the partners and we talk about all of them because we are all financing partners, there are none of fuckers. In these two years, each for his shares, has guaranteed for the liabilities that have been recorded. For some time now, that strategy has begun to recover, restart after the end of the Covid period. Our goal is not to pretend that these liabilities don’t exist as others do ”.

“How you do it? By eliminating waste, in the first year of A we wasted a lot. Last year we still suffered the aftermath of Serie A and now we have eliminated them. Today we would be in June without waste, we are structured to go to A because this squad would cost in the top league as much as 4-5 players of our last A. We have prepared everything according to this, an extraordinary job has been done. It is the only way to be sustainable “.

“There are the parachute conspirators who say we want to go to A and then take the parachute. They do not understand that going down immediately you get 17 million, if you save yourself a year you get 40, two 50 and three 60, and so on. So the objective is very clear as well as what is convenient “.

“In summary, the strategy is very clear, that is to rebalance everything by removing the redundancies, build a solid base with a squad of ownership to try to go to Serie A and try to stay there, as well as expand the company base to a couple of new members. There has already been a novelty with the entry of Barbetta, I am not ruling out a new important novelty in this sense in the short term “.

“It was right to clarify because the field objectives and the corporate objectives go hand in hand. It was right to underline some aspects, to reiterate the health of the club. But now there is an important goal that is dictated by the great possibility of going to Serie A and to do so there is a fundamental match, which is a great opportunity, like the one with Pisa. It is important to focus on that. Now we have to go back to talking about passion, the goal of climbing coincides with the company objectives, then everyone is free to be happier for the promotion or for the reorganization “.

“The match in Reggio makes me very sorry too, especially for the thousands of fans who arrived on Easter Monday. I always identify with the difficulties of the fan. The team played an insufficient game which, with a dirty episode, could however go in one direction or the other. When I said it last time they didn’t like it, but the truth is that in this B 17-18 teams have built a team to win. We lost to a Reggina who I don’t think had built a team to save herself, just look at their names. They are teams that if you play undertone you lose. But then we are playing Lecce-Pisa while they rejoice in the satisfaction of having beaten us. However, they are opponents for whom it is not enough to look at the ranking which often does not reflect values ​​and expenses “.

“I came here to free everyone’s mind, clarify and not give room for misunderstandings.”

“The morning of Monza-Lecce I spoke to the team making the same speech I made to the press, saying to be calm because the work done was extraordinary. Young people have to face the wait also with the pleasure of enjoying such an energetic and enthusiastic Via del Mare. It cannot be a reason for negativity or pleasure, there are players who would give who knows what to play in this match with this shirt “.

“In society the climate is serene, only a month ago De Picciotto expressed his satisfaction in the newspaper. The BoD is in a prorogatio regime after the entry of the new shareholder. The speech of the representation of Dr. De Picciotto in the Board of Directors has been postponed for this reason, after which we will see in the future with the new developments of renewal of the Board if he wants to be represented by someone. However, there is great harmony in the project “.

The press conference with Lecce number 1 Saverio Sticchi Damiani as protagonist has ended.