Many things have changed since the old days of the mac vs pc debate. Windows laptops aren’t the crisp, oversized devices they used to be.

But with the launch of the M1 family of chips, especially in the latest MacBook Pro, Apple has again taken the lead. Clearly, these more efficient chips delivered impressive performance, especially considering how quiet these laptops are. But even beyond that, we’ve identified three key areas where Windows laptops are struggling to compete with MacBooks in 2022.

Battery life is at the top of our list. Since Apple’s M1 chips are heavily optimized and modified specifically for macOS, this is an area where Windows PCs need to improve significantly. MacBooks always seem to have better battery life than Windows PCs, and that’s something that really needs to change.

You can buy a laptop like the Razer Blade 14, which we called the best gaming system, but only offers eight hours of battery life for web browsing. Even newer machines with Intel’s 12th Gen P-series chips that don’t have a dedicated GPU, like the Yoga 9i, don’t get the best battery. It lasted nine hours in our web browsing tests.

Finally, when we tested it, the MSI Z17 Creator, which we think has the potential to be a MacBook killer, lasted just 4.5 hours in web browsing tests. Compared to the 16-inch MacBook Pro with the M1 Max, that’s downright pitiful. You can get plenty of processing power out of these Intel systems, but the power doesn’t last long when unplugged from the wall.

Those battery life numbers are all a far cry from what we got when we tested the MacBook Pro 13 M1. It lasted 16 hours for web browsing, and the Macbook Air M1lasted 15.5 hours.

On the Windows front, the best battery life comes from laptops powered by Qualcomm’s Snapdragon processors. These always-connected machines are powered by an ARM-based SoC, like Apple’s latest systems, so they enjoy better battery life than laptops with Intel chips. Take the ThinkPad X13s for example.

Unfortunately, however, application emulation holds these machines back for most people over MacBooks. And, on other laptops with Intel processors meant to challenge MacBooks, factors like OLED displays, touchscreens, power-hungry Intel H-class processors, and Nvidia GPUs come into play and also impact important on battery life.

It’s a shame to see Windows PCs struggle so badly, and I really hope that the next wave of processors from Intel can solve this problem.

Next on the list are speakers. With the rise of teleconferencing and working from home, speakers have become much more important in a laptop. You want a system that performs well but sounds just as good. Apple’s latest MacBook Pros have fantastic speakers, and Windows systems need to catch up on every level, not just on the premium side.

With Windows PCs, the speakers are hit and miss. If you pay the extra penny, you might get a system with a decent speaker setup, but most laptops aren’t quite as fancy. Take the LG Gram 17 or the Asus Vivobook Flip 14, which have, for example, downward-firing speakers. This makes it sound incredibly muffled, which can be frustrating after shelling out so much money for a laptop.

But some laptop manufacturers are trying to change that. A system like HP Elite Dragonfly Max is different. It has four Bang & Olufsen speakers. It’s two pull-ups on either side of the keyboard and two pull-downs on the bottom of the case. Even so, we didn’t find them as good as the MacBook.

There are also the new speakers on the Surface Laptop Studio or the XPS-17. The Studio has a four-speaker setup – two under the keyboard and two subwoofers on the sides of the laptop. The XPS 17 features a quad-speaker setup with Waves Nx 3D audio.

On the 16-inch and 14-inch MacBook Pro, there’s a six-speaker high-fidelity audio system that includes two tweeters and four woofers. In our tests, we got deep bass and high levels, and found that it sounded even better than the Bluetooth speakers. There’s even support for spatial audio.

I really wish these excellent speakers were standard on all Windows laptops. It’s great to see laptop manufacturers delivering premium sound experiences on high-end devices, but it needs to become the norm. Much like how 720p webcams no longer cut it, good speakers shouldn’t be a second thought.

One of the best things about MacBooks is the included apps. You get FaceTime and iMessage, which both sync with your iPhone. Then there is also iMovie or GarageBand, which can be used for music and video editing. Then there’s the iWork app suite, which doesn’t cost more like Microsoft Office does. It’s this included software that makes a huge difference for most people in the Mac vs. PC debate, and this is where PCs need to catch up.

I say this despite the fact that Windows 11 laptops come with a lot of awesome apps. You get Phone Link, which can bring your Android phone and PC closer together. There are also widgets, weather, news and other system apps pre-installed by Microsoft. But Macs are always better if you have an iPhone in your pocket, and always will be.

If you have an iPhone and want to see your text messages, photos, or video calls on your PC, you’re out of luck. Phone Link does not support it. For now, Windows PCs only work well with Android phones. If Microsoft and its partners want some of Apple’s Macs, they need to tap into the walled garden and find a way to make iPhones work with Phone Link.

And it’s not like it’s not possible. Dell lets you do these things on XPS and select other systems with Dell Mobile Connect, so I’m sure there are workarounds Microsoft can use.

The last part of this touches on video editing. All new Windows 11 PCs have a built-in free inbox app and a video editor known as Clipchamp. This is a fairly basic web experience for quick videos, but not comprehensive enough for longer projects like podcasts or featured movies. It also only exports in 1080p on the free tier.

I would really like to see Microsoft build on this and focus on coding a full-featured video editor for Windows PCs, just like iMovie. Creatives often turn to Macs for these kinds of reasons, and it’s a shame there isn’t a free iMovie competitor on Windows to entice people into buying PCs. Just as exploiting iPhones could help sell more PCs, so too would creating an iMovie-like app.

And it’s not like there aren’t any PCs that aren’t ready for video editing. Intel’s new 12th generation H and P series chips are more than capable of this. These chips have new performance and efficiency cores that come close to the M1 in terms of plugged-in performance. Take a look at our review of the Asus ROG Flow Z13 for example or upcoming laptops like the Lenovo Slim 7i Pro Xwhich combine Intel’s H-series chips with Nvidia GPUs.

PCs are still good and getting better

Despite all this, PCs are still better than Macs in many ways and sometimes take inspiration from them. For example, PCs have better 16:10 aspect ratio displays, first released by Apple. PCs also support touch and OLED technologies or even on-screen haptics with a stylus. Inspired by the MacBook Pro, PCs now also feature haptic touchpads, like on the Surface Laptop Studio. Not to mention the new wave of 1080p webcams that are now becoming the norm. 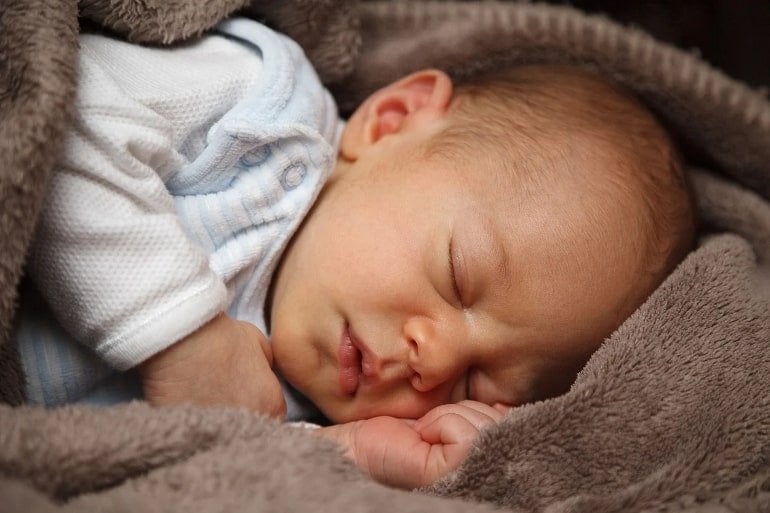 Dwelling robots are right here, however they nonetheless cannot do a lot 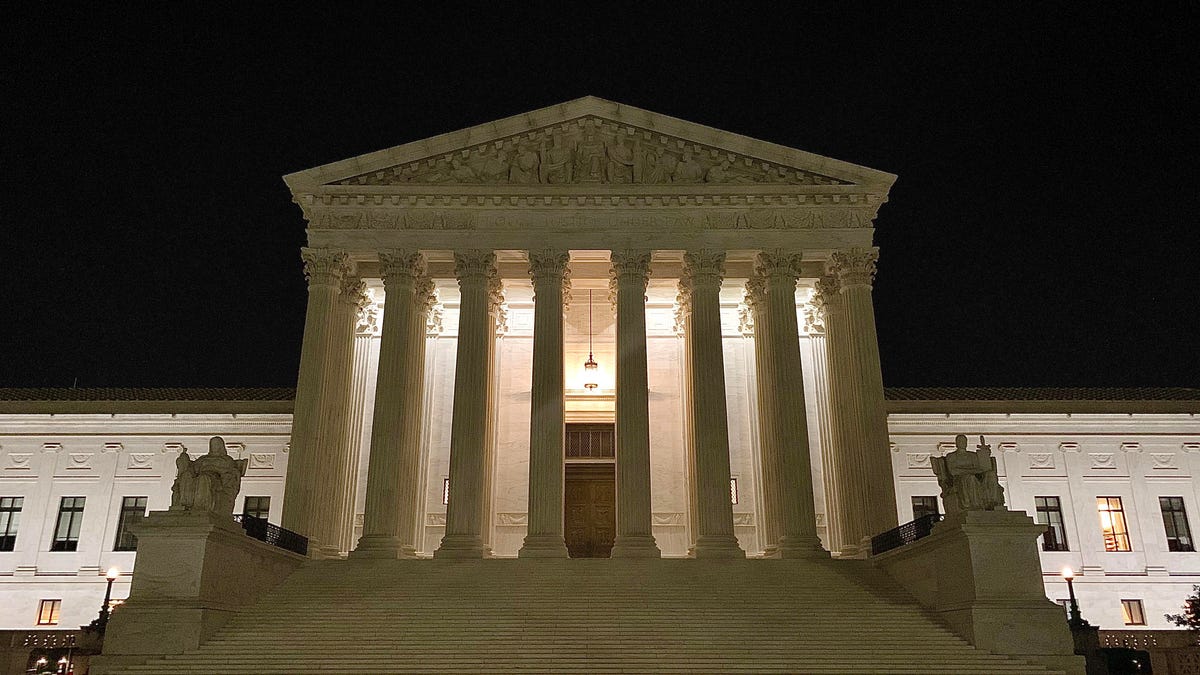