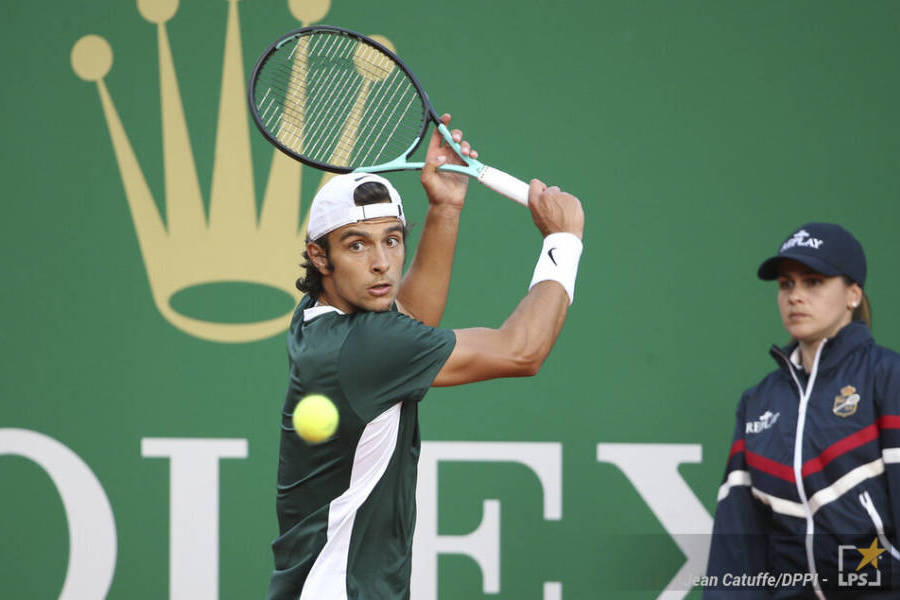 MUSETTI MATCH POSTPONED DUE TO RAIN

18:04 MATCH OFFICIALLY POSTPONED TO TOMORROW. All singles matches not started have been permanently removed from the program, the organization will try to finish Tsitsipas-Ivashka from 19:00 (they are at 5-1) to align everything in the third round. Two matches in one day for everyone are inevitable tomorrow. All that remains, therefore, is to give all OA Sport readers the appointment for tomorrow, when the sun will certainly be on Barcelona (the problems will return on Saturday).

17:38 No significant news, the only one is that Ruusuvuori-Ruud was moved to Nadal, Kodes and 2 (Musetti’s field) at 18:30, situation totally unchanged.

5:07 PM Musetti and Schwartzman will not start before 5:30 PM. Much of the programming changes: Ruusuvuori-Ruud at 18:00 on Nadal, Tsitsipas-Ivashka (from 5-1 Tsitsipas) and Sonego-Carreno Busta on Kodes, Musetti-Schwartzman and Tiafoe-Auger-Aliassime on 2. Kodes and 2 start at 17:30 quoted. These are the only singles matches still scheduled today, all the others postponed until tomorrow.

16:56 On the field named after Rafael Nadal (who is absent this year), it starts at 17:00, to understand if this also applies to field 2.

16:31 At this point, we just have to update ourselves when Musetti and Schwartzman really take the field, assuming they can.

16:28 Dimitrov manages to close 6-4 in the third on Coria, the Bulgarian goes to the third round. At this point it remains to be understood when Tsitsipas will take the field on the central, and if he will. Among other things, after Dimitrov-Coria there would be Sonego-Carreno Busta.

16:25 Instead, they are trying to finish Dimitrov and Coria, unique in the field together with the double on field 3.

16:22 Nothing to do. The two players are currently off the pitch, although it seems more like a request from Schwartzman than anything else, as Musetti was particularly annoyed by the idea of ​​having to wait again.

16:21 Enter the tournament supervisor, the famous Frenchman Cedric Mourier, who first talks to Schwartzman, then goes to talk to Musetti.

16:20 Paradox of paradoxes, on the field named after Jan Kodes we play and Dimitrov is 5-3 in the third set over Coria. Tsitsipas and Ivashka have not started again.

16:19 Schwartzman waits with an annoyed face and body totally reclining on the chair, Musetti does not betray particular emotions.

16:16 Musetti and Schwartzman are invited to wait, they are still on the pitch, but for now they do not start and remain under their respective umbrellas.

16:15 The chair judge comes down to check if there are any problems with the lines in terms of slipperiness on court 2.

16:12 There are still a few drops of rain, but traditionally on red it is also possible to play in this condition.

16:09 It is clearly very cold in Barcelona, ​​considering the times.

16:06 Here we are! Musetti and Schwartzman are doing the warm-up dribble.

16:00 It is no longer raining, now they are trying to put all the fields back in order. We may finally be close to starting!

Our all best efforts 🛠

The court maintenance team of the @ rctb1899 work hard to get the courts in perfects conditions.

15:35 As Luca Fiorino of SuperTennis reports, there is a decrease in the rain in progress. Land is being placed where there are puddles of water. The start would be at 16:00.

14:49 The ATP reports that there is no departure before 16:00. According to a testimony, however, the weather situation is such that the scenario indicated below could occur, with Musetti and Schwartzman who would therefore end up postponed to tomorrow regardless of the end of the rain. For now they remain in the program.

14:38 Further delay, 15:30. The problem, however, is that the fields have not been covered, with imaginable consequences.

12:04 It doesn’t start before 13:00, however Musetti and Schwartzman, in case, will take the field not on the field named after Jan Kodes, but on 2.

11:25 This is the situation in Barcelona, ​​a lot of water is falling. Officially, it does not start again before 12 noon.

11:00 The weather forecast is not expected to improve until 17:00. A very long wait is expected.

10:24 Good morning to all OA Sport readers. Due to the expected and incessant rain on Barcelona, ​​the start of Musetti-Schwartzman has been postponed for at least half an hour, therefore from 11:30. The impression, however, is that he will go on with the postponements for a long time.

LIVE LIVE FROM FOGNINI-BEDENE FROM 11.00

Hello everyone, and welcome (hopefully) to LIVE LIVE of the third round match of the ATP 500 tournament in Barcelona that pits Lorenzo Musetti and Argentine Diego Schwartzman, just a week ago, opponents in the same phase at the Masters 1000 in Montecarlo .

“Hopefully” is, more than anything else, a phrase that has to do with the weather. On Barcelona, ​​in fact, a consistent fall of water is expected from the first morning, and yesterday’s program, in its final part, was already damaged. Long waits in the locker room could be expected, and the problem seems destined to recur on Saturday.

Speaking of the match as such, Musetti gets there well, as he has not yet lost a set despite having been involved in all those played, both against the Argentine Sebastian Baez than against the British Daniel Evans. Schwartzman, for his part, made his debut directly in the second round, but on the red the American Mackenzie McDonald it is very little and the logical consequence is 6-2 6-2.

The winner will touch one of the American Frances Tiafoe and the Canadian Felix Auger-Aliassime. More generally, we are in the part of the board where the Norwegian is Casper Ruudas well as Lorenzo Sonego who will (eventually) be engaged later with Spanish Pablo Carreno Busta.

The match between Lorenzo Musetti and Diego Schwartzman, if the rain allows it, will start at 11:00 with live TV on Sky Sport Uno, Sky Sport Tennis and SuperTennis. Have fun with OA Sport LIVE LIVE!