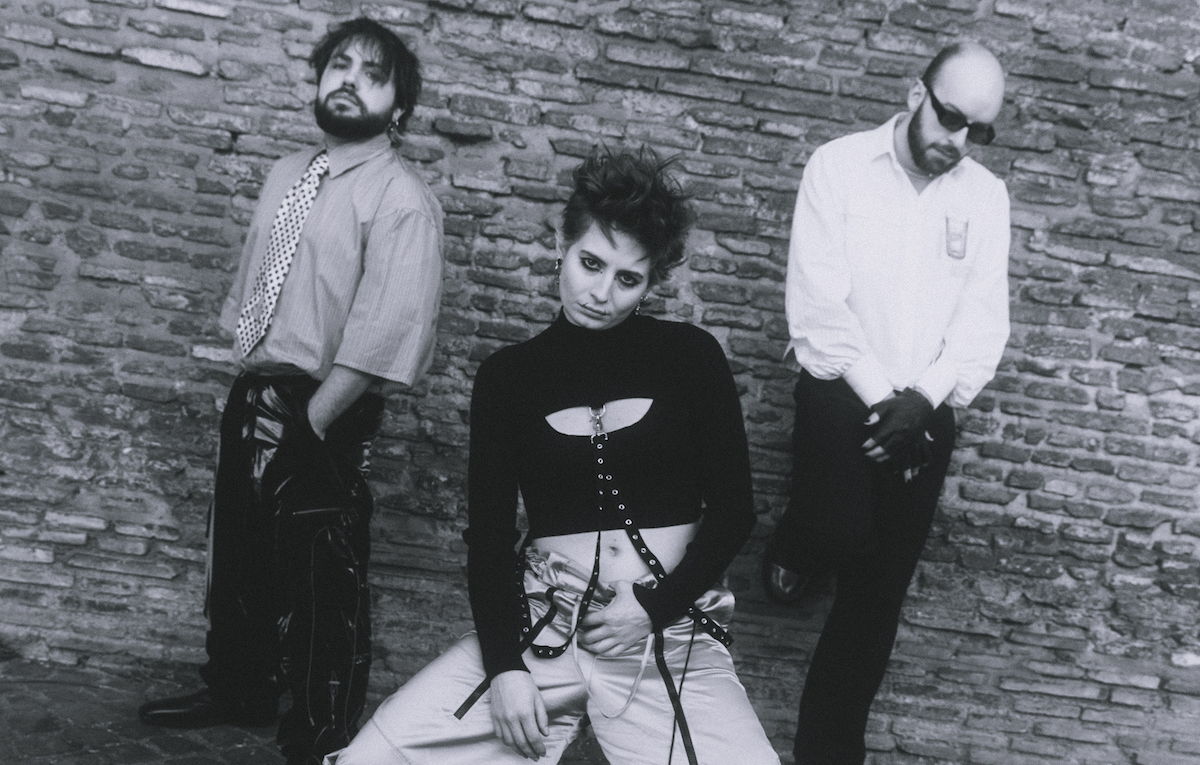 The first X Factor at the time of the pandemic saw the Melancholia between the competing bands. Loved by Manuel Agnelli, when they were killed by Hell Raton a mess happened. Now, the experience is archived and with the EP What Are You Afraid of behind, they returned with Sleep Mode, a recording project full of dark and electronic atmospheres in the full style of the band. On 7 May the tour will start from Perugia with the final on 29 in Milan. It is an opportunity to take stock of the situation with Benedetta, the frontwoman.

Why an EP and not an album?
We are focused on making singles, one after the other, which maybe will fit on a CD. We are going to collect many more songs, opting for a middle ground, with a duration of a quarter of an hour and very usable. Anticipate a trilogy or more chapters that, put together, can explain a story diluted over time, in more interesting ways, not just through music.

Why the title Sleep Mode?
We often found ourselves talking, in front of a chamomile tea, about our dreams and nightmares. We thought it was interesting to treat the dream world in a personal way, with the voice of people talking about their sleep mode. Despite the pandemic, we never stopped: we did X Factor, played in summer lives, doing 22 dates. To save ourselves we decided to express ourselves as much as possible, keeping us in motion at least with the brain which, even in rest mode, does not stop.

The pieces are pretty dark. Mirror of the times?
We have been gloomy since we were born. We have infused sadness. The pandemic has only had a major impact on our mood, which is always black. I hope that everyone is looking for a way to vent this evil, we have found it, we hold it tight and we do not stop playing.

Don’t you see a glimmer of light?
The hope of the light is the only reason we keep living. The more we express ourselves the more the mood bleaches. We live to play. There is nothing else occupying our minds.

The song that represents the project?
Difficult to say. Our recording project evolves and develops as it grows, touching the world with hand, which by influencing us makes us change our face. Not defining yourself is a plus. But in the EP there are sides of the same coin, important to us. Among all, the one that best embodies what we like is What’s the Point: it has different facets and summarizes our spirit and our way of making music.

AX Factor you have made a bang and caused a lot of hype. After what happened?
Many realities that hurt us have moved away from us and opportunities have come up that are doing us good. We had the opportunity to create a crew with whom we work in the right way, taking a path that is not that of the phenomenon that makes you go up and then down, like that of X Factor. In talent you have a lot of visibility and then you feel yourself falling. We do not want to fall and we keep close to people with whom we can strike up a long-term conversation. This is why we made an EP: it is not a single meal, but the course of a long dinner.

What were the realities that hurt you?
I talk about it with difficulty. X Factor was a dissociation from my body and my spirit. We are not a band that fits in a racing car. We must be the car that runs. Feeling inside a mechanism that grinds and you have to grind with others is not our way of understanding music. We are fine with taking our car along the road with the people following us. If we upgrade the machine by not aligning it, without changes, then at that point we can be part of the game and break it.

So it was the X Factor that hurt you.
Yes, we can say that, but out of our habit. Between us and Little Pieces of Marmelade we were the ones who had less to do with the program, this aspect we particularly suffered.

But if you do a TV show like that, you kind of expect to be inside a racing car.
It was not a surprise, the car was big and we did everything to keep up, I don’t think we felt any discomfort. We were there for our own purpose.

Which?
Find a way to play. We worked hard and got involved.

Once the expectations, including economic ones, have been disregarded or not?
Economically we want to make a living from music and we believe that this is our job, but we know that emerging artists cannot earn who knows how much. We didn’t imagine going on a tour, given Covid. There were people who wanted to get on our train, who even got eight dates in a row. We would like to make ourselves known on a larger scale, even abroad. We expect it and we want to achieve the goal.

What didn’t come true instead?
An incredible contract did not come. Because it doesn’t work like that. It is the moment when you feel that you have been picked up, carried up and then thrown to the ground. You feel that the contracts in place are interrupted, that the people with whom you could have established a relationship no longer answer you. It is in the normality of things. X Factor creates the kind of phenomenon we don’t like to be.

Sony puts all of the talent’s competitors under contract.
Yes exactly. A contract linked to them is signed and there are rewards. Our first EP was the prize: it wasn’t supposed to come out, but it came out while X Factor was still in progress, thanks to that extension and with Sony distribution, but then they sent us the termination letter.

And you?
It hurt us, on the spot. We wanted to continue to be inside something that could give us more. We said to ourselves «Ok, now let’s get to work», we started again, but not from scratch. From scratch it was in 2015, when we met. We looked at each other and understood how we were and how we are. And it was more important than a letter saying they didn’t want to work with us anymore.

Agnelli have you heard this more?
We broke off relations a bit: he is concentrating on the Little Pieces of Marmelade. We hear from Rodrigo D’Erasmo every now and then. We sent him the latest EP and he complimented us. We met them for dinner, we were together one evening, but then working speaking we didn’t continue to collaborate.

Another disappointment, then?
Working with people like them is a huge opportunity, but for what we’re doing I don’t know if they would have invested in us.

But he was angry when they eliminated you.
X Factor is a match and everyone tries to protect his team as much as possible. I still can’t see that episode again …

Why?
It was a bit sad, it was all very strange, it’s a game we lost, but it doesn’t affect us so much that we don’t want to see anyone again. We have had a lot of visibility as a reward. Without X Factor we would not have reached certain environments.

Did you clear up with Hell Raton?
Never heard of again, just like hardly anyone from X Factor. We are in contact only with the stylist Veronica, with Fabrizio Ferraguzzo and Emma. There was no clarification from Manuelito. It was his choice. If he wants to tell us something we are always here.

And would you do a duet with him?
Why not, if you want I could also write something about that evening in which we looked very intensely in the eyes.

Did he hold the gaze?
When I went to sing in front of him he said something that, on the spot, made me angry but then I thought that maybe there was something I hadn’t understood.

Ah.
I still can’t understand it.

Did you feel teased?
No, X Factor is a game, like Risiko.

Gaia did the X Factor and then, not winning, she tried the Amici card, where she triumphed. You?
We do not believe we are led to that path. The feeling of falling leaves us breathless. We will never sign up for another talent again. I am very, very sure of this. It’s not a failure, but is it like bingeing, binging and then not being hungry anymore?

Would you go to Sanremo?
We are thinking about it. We have to reach a mentality that can also reach this point, go further.

Singing in Italian, though.
Yes, but I know that 80% of the text must be in Italian and I want to put that 20% in English.

Have you seen it this year?
Yes, I had also printed my report cards. I loved The Representative of Lista and Ditonellapiaga with Rector.

Why?
For the song itself and I found it repetitive in the pieces brought to Sanremo. I found the piece redundant, I would have exploited the gospel choir in another way. It could really be a beautiful thing. I expected it would amaze, but it failed.

And what about the evergreens?
As soon as I saw Morandi I thought he had more than any other insight. You see the experience on stage. He has incredible performer appeal. If at 77 I jumped like him, I would still feel like a winner.

After all this time, after the disappointments and the restarts, how do you feel?
Three shitty kids who try in every way, with very high elbows, to try something dangerous, but who really want to do too much. Without letting our guard down, with conviction, the sadness that distinguishes us and the desire to run, play and break the stages.