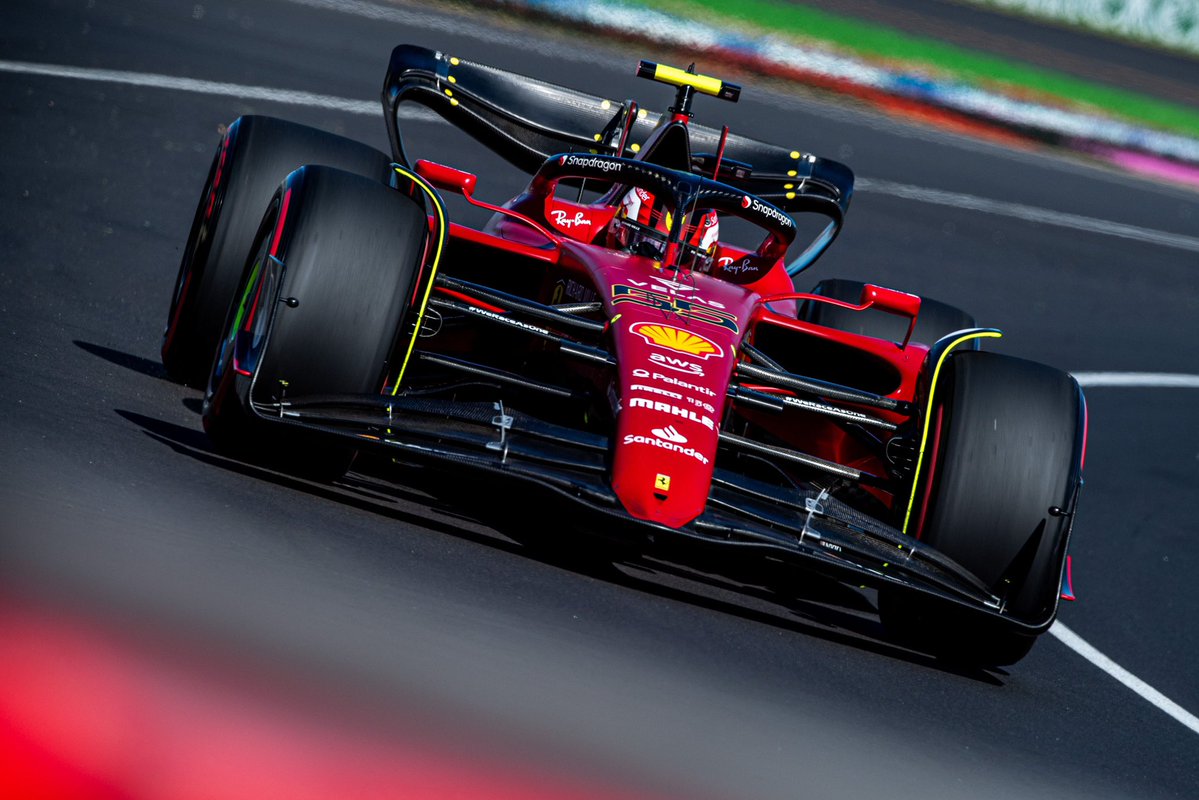 F1. There season 2022 it is the year characterized by the greatest aerodynamic revolution since 1982. The design philosophy on which these cars were built has changed radically. Most of the downforce is now generated by theVenturi effect.

The diffuser has been enlarged in its dimensions to increase the downforce at the rear and to work in synergy with the bottom of the car. Both ailerons have been revised in design, with a simplified airfoil. THE bargeboards at the entrance to the side bellies, highly elaborate micro-aerodynamic works have been eliminated. After nine years the beam-wing with double airfoil under the rear wing to increase the aerodynamic load generated by the rear.

The rims have been increased in size from 13 to 18 inches. Finally, the new biofuel was introduced E10, a blend of 90% fossil fuels and 10% ethanol, which resulted in an estimated initial power loss of around 20hp. The minimum weight has increased from 752 kg to 795 kilograms.

Various innovations of the new generation of F1 which represented a multitude of new design challenges but also new technical problems to be solved. One of the critical issues that emerged with the new generation of single-seaters is that relating to the phenomenon of porpoising. The aerodynamic pumping occurs on the straights or in the curvilinear sections to be covered in full, as it is denoted in theAlbert Park Circuit from turn 8 to turn 9. In these circumstances it can be seen how the car jumps frequently due to the fact that there is a continuous detachment of the fluid vein from the bottom of the car, which leads to oscillations which affect the whole car.

This occurs when the vertical load progressively increases on the car’s F1due to the aerodynamic forces of the forces generated, to the point that the passage of air under the bottom is thinned to such an extent as to cause the element to stall.

The phenomenon of aerodynamic pumping was particularly evident on some cars, such as the Mercedes. Others have never been particularly subject to it, McLarenwhile Alpine And Ferrari they are working hard on the modeling of the fund in order to mitigate it more and more until it is completely extinguished or almost with targeted updates that are proving to be efficient and valid in this sense.

However, for the Stuttgart manufacturer this technical aspect is representing a significant problem, given that it is still clearly visible on the cars of Lewis Hamilton And George Russell. There W13 E Performance is plagued by this chronic presence of the porpoising which is limiting its technical and performance potential. The area in which the greatest aerodynamic upgrades have come in order to mitigate this phenomenon is that of the bottom placed before the rear tires.

This area of ​​a car’s F1 represents a crucial point for downforce generation. With the difference in air pressure between the two flaps (upper and lower), a full-bodied vortex is created in this nerve center of the car, which must be channeled in order to mitigate the aerodynamic decompensation that occurs. For this reason, to limit it, new bottom specifications have been developed by various teams with longitudinal appendages raised in front of the rear tires in order to avoid that the effect of that full-bodied vortex brings the very low air pressure, which is generated. due to the high rotation, to an excessive lowering of the bottom of the car.

On the occasion of the inaugural stage of the season F1 2022the Mercedes had tested a new type of bottom in the PL1 on the single-seater of Hamilton. The new specification provided for an undulation of a few centimeters in width to obtain a lower or higher bottom in the different points of the aerodynamic surface.

The goal was to modify the flow of air that flows underneath the car and ‘escapes’ due to the large difference in air pressure between the upper and lower flaps of the bottom itself. The bottom without undulation in that specific area was subjected to an excessive deflection directly proportional to the increase in the vertical load to which the car is subjected.

In addition to the vertical excursion of the suspension elements at the rear, the general lowering of the bottom is further extended. This causes the flow of passage of the area to become thinner to the point that an aerodynamic detachment occurs which leads to hopping on the straights. This type of bottom, updated in the central section for aerodynamic technical reasons, was discarded.

There Mercedes has returned to the previous solution emphasizing that, if it were to solve the technical problem of the porpoising without modifying the original bottom design, it could extract the maximum aerodynamic potential from the entire car body. Intervening directly on the bottom would change the aerodynamic philosophy on which the W13 E Performance. For this reason, the Stuttgart engineers do not want to overturn the design of the bottom of the F1 to mitigate the aerodynamic pumping. The German manufacturer is looking for alternatives.

On the occasion of the GP of Saudi Arabia there Mercedes tested a new rear wing. By virtue of the fact that the Jeddah Corniche Circuit both a track that requires aerodynamic efficiency, therefore the right aerodynamic balance between load generated in the curve and low aerodynamic drag at forward motion, a new rear wing has been brought with the presence of the Gurney’s flap.

With less vertical load applied to the single-seater, the phenomenon of porpoising it is less noticeable since there is less force applied which causes the car to jump less markedly. In addition to the search for aerodynamic balance, the Mercedes is working on the set-ups, specifically on the calibration of the suspension elements to have a higher ground clearance so that less porpoising.

For this reason on the W13 E Performance in Australiathird stage of the vintage F1 2022, 1.7 kilograms of sensors were applied. A higher ground clearance partially attenuates the porpoisingeven if in the left-right chicane Waite of curves 9-10 of Melbourneit is noted how Hamilton And Russell were subject to a continuous change in the height of the ground in the distance, 240 km / h, with a consequent variation in the downforce generated by the single-seater and in the transfer of the load between the two axles in the change of direction.

There Mercedes it would therefore seem not to want to overturn the project of the W13 E Performance to work around the porpoising revolutionizing the bottom of the car, but rather looking for alternative solutions with a careful study in the wind tunnel. There Ferrariinstead, it has almost solved the problem of porpoising thanks to the new fund brought in Bahrainwhich provided excellent aerodynamic and performance feedback, directing future developments on this technical specification.

The section of the bottom placed in front of the rear axle, the one where the greatest vertical load is generated but also turbulence due to the rolling of the rear tire, of the tires has been cut to have less flexion and better management of the full-bodied vortex created by the disparity of air pressure.

There F1-75 is still partly afflicted by the porpoising as it is denoted atAlbert Park Circuitbut the technicians of the Scuderia di Maranello have found the key to the problem from this point of view without upsetting the design philosophy of the F.1-75which instead fears the Mercedes with the W13 E Performance.

With targeted upgrade aerodynamic on the bottom of the car over the course of the season the aerodynamic pumping should constantly decrease until it disappears. In this sense the Ferrari F1-75 it will be able to further lower the ground clearance of the single-seater, also softening the suspension elements, intervening on the geometry of the suspension so as to create further downforce from the car body.