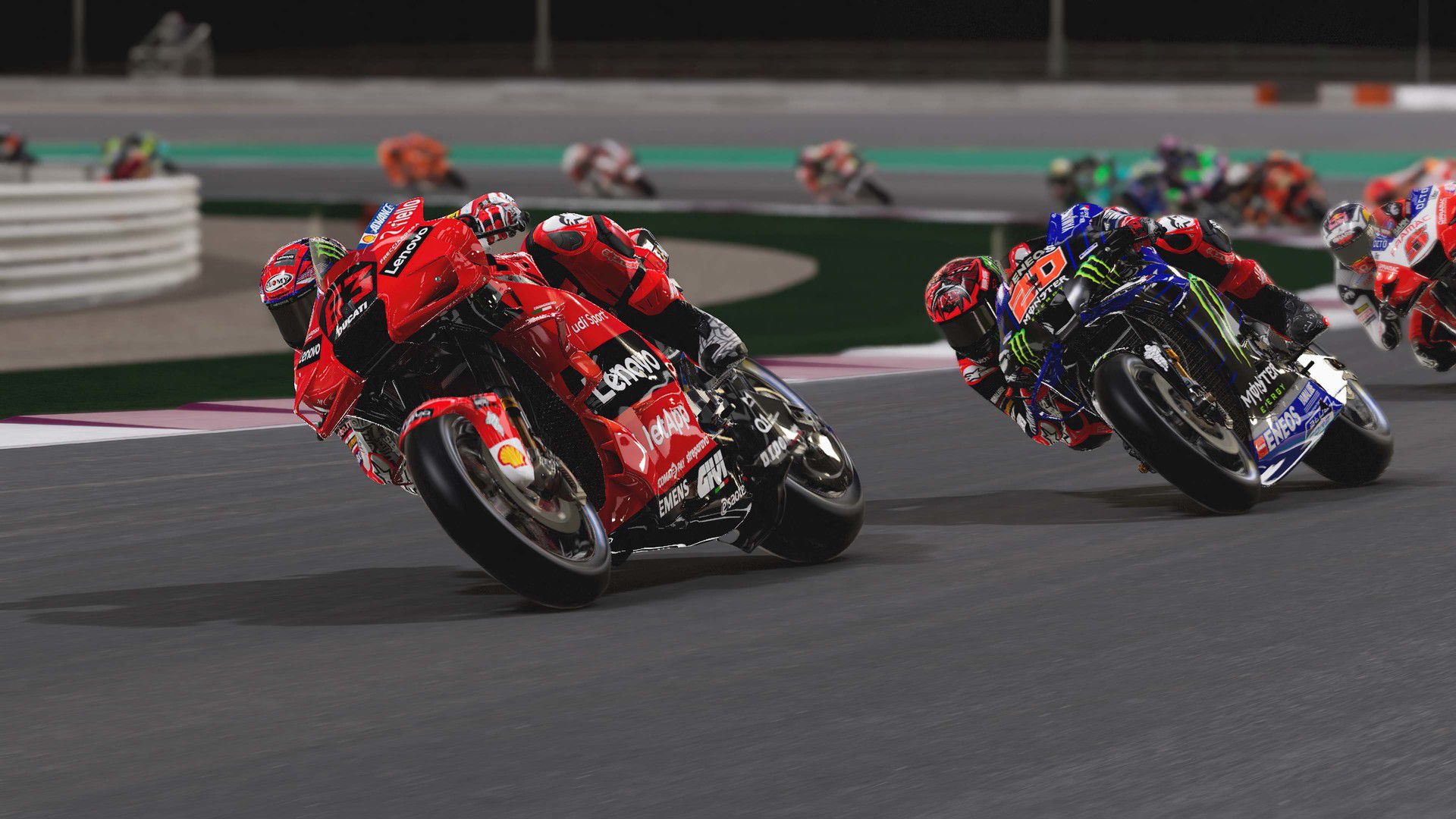 After 26 seasons, Valentino Rossi’s career in the world championship has officially ended last November. This was supposed to be the first season of the “post Valentino” also in the videogame field, but we hadn’t come to terms with Milestone. To the delight of fans of the most beloved Doctor on two wheels, the Milanese team has created an ad hoc mode renamed “NINE Season 2009“, to relive the MotoGP season of that year, one of the most electrifying of the last few decades that saw Valentino Rossi triumph. MotoGP 22 offers not only the possibility of racing – once again – with the number 46 on the windshield but also a revisited driving model, a strengthened tutorial, a more refined managerial career and a graphics sector embellished with new animations and an old-style split screen .

Without forgetting an ever richer fleet of pilots (legends have climbed the hill at an altitude of 70), an improved editor to customize the style of your alter-ego and, above all, the brilliant ANNA, the AI ​​developed by Milestone that uses machine learning to simulate the behavior of pilots. In short, the 2022 season promises to be one of the most important for the Milanese home: that of the definitive consecration.

To explain the differences between the riding model implemented by MotoGP 22 and the one we experienced last year (to learn more, here is the MotoGP 21 review) we resort to a rather current comparison that stands

making enthusiasts discuss a lot and driving insiders themselves crazy: the one between the new Ducati GP22 and the old GP21 also built by Borgo Panigale. The older Desmosedici driven by the “Beast” is proving more competitive than the official one entrusted to “Pecco” and “Thriller Miller”, regardless of the chassis / aerodynamic differences (spoiler, front fairing, fairing, tail, airbox), from the use of ” lowering device in the management of the front axle (which allows the center of gravity of the bike to be lowered when exiting the corners, giving the riders the possibility to open the throttle first) or from the exhausts used. MotoGP 22 seems to be a bit like the new Borgo Panigale GP22: theoretically it is superior to the old GP21 (there should be no doubt about it) but it takes time to extract all the potential.

The Milestone simulation, in fact, has introduced a series of innovations that have partially revolutionized the way to ride a MotoGP: from braking to cornering or using the engine brake, the 2022 edition requires a different approach. Does not reach the “punitive” levels of RaceWard Studio’s RiMS Racing (here is the RiMS Racing review) but Milestone also seems to have winked at the hard and pure simulation.

Right from the first braking after a straight run at over 320 km / h, it is easy to realize that to keep your racing car in the next corner it is not enough just to nail: as in reality it becomes essential to bring the brakes up to temperature and to be able to work at their best. suspensions that react differently (and more realistically) to the stresses of the tracks. You have to learn how to use the engine braketo manage tire wear and also the “Ride Height Device“, the famous lowering device (introduced by Ducati but banned by other manufacturers starting from next season) which can give a few more kilometers in terms of speed. For this reason the work of the MotoGP Academy, together with the tutorials that have been improved, becomes precious for the player who, through a series of challenges, can perfect his style.

Because the physical model of MotoGP 22 aims to reward the virtual rider capable of pinching down to the very last useful meter and bringing the bike right into the corner. And, above all, able to maximize the performance of the rear tire without reaching impossible lean angles (over 70 degrees) that have always characterized the MM93 driving style. In fact, keeping the string of the curve turns out to be much more challenging than in previous editions, while the search for the “sacred grip” can make the difference not only in the flying lap but also in the race pace, where variables such as tire and fuel consumption continue. to play a primary role.

The trajectories affect much more than in the past: Coming out of the rubber area it is easy to feel the lack of grip and overtaking in certain corners requires good sensitivity, as well as a lot of courage (the front closure is always around the corner). Even cuts on curbs or full throttle passages on asphalt depressions are felt much more than in the previous chapter and, above all, on tracks like Portimão or Austin it is easy to undergo constant changes in slope and direction (the weight is felt, and how).

Like always it’s about finding the right balance in braking and in managing the electronics, to prevent the bike from sliding off brutally under acceleration. The possibility of being helped by the CPU can partially mitigate the difficulty in mastering your own racing car: the problem is that even with the aid activated it is not always possible to obtain appreciable results. Furthermore, these devices do not work perfectly in all circumstances: assisted braking, for example, tends to penalize the player excessively in some circuits, with unrealistic slowdowns in certain sections. Falls, in general, continue not to convince us completely, even if there is no lack of them highside to Marquez …

Basically, the physical model implemented in MotoGP 22 requires a lot of dedication, regardless of the CPU assists (which do not seem to be particularly effective when braking) and the selected difficulty level. Reaching the limit with Quartararo’s Yamaha M1 or Rins’ Suzuki GSX-RR 2022 is a great challenge: going down the category, on the other hand, Moto2 and Moto3 prove to be more accessible, especially in the critical braking phase. After two years of great upheavals and innovations Milestone this time does not seem to have managed to find the right balance with regards to the physics engine of his famous series.

A bit too aggressive AI

The implementation of the ANNA machine learning system has allowed Milestone to recreate realistic behaviors regarding virtual pilots. Fewer trains, more credible overtaking and reduced carom able to ruin the race for the player.

In the 2022 version, the AI ​​does not seem to skimp in terms of aggression, especially in braking, which often turn into challenges at the last square meter of useful track. Attacks and closings are credible in the trajectories and lines drawn and the falls are never lacking: overall it’s nice to see CPU-driven pilots battle with each other. What keeps on hiding from the AI-controlled Quartararo, Bagnaia, Mir and company is a bit of strategy: from the race pace to saving tires to attack in the final laps, missing those subtleties that can make the difference in a simulation that focuses on realism. As far as penalties are concerned, the application of the “long lap penalty” for corner cuts seems to be more convincing in this second year.

The big news of MotoGP 22 is undoubtedly the NINE Season 2009 mode to relive the last title won by Valenino Rossi. Milestone has opted for something completely new, never experienced before in the other chapters of the series: one docufiction inspired by the usual Netflix “Drive to Survive”. The 2009 season is told by director Mark Neale through 17 chapters (in turn divided into short episodes) to retrace the most significant events of that year.

The narrative alternates with sections of the game in which the player has to complete certain objectives to unlock the following chapters: ranging from winning a race with Casey Stoner to finishing on the podium with Valentino Rossi and so on.

It is important to point out that you don’t play a simple sequel to Valentino Rossi The Game (do you remember? review by Valentino Rossi The Game): Milestone’s idea is to make us appreciate all the champions and bikes that characterized that unforgettable season. The dubbing is in Italian and it’s not bad: considering the protagonist of the docuseries, perhaps Guido Meda (the “National Guide”) would have been the ideal choice to narrate the deeds of the Doctor. All in all, Milestone’s mix of storytelling works well and NINE Season 2009 will appeal not only to Valentino fans but also to his detractors: it is certainly the happiest note of MotoGP 22.

Managerial career and other modalities

The Managerial Career is peeping out again offering the player the opportunity to create their own dream team. It is possible to start from an official team or build a brand new one starting with the Junior Teams in Moto 2 or Moto 3. There are no substantial changes compared to the 2021 edition: it is always a question of finding the right sponsors and a staff at the height. and, above all, to intelligently manage the technical and financial resources to develop a winning bike

It is possible to customize the calendar by deciding which GPs to compete in and there is not much else to report. As always, there is no lack of so-called “Fast Modes” which allow you to compete in a Grand Prix, a Time Trial and an entire Championship by configuring any parameter (bike, AI, laps, weather conditions, help and much more). Finally, we can also return to play in two on the same console / PC via the split screen, which works great.

For lovers of the legendary 500cc two-stroke there are all the legends of that period (Rainey, Schwantz, Doohan, Lawson, Cadalora just to name the most famous); however, we continue to have some doubts regarding the simulation model used to reproduce the performance and behavior of those “monsters”, who relied on the power of the engine and the throttle valve to obtain that grip that was not guaranteed by the chassis and tires of the era. Milestone has added about seventy legends (including those of the 2009 season) and all the prototypes that have characterized the last 30 years of the World Championship: true enthusiasts will go crazy and have fun competing with riders from completely different eras.

In addition to all the teams of the MotoGP, Moto 2 and Moto 3, we can also get on track with those of the MotoE and the Red Bull MotoGP Rookies Cup. The multiplayer sector uses the so-called vertical cross-play (PS4 players with PS5 players) to ensure a better gaming experience: to verify the improvements compared to the previous year, however, we must wait for the servers to be open to everyone.

As regards the audiovisual sector, on PlayStation 5 (the version we tested) continues to lack the effect “wow”. Milestone has worked to improve everything around the World Championship bandwagon, trying to use the Unreal Engine wisely to finally have more realistic faces. The result is discreet, but nothing more. The virtual Quartararo, for example, resembles his real counterpart even if the expressions on his face do not completely convince us. The same can be said for the Tardozzi of the situation and for all the pit crew. The mechanics / engineers animations, on the other hand, are still not up to par.

The bikes are wonderful and the movements of the riders on the track are excellent, while there is no shortage of pop-up problems in certain circuits. The work of embellishment orchestrated by Milestone ends with an even more exhaustive editor as regards the personalization of the rider and all his accessories (including the bike). On the sound front there is little to complain: the sound of the MotoGP engines is wonderful while the technical commentary is limited to the usual “pre and post race” by Guido Meda: when will a good commentary of the whole race with Sankio, Trito and Paso? 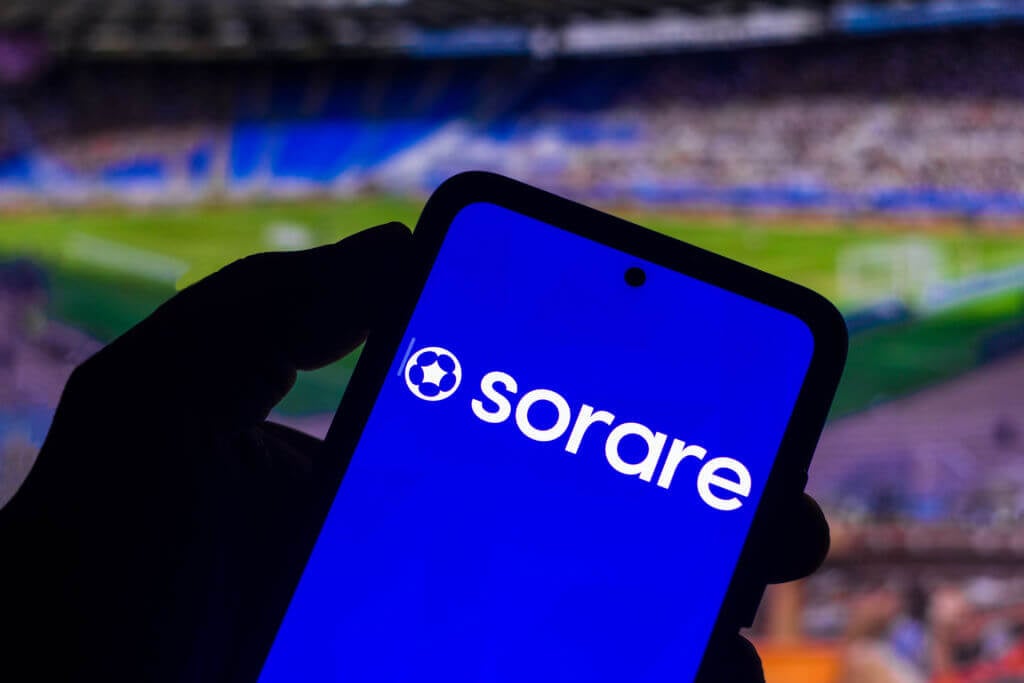