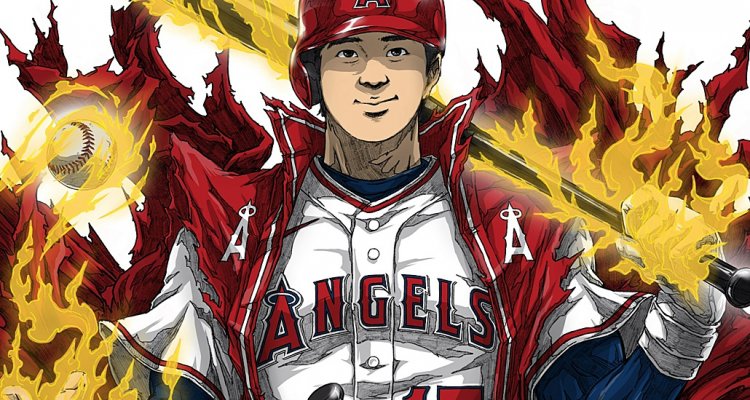 The MLB The Show 2022 review talks about one of the best sports games on the market, also available on Nintendo Switch this year.

Within the Sony catalog, the MLB The Show series plays a very particular role. First of all, it is the only sports simulation (together with Gran Turismo, if we want to consider it a sports game) in an offer focused almost exclusively on productions with a cinematic cut.

Even more unique is the fact that the game is available for all consoles: an exceptional thing, given how much Sony has always been jealous of the intellectual properties of PlayStation Studios. Despite this, the latest effort of Sony San Diego is available not only for Xbox One / X | S Series, but also on Nintendo Switch this year.

But modern times (and not only) are fluid and even the Japanese giant has had to surrender to the evidence that a sports simulation on (very expensive) official license cannot thrive if confined to a single platform, however rich it is. as prosperous and dominant as PlayStation. On the other hand, it is also not “fair” that a baseball lover cannot access the only licensed game available on the market because it is exclusive to the PlayStation ecosystem.

To test this renewed openness, for the MLB The Show 22 review we tested the game on Xbox Series X and One, so as to see how one of the best sportsmen on the square in the green lawn of the neighbor behaves.

Without too many preambles, let’s get straight to the point: Sony San Diego with MLB The Show 2022 has moved in the wake of continuity. The need to come out again on PS4 and Xbox One, two now very old consoles, this year also accompanied by Nintendo Switch, places a limit on the possibilities of evolution of the series. The American studio, moreover, in the space of two years has transformed from being an internal division of PlayStation focused on a single platform (PS4) to managing a multi-platform AAA production that must proceed in parallel on 5 consoles at the same time. A nice change, also from an internal organizational point of view, which certainly curbed the desire to introduce major upheavals in the game engine.

The other limit, from our point of view, is given by the very nature of baseball, a sport without major physical contacts and with many breaks in between. A discipline that, moreover, on television makes an extensive use of technology and graphics to tell the game and show in detail the strengths and weaknesses of a hitter or the trajectories of a pitch.

In other words, baseball is a sport that seems to be much closer to perfect synthesis than any other sport FIFA, Madden or NBA 2Ksimulations where a more accurate physics of collisions between bodies, a more realistic management of the trajectory and rebounds of the ball and a greater variety in the movements of the athletes could still distort the feeling on the virtual playing field.

Sony San Diegotherefore, unless a total rewrite of the game engine that goes to exploit all the computing power of the new consoles, it can only proceed by chisel, also because it basically offers one of the most profound experiences available on the market.

As soon as you turn on MLB The Show 2022 you will be faced with a quantity of choices really impressive, honestly a bit overwhelming for those unfamiliar with the dynamics of sport or previous versions of sports simulation. For all the others, however, it is a real godsend. Each fundamental of baseball, in fact, can be performed in 2 or 3 different ways depending on your preferences, your ability or the period in which you started playing video games. There is the method that requires “just” pressing a key with the right timing or the one that will prompt you to simulate the movement with the analogue levers. You can try to receive a ball by observing the trajectory of the serve or with a handy cursor that helps to understand where it will arrive.

Same goes for the pitcher: you can directly indicate where the launch will end (then hoping that the thrower will execute the command in the best way) or you can try to execute the shot directly, with more uncertain outcomes, but greater control over the situation.

From this point of view the steps forward are few and only the purists will notice a greater one impact accuracy of the baseball bat or a greater variety of animations and movements, mainly linked to the characterization of the most famous athletes who tread the North American diamonds.

As mentioned, the only limit to this approach is the way in which these choices are proposed, that is, through gods static menus through which it is possible to test the various control systems without explaining the advantages and disadvantages of one choice over another or being helped to understand how to improve. And not just through experience and experimentation.

The backbone of MLB The Show 22 has remained virtually the same, adding or refining the modality present last year and adding a 2 or 3 player co-op mode for friendlies or a limited Diamond Dynasty.

As for the mode March to October, a sort of accelerated and simplified Franchise, the biggest news is that you can go beyond the single season, with an entire off-season of exchanges and purchases in free agency that will occupy the months between one year and the next. The historic modality Franchise, on the other hand, it allows you to go into the details of all those simplified March to October processes and to check in detail the management of both the team and the entire franchise. Unfortunately, the mode is still marred by a somewhat lax CPU, too inclined to trade its stars for a counterpart not up to par.

The main career mode of MLB The Show 22, Road to the Showhasn’t changed much from the past. True, it’s good to see legends of the likes of Ken Griffey Jr. And Joe Mauer to comment on our enterprises, but it is perhaps a bit too little. For the rest it is the usual story of a player who passes in a short time from being one zero upon reaching the state of herothrough training, but also thanks to the equipping of new and more performing objects.

Too bad, moreover, we cannot try to emulate the cover man Shohei Ohtania phenomenon capable of hitting and throwing at the highest levels, because the regulation is not updated and our athlete cannot return to serve after being replaced as a pitcher.

Diamond Dynasty it is, on the other hand, the ultimate MLB Team The Show 22, that is a mix between a management software and a collectible card game, with which to assemble your dream team. This year you can play your team in miniature leagues against the computer with only 3 innings matches, a good way to get credits with which to grow your team faster.

Overall, therefore, a series of small improvementsunable, however, to distort the judgment on the game.

We want to reiterate it: the lack of weighty news does not mean that MLB The Show 2022 is not an excellent game. Maybe it’s there most complete sports simulation on the marketwith a level of fidelity, especially compared to what can be seen on television, truly amazing.

Everything, from stadiums to choirs, passing through the reproduction of the main athletes, their movements and theirs trademark moves, it is reproduced to perfection and an inattentive eye may struggle to distinguish real from virtual, especially when played in 4K on Xbox Series X or PS5. Here the animations seem more precise, the details are sharper, the lights more realistic and the stadiums more vivid.

The comment, another element that has always been very well cared for in American sports simulations, has been renewed. The two main voices are now ESPN’s Jon Sciambi and Chris Singleton, much more precise than the historian Matt Vasgersian in describing what happens on the diamond. As often happens when there is a similar rotation, you will soon notice a little variety in the pre-recorded phrases: it will take a few editions to enrich the game database without having to kidnap commentators for so many months in intense dubbing sessions.

MLB The Show 22 is the best, but also the only, baseball game on the square. The American league and Sony did well to bring the experience to as many platforms as possible, so as to reach all potential fans, wherever these video games are. It is a beautiful experience to behold and extremely deep and malleable that suffers a little from the lack of real news (a constant for the annual releases) and in the ability to introduce novices to the secrets of the diamond.