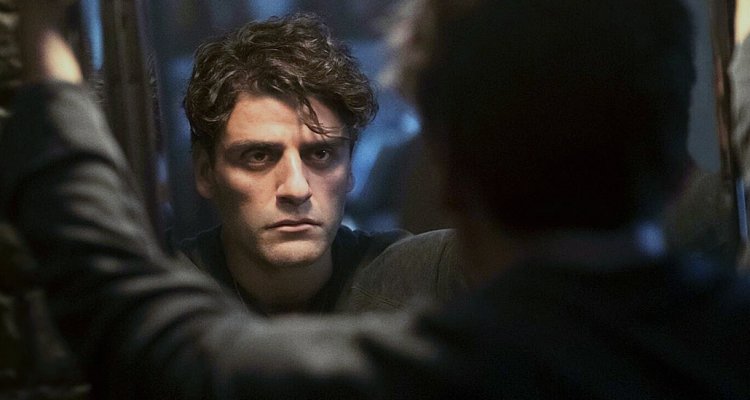 The review of the episode 1×05 of Moon Knight, or the penultimate episode of the TV series on Disney +, takes us into the mind of the superhero protagonist.

The fifth episode of Moon Knight would have been an hour of great television … if only it hadn’t also been the penultimate of a series that has not yet understood what it wants to be. Borrowing the immortal words of Dr. Ian Malcolm, until last week we wondered if it was “expected to see Moon Knight, in this series called Moon Knight”, but Disney + continues to turn a deaf ear and still we have not been able to frame its existence within the so-called Phase 4 of the Marvel Cinematic Universe.

We want to clarify one thing, while we’re at it. That Moon Knight can be completely disconnected from the MCU, she can also be there. For some it is even better this way. But the great fresco of the Marvel Studios has always been based on a motto ever since it began to develop beyond that 2008 Iron Man: “It’s all connected”, it’s all connected. It is the main characteristic of him, just like in the Marvel comics that he transposes into flesh and blood and computer graphics. If we take it off, it remains a product that must stand on its legs with a strong and decisive identity: paradoxically, Moon Knight, who should have at least three, does not seem to have even one.

As usual, watch out for spoilers: we will try to remain vague, but in ours Moon Knight episode 1×05 review there may be some anticipation. Maybe read it after watching the episode and let us know what you think.

A name: Oscar Isaac. There had been little doubt about the talent of the Guatemalan actor for some time, but this episode confirms his versatility. Isaac practically holds the entire duration on his shoulders, confronting himself in a situation that finally puts the two personalities we have known so far face to face: Steven Grant and Marc Spector.

The episode is what would be called a “character study”, even it is not clear where Marc’s one ends and Steven’s begins. We have spent more time with the latter so far and have seen it “grow” over the course of four weeks. Steven started the story as a bewildered and confused man in a bigger situation than himself and slowly pulled out the attributes, while remaining a mild voice of reason. The new episode therefore plays on the friction between the different characters of Marc and Steven: while the first comes to terms with his memories, the other has to deal with a terrible truth.

The episode is a real punch in the stomach for those who have had abusive or bereaved parents at a young age. In this sense, Marc’s drama is human and recognizable: Rebecca Kirsch and Matthew Orton, who sign the script, have finally managed to establish an empathy between the protagonist and the spectator, but perhaps it’s too little too late. In Duat we saw Marc’s victims, but we spent very little time in Marc’s company to frame his torments or his sense of guilt. As things stand, those ghosts appear to us as extras or generic enemies that ours face briefly in the very last few minutes and transmit nothing more to us.

Of course, not everyone elaborates a family drama by generating a secondary personality – if not more, eh – only to then find themselves acting as an avatar for an Egyptian god with delusions of grandeur. In short, episode 5 of Moon Knight is the real one origin story of this superhero who, however, we have seen very little in action: it is not a problem that we have been told about it once the series has begun, but close to the end.

Virtually the entire episode revolves around flashbacks with Oscar Isaac: Layla also disappears, but returns Ethan Hawke to play Dr. Harrow. It is, in fact, a reference to the first original appearance of the character in the comics of Moon Knight: a few weeks ago we explained to you that Marvel Studios have chosen an enemy that appeared very little in the editorial history of the Khonshu’s fist, transforming him into a holy man when in the beginning he was actually a doctor specializing in the study of pain. In the fifth episode the phlegmatic Hawke interprets it as a projection of Marc and Steven who envision the Duat as a psychiatric hospital.

There Duat it was in fact the antechamber of the Hereafter for the Egyptians: the dead were judged by the scales of Anubis and if the weight of their heart corresponded to that of the feather of Ma’at, then they were allowed to cross into the realm of the dead true and own. Otherwise, they disappeared completely into thin air, which was an even worse fate than death.

With all this Egyptian mythology to speak of, the TV series sacrificed a lot of another relevant aspect of Moon Knight’s character in the comics: his Jewish origins. And to say that in the weeks leading up to the release of the first episode, it was read that they were going to be very important. Episode 5, on the other hand, almost blatantly reveals that the Spector family was Jewish. In the comics this is important because Elias Spector is a rabbi who escaped the Nazis and Marc discovers that another rabbi friend of theirs is actually a Jewish hunter. The authors of the TV series have practically deleted this somewhat anachronistic part of the character to trace his childhood trauma to the death of his little brother (who in the comics, ironically, would have become first a mercenary himself and then a villain known as Shadow Knight).

The reworked origins all things considered don’t bother us that much, but the final episode will have to respond to two questions. The first: what will become of Steven? Did he really disappear, leaving the field open to Marc? Would this mean we will no longer see his alter ego in costume, Mister Knight? And then: why judging Marc / Steven did we find the funny Taweret in computer graphics and not Anubis? What became of the jackal god? By the way: applause for the special effects, because Taweret’s computer graphics model was truly convincing, as was the footage of the ship sailing the desert sea in the otherworldly scenario.

Aside from that, however, Moon Knight 1×05 increasingly confirms our opinion that the series – marked as Limited by Disney + and therefore apparently tied to a single season – has been a real waste of talent and resources. The race will end next week, when we will find out if the last episode – which should be longer than usual – will be able to effectively close this strange television parenthesis or if it will be resolved in yet another fist fight to the sound of special effects. If nothing else, we will see Isaac in costume again.

The fifth episode of Moon Knight is shot very well and acted even better and we appreciate the courageous choice to distance ourselves from cinecomics with something much more mature and understandable like trauma and domestic violence, but a narrative of this type would have made sense in a longer season and in a moment that was not the antechamber of the grand finale. It will be hard to solve everything in one episode, but next week we will be in the front row to understand above all what future Moon Knight could have in Phase 4 of the Marvel Cinematic Universe.