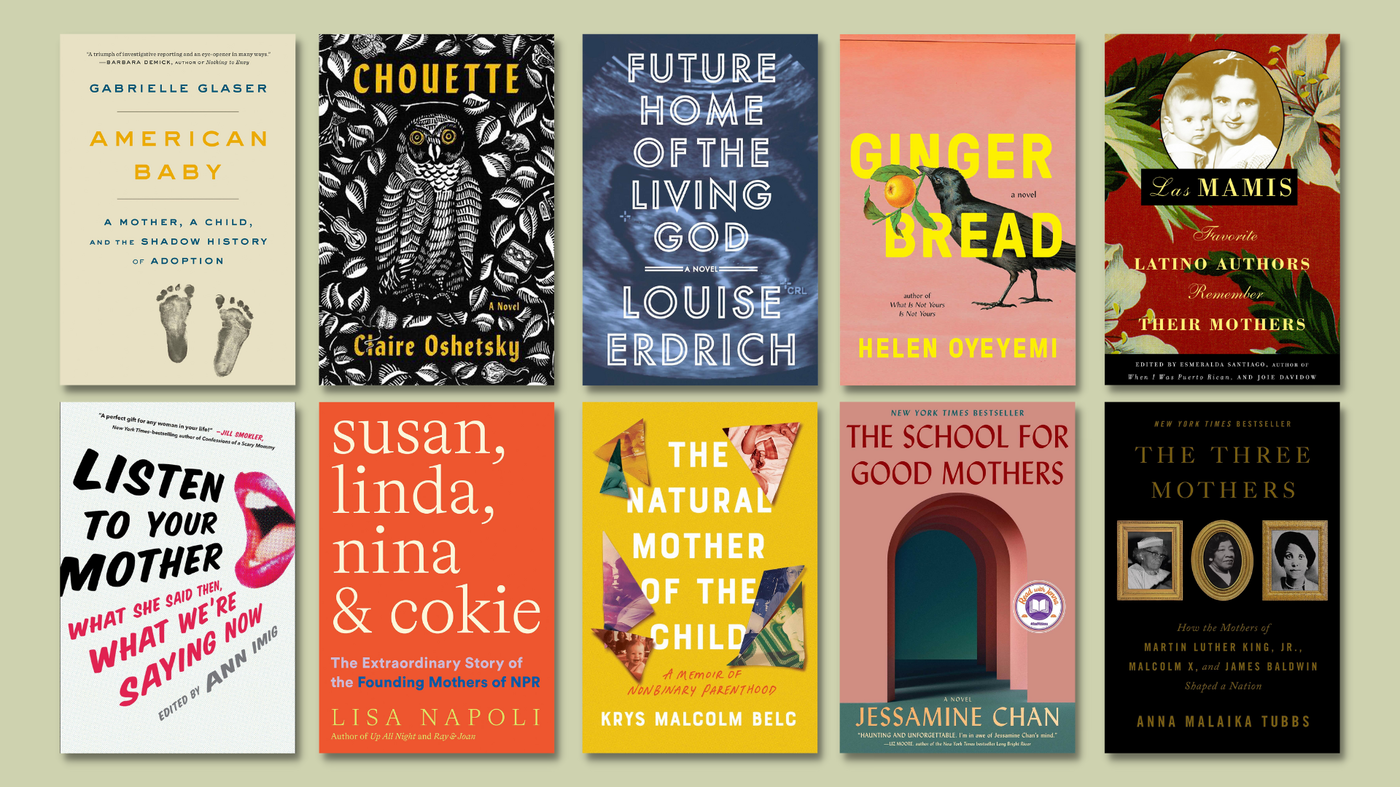 Mothers (as well as aunts and abuelas) are often the unsung heroes of our lives. They help us with last-minute school projects, cut us fruit when we’re sad, and pretend to understand the TikTok we share with them.

Still, parenthood can be difficult — and even scary. Raising a child is a big responsibility and mothers, especially in the West, often don’t get the support they need. They might see their aspirations suspended or feel ill-equipped to be the “perfect” parent.

But many of us wouldn’t be where we are without the care and guidance of our mothers. This Mother’s Day, we’ve rounded up 10 books about the joys and sorrows of parenthood and what it means to be a mom, in all its intricacies.

American baby: a mother, a child and the shadow of adoption history by Gabrielle Glaser

A bittersweet story of adoption in the United States, american baby chronicles the life of Margaret Erle and her son Stephen Mark Erle, later renamed David Rosenberg. One of the many young “single mothers” in the american baby boom of the 1960s, Margaret was forced to hand her son up for adoption before she even had a chance to hold him. While Rosenberg grew up in a loving family, he always wondered about his biological parents and was eventually able to find Margaret through modern DNA testing. Glaser follows the impact this gated adoption had on a Jewish family, as the often questionable practices of adoption agencies and social workers evolved, and how those practices continue to reverberate today.

Tiny, the narrator of the novel, is pregnant… with a baby owl. If that’s not confusing enough, his owl lover was a woman and they only met in a dream. At first, Tiny isn’t even sure she wants the child. But soon enough, she falls in love with the little nocturnal creature she gave birth to and pledges to support Owl as best she can, even as her husband desperately searches for a way to “fix” their owl daughter. Thoughtful, funny and sometimes grotesque, Owl is a moving portrait of love and the difficulties of raising a child who is not like the others.

Listen to an interview with author Claire Oshetsky on Owl.

The Future Home of the Living God by Louise Erdrich

In a series of journal entries written for his unborn children, Cedar Hawk Songmaker tracks his grocery lists, routines, and reconciliation with his birth mother. But it’s not your typical diary: the 26-year-old lives in a dystopian near future where nature is rapidly changing. Ladybugs grow to the size of cats, archeopteryx walk the earth again, and the few people able to carry babies to term face the possibility that their children may not be recognizable as humans. In Cedar’s poignant reflections, Louise Erdrich encapsulates the tumultuous and fiercely loving experience of motherhood in uncertain times.

Fairy tales are among the first stories children are exposed to, but Helen Oyeyemi knows they are not just for young people. As the critic Michael Schaub notes, while outlining the plot of Oyeyemi’s book is an easier task said than done, the novel follows Harriet Lee and her 16-year-old daughter, Perdita, as the mother recounts her childhood in Druhástrana – a land which may or may not exist. With Oyeyemi’s singular use of language and wonderfully bizarre world-building, gingerbread is a delightful reimagining of the stories many of us grew up with.

In this anthology, Esmeralda Santiago and Joie Davidow ask acclaimed Latin authors — such as poet and political activist Gioconda Belli, writer Dagoberto Gilb, and NPR’s Mandalit del Barco — to share their mothers’ stories. As the trials criss-cross Latin America and the United States, the results are a moving tribute to the beautiful, funny and sometimes troubled legacies that mothers leave for their children.

Listen to your mother: what she said then, what we say now, edited by Ann Imig

Created by Ann Imig listen to your mother on Mother’s Day 2010, when she and 11 other writers read their motherhood stories to an audience of 300 people. Since then, the production has become national and has even given birth to its own anthology. The book pays homage to the vast complexities of motherhood and shares a diverse collection of short essays by ordinary people covering topics from poverty to infertility and everything in between, with humor and grace.

Over the past half-century, NPR has established itself as a trusted and reliable source of news for listeners around the world. But in its early days, the newsroom struggled to find a foothold on American airwaves and sought out bright (and relatively inexpensive) workers to help get it off the ground. Enter Susan Stamberg, Linda Wertheimer, Nina Totenberg and Cokie Roberts. Lisa Napoli’s intertwining biographies of NPR’s “founding mothers” offer fascinating insight into the early days of the newsroom and showcase the intelligence and wit of the groundbreaking ensemble that paved the way for countless women in journalism.

Hear from the “Founding Mothers” reflect on 50 years of NPR.

The natural mother of the child by Krys Malcolm Belc

While most people associate “pregnancy” with “motherhood,” where do transgender and non-binary parents fit in? This is a question that Krys Malcolm Belc thinks about, and cannot always answer, in The natural mother of the child: memory of non-binary parenthood. Through essays, legal documents and photographs, it chronicles queer parenthood and bearing a child without attaching motherhood to the experience.

Read Britni de la Cretaz’s review on The natural mother of the child.

The school of good mothers by Jessamine Chan

Frida Liu’s husband left her for a much younger Pilates instructor, and she feels dissatisfied with her job at the University of Pennsylvania and completely exhausted trying to raise her baby daughter Harriet on her own. After a temporary (but significant) lapse in judgment, Frida loses custody of her daughter and is sent to a prison-like institution where she and other “bad parents” – mostly mothers – learn how to be successful parents. The school of good mothers is an ironic look at the impossible standards of “the perfect mother”.

The Three Mothers: How the Mothers of Martin Luther King, Jr., Malcolm X and James Baldwin Shaped a Nation by Anna Malaika Tubbs

Women are often the unspoken heroines of the story, but Anna Malaika Tubbs hopes to change that. His literary debut focuses on the lives of Alberta King, Louise Little and Berdis Baldwin – the mothers of some of the most influential civil rights figures in the United States. With a meticulous eye for historical context, Tubbs describes the lives of these women in all their triumphs and sufferings and the pivotal roles they played in their children’s activism. A detailed and empowering celebration of black motherhood, Three Mothers reminds us how often our history books are incomplete.

Listen to Anna Malaika Tubbs on the TED radio time.