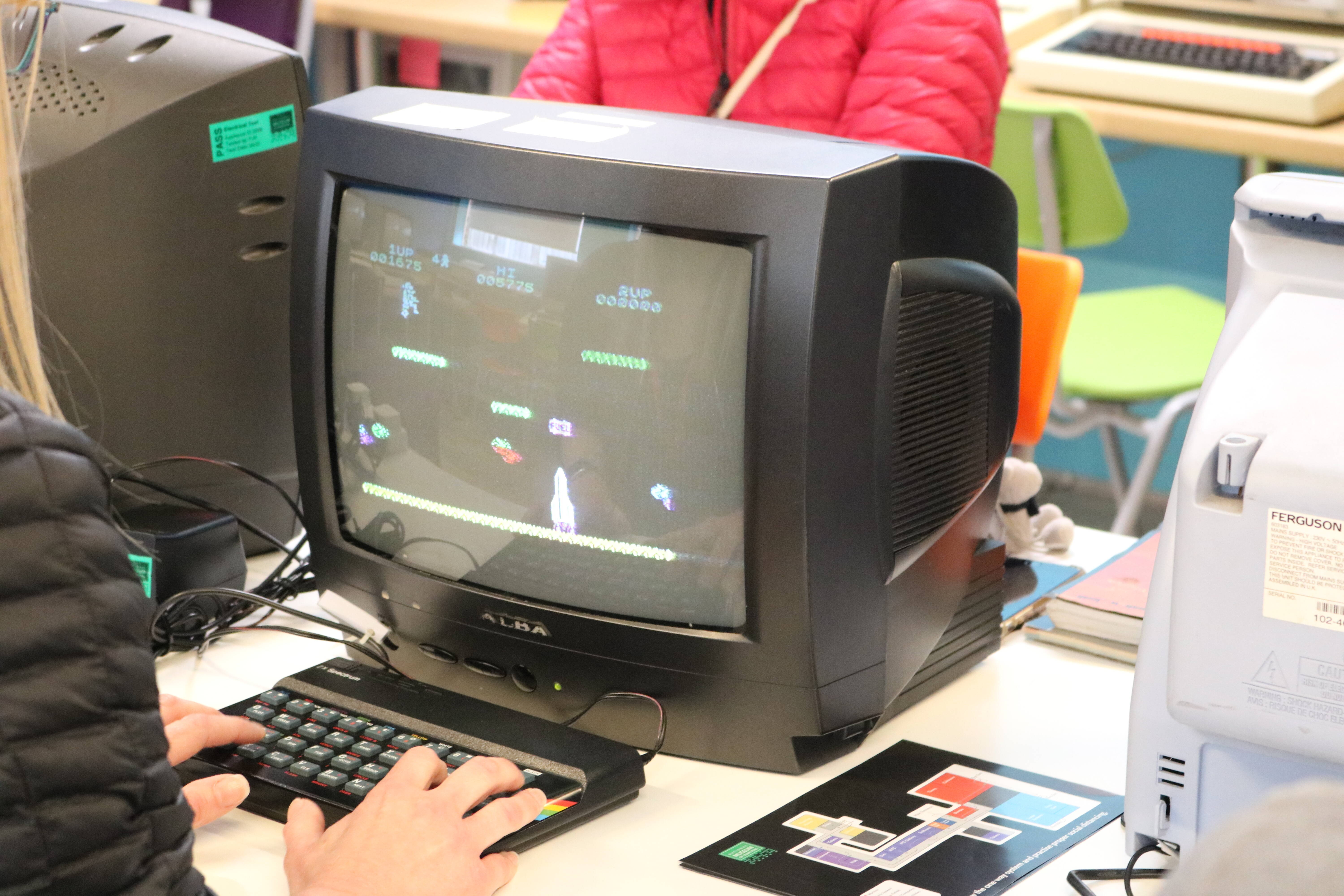 Interview The register took a road trip last weekend to celebrate the ZX Spectrum’s 40th anniversary and visited the National Museum of Computing in Bletchley Park and the Center for Computing History in Cambridge in search of the marvel’s origins (and clones) rubber key.

The trio took part in a pair of TNMOC Q&A sessions, with the latter providing insight into life in the Sinclair household as the ZX Spectrum whirlwind took hold. “Birthday presents were the bike, Christmas was Sinclair’s last thing,” Crispin recalled.

The myth of Clive coming and looking over the engineers shoulder and asking, slightly wryly, “So what would happen if this component was removed?” was very real and kept the engineers on our toes

He remembered being in sixth form university – a period of education for 16 to 18 year olds in the UK – when mania hit. “It was kind of fun,” he said, “because everyone in sixth grade had a ZX81 or a Spectrum. It was really the first time it had happened; before that, there was no of personal computers that millions of people owned.

When it comes to tech support, it seems Sinclair got off lightly, instead indulging in the school pastime of swapping games with his peers. Tape-to-tape copying wasn’t mentioned, not that this writer’s teenager ever did. Oh no.

Being on the cutting edge of Sir Clive’s technology also meant giving feedback, though Sinclair scoffed that the inventor didn’t always respond too well when that feedback wasn’t entirely positive. “He wasn’t very enthusiastic if it was negative,” he explained. “For example, the A-bike – it’s a good design – but the original had very small wheels and was quite hard to pedal really. But if you kind of told him that, he’d be all ‘ok, It’s okay .'”

Sinclair regaled the audience with stories from the cutting edge of Sir Clive’s products, such as the loss of college assignments thanks to the vagaries of the ZX Spectrum’s follow-up, the QL. However, he expressed surprise at how successful the former was. “There are a lot of people who wouldn’t be in IT today,” he said, “if they hadn’t had a Spectrum under their Christmas tree.”

Steve Vickers and Richard Altwasser echoed Sinclair’s comments on the impact of the personal computer, saying they both spent the year before launch working on hardware and ROM, but not realizing the impact that the computer would have.

Moving on from the ZX81, Vickers described the Spectrum as “just a natural progression; we know we can do better than the previous one.”

However, he’s right: for the time, the ZX Spectrum did indeed have impressive high-resolution graphics compared to its rivals, even taking into account the notorious color clashes due to hardware limitations.

Altwasser tackled this issue head on. “We still talk today about the feature – and I call it a feature – called color-clash… people said ‘well, why didn’t we have real high resolution colors? color of resolution where you could individually address the color of each individual pixel on the screen?’

“Or ‘why don’t we have hardware sprites moving across the screen?’ Of course, we could have done all of those things. The technology was available, we knew how to do it…but one thing we didn’t mention was that we had a price to hit.”

As Altwasser poured cold water on stories of Sinclair removing components during the design process, he said: “The myth of Clive coming and looking over the engineers shoulder and asking, slightly wryly, ‘So what would happen if this component was removed?’ was very real and kept the engineers on our toes.

“We had to compromise. So the color graphics scheme where we had one byte, one attribute byte per character that set foreground, background color, blink and highlight, which was sort of taken from teletext, was one of the many compromises we had to make to hit that £125 home price.”

In addition to the hardware, the ZX Spectrum is memorable for its manual and the introduction it gave the multitudes to coding. Steve Vickers, who worked on the ROM firmware and documentation for the machine, recalled: “Despite being ‘only’ a games machine, the Spectrum was extremely educational.

“One of the hardest things about teaching programming is that it [programming] is a creative activity. It’s not just about knowing the rules of the programming language and how to avoid compilation errors, it’s about knowing how to have enough control over the machine to be able to get it to do creative things,” said said Vickers.

“When I was writing the manual, the one thing I really wanted to avoid was the kind of brick wall you can get to when you’re just following and suddenly hits a wall where, unless you don’t support a huge amount of understanding, you just can’t make any progress.”

User manuals for computers of the time (and we should have included other machines in the category) tended to be comprehensive and Vickers’ work, together with the (relatively) inexpensive Sinclair hardware, gave early users a taste of coding.

And then there were the clones. Sinclair noted that hundreds of new ZX Spectrum games were still being released, and the computer’s impact went far beyond UK shores.

We took a short trip to the Center for Computing History (CCH) where, in addition to units on display to play with and a prototype protected by a plexiglass box, a variety of clones ranging from Timex units to some downright crazy Europe from the East and models from the former Soviet Union were on display.

How many ports would you like on your Spectrum+ clone, comrade? (photo: Richard Speed)

We spoke to CCH founder Jason Fitzpatrick about the challenges of maintaining the hardware and, like TNMOC, he noted that the most important was the custom Uncommitted Logic Array (ULA) chip at the heart of the machine. Almost everything else (even the infamous membrane keyboard) can be replaced or repaired.

ULA, however, is the life-limiting factor and replacing it with modern silicon means venturing down the path of what, exactly, counts as original.

Who needs tape load errors when you have a cartridge port?

Fitzpatrick said he believes in exercising museum equipment. While some units are carefully preserved with their original packaging and carefully handled according to the rules of the accredited museum, others are switched on and ready to use. “In our experience,” he said, “using these things keeps them running, keeps the capacitors charged and in good condition.”

Exercising a ZX Spectrum at the Center for Computing History

Heck, give CHC a little heads up and they’ll pull out the computer that Steve Vickers and Richard Altwasser made next: the Jupiter Ace.

The challenge, he continued, is to find “middle ground” between overexploitation and conservation.

With millions made, there is no shortage of spare parts at the moment, although Fitzpatrick said the museum was trying to maintain a cross section of what was available at the time. “We have to have something in the region of about 20 that we keep that are variations that we want to preserve.”

Then there are the Vanilla Spectrums, 40 or 50 of which are hiding in museum stores.

While the usual suspects, including microdrives and a thermal printer, were on display, Fitzpatrick’s favorite add-on is a crazy-sounding joystick made from BMX bike grips and mercury switches.

We’re relieved, though, to find that the Spectrum on display used a more normal controller. The challenge of games at TNMOC (Jetpac, manic minerand Horace goes skiing) required pressing the rubber keys, which is why this writer was so bad at assembling and refueling rockets. Honest.

We highly recommend a visit to both TNMOC and CCH for hands-on action with the material. TNMOC also carries a wide variety of working computers from the 1970s, 1960s, 1950s and earlier. And CCH runs a unit in Cambridge’s Grand Arcade at the weekend where games from the past 45 years are showcased for players to familiarize themselves with.

Fitzpatrick told us that Jetpac was available in the latter but, after this writer’s frankly appalling performance at TNMOC, we’ll stick with To go past. And maybe fight on the Atari 2600. But that’s another story. ® 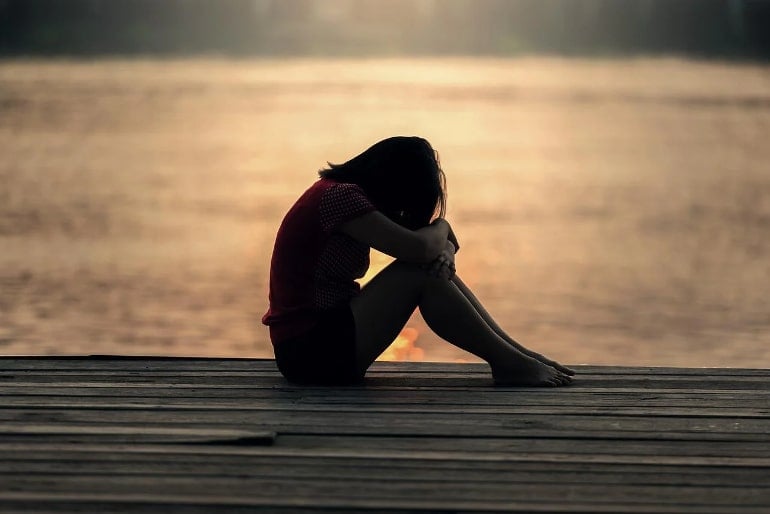 Is hypersensitivity a power or a weak point?