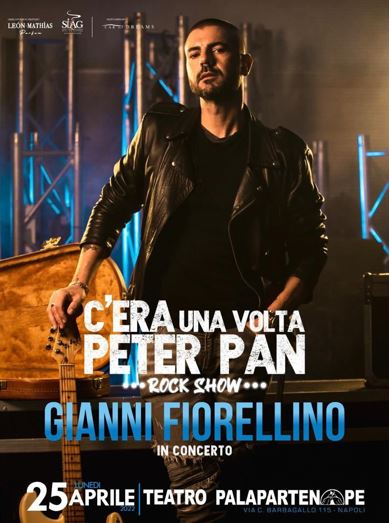 NAPLES – The singer Gianni Fiorellino returns to the stage on 25 April at the Palapartenope in Naples, where the sold out was already registered last December (after just one month of presale), with his unreleased show: “Once upon a time Peter Pan. Rock Show “a real musical journey that starts from the first song sung by Gianni at the age of seven up to his hits and the songs of the moment, which merge, and this is the peculiarity of the show, with rock sounds with which the musician Fioravante Fiorellino alias Peter Pan, who tragically passed away in 2020, grew up thanks to his father, and to whom the show will be dedicated. A highly anticipated live, in which Gianni from the English hard rock culture from which Deep Purple come, John lord (founder of Deep Purple) and Led Zeppelin who were among the great innovators of rock and among the main pioneers of hard rock and to whom he belonged musically his father, thus extracted the best sounds, creating a synergy that would marry his Neapolitan music and rearranging his best hits on the occasion of the concert that will see four musicians on stage: on drums Mariano Barba, on bass Pasquale De Angelis , to the guitars Vincenzo Battaglia and Edoardo Taddei.

The show will therefore give space to the successes of the past and to the excerpts from his latest record, songs in which Fiorellino traces his human and artistic existence, based on the bonds of friendship, love for his wife, that for the children and for the father, all with a scenic setting that will transmit great emotions thanks also to the technical support of Pasquale Lombardi and Ciro Zambello and with the programming of the lights and graphics by Mirko Ruggero while the sound part will be entrusted to Roberto Rosu .

The concert will be filmed and then edited by Luciano Filangieri who is directed.

The project is produced by Dublitel in collaboration with Gruppo Ros with the advice of Leone Produzioni of Melania D’Agostino, wife and right-hand man of the singer.

“We will walk – explains Gianni – a musical path made up of feelings that range from friendship, family to children and love for one’s wife. There will also be moments a lot

moving as when I talk about the disappearance of my mother in January until the death of my father, from which the concert takes its name, Peter Pan but not

there will be some surprises that I will not reveal to you and above all the real experiment will be that of the marriage between my music and rock, and I do not hide that I already have the adrenaline and I can’t wait to get on stage to show you this unprecedented rock show “.

The appointment is therefore for April 25 at the Palapartenope in Naples to attend this new version of Fiorellino, certain that it will be a success already announced with a sold out already centered.

Once upon a time peter pan is sponsored by Siag Caffè, who strongly believed in the project

Gianni Fiorellino was born in 1982 in Naples.

Already at the age of 7 he began studying piano; he later graduated in piano and began to perform successfully in Neapolitan clubs and theaters. At 14 he is already the protagonist of his first album entitled E io canto.

Since 1997 in collaboration with Mario Simeoli of Clacson Records he has written music and in that year gives life to There is a voice in the tour. The following year he produced Dolce pulcino (with Mariano Barba and Vittorio Riva on drums) and in 1999 he won the Naples Festival with the lyricist Antonio Casaburi with the song “Girasole”. In this year he also receives the “Renato Carosone award”. The following year the song will be part of the new album entitled Futurosemplice. In 2001 his first collection of excerpts from previous studio works called Racconti di… vita.

In 2002 he took part in the Sanremo Festival in the Youth section with the song “Ricomincerei” in collaboration with Antonio Casaburi, finishing 4th in the standings. The song will be contained in the album Gli amori sono in noi of the same year. Subsequently he participates in the “Festival dei Due Mondi” in Spoleto as a jazz player on the acoustic piano. In 2003 he participated again in the Sanremo Festival with the song “Bastava un niente”, finishing 5th in the standings. He participates in the 2004 reality show Music Farm (Rai 2). On 15 August 2004 he recorded his first live album from Piazza Diaz in Naples entitled Live Tour (August 2004 Naples): it will be released three months later with 18 songs, including an unreleased one. In 2005 the Passion album was released with ten new songs in collaboration with artists Kevin Hettenne, Dodi Battaglia and Mario Reyes.

Since 2006 he has acted in the musical Masaniello, playing the role of the protagonist.

In 2008 he tries to qualify for the Eurovision Song Contest 2008 for Bulgaria, but fails for a few votes. In the same year she gives life to her second collection entitled XLMC – For my city, which is presented on December 27 in Piazza Dante in Naples.

In December 2015, with the signature of Vincenzo D’Agostino, the Neapolitan-language album I keep promises was released on the Zeus Records label with Lele Melotti on drums.

In January 2017 he took part in the Zappatore drama, a project by Nino D’Angelo in memory of Mario Merola, being thus engaged in the theater together with Francesco Merola, directed by Bruno Garofalo. On 3 October of the same year he publishes his new record almost entirely in Neapolitan language, entitled Overo se po ‘ffa’, distributed by Zeus Records and which sees Lele Melotti on drums again.

On 18 September 2018 he released the off-record single L’unica femmena, via Zeus Records, with text by Vincenzo D’Agostino, music and arrangements by the same singer-songwriter and with the return to drums by Mariano Barba.

On 4 April 2019 he publishes the blu-ray / double live Overo se po ‘ffa’ Live Palapartenope, also distributed by Zeus Records, taken from his show in the tent-theater of Fuorigrotta on 10 November 2018, which records the sold-out a few months after the announcement. The live shows on stage musicians such as Mariano Barba (drums), the two musicians of Peppino Di Capri Pasquale De Angelis (bass) and Antonio Balsamo (keyboards), the young Guido Della Gatta and Raffaele Salapete (guitars). On November 5th of the same year he announced the new album Sono semper io, which will be distributed by Mea Sound from December 9th. The disc contains the singles “Malatia” (with Franco Ricciardi) and “Tre rose rossa” which anticipate it widely, as communicated by the announcement of a new concert-show at the Palapartenope theater in Naples, entitled Sono semper io – From a lifelong journey, which was held on 11 January 2020. From this concert the single “Nun riattacca ‘” is extracted, preceding the live album being worked on during the stop period caused by the Covid-19 pandemic.

Waiting for the resumption of live activity stopped by the restrictive provisions in force in Italy, Gianni publishes the homemade single “Nisciuna nuttata nun po ‘maie ferni'” which also sees the singer-songwriter on drums.

On March 31, 2021 he announces his thirteenth album Once upon a time Peter Pan, premiered on April 12 on his Facebook page. On 13 April via Zeus Record the disc accompanied by the DVD of the live at the Palapartenope in January 2020 is released I’m always me – from a journey along a lifetime and the single “Carme ‘”. The album also contains the song released almost a year earlier “Nisciuna nottata nun po ‘male ferni'”. In this record work, in addition to the presence of Mariano Barba in 5 songs, there is also Steve Ferrone in “Chillo è sempe ‘o himself”, opentrack, and in “A good actor”. 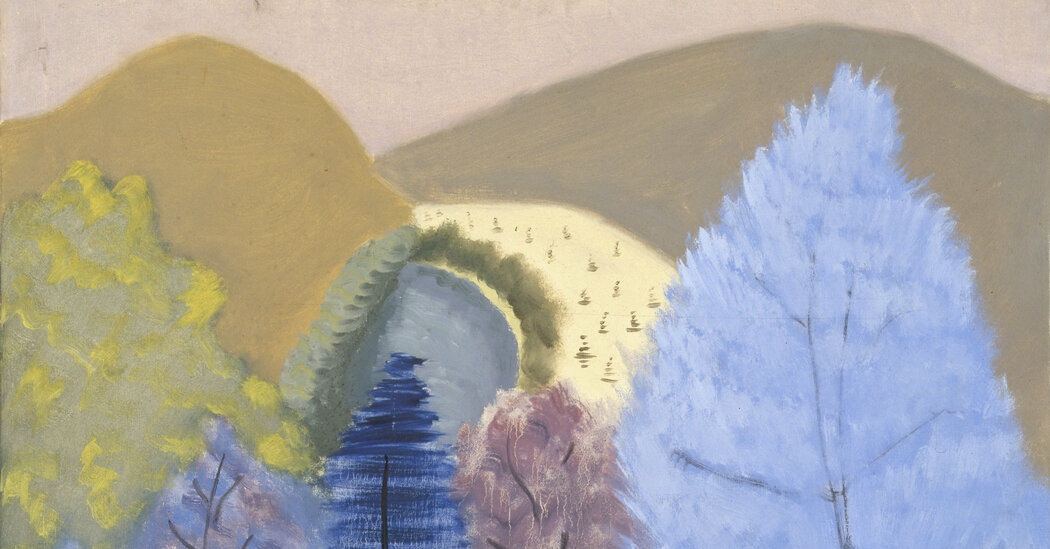